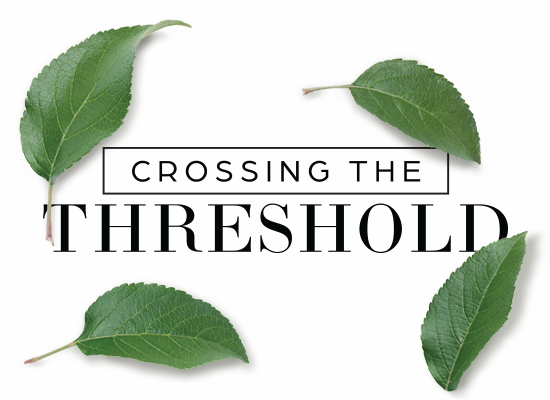 Gateways conjure a vast array of meanings—representing both a figurative and literal progression that promises something new on the horizon. Evolution by chance or design is on the way, and this story has no shortage of such multifaceted meanings. But we did begin this journey with an actual gate—one in which Paul Catania Jr. was captured stepping through as he led us down the strategic past of Toronto, Ontario-based Catania Worldwide.

Now, two years after The Snack dove into finding out why this company is Purposefully Incomplete, another threshold is crossed 1,900 miles away by the next generation of the organization’s namesake.

Matt Catania is stepping through an entirely different gate both metaphorically, as he leads the way in cracking open a southern corridor, and literally. Matt is carving out his own chapter in Catania Worldwide’s legacy, and he is doing so from the Lone Star State—a surprise to everyone, including him. 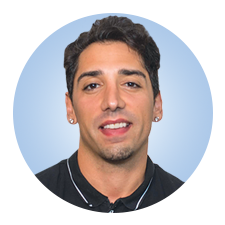 “This has become so much more than we planned, and on a faster trajectory than I think any of us could have anticipated,” Matt says as we discuss the region that he made his new home only a year ago. “This new facility has become a gateway to growth potential for our company to expand into new categories and distribution channels.”

The convenience and confidence of end-to-end custody of its product inspired the company to set up McAllen-based Catania Texas in 2019. Having complete control is advantageous for obvious reasons, but what no one anticipated was what Matt would do once he got settled.

“After the first couple of months, I decided to start developing my own customer base and working with people throughout the United States,” Matt reflects. His dad, Paul, shakes his head—whether in awe or exasperation is hard to say, until he smiles. 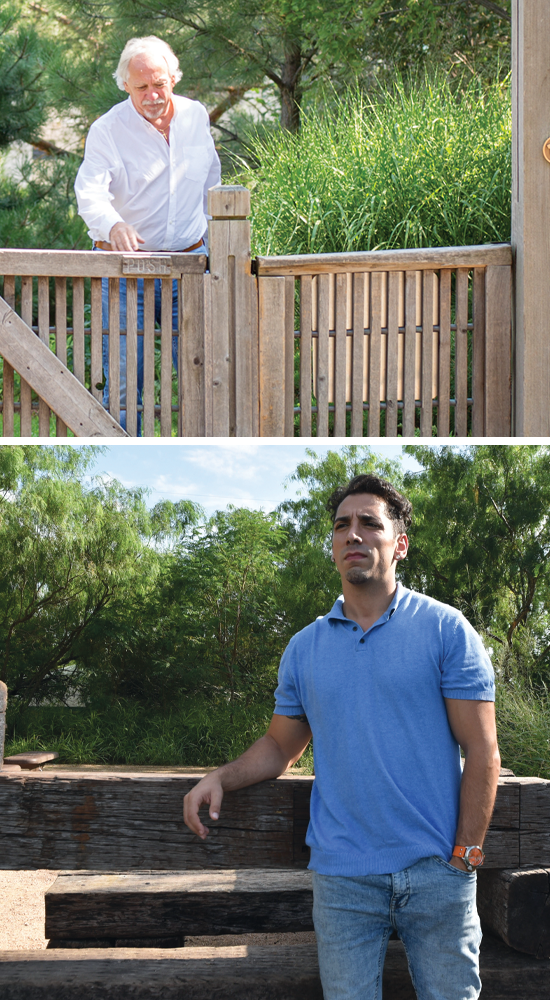 “While there were a number of objectives when we opened our facility in McAllen, the main one was to facilitate our fruit coming out of Mexico—streamlining our logistic operations as we transported our fruit to the U.S. and into Toronto, Canada. But, when Matt arrived, he looked around and realized he could establish a deeper sales network,” Paul says. “Long before this transition, he had spent eight months in Mexico, specifically focusing on limes. He knew the product and the people, making him perfectly suited to be there in Texas when we opened. I couldn’t have found anyone better.”

A father’s intuition proved true. Fast-forward to the second half of 2020, and Matt says that those new customers have helped increase Catania’s lime business by about 50 percent over the past year.

Mario Masellis, Director of Sales, shares that the overnight success of the Texas division is a result of all the best variables coming together. Matt is one of them.

“This new facility has become a gateway to growth potential for our company to expand into new categories and distribution channels.”

“Matt has added a layer of confidence in both quality control and supply by being our eyes and ears at the border. This growth has opened up avenues that were not accessible from our other locations,” Mario observes. “He has taken control of the steering wheel and is now driving us to places that we have never been.”

If you know Matt, you know he is not one for the spotlight (sitting with him to compose an article of his achievements was its own adventure). From his perspective, the events that have made Texas a booming facility for Catania’s portfolio were a natural progression. Though, sitting back to experience it through his eyes, I get the feeling his excitement and sense of the potential the area offered certainly held some sway.

“I came to Texas with the primary focus of connecting all the dots from our limes to our figs, with plans to expand further in those categories. But, items like cactus, prickly pears, dragon fruit, and chayote are all great products coming out of Mexico. Now that we’ve established a new customer base and have a physical presence here, these are areas that, with an organization like ours, we can really start expanding on,” Matt says.

And there are a few specialty items that have made their way to becoming the fruit of this burgeoning leader’s eye, and the excitement of his vision is contagious.

“All these items—prickly pears, dragon fruit, Mexican lemons, and mangos—help retailers expand their customer base and bottom line in the same way our current items do, by focusing on quality and accuracy. As a whole, our organization caters to foodservice, retail, and all kinds of buyers,” Matt shares.

But, though he definitely has a lot of energy about the product itself, it is not the key to supply success in his eyes.

“While the offerings help, having quality and service you can depend on is the backbone to any business relationship and potential for expansion. I believe it is not only the items we are expanding to include that can help our customer base, but also our physical growth as a company in different locations. The more we expand across Canada, the U.S., and Mexico, the easier it becomes to service our customers and assure accuracy and quality,” Matt points out.

“Over the next year, with four existing offices between Canada, the U.S., and Mexico, there is a lot to expect from us as we continue what we’ve started worldwide.”

Luckily for the three-generation-strong company, these are qualities it holds in spades.

“Our group already does such a great job on the items we work with, but I believe more offices, more potential, and covering more ground across North America can bring new items into the fold that we hadn’t thought to pursue before. That’s one thing that I’m really excited about—the prickly pears and the dragon fruit, especially,” Matt says, smiling at his own full circle. He highlights not just rising demand, but what Catania in particular provides. “Our fruit coming out of Mexico offers the proper grower certifications, paperwork, and requirements for the food safety aspect of our operations, which is a rarity with these items and allows a lot of doors to open for us across the United States and Canada. Specifically, we’re seeing demand and interest in prickly pears spike, and that’s why it’s been so fun!”

That fun is a feeling that can be chased all the way to the register, Matt adds as we talk about how these expansion opportunities extend from Catania’s newfound border presence to its retail customers. He points out that there is a lot of room for that growth, surprising me with the news that the facility the company has utilized so strongly is a rented one. 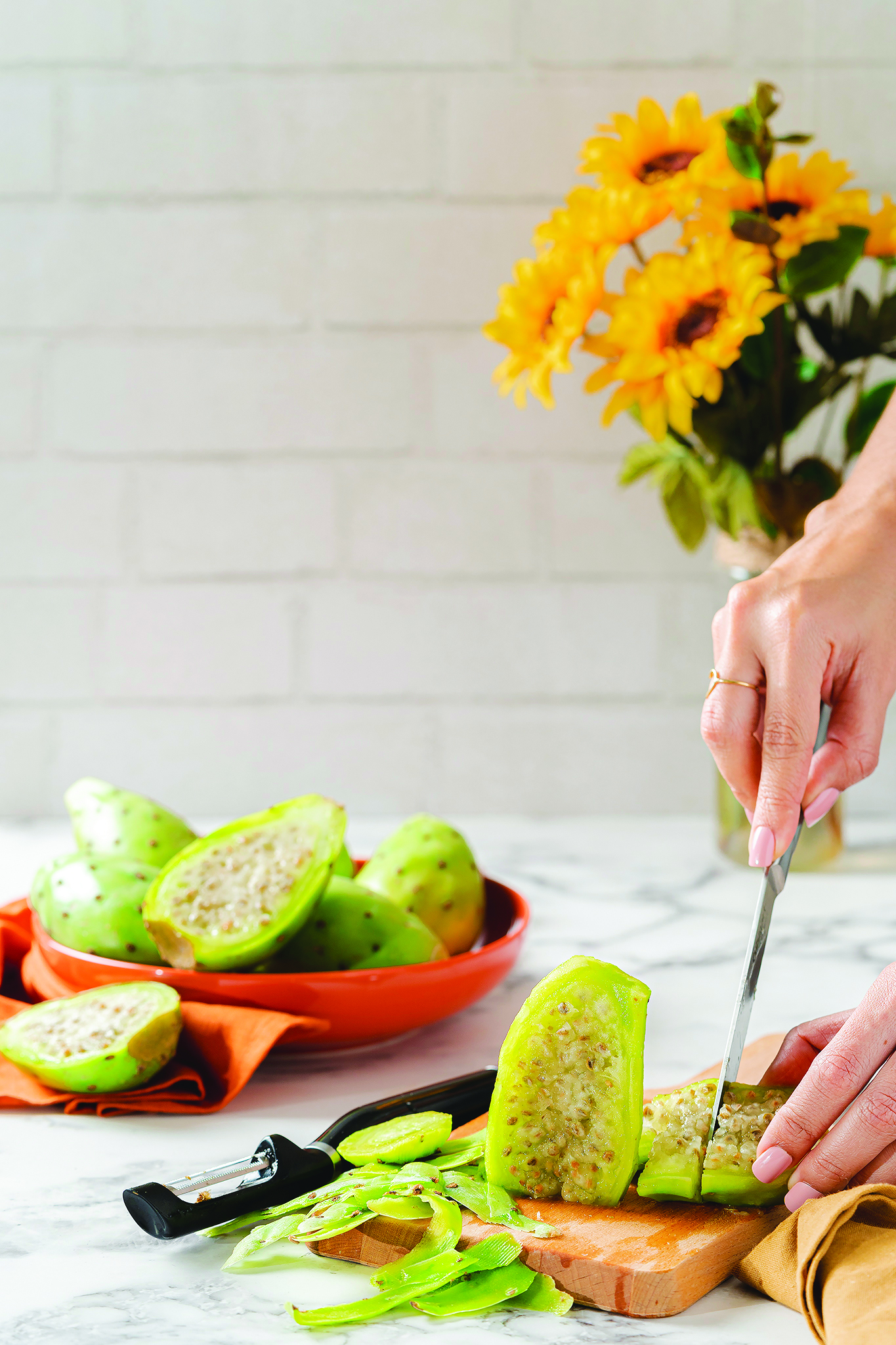 “It has been a great large space, as we were just dipping our toe in the water, not knowing how far and how fast our presence here would grow. Now, we are getting to the point of that next step, with room to think about where we go from here,” Matt shares.

With everything achieved over the past year—both planned and unplanned—there is so much excitement as Matt and I look at the vast possibilities the next 12 months could bring.

“Over the next year, with four existing offices between Canada, the U.S., and Mexico, there is a lot to expect from us as we continue what we’ve started worldwide,” he says. “As great of a job as we are already doing, we could only have expected to achieve so much without actually having the people here at the border. Now, with pieces in place, we can deliver on the potential we knew we had.”

Whether a means to what is next, access to even more for this dynastic brand, or an actual archway, there is no question a gateway has been built in this new region for Catania Worldwide. And it has no fear of crossing whatever threshold might lay before it as the team continues to bridge countries across North America and beyond. 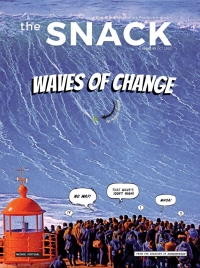 THEIR WEBSITE
Catania Worldwide provides its customers with the best possible variety of high quality fruit and unparalleled customer experience. From ground to customer… quality is always in season.