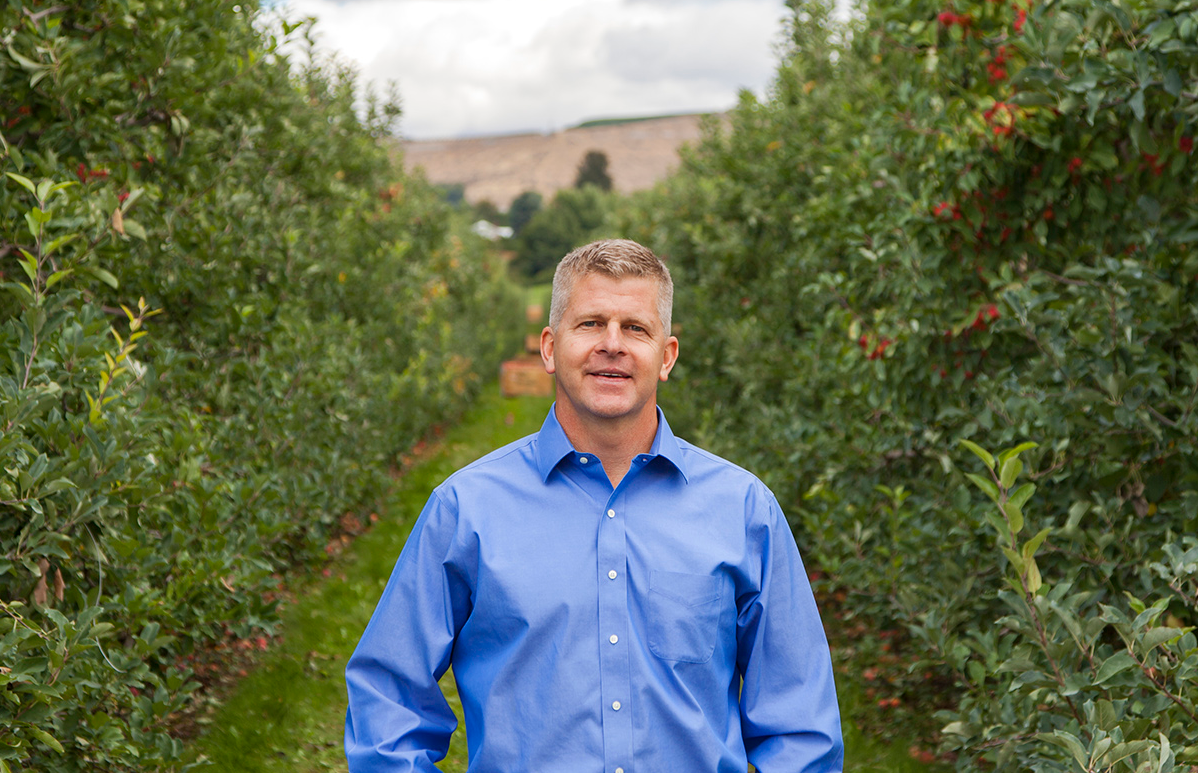 The past year was not an evil spell cast upon us. It did not break at the stroke of midnight on New Year's, leaving only recollections of a bad dream that was a public health crisis, political and civil unrest, and the aftershocks of those accompanying emotions. As an industry, we did not just endure, but continued the work to grow, learn, unlearn, and relearn.

Yet without the dark, we would never see the stars. We would not know how beautiful dawn is when it breaks. Such is my conversation with Robert Kershaw, Chief Executive Officer for Superfresh Growers®, as we sit and reflect on the gamut of the past 12 months and what he and his team have chosen to take away from it.

“Ultimately, the constant thread through all of last year’s challenges was pulling together to keep the team safe, customers covered, and communities fed. It was about teamwork, inclusion, and really understanding—some for the first time—that we are all essential, from orchard to office,” Robert begins.

For the Superfresh team, this was not just about revelations, but about dusting off an underlying iron to its culture that had not had the chance to show beyond a declaration of company values.

“In the first five months or so of COVID-19, we were packing 18 hours a day, and the team became more connected than we were before the pandemic. Our cross-functional, company-wide emails became an emotional place to share the various hardships and adversities that we were all battling that week, that day, that hour.”

“This past year emphasized the importance of transparency at a level beyond buyers and consumers. It emphasized making sure all employees have a voice,” Robert shares. “When COVID-19 concerns created labor unrest last spring, we really needed to slow down and check in with our employees and teammates. We set aside time for socially-distant meetings to explain what new regulations and news were affecting our industry. We explained what we were doing to help create a safe workplace and called on all teammates to be leaders through the crisis.”

As additions and expansions on existing food safety protocols took place, having a strong foundation in these areas helped the company find surer footing where it might have faltered, cracking open opportunities for more conversations. A COVID-19 team took the reins to ensure needs were being met, and the impact of its presence was felt from the ground up.

“In the first five months or so of COVID-19, we were packing 18 hours a day, and the team became more connected than we were before the pandemic. Our cross-functional, company-wide emails became an emotional place to share the various hardships and adversities that we were all battling that week, that day, that hour,” Robert recounts, but his most moving memory came after one of the team’s early COVID-19 socially-distant meetings.

“Without prompting, one of our warehouse employees approached the mic and described in Spanish how thankful she was for the COVID-19 team, managers, and supervisors who were all doing their best to protect the employees with barriers, informational meetings, and lunches,” Robert tells me. “The meeting had been adjourned and everyone was walking away, but they stopped when she started talking and listened. When she finished, they clapped in celebration of the hard work being done to protect each other by all.”

It’s these moments that help guide the team, giving value to lessons the company has learned while operating amid the pandemic. Another focus that has remained for Superfresh has been in creating a round table discussion space for employees to share ideas and brainstorm.

“Without prompting, one of our warehouse employees approached the mic and described in Spanish how thankful she was for the COVID-19 team, managers, and supervisors who were all doing their best to protect the employees with barriers, informational meetings, and lunches.”

“This has been a year of change and fluctuation, which has created a lot of great areas for our team to grow as well. We all sit at a round table with no head or bottom—everyone’s ideas are valued, and we work to surround ourselves with those that care about their fellow team members. Above all, we acknowledge that we are all human, and we are all equal at the core of humanity,” Robert says.

Equality, of course, has been a consistent headline in previous months, and Superfresh is far from suppressing the effects of these conversations at its open table. In fact, the company declared late last year that Dr. Martin Luther King Jr. (MLK) Day would be a paid holiday within the Superfresh family. This, I think, must have prompted discussions throughout the culture, which Robert says was a key point of the move.

“Our conversations are similar to those the whole country has been having. 2020 was rough on everyone. Division, illness, injustice, uncertainty...This is true regardless of your outlook on the world. What better way to heal and support each other than by observing a day of service in the memory of Dr. Martin Luther King Jr., one of our country’s greatest unifiers?” Robert tells me. “In my eyes, this decision is about recognizing that we all need to unite at a local and regional level to help the country heal. In an industry like produce—which is international and comprised of people from all walks of life—if we show that we stand for human rights and unity, we will set an example for many to follow.”

I would be remiss to say there aren’t barriers even within our beloved industry to the dreams Dr. King stood for, but examples serve as hammers to such walls, and Robert and his team make no bones about being willing to be the first ones to punch a few holes. But, he points out, it will take more than one company, or even one region, to break such barriers down.

“None of us can do things alone. I just hope that everyone remembers what, to me, is one of Dr. King’s most meaningful quotes: ‘Injustice anywhere is a threat to justice everywhere.’ As the saying goes, justice will not be served until those who are unaffected are as outraged as those who are. That is when real change will happen,” Robert says.

And if it must start somewhere, why not with the most professional acknowledgment—that something is important enough to pause production for?

“I am hoping that everyone in the industry also makes MLK Day a paid holiday. It is hard for one company to have a big enough impact,” Robert reasons. “I hope that our customers and producers all do the same, understanding if customers are demanding that the industry works on that day, then it is pretty hard to accomplish. But, I am hopeful and confident that the incredible people in the produce industry from production to the consumer will see the benefit to taking this day to reflect and honor Dr. King and what he stood for.”

While MLK Day was the clearest answer to cracking open more conversations about equality and civil unrest in the workspace, it is far from a single step for Superfresh, which sees a pattern in its solution.

“As part of this conversation, we are also discussing other national holidays and what we can do to pay them the level of respect they deserve, for example, Veterans and Columbus/Indigenous People’s Day. We look forward to more of those conversations as 2021 gets underway,” Robert tells me.

As Robert and I discuss all that we have experienced this year—individually and communally—he recalls one story that came up consistently which brings the need for everything his team is doing down to a single thought, strong and true.

“Home is not a building or even a place. Home is the people that value, respect, and look out for you. It’s where you can live, laugh, learn, and grow as a human. It is where you dream about your future and what is possible. It is a place that you can have unconditional love from your family,” Robert says. “At Superfresh Growers, we can provide a home—not just a safe space, but a HOME—for people. That is the ultimate goal. But, it is not something that leadership or management does, it is everyone in the house that creates that home.”

While the initial reaction to a year like the one we have just completed might be to put it to bed, I have to wonder if Superfresh, and companies like it, could have gotten to such a space without the trials of the infamous 2020.

Perhaps instead of being the evil spell cast upon us, the past year was what served to break an existing illusion. Now, with our eyes open, we can move forward with the lessons those trials left us.