The Treetalker’s Code: A Guide to Conversing With Nature 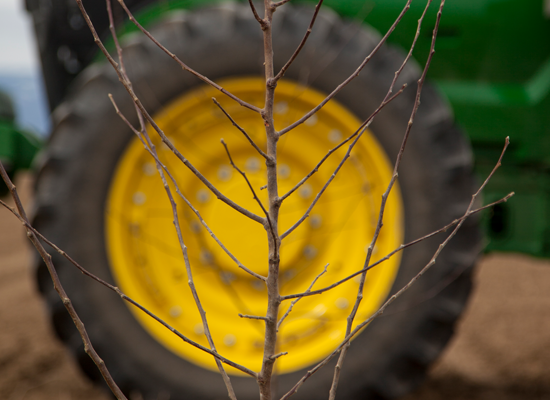 One of the most incredible things about language is its ability to evolve. It’s constantly in a metamorphosis, waiting and ready to shift and mold to each development in our society. Words come and go with each day. Terms that meant everything at one point in history are now obsolete, and phrases that used to live on the fringe of our minds can step into the light, holding great power.

That said, I would like to propose a new word with a definition unique to this industry.

Treetalker/trē-tôkər/: One who has the ability to walk through an orchard or forest and have an almost sacred communion with the trees. 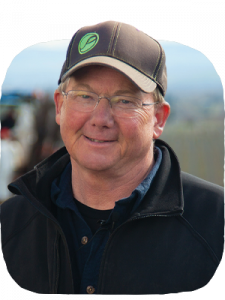 The origin of the word? Yakima, Washington, as that is where Dave Gleason, Horticulturist and Proprietary Variety Developer at Superfresh Growers®, works his magic interacting with the apple and pear trees that yield the company’s coveted fruit.

Watching Dave work, he can seemingly decipher each arbor’s wants and needs with a glance. Occasionally, he pulls a special magnifying glass from his pocket—one that was passed down from his father—to examine the leaves and bug populations that inhabit them, cutting a figure of a produce industry Sherlock Holmes.

On this day, he is making his way through an Autumn Glory® orchard, the sun shining behind him as he cranes his neck to inspect a group of creatures on the underside of a leaf.

“A whole city can live on a leaf,” he explains, briefly glancing up from the glass before returning to watch the insects steadily march across the foliage.

“New languages are like a code, and I wanted to figure out what they were saying. I’m captivated by language...” 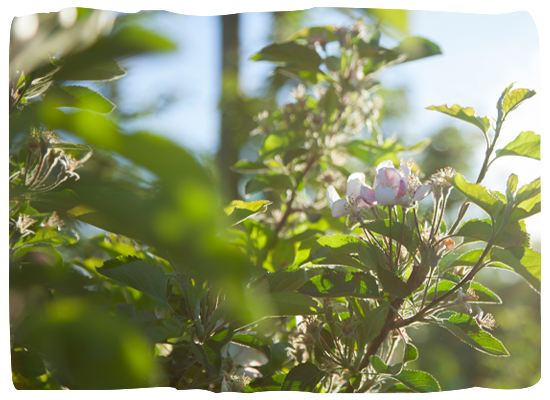 At this moment, it becomes clear that Dave is more than passionate about his job; he is completely enthralled with it. Walking the orchards is not just part of his duties; it is an experience in which he can form a deeper connection with the Earth and embrace the wonders of the natural world. How he sees the branches, leaves, fruit, soil, and bugs is poetic and beautiful. This idea is further cemented when he talks about his love for mountaineering and the hike he took up Mount Cleman before coming to the orchard at 8 a.m.

It is this dedication that recently earned him the 2022 American Fruit Grower Apple Grower of the Year Award and the Washington State Tree Fruit Association 2021 Silver Apple Award.

The fascination with nature Dave fosters was formed in his youth, growing up in Washington’s Yakima Valley.

“My grandfather had a farm I grew up on. He was teaching me all the time, and I was consistently learning, but I didn’t realize that until later in my life,” Dave says, magnifying glass now tucked back in his pocket. “In my younger years, I didn’t like the work, but I liked being outside. Much of the work was repetitive in nature, and on a small farm, I was usually working by myself. It was lonely and tedious. I was hand-thinning apples, moving bins around with a tractor, and mowing—which I always found most exciting.” 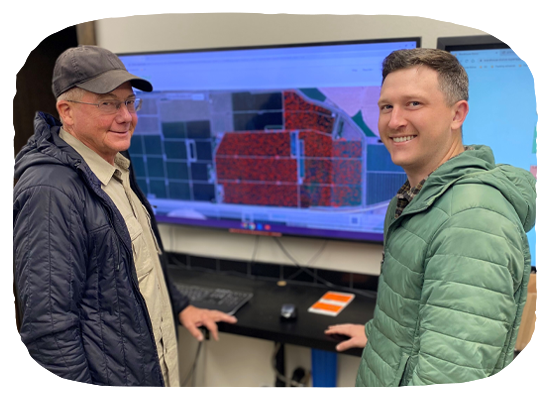 Although he did not always enjoy the tasks that come with farming, a spark had been lit in Dave’s mind that only grew as he continued with school, learning more about agriculture. Throughout high school, he was part of the Future Farmers of America (FFA) program. For all four years, he was cheered on by his teacher to explore every aspect of the industry, from livestock and row crops to plant identification, fertilizer, and water application. From there, he was hungry for new knowledge of agriculture and answers to the questions about each aspect of the industry he found so fascinating.

During this time, he also found another passion that, unbeknownst to him, would play a vital part in his role with Superfresh Growers—his interest in other peoples and cultures.

“Many Mexican immigrants that came to the Yakima region worked with my family, and that spurred my curiosity in different cultures,” he tells me. “New languages are like a code, and I wanted to figure out what they were saying. I’m captivated by language, so I took Spanish in high school and studied German and Spanish at Central Washington University—I wanted to become a Bible translator. Specifically, I wanted to go places without a written language, translate it, and use that to interpret the Bible.”

However, Dave met his wife Babs, and they decided to remain in Yakima to raise their children, where he would soon pick up the language that has allowed him to converse with nature.

“My job is navigating the challenges of growing the perfect apple. Getting the perfect fruit delivered to the right customer is extremely complicated. Difficult things happen when you grow things outside because it’s an uncontrolled environment.”

When a strike broke out at his meat-cutting job, Dave’s father invited him to work with him, consulting on crop protection. He spent two years learning alongside his father before branching out on his own to manage orchards and, as they say, the rest is history. Over the last 20 years, he has been working for Superfresh Growers, reigniting his passion for learning, and picking up knowledge about packaging, sales, and marketing.

“I enjoy engaging with customers and learning their needs,” Dave explains enthusiastically. “My job is navigating the challenges of growing the perfect apple. Getting the perfect fruit delivered to the right customer is extremely complicated. Difficult things happen when you grow things outside because it’s an uncontrolled environment. We don’t have power over the weather. But, I try to take negatives and make them into positives. It’s about mitigating what you can with things like frost protection, disease/insect protection, and irrigation management.”

As Dave continues to devour knowledge about his art form, he imparts that one of the most crucial subjects he studied is soil fertility and management.

“There is so much complexity of life and nutrients in the soil. We manage these nutrients, so they get into the tree and not into the groundwater; it’s a delicate balance that takes time to understand. We always want to make sure that the trees get what they need. No more, no less,” Dave describes, showing me exactly why having the skills of a treetalker is so essential. Some people can’t read trees the way Dave does, comprehending their needs based on the color of their leaves.

Dave is committed to sustainable practices and is inspired by his love of nature and people. However, for him, the word sustainability does not only apply to the company’s farming practices; it’s also connected to a larger picture that includes the industry as a whole, then stretches to encompass all living things.

“We want to sustain life in general. So, I ask myself, ‘What can I do to sustain my life, those of everyone working around me, and of the trees?’” Dave enlightens me, looking around at the trees as if explaining his process to them, making them more than just the subject of our conversation, but participants in it. “Here at Superfresh Growers, sustainability is about nourishing the life of the crops we work with and the soil that supports that life. It is also important to sustain the employees and environment that tend to the fruit. We are then producing a product that sustains this business and the relationships we build in it over time. As you can see, the concept is much more intricate than it appears.”

For his and Superfresh Growers’ role in the process, they use regenerative farming techniques that maintain the land and crops they work with while also improving the environment for future generations. This includes practices like adding compost and returning prunings to the soil, using organic farming methods, and actively avoiding inputs that could hurt the growing system.

“...it’s a delicate balance that takes time to understand. We always want to make sure that the trees get what they need. No more, no less.”

They are also doing their part to encourage their fellow produce companies to commit to sustainable practices. No man is an island; everyone is needed to ensure the industry thrives.

“So much of our industry’s business revolves around more than making a profit; it’s about surviving,” Dave articulates. “There needs to be complementary ideas that allow us to work together for the sake of the future, and we must consider the effects we create for our descendants. Therefore, we must ask ourselves, ‘What are we leaving behind?’ Are we honoring the work of the generations before us, whose work allowed us to get where we are today and be who we are? Are we honoring the generations ahead of us and leading by example?”

Instead of waiting for answers, Dave is taking action and using his voice to spread knowledge to his community. 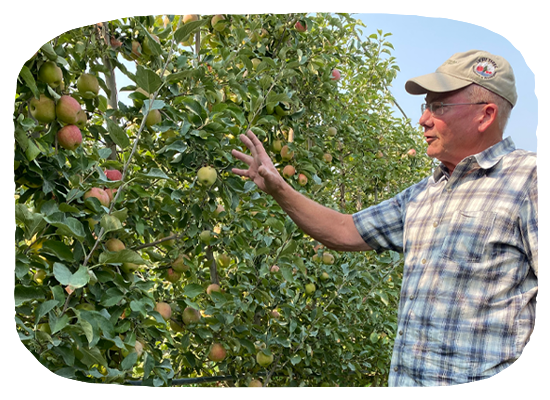 “Throughout my career, so many people have given to me and donated their wisdom. I realized I couldn’t repay people for how much they’ve contributed to me and my development, but I can pay it forward,” Dave says, once again putting things in a new perspective.

With this stake in the industry’s future, Dave is excited to see how agriculture and Superfresh Growers will continue to develop as new names and faces bring their inputs to the sector. As his mind reels with exciting potential for what these advancements entail, Dave begins to spout off some ideas that immediately pop into his head.

“Continuing to improve the varieties that are the mainstays of our industry, engaging with varieties that can tolerate climate change at a higher level, evaluating test blocks and researching new varieties, watching to see which varieties respond best to hot sun, discovering how plants can better tolerate hot conditions,” he lists.

I can’t help but smile in these moments, because it has been a long time since I’ve seen someone so genuinely excited about a subject. My happiness only grows when I learn from Dave that the industry’s future might rest in the hands of his relatives, especially after he has explained how hugely important family is to him. 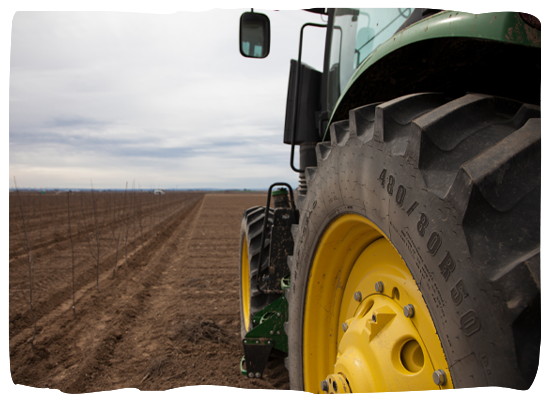 “My family has tolerated my obsession with apples,” he chuckles. “Right now, my grandkids are becoming interested in what I do and enjoy going along with me to the orchards, where they ask all kinds of insightful questions about trees and orchard infrastructure. I love engaging with the next generation because they are switched on. Now, it’s about asking myself how I can keep that light of curiosity on for them. How do you get them interested enough to ask, ‘What is going on here?’”

Just like trees that bloom in the spring and sleep in the winter every year, Dave’s life is like a cycle, and everything seems to be coming full circle. Talk about poetry. As a writer, I couldn’t lay out the story myself any better, even if I tried.

As we part, Dave leaves me with one final piece of advice.

“So many people are asleep, just looking toward the next weekend. But the moment we are in is pretty spectacular,” he expresses sagely.

What I wouldn’t give to experience life through Dave’s point of view as a treetalker. Because while most of us can only see the beauty of the trees, he can hear their unwritten language in the form of soft murmurings, lively songs, and urgent pleas, adding a rich essence to the world beyond our wildest dreams.

Luckily, Dave is an excellent translator. 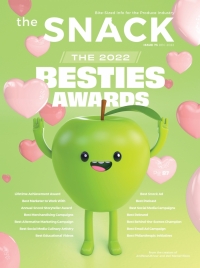