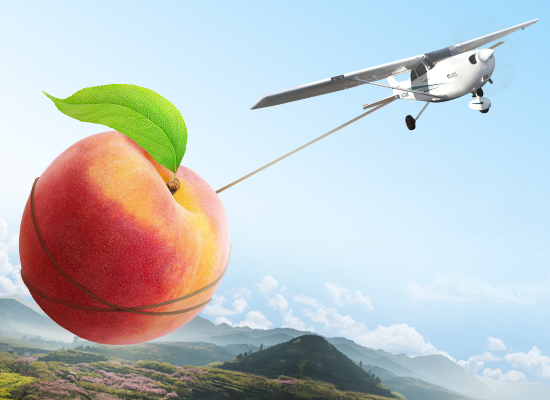 Just when you think you know it all, something new comes soaring in to shake things up. I settled into my chair this morning, thinking I had it all figured out—now finally able to keep pace with our dynamic industry.

Boy, did I think wrong.

Between growing, packing, distributing, transporting, buying, and selling, fresh produce is one machine whose parts never stop moving. I was gently reminded of this as I sat down with some key members from Giumarra Companies’ marketing and management teams. And, by the end of our discussion, I could practically see an entirely new supply chain mapped out ahead of me. 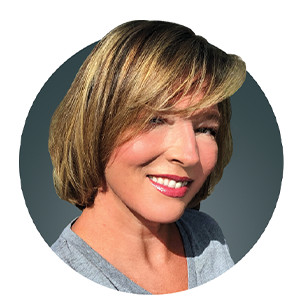 “We’re always looking for ways to innovate,” Kristina Lorusso, Regional Business Development Director, began. “Although we are a fresh company first and foremost, we are diversifying ourselves as a services company as well. We are extremely interested in supply chain relationships, and have recently honed in on some new services and innovations that create unprecedented efficiencies.”

If you’re an avid reader of our sister publication AndNowUKnow, you may recall early last August in 2020 that Giumarra had successfully flown peaches grown in California’s San Joaquin Valley to select Gelson’s Markets locations in the Los Angeles, California, area. Well, that was only a taste of the extremely innovative operation, which has the potential to redefine the relationship between buy and supply and create new possibilities for collaboration.

“We formed a partnership with Reliable Robotics at the end of May 2020 and prepared to do a proof-of-concept test with its autonomous aircraft technology. We were fortunate to also partner with Gelson’s for the test, which received these flown-in peaches that had been picked within the same 24 hours prior to delivery,” Kristina explained. “Concurrently, we worked with our grower partner to ensure the timing was just right. We had to change the way we thought about and managed the product, ultimately ensuring that the peaches would reach their ideal maturity before we loaded them on the plane.” 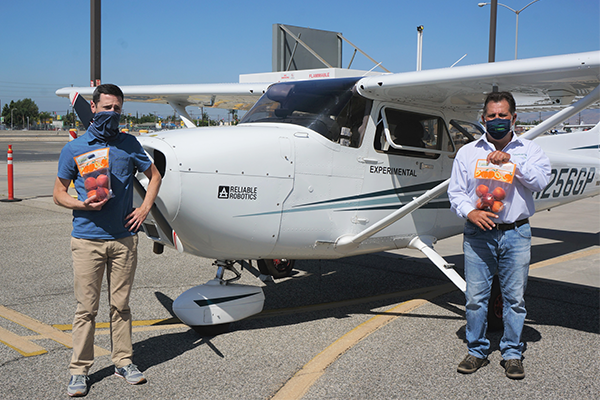 A plane without a pilot is certainly a futuristic concept, but the practice may go mainstream sooner than we think. Reliable Robotics’ autonomous plane completed a 200-mile journey, including take-off, flight, and landing, by itself—a sight I am now eager to see. Because it’s still in the early testing stages, and for the sake of safety, there were pilots on board for this test, but the goal is for the planes to eventually pilot themselves.

Once this innovative program is fully up and running, there’s no doubt in my mind that retailers will be flocking to Giumarra for their fresh fruit needs. Having been the first grocer to benefit from the technology, Gelson’s has gained a competitive advantage that no other retailer can currently tout. 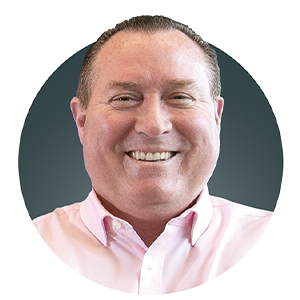 “We at Gelson’s feel very proud and honored to have been chosen by Giumarra as the first retailer to receive fresh peaches via its new airfreight test program,” said John Savidan, Senior Director of Produce and Floral at Gelson’s. “The first-of-its-kind autonomous plane peach shipment that took place back in August was very successful and is just the beginning of what’s to come for the future of fresh produce deliveries.”

Upon arrival, the shipment was picked up by Giumarra’s trucking operation for direct store delivery (DSD) to participating Gelson’s. In bypassing the warehouse, Giumarra managed to avoid its peaches being held overnight or longer before hitting store shelves.

Although we are a fresh company first and foremost, we are diversifying ourselves as a services company as well.

“We already discovered that we are able to deliver a fresher product. Peaches, and stonefruit in general, are typically grown and harvested so they can sustain the length of travel it takes to arrive on the shelf. Not only is it about timing, but our growers must be meticulous in the varieties they grow in order to deliver the most premium product,” said Kristina. “With this new possibility of getting peaches from the tree to the store within 24 hours, we might be able to use different varieties with unique flavor profiles. That would be a total game-changer.”

As a devout stonefruit lover, my ears perked up at this. Kristina explained that we may see a renaissance of varieties that growers had previously phased out due to being more perishable. In addition, Giumarra will test new varieties from the company’s breeding program to meet specific goals to enhance its flavor offerings to customers based on this distribution model. The company is now in talks with its growers surrounding the idea, rolling out tests to see how certain varieties delivered via aircraft may help reduce shrink at retail.

“I can’t say too much about the testing, but you’ll soon see more from us in partnership with retailers in the Midwest,” Kristina teased. “We have a long-term history in fresh and have made a concerted effort over the years to start looking into other ways that we can serve the retail community. With that in mind, we have been looking for partners who are thinking outside of the box, and we found that in Reliable Robotics.”

As if autonomous aircrafts weren’t impressive enough, Kristina revealed that Giumarra is developing a program to create additional avenues for efficiency, such as autonomous highway-based transportation and coordinated consolidation services designed around retailers’ requirements. The company is working with retailers to identify pain points in the supply chain as it moves to continue expanding as a trusted fresh company with a very robust services arm.

We have facilities that are
primely located to serve as
one-stop shops for distribution.

“We’re looking for more innovative ways to limit the number of days for fresh fruit transport,” she continued. “You’ll be hearing more from us on our new transportation initiatives, as well as new consolidation services. We have facilities that are primely located to serve as one-stop shops for distribution. Produce shipments may undergo quality control and be loaded at our Nogales, Arizona, facility, for example, where a retailer could pull a truck in and pick up their deliveries—even if they are not Giumarra products. This is a new opportunity for our retail partners as they seek to limit the number of stops that their trucks need to make.”

Just because Giumarra is talking about services now does not mean it will press the brakes on diversifying its fresh operations. In fact, when it comes to this grower, fresh produce and innovation have always gone hand in hand. This, the team explains, is due in large part to the company’s long-standing leadership. Efficiency and innovation at retail have remained a central focus for Giumarra since the beginning. 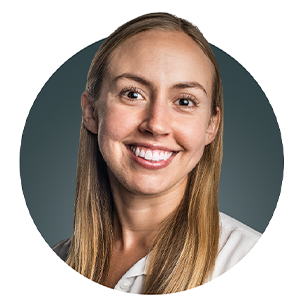 “Historically, Giumarra began importing summer fruit in winter from Chile to North America in 1985 to complement our domestic growing base,” said Director of Communications Megan Gorgisheli, delving into how Giumarra’s leadership has driven long-term growth. “Our leaders foresaw a need in the marketplace to offer customers as close to a year-round supply as possible on major produce items like grapes. We partnered with like-minded growers in Chile to make this happen and were among some of the first companies in the U.S. to do so.”

While Giumarra played a heavy hand in growing fresh produce at retail, the company also led the charge at foodservice in those early days.

“One of our premier grower partners, Santa Teresa, which is located in Mexico, observed that many prominent U.S. tomato growers in the 1970s and ’80s began to switch from vine-ripened to mature green tomatoes to service ever-growing fast-food chains,” Megan told me. “Our grower quickly pivoted, and we were able to offer foodservice companies the same mature green tomatoes out of Mexico, coupled with ripening services. We are proud to say we have been working with Santa Teresa for several generations.”

Giumarra Companies’ Chief Executive Officer, John Corsaro, who has worked with the company for more than 30 years, echoed the spirit of inventiveness that has become so fundamental to the company’s culture. 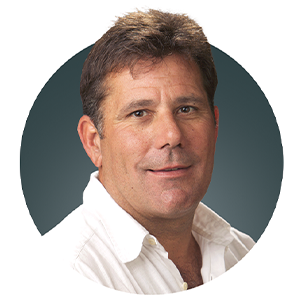 “I am privileged to follow in the footsteps of some great leaders, including my father, Don Corsaro, who helped shape Giumarra into what it is today and infused a strong sense of entrepreneurial problem-solving into the way we approach our business,” John said. “There are some exciting things on the horizon that we can’t wait to share with our customers.”

Have I shaken you out of all you’re accustomed to yet? I may still be a produce industry newbie, but I know a shift in momentum when I see one.

Giumarra is piloting a new path for the supply chain, and I, for one, am buckled in and ready to fly. 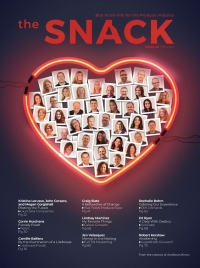