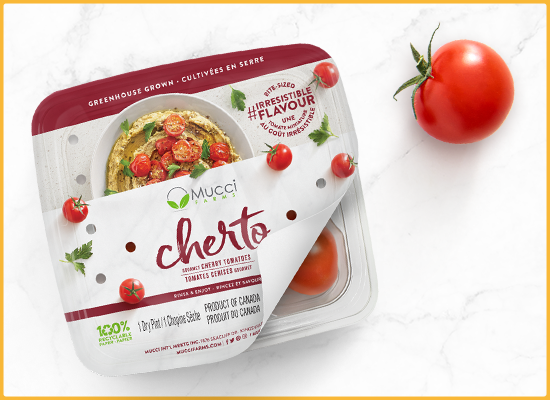 To manifest is to shape imagination into reality, wielding belief as Michelangelo wielded the tools that freed David from the marble. Seeing what is possible with such conviction bends the world to work deductively for you, building a pathway to your dream as if the road was there all along.

To those in the know, it’s willpower trained toward vision. 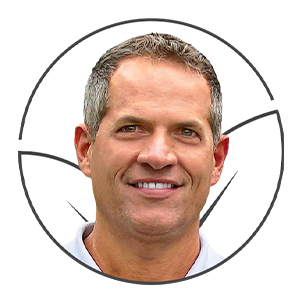 “We have an insatiable thirst for being a part of the solution,” Chief Executive Officer Bert Mucci tells me as we sit down to discuss the vision Mucci Farms has managed to create out of, seemingly, thin air. “We are determined to provide more access to locally and regionally grown fresh fruits and vegetables for consumers across the continent, and so we do.”

And so they do.

Within the simple power of these words, glass cities have actually been erected. Closest to home, and as indicative of the growth of Mucci Farms as the seedling off of a plant, is the 100,000-square-foot warehouse expansion at the team’s head office in Kingsville, Ontario, Canada, which will be ready in early 2022. 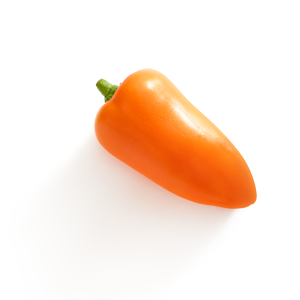 “Once complete, this will double our dock doors from 13 to 26, which will improve efficiencies in getting trucks loaded and on the road quickly,” Bert shares, explaining how the company’s expansion and demand for that expansion have risen hand-in-hand. The result is today’s grand total of over 350 growing acres in Canada and the U.S., in addition to a rapidly increasing grower partner network representing over 1,700 acres.

“We have an insatiable thirst for being a part of the solution. We are determined to provide more access to locally and regionally grown fresh fruits and vegetables for consumers across the continent, and so we do."

For reference, Mucci Farms started in the early 1960s as a traditional tomato field farm operation before diving into controlled environment agriculture (CEA) with greenhouses in the 1970s. It took 40 years for the company to hit 100 acres (which it did in 2011), and then just 10 years to build another 250—not only in Canada, but with a foothold in the U.S. as well. Nearly 200 of those acres were built in the last five years alone.

“We more than tripled our acreage in less than 10 years,” Bert sums up. “When we talk about rapid growth, we mean it.”

And Mucci also means covering all facets to which growth could be applied. The company is currently exploring expansion opportunities to grow berries in the U.S., which includes an expansion of the Smuccies™ product line, adding blackberries as a follow-up to the success it has already seen in the strawberry set. 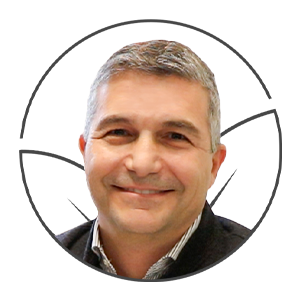 “These are two items that are not grown at any significant scale in North American greenhouses. The demand for controlled environment berries goes beyond our borders, and retailers are seeing the success we are having. The quality and shelf-life that can be achieved by growing indoors is becoming much more apparent to buyers, so we are currently exploring opportunities to build a U.S. berry program at a similar scale to what we have here in Canada,” says Joe Spano, Vice President of Sales and 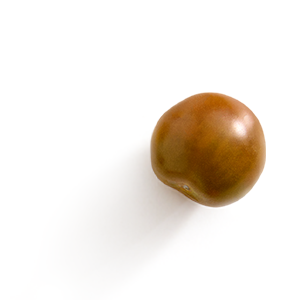 Marketing. “To further diversify greenhouse expectations, we are also working on expanding our lettuce program to include cut lettuce.”

As demands and possibilities continue to roll in, Mucci Farms is actively seeking to establish a presence on the U.S.’s West Coast and is strategically searching for new regions in Canada to service customers across the continent. 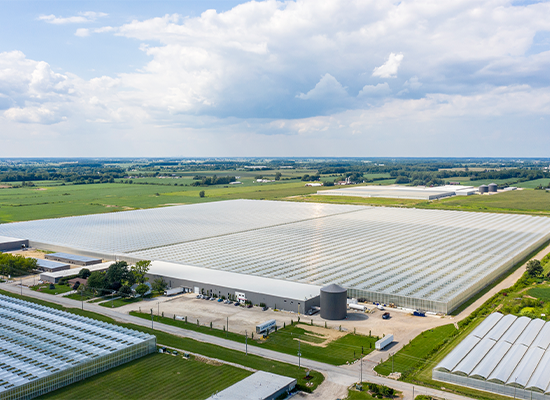 “From end to end, no matter what size retailer, we have the means, the access, the expertise, and the support system to meet their needs efficiently and with excellence. Our growth and expansion plans are among the tools allowing us to handle significantly more business. In-house, we have support covering everything from marketing, public relations, and social media to packaging, signage, vinyl application, and large-scale print. It’s all at arm’s length when you work with our team,” Joe reflects.

So, what changes take place to make for a glow that, from the outside looking in, borders on the fantastical? Perhaps, as the stories of old have told us, it is the power of belief evincing itself in the world. 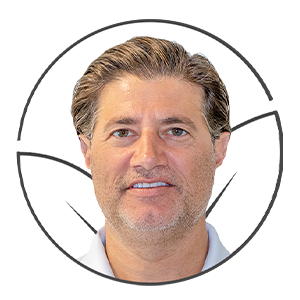 “We believe the CEA greenhouse produce industry can address food-related global issues linked to climate change, food insecurity, sustainability, and environmental responsibility,” Danny Mucci, President of Sales and Marketing, imparts to me. “Beyond increasing the overall quantity of product available in the market across all commodities, the most major impact we intend to make is to increase the supply of local and regional product. All of our new builds are equipped with grow lights, allowing us to cultivate product throughout the winter months. This improves quality and shelf-life because of a significant reduction of food miles, and just as important, it also decreases our impact on the environment and our reliance on foreign product.” 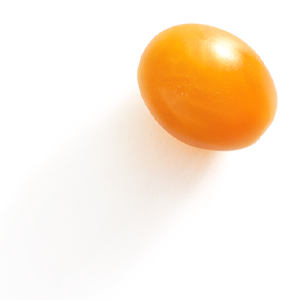 “From end to end, no matter what size retailer, we have the means, the access, the expertise, and the support system to meet their needs efficiently and with excellence. Our growth and expansion plans are among the tools allowing us to handle significantly more business.”

To realize that mission even further, and add a little extra zest to its magic recipe, the company is working on expanding its sustainability team to better establish, organize, and achieve high-level company goals and targets related to reducing carbon emissions, plastic, and environmental impact.

In fact—as Danny and I reach the same point simultaneously—perhaps it is the people who are the magic. Such grand feats could not be accomplished without the force to catalyze it, and in the case of Mucci Farms, that has become a power all its own. 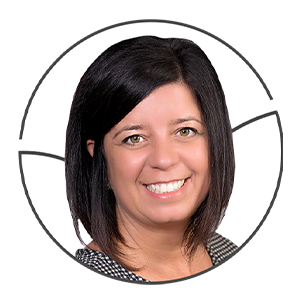 “We have successfully grown our team to over 1,500 individuals across both countries,” Emily Murracas, Director of Marketing, tells me. She goes on to explain that, despite the transition from a small farm to a more corporate-level size, Mucci Farms has placed an immense amount of emphasis on maintaining the family business feel. 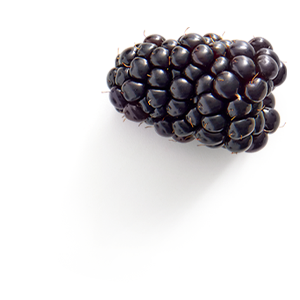 “In terms of our team growth, we have a premium focus on company culture and do everything we can to keep all our facilities connected,” Emily says. “It is because of these efforts, which include numerous initiatives and incentive programs, that we have been able to increase our employee retention. Over the past year, we celebrated over two-dozen promotions and more than 100 milestones spanning 5, 10, and 15 years with the company.” 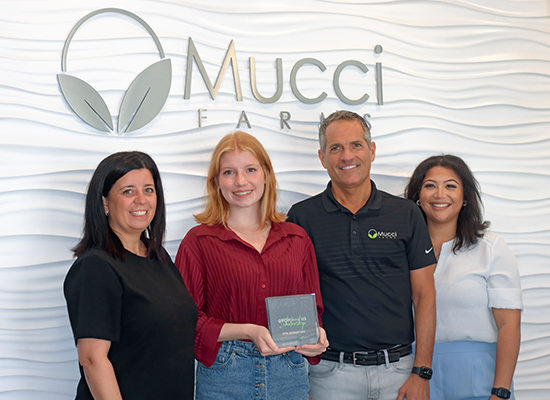 In addition to these acknowledgments, the team introduced the Mucci Farms Excellence Program to award employees for exceptional work throughout the year. Also launched was the official Mucci Farms Grow With Us scholarship fund for local high school students pursuing post-secondary education with career aspirations to work in produce, effectively ensuring present success while inspiring future loyalty as well.

“In terms of our team growth, we have a premium focus on company culture and do everything we can to keep all our facilities connected.”

Few could likely attest to this with as much insight as former retail executive Dan Branson, Mucci’s new Senior Director of Business and Product Development.

“With the rapid expansion of the company, it was imperative for us to bring in leaders that could really provide insight and experience to help us maximize our ability to service retail partners. Dan worked for the largest grocery chain in Canada, Loblaw Companies, for 15 years in a variety of roles, most prominently with the executive team that focused on branding, packaging, merchandising, and overall strategy,” Joe explains.

When speaking to Dan about the move, I notice an alignment between his thoughts and the desires driving consumer demand as a whole. 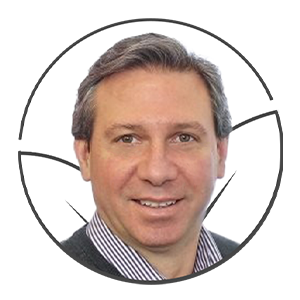 “The CEA industry, and Mucci Farms in particular, is ideally situated to address a number of major challenges when it comes to food supply, sustainability, and food insecurity. I think we have a big role to play in the future of food, and it’s exciting to be a part of it,” says Dan.

What began as pure vision is quickly taking tangible form, with Mucci Farms celebrating not just the increased greenhouse acreage and personnel, but also the addition of cross-dock distribution facilities in San Antonio, Texas, and Romulus, Michigan, which are officially up and running as of February and April, 2021, respectively.

“The CEA industry, and Mucci Farms in particular, is ideally situated to address a number of major challenges when it comes to food supply, sustainability, and food insecurity. I think we have a big role to play in the future of food and it’s exciting to be a part of it.”

By the time we ring in 2022, the company will have added over 250 acres of tomatoes, cucumbers, strawberries, and bell peppers in Canada and the United States.

Does anyone have a partridge to add to one very tall pear tree? 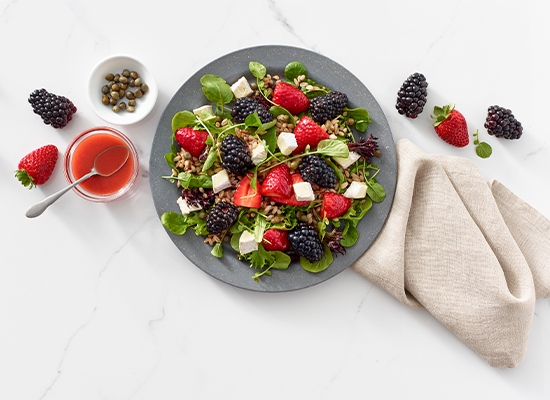 While I might make such comments in good fun, the 12 categories of greenhouse are not far off from Mucci’s strategy to continue to shake up the sector.

“We are hyper-focused on not just expansion but also digging deeper into non-traditional greenhouse-grown items and expanding existing programs to add more products,” Danny shares. “We touched on how, less than a decade ago, we stood with 100 total acres of tomatoes and peppers, all in Canada. At the time it was no small feat, but it’s so far from where we are both geographically and categorically today.”

When asked if there is a guiding light, some glimmer at the top of the climb, Danny brings it back to the power of manifestation.

“We are hyper-focused on not just expansion but also digging deeper into non-traditional greenhouse-grown items and expanding existing programs to add more products.”

“We are confident beyond a shadow of a doubt that we are providing a need and that we really can accommodate any scale. When orders keep coming in, it tells you you’re satisfying a gap in the market; our success, paired with feedback from our partners and consumers, has spoken volumes,” he says.

If the key to manifestation is clarity of vision, it is easy to understand how this power can remain out of reach for many. But, Mucci Farms understands what it desires with a conviction that yields a clear path to its goal—carving reality out of belief and holding it up to the light for all to see.