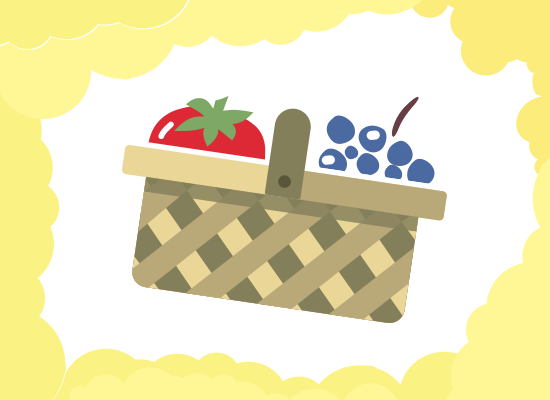 The wheels on Karin Gardner’s bike grind against the ground beneath her as she speeds down the farm roads near her North Dakota home, generating a steady cadence rhythmic enough to be hypnotized by. Her white sneakers push against the pedals, each rotation gliding her further into the prairie sunrise. Heavy breathing mimics the whirl of the early-morning wind as Karin’s flushed face remains intense and focused, showcasing the admirable stamina of this eminent leader.

At least, that is the image that flutters through my mind as Karin outlines the many ways her zeal for biking, running, and swimming aligns directly with her passion for fresh produce. 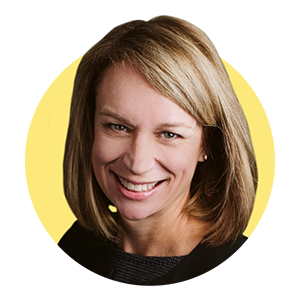 “Working in produce takes stamina!” Karin exclaims before we take a deep dive into her influential career as Oppy’s Executive Director of Marketing. “We all race against perishability every single day, so you might as well be trained for it. Being an endurance junkie has taught me a lot about remaining patient and picking my moment. My training friends tease me about how I can run for a long time with a pebble in my shoe because I tend not to sweat the small stuff. Produce days can be uncomfortable—everyone who is good at it has learned to manage their stress and discomfort to some degree. The rules of sportsmanship and respect translate right over from my athletic life to my work life and back again.”

As I sit on the other end of our Zoom call, I quietly ponder how this industry champion helped catalyze not only an upward trajectory for the produce powerhouse that is Oppy but her own evolution in a space that truly slows down for no one. It’s almost as if Karin can see the curiosity in my eyes, as she affectionately strokes her cat Sundance and lets out a soft chuckle before transporting me to the start of an inspiring origin story. 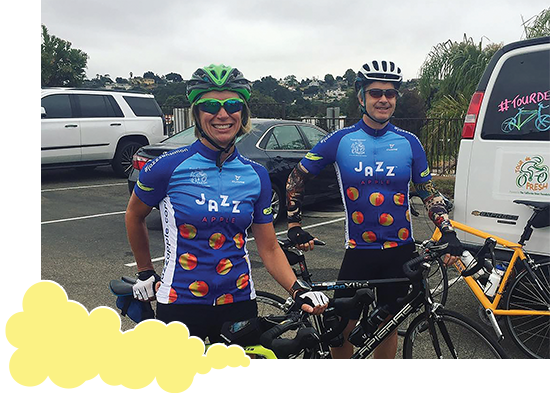 “I came to Oppy within a year of graduating from the University of Washington,” she begins. “I had a degree in journalism and was interested in sports writing, but it was tough to find work that would pay the rent. Jobs were scarce, and Seattle, Washington, was already ridiculously expensive, even in 1992. Fortunately, I had done some internships along with editorial work at the UW Daily, so I had a book full of published samples to present at my interview at Oppy. I was offered the job of Public Relations Assistant, and I jumped on it. There were three of us in the office who had just graduated from college: myself; Marnet Gilkey, who went on to make a name for herself in the Seattle coffee culture; and Jerry Kraft, who is now with the Grant Hunt Co. We called ourselves the Oppenheimer Kids, and we had a lot of fun together while learning the produce ropes from the experts around us.” 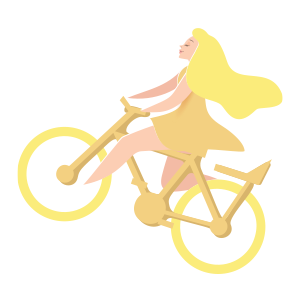 As anyone who has ever participated in a long-distance race knows well, the speed at which you cross the finish line is not always reflective of the journey itself. Sometimes, that lengthy trek begins simply with a steady cruise.

When Karin was first hired at Oppy, she had the pleasure of joining a smaller team operating out of an intimate office on Pier 90 in Seattle, adjacent to the warehouse where New Zealand apples were stored in the spring and summer. Karin became the 50th employee of an operation that now includes more than 300 associates. The Seattle office, while creating a unique environment and family-like feel, also presented her with a number of chances to try new things and get out of her comfort zone—a feeling I imagine she has gotten very familiar with as a self-proclaimed endurance enthusiast. 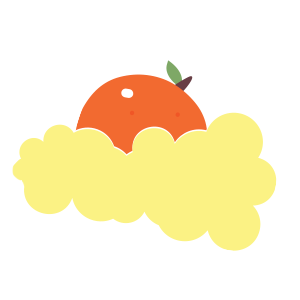 In her first year alone, Karin got the opportunity to develop a radio advertising campaign and help design Oppy’s booth for Produce Marketing Association’s annual Fresh Summit, something she laughingly describes as “an old hard-sided dinosaur” the company had bought secondhand.

As someone who also pursued a degree in journalism and a year later found themself fully engrossed in the world of fresh produce, sitting down with Karin feels like gazing into a crystal ball glistening with promise and possibility. Within that possibility is an unparalleled sense of pride in all our industry has
to offer.

“I feel really fortunate to have landed in an industry that inherently does good in the world,” Karin beams. “Agriculture done right builds community and quality of life on one end of the supply chain while delivering nutrition, health, flavor, and adventure on the other. It’s a lot easier to log the long days knowing your work serves a higher purpose, especially when you’re doing it alongside thoughtful people who make you laugh and are willing to go to the mat with—and for—you.”

This feeling resonates across Oppy’s entire marketing team, which has now evolved into a spirited division of industry trailblazers leading the company on a path to indelible growth. It’s this success that, in turn, provides the dynamic team with the resources to pursue novel opportunities to cement its place as a fresh produce purveyor. 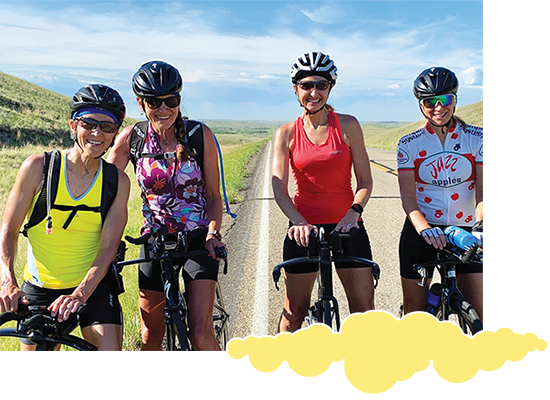 “I feel like this is one of the most exciting times in the 163-year history of Oppy—if not the industry at large. That’s because we’re innovating more than ever with a heightened sense of the global impact of these innovations,” Karin adds. “I often think of myself as ‘the first among equals’ in an incredibly talented team of marketing professionals that serves essentially as Oppy’s in-house agency. I am proud of how our group can start with a product concept from scratch and turn it into something tangible that appears in the produce department a few months later—and also makes good money for the person who grew it, as well as the person who is selling it. I love that our partners have confidence in Oppy’s ability to successfully and strategically launch new items thanks to the hard work of the small-but-mighty crew I have the honor of leading.”

Reflecting on Karin’s undeniable prowess in the industry, I can’t help but wonder when the produce aficionado became fully immersed and came to the realization that she had an intense fervency for fresh. It’s not long before she reveals to me that, as the company witnessed its own evolution, Karin’s passion grew from her immense pride in Oppy’s mission.

“I feel really fortunate to have landed in an industry that inherently does good in the world.”

“It’s hard to believe it’s been nearly two decades since Oppy introduced its Expect the world from us™ brand promise. That small phrase is the cornerstone of our culture. Everyone on the team understands what is expected of them and delivers on it in a unified spirit,” she notes. “I had the good fortune of working with John Anderson, James Milne, and Cathie MacDonald to develop that promise and bring it to life across the organization. While I already had a big heart for produce at that point, the pledge made my professional mission clear. Our work is always complex, but the approach suddenly became simple.”

Similar to the twists and turns of a marathon, Karin’s fresh produce journey becomes clearer with each move she makes. Around every corner, there is a new opportunity to spur growth for the company that ignited her passion and those who found a home at Oppy as she did nearly three decades ago. 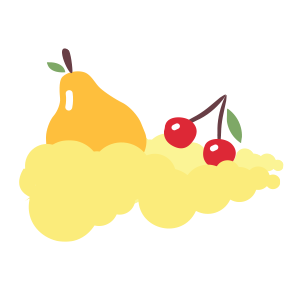 “Looking ahead, I think about the current generation of Oppenheimer Kids. They are way ahead of the game compared to Jerry, Marnet, and I in the early 1990s,” Karin explains. “Our young people are so smart and tuned in. I know I’m not going to be here forever, and I enjoy the days when I find myself as the Executive Director of Mentoring as much or more than when I’m the Executive Director of Marketing. It’s so much fun to wear the coach hat and watch others develop and grow.”

At the end of our conversation, the image of that foretelling crystal ball resurfaces, as Karin’s face disappears from my screen in the same way it would fade from the mystical sphere I had imagined before me. As I sit back for a second to reflect, relishing in the inspiration she has left me with, I realize you can only discover the beauty of the journey if you choose to keep going.

Not despite the pebble in your shoe, but because of it.