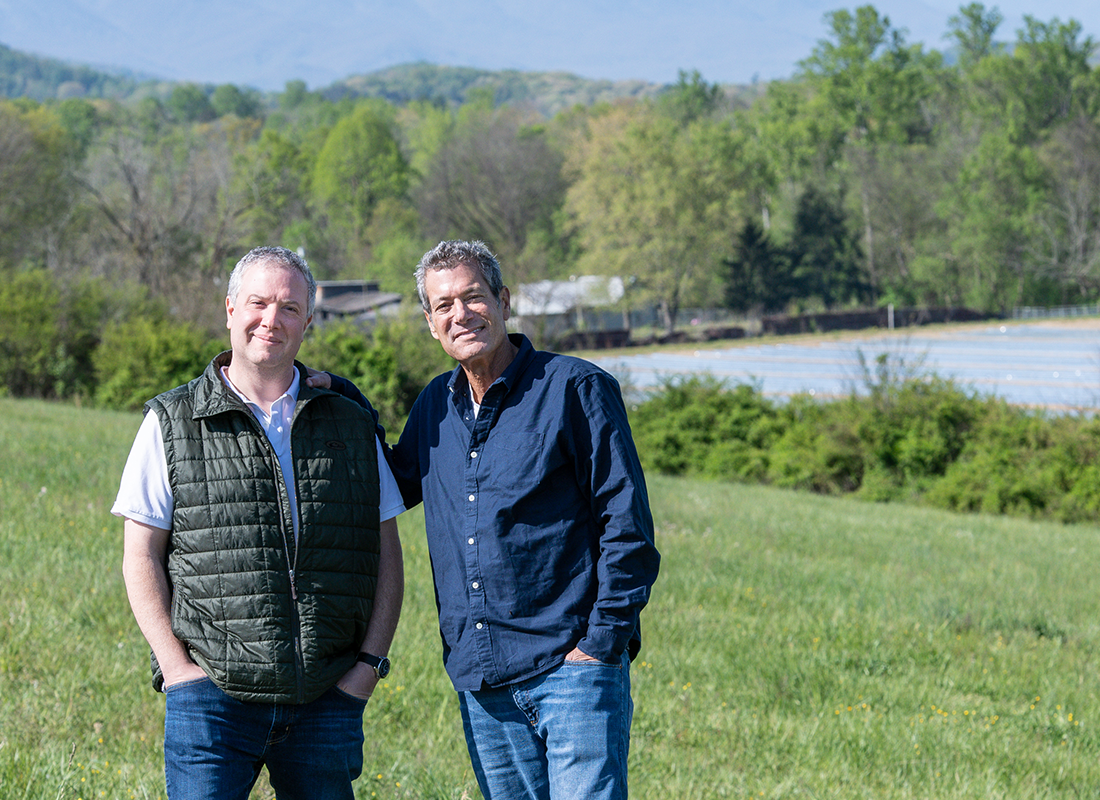 These are the cornerstones of a decades-long trek toward tomato category success.

The Esformes and Heller families crossed paths in the 1920s, united by a shared passion for providing premium summertime tomatoes to North America. After many years of collaboration, the two founded Sunripe™ Certified Brands, and the rest, as they say, is history.

It wasn’t until 2020 that these two ag powers joined forces with Smoky Mountain Family Farms, which was formed in 2016 by a prominent fresh produce distributor with sights set on vertical integration: Pete Pappas & Sons. And thus, the tomato trifecta was born. 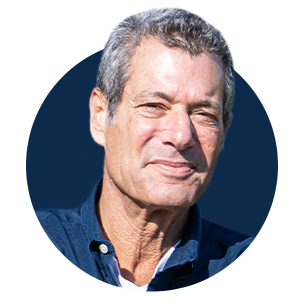 “Even though we didn’t officially team up until last year, Pete Pappas recently told me a story about how in the ’40s, every July, his father, Gus Pappas (Senior), would send him to the Greek grocery store in Maryland to buy food and wine so he could drive it down to my grandfather, Jack Esformes, on the state’s eastern shore and play cards late into the night,” said Jon Esformes. Today, Jon is Chief Executive Officer of Sunripe and Co-Managing Partner for Smoky Mountain Family Farms.

Clearly, ag roots run deep. And these particular roots have seemingly run parallel to each other.

“Tell us what you want, how you want it, and we’ll make it happen.”

While the Esformes and Hellers gained recognition on the growing side of the industry, the Pappas were making a name for themselves on the distribution side. The expertise gained by each led to a pivotal point in September of 2019, at which Jon and his now Co-Managing Partner Aris Pappas sat down for dinner and discovered identical goals.

To grow tomatoes in the Appalachians.

“It was the exact right time in each of our historical arcs, and I told Aris that I wanted to work with him at Smoky Mountain. A few months later, I got the call that he was interested in a partnership,” Jon told me. 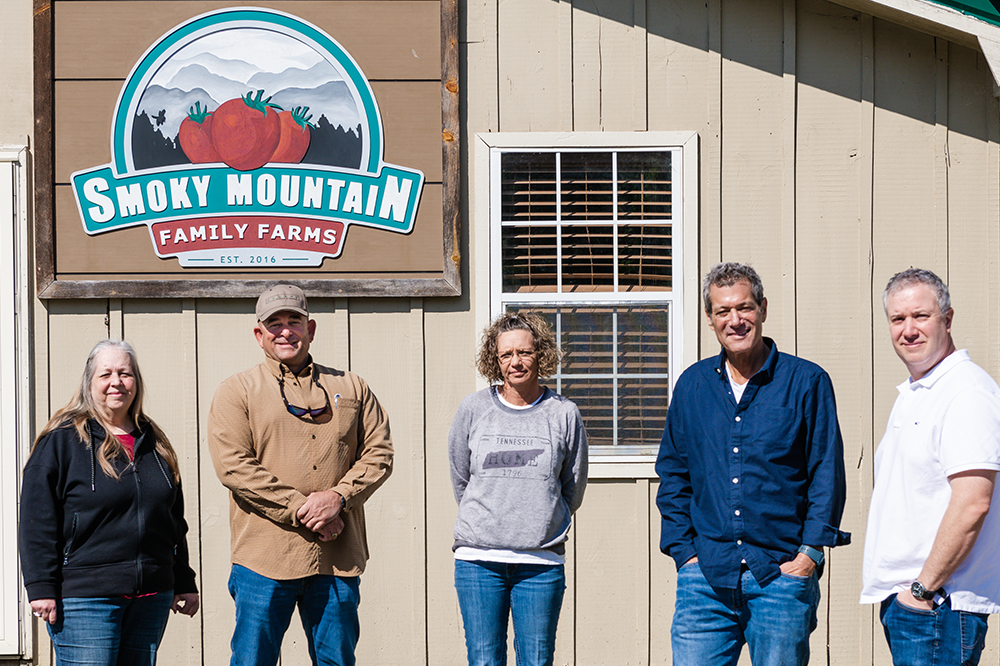 Just over a year after that conversation took place, Smoky Mountain Family Farms announced its acquisition of Triple C Farms in March of 2021. Combining eleven generations worth of fresh produce expertise, Jon and Aris took a chance on their shared vision, purchasing strategically located land that would put their plans into motion.

“When the Pappas family formed Smoky Mountain Family Farms in 2016, it was with the intention of building a first-class, 21st-century farming operation in the Appalachians. That vision continues as the foundation our partnership is built on,” Jon began. “The Appalachians are a difficult environment to farm, and we’re coming at it from the perspective of Florida growing, where each of our farms is in excess of 4,500 acres. With smaller fields in the mountains, it gets complicated from a logistical standpoint. And, quite frankly, we love the complicated stuff. From our perspective, that creates an opportunity to meet that environment and make sure every farm is getting what it needs when it needs it.” 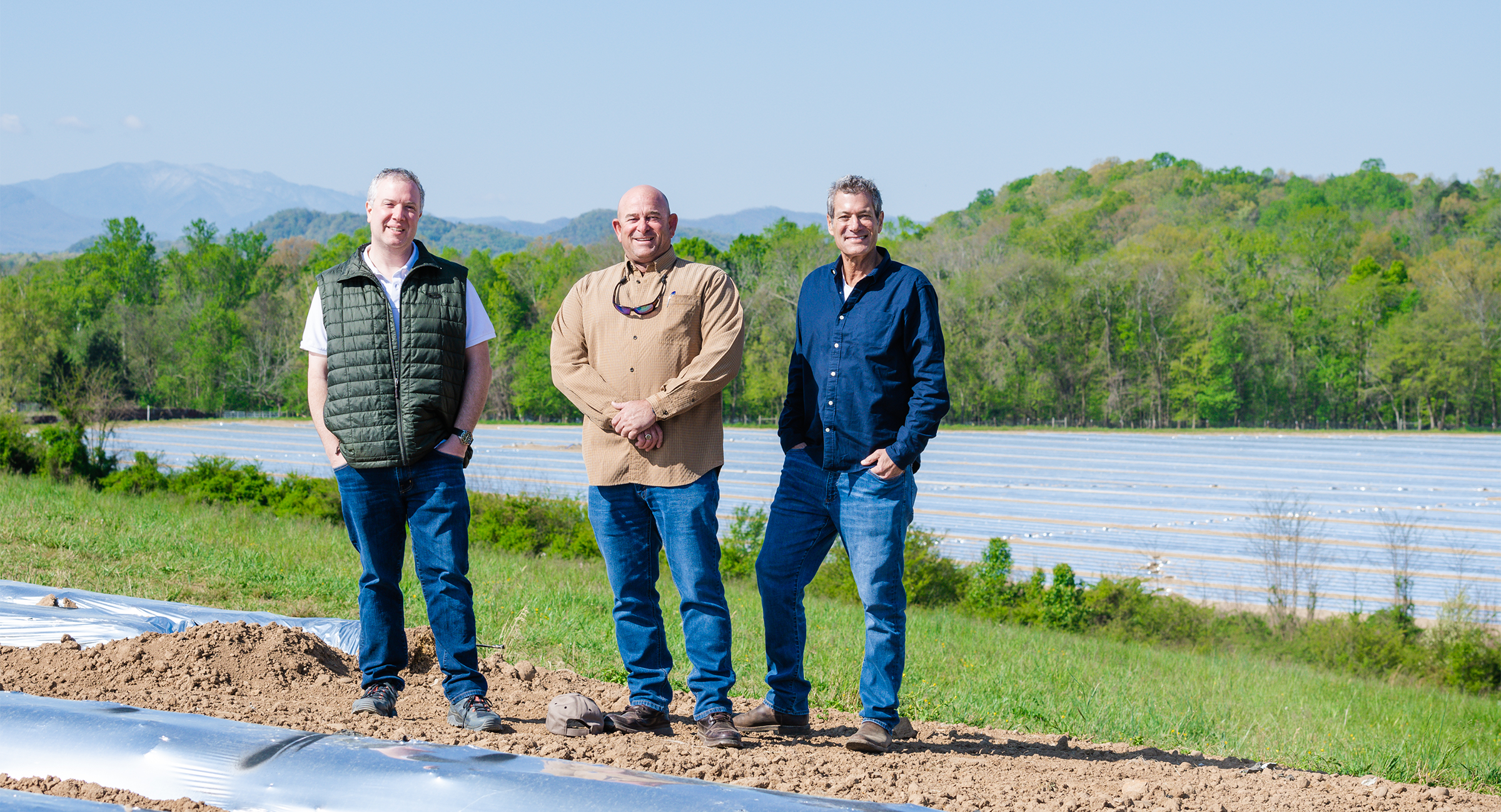 Smoky Mountain learned to lean on local knowledge while incorporating its own operating platform. Last summer, the company tested its theories on 350 acres spread across multiple farms to see if it could meet the environmental challenge. I assume the team’s confidence was quickly solidified, as the company made its momentous acquisition soon afterward and is tripling production for the summer of 2021. What ultimately started as a three- to five-year strategic plan was executed in one year. How’s that for confidence?

“We are a science-based company, and we are very focused on making sure that anecdotal information is as good as the data that backs it up. There’s a reason why anecdotal information withstands the test of time: It’s true,” Jon said with a grin. “We are backing up this information with data and science to understand why, how, and when certain growing conditions are present, as well as what the impact will be on our crops.”

"We wanted to bring 21st-century technology and business practices to what have been, primarily, 20th-century business models in the region."

This fierce dedication to the truth has played a key role in building out Smoky Mountain’s customer base, as—at its core—is the promise of continuous supply. The grower now ensures year-round production, optimizing the combined logistical prowess of a supplier and a distributor.

“Our goal is to maintain a ‘12-in-12’ operation, in which we are 12-month farmers within a 12-hour car ride from our southernmost farm to our northernmost farm,” Jon added.

While this supply chain convenience sounds perfect in theory, another crucial aspect of successful buy-side relationships is the ability to navigate the diverse needs of your partners, and the original alliance between Sunripe and Pete Pappas & Sons is founded on a model that can meet all needs in the tomato category. Having been created within the last ten years, Smoky Mountain brings a tech-forward value-added edge to Sunripe’s operations—a match made in produce heaven, if you ask me. 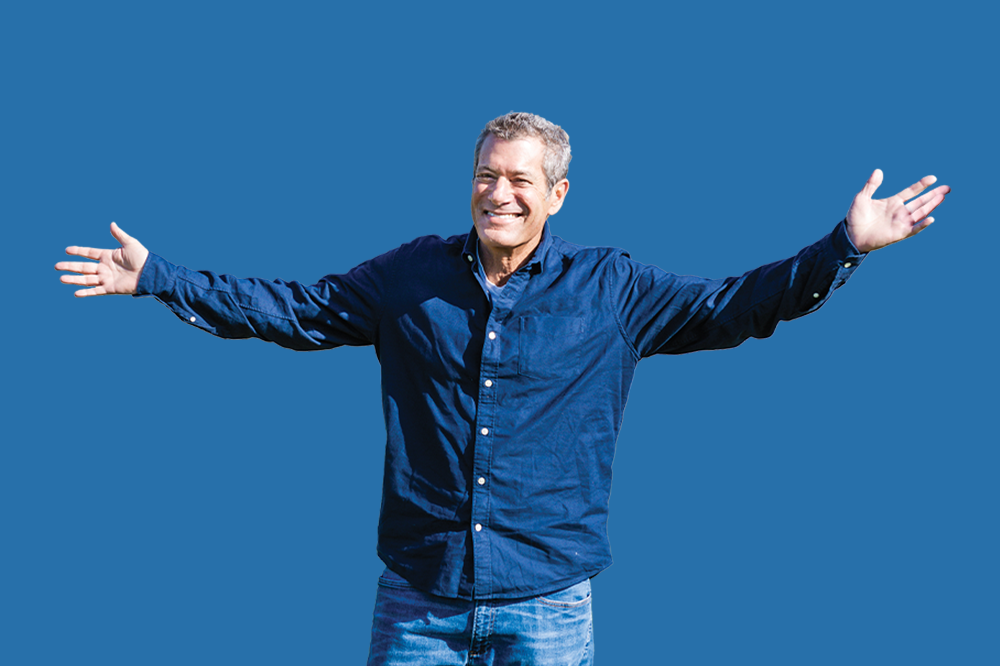 “I always take the position that we’re here for our customers. Our ultimate customer is the consumer, whether it’s someone who goes into a restaurant or shops at a grocery store. In blending our wealth of experience and the technical capacity of Smoky Mountain Family Farms, we aim to meet the every need of our buy-side partners,” Jon emphasized. “Tell us what you want, how you want it, and we’ll make it happen.”

Given eleven generations and three strong-willed families, I doubt there would be many visions so unified as that of the Pappas, Esformes, and Hellers. If Smoky Mountain’s clear logistical innovation alone does not convey this, its partnership with the Coalition of Immokalee Workers to Tennessee certainly does.

“Smoky Mountain Family Farms is the first Fair Food Program-certified farming operation in Tennessee,” Jon relayed. “Our number-one priority is to ensure all our employees have access to a safe and fair workplace. The Coalition of Immokalee Workers is our partner in making sure that we’re meeting and exceeding the highest standards of compliance, not just with the law, but with our moral and ethical responsibility as human beings.”

Much like the farmers traversing the Appalachians, Smoky Mountain knew that all it would take to find success would be to put one foot in front of the other.

Creating this tomato legacy was not so much a singular venture as a lifelong journey, though, as there has always been one clear endpoint: 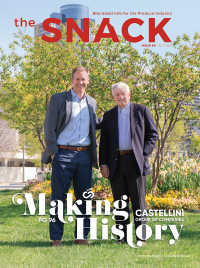 THEIR WEBSITE
Sunripe Certified Brands is serving customers from coast to coast year-round with an extensive line of tomato varieties.