Trust: The Currency of Today 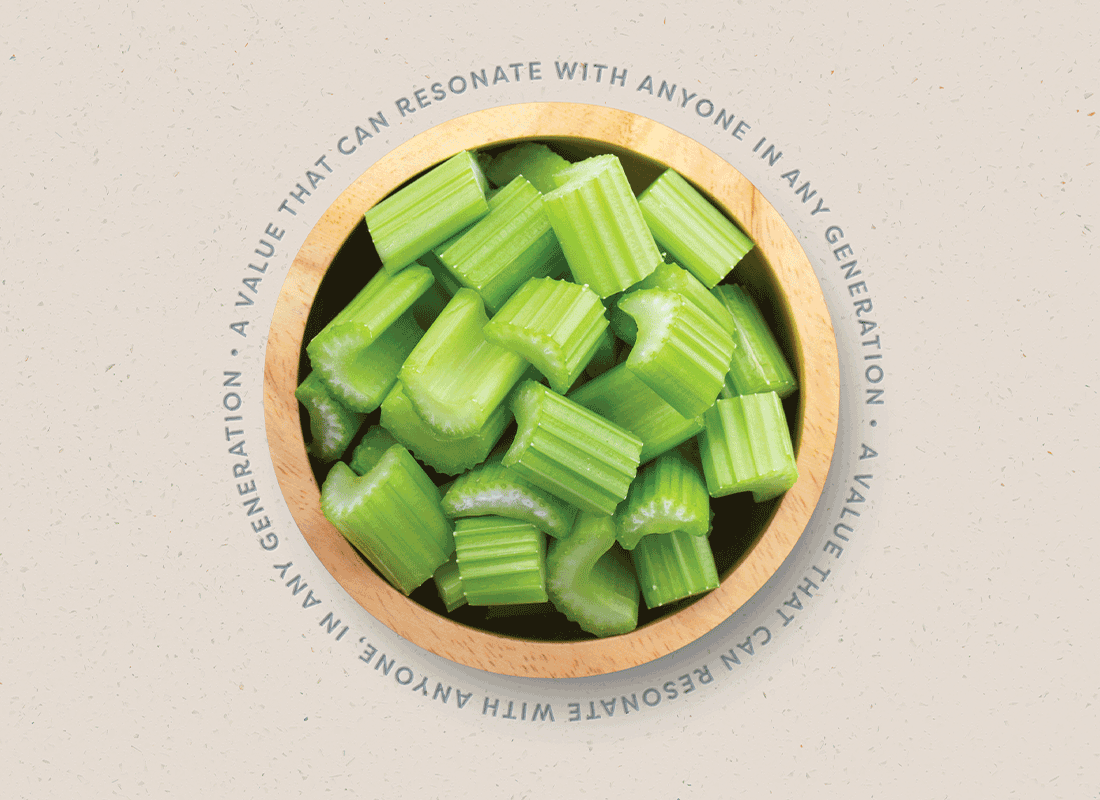 To generate gives rise to something new, seeing a piece of yourself take shape in the world around you.

A generation is a sweeping body of people building on the world left to them for those who will follow.

A generation is also the span of time between parent and child, a single step in a lineage of shared DNA from ancestor to descendant. 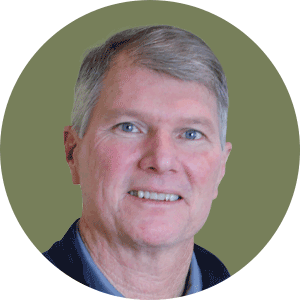 “The generational component, in our case, could mean our family name. But it could mean our intellectual property (IP)—in what we've done with celery since we were founded almost 100 years ago,” Sammy Duda points out.

You would think, or at least I did, that growing up in and around Duda Farm Fresh Foods would mean leading it was something Sammy always dreamed of. But, the now-President was invariably steeped in ag, so the thought never really occurred to him.

“Now that you say it, yes, I’ve always wanted to lead the company. But I never actually thought of it that way,” Sammy answers. “A part of that is due to DNA, I think. That is what ties together our continued success; that there's always been a desire to do a little bit better than what we're doing. My great-grandfather came from Eastern Europe with absolutely nothing and managed to own something. That’s the American Dream. But he didn’t stop. And then the next generation of Owners, his sons, with only an eighth-grade education, took up where he left off. It’s fair to think, at some point in every leader’s life, enough was enough. But each one kept going further, and now we have far exceeded anything any single person could have ever expected in life.”

The duality of generation, as a noun and verb, defines and is defined by Duda Farm Fresh Foods, which considers its legacy to be more than family ownership—it is in the very genetics of its proprietary varieties.

“We actually named our celery varieties Duda Generations because it fits who we are. When we say we are a generational company, we mean the family and the varieties,” Sammy explains. “When you look at Dandy® celery, they are all proprietary varieties that are the result of generations of intellectual property.”

Six generations, a portfolio of patented varieties, and a reputation for innovation that spans the globe from California to Australia are the links in a chain that has continued to grow as it is passed down from the time the company began. Now, as Dan Duda, former Chief Executive Officer, retired earlier this year, Sammy has taken up the next link to that legacy.

“We've been blessed, really. Most families don't make it this far, and not only are we here, we are in as good of shape as we've ever been as a company. That speaks to not just my leadership—I'll take a little credit—but to my family and our company’s family,” Sammy notes. “It’s not been easy, but having very able professionals has really been the key for us to be successful as long as we have. And so we're happy, but we've got to keep chopping wood going forward to make sure we stay that way.”

Because it is not enough to succeed, Sammy reminds me, or even just to know your discipline.

“You have to have a curiosity about how the industry fits together, otherwise you miss opportunities or fail to understand how you can be your best,” Sammy shares, adding that it isn’t getting any easier to accomplish this. “I think those challenges are getting greater as we move into more efforts in sustainability, transparency, and different ways to shop. You have to have the knowledge, or at least a curiosity, for how all those things fit together.”

"We actually named our celery varieties Duda Generations because it fits who we are. When we say we are a generational company, we mean the family and the varieties."

Even as we speak to the DNA that has steered a culture like Duda through several new worlds of consumption, Sammy doesn’t think you have to be born with dirt under your nails to be what our industry needs.

And keep TUMS® in your desk—or whiskey, depending on the time of day—Sammy and I laugh, discussing the ways to keep balance in a job that calls for more than a 9-to-5 mentality.

“That curiosity about the business is crucial to being a reliable, authentic produce person, so I think that's a key element to being successful—really successful—in this business. Being curious about the whole and how it all fits together, and indulging that curiosity is how we have gotten this far and how we will continue to go further,” Sammy shares.

While the never-enough attitude that has driven Duda’s success remains unrelenting and unchanged, Sammy points out that nearly nothing else has stayed so consistent.

“The company I am leading today is not my great-grandfather’s company, because the world and the needs of our customers are not the needs and the world he served. And yet, we've been able to hold onto the authenticity and genuineness we have always had. Knowing and understanding who we are has allowed us to hold onto those values while still being able to adapt and change. We have to give people a reason to believe in us—that's our challenge, but I think it's something that we are up for. At least, up to now, we have provided enough authenticity and innovation to balance the two,” he laughs.

The rearview mirror, as Sammy puts it, holds nothing for him and his team. So then, what does the road ahead look like?

“Well, in the short-term, COVID-19 has obviously upset the status quo,” he points out, before chuckling and adding, “if there ever was one. I don't think it's going to go back to the way it was even if we wanted it to, such as having everybody at the office all the time. So, strategically, I think we have to continue to be innovative. We've certainly put a lot more emphasis on new product development and leveraging our IP with varieties and so forth. I think, also, leveraging our regionality. We're a very good West Coast shipper with year-round supplies and the consistency and quality of California, but we have regional options in Florida, Georgia, and Michigan, which is a unique offering.”

"The company I am leading is not my great-grandfather's company, because the world and the needs of our customers are not the needs and the world he served..."

And Sammy’s own experience, in addition to growing up in the business, is as unique as Duda’s geographical footprint. He knows and can lead such a diverse landscape because he has, at one time or another, lived in just about every one of Duda’s regions.

“It's funny, I grew up in Belle Glade, Florida, then I moved to McAllen, Texas, to Yuma, Arizona, then from there to Salinas, California. I think those experiences, spending time in Georgia, in Michigan, and even New Mexico, have informed me in ways I am not even aware of,” he reflects. “You never know when you're going through experiences how they will accumulate and give you an understanding of the produce industry. But, because of it, I think I have a pretty clear-eyed view of what the business is and what it isn't.”

That perspective has also gleaned for Sammy a sharper view of his next steps than many I have had the opportunity to ask about the future.

“Marrying consistency with our regionality to give people both options, in addition to the IP and the new product development, is crucial to our success. I'd say those are probably my top priorities in regard to going forward over the next two to four years,” Sammy says.

Even as he gives me a timetable, he points out that upheaval, while immeasurable, can always be counted upon. But that in and of itself is the nature of the game.

In fact, against reason, Duda seems to have this down to—quite literally—a science. As we discuss the juggling act between sharing a deeply rooted story with adaptability and the ever-sought-after innovative spirit, we come back to Duda Generations, continuously serving up something new while attached to a name that has worked for nearly a century to build trust.

Trust, Sammy and I agree, is the currency of today. Perhaps of every day.

“It's an interesting dynamic. In today's society, we're all skeptics, right? Even if a company is honest, how can anyone believe in the message when all it takes is this Tweet or that post to create doubt?” Sammy shares, which leads us right into the fight he is taking up leading this latest chapter for Duda. “To me, it's a fight to give everyone, our customers and theirs, something they can believe in.”

That, he tells me, is the tradition of Duda. No matter what changes inside or out, this is a company that will always be true to what it is.

A value that can resonate with anyone, in any generation.