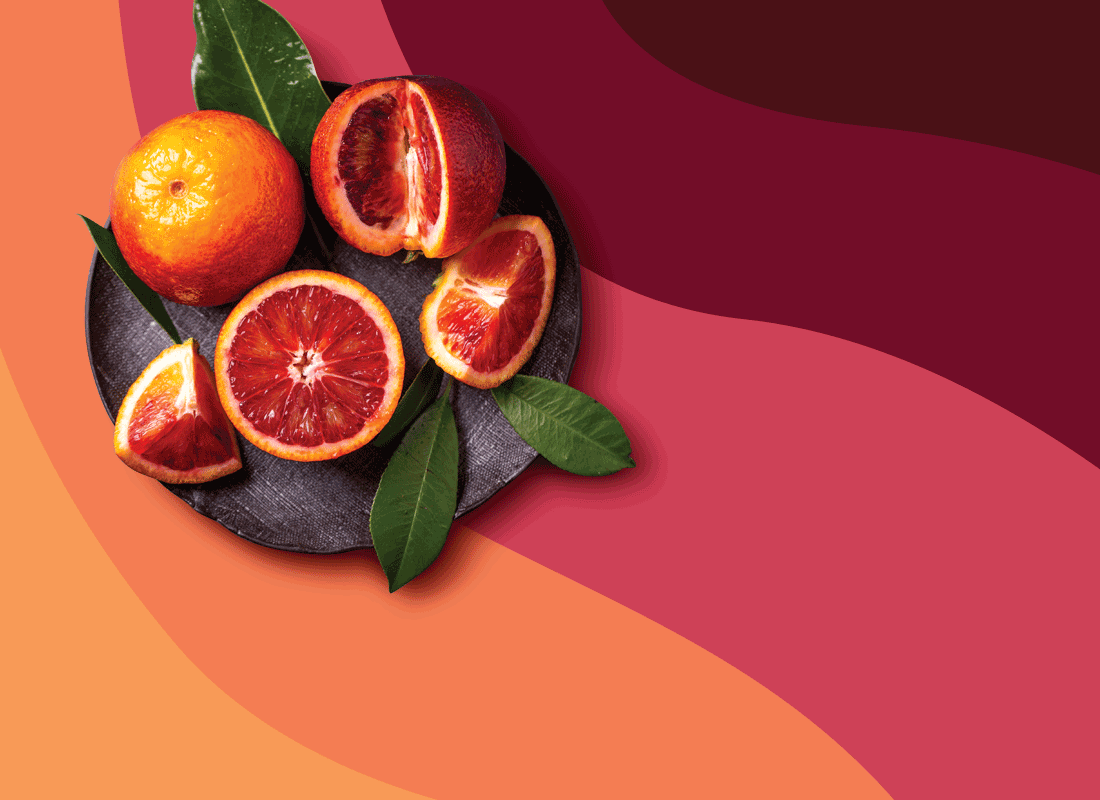 It should come as no surprise that a fruit, especially a fruit with a blood-red color, has some mythical and historical stories attached to it. A connection to inspiration, creativity, and imagination has even made it popular not just for consumption, but for aromatherapy.

So, as we all become increasingly adventurous with our palates, the blood orange is a match made in heaven with, basically, any dish or drink.

I cannot tell you exactly when it happened. I just know that, at some point, it became an unquestioned expectation that I’d enjoy anything if blood orange was a featured ingredient. It could be in a beverage, a salad, or ice cream and I would dive in, no questions asked.

If I am under a spell, though, so are menus and food-favored Instagram accounts. I have been watching this beautiful fruit make its way into all sorts of options over the past five years, first offering intrigue and then appeal.

Treat shoppers to a display with a few of these citrus slices on a cheese plate and see the ruby color lift it to a gourmet-level presentation. Let the blood orange be your muse, and inspire the imaginations of even the most hesitant eaters.

While there are three varieties, the one most quickly to come to my mind is the Moro. With its blushing rind and crimson interior, the Moro looks to be Mother Nature’s inversion of what the U.S. consumer has come to expect of an orange. Just as tantalizing is the flavor—even after having had several blood oranges myself, I still can’t anticipate the more-berry-than-citrus tang that the fruit leaves on my tongue.

Thankfully, NPR, too, reported how attempts to explain this gem’s flavor go back as far as the 1640s, so imagine how long I could wax poetic about the topic.

But even with increasing gravitas as more and more suppliers get into the blood orange game, the similarity between Moro and its siblings, Tarocco and Sanguinello, leaves room for me to think this particular citrus avenue has further ground to gain. And, as it becomes ever-more available across North America, the blood orange’s intriguing lore might move further into the spotlight.

Maybe it does have powers of inspiration and the fruit itself mused its way into my mind, along with the rest of the consumers. I simply remember saying out loud, “If it has blood orange in it, I’ll try it,”—a verbal bellwether of the transition from flavor fancy to a desired staple.