From Dust to Diamonds 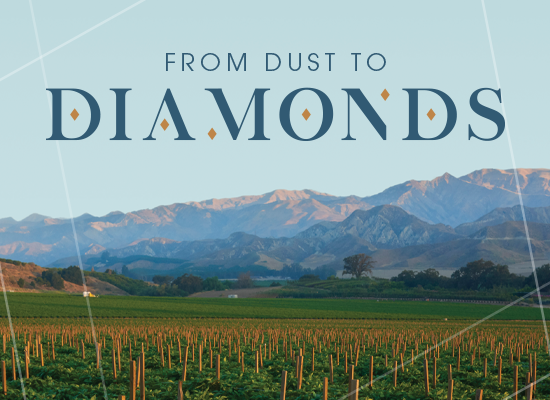 Make dust, don't eat it," are words that tend to stay with you as a rookie. A headline in one of my first Snack Magazines, this was my initial impression of the Prime Time International methodology when I met Managing Members Mike Way and Jeff Taylor in 2015. Five years later, it turns out much has changed on both sides of the conversation, yet the mantra these produce purveyors introduced me to still rings true. 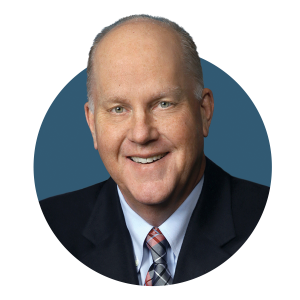 "Things have changed since then, no question! And we’ve grown quite a bit," Mike starts off, telling me that business just keeps getting bigger; primarily in the company’s signature item, peppers, but also in asparagus—a category Prime Time has rapidly navigated. “Brian Miller, our Director of Business Development, has led us into unbelievable growth in asparagus, where we are now year-round as of July 2020, breaking into organic as well.”

Barely circling its third season in the category, this is no small achievement. But, as Brian puts it, the growth was an inevitability if you follow the pattern Prime Time has modeled since its inception. 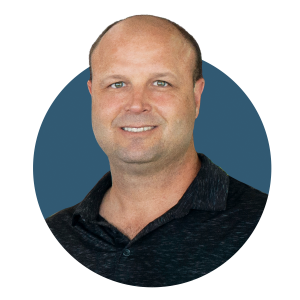 “It comes back to just doing what you say,” he shares. “That’s the driving force with Prime Time. I think this has always stood out for me and a lot of people who have come to know us. We have a high level of integrity in working with customers and taking care of people, which always resonates. When they trust you enough with one product, they’re willing to give you a chance to try something else.”

It is a simple truth with a diamond-strength core, fueling all the facets of Prime Time’s operations. With the faith its customer base instills, Prime Time is able to explore the unknown and discover what might be buried beneath.

If you are only as good as the tools you work with, your product only as strong as the seeds you plant, Prime Time is sowing itself a successful progeny that ensures its name remains among the top producers in anything it grows. 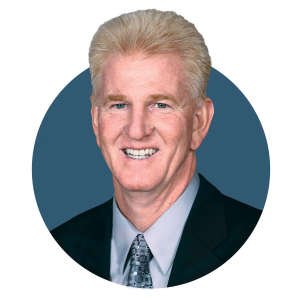 “Our Somis, California, facility has truly become our gem, in which we have invested a lot of growth over the past few years as demand has grown,” Jeff tells me.

The year I met him and Mike was the same year the team had acquired the facility, which the group says has been modified so much over recent months it is hardly the same building.

“It’s a new infrastructure in packing lines, with a focus on advancing our packing capabilities and the quality of what we produce to further set us apart from our competitors,” Jeff shares, adding that expanded doors and cooler capacity bolster space where it counts. Consolidated docks ensure maximum volume and a hyper-focus on production from a premium produce location.

“WE HAVE A HIGH LEVEL OF INTEGRITY IN WORKING WITH CUSTOMERS AND TAKING CARE OF PEOPLE, WHICH ALWAYS RESONATES.”

This mindset, Mike, Jeff, and Brian tell me, is what brought the company so much success. “A commitment to excellence” may sound cliché, but according to the Prime Time team, it has opened doors to produce expansion, new regions, and new retail departments.

It’s on this tour that the light of the team’s limitless capabilities really shines. One of the most difficult aspects of getting the gold we all seek is not even knowing where to break ground, let alone how to begin digging. Likewise, I would never have thought that the next step to recasting pepper production was quite literally to sit the expert in peppers down with the person that is doing the casting.

Yet, this is exactly what Prime Time has done, forging from the fire a one-of-a-kind edge to its operations.

“This past summer, we introduced a new design that we created ourselves for our packing line,” Mike tells me. “Completely designed and built in California, this was the brainchild of our very forward-thinking harvesting and packing manager, who had an idea and hired an engineer to help him make it happen.” 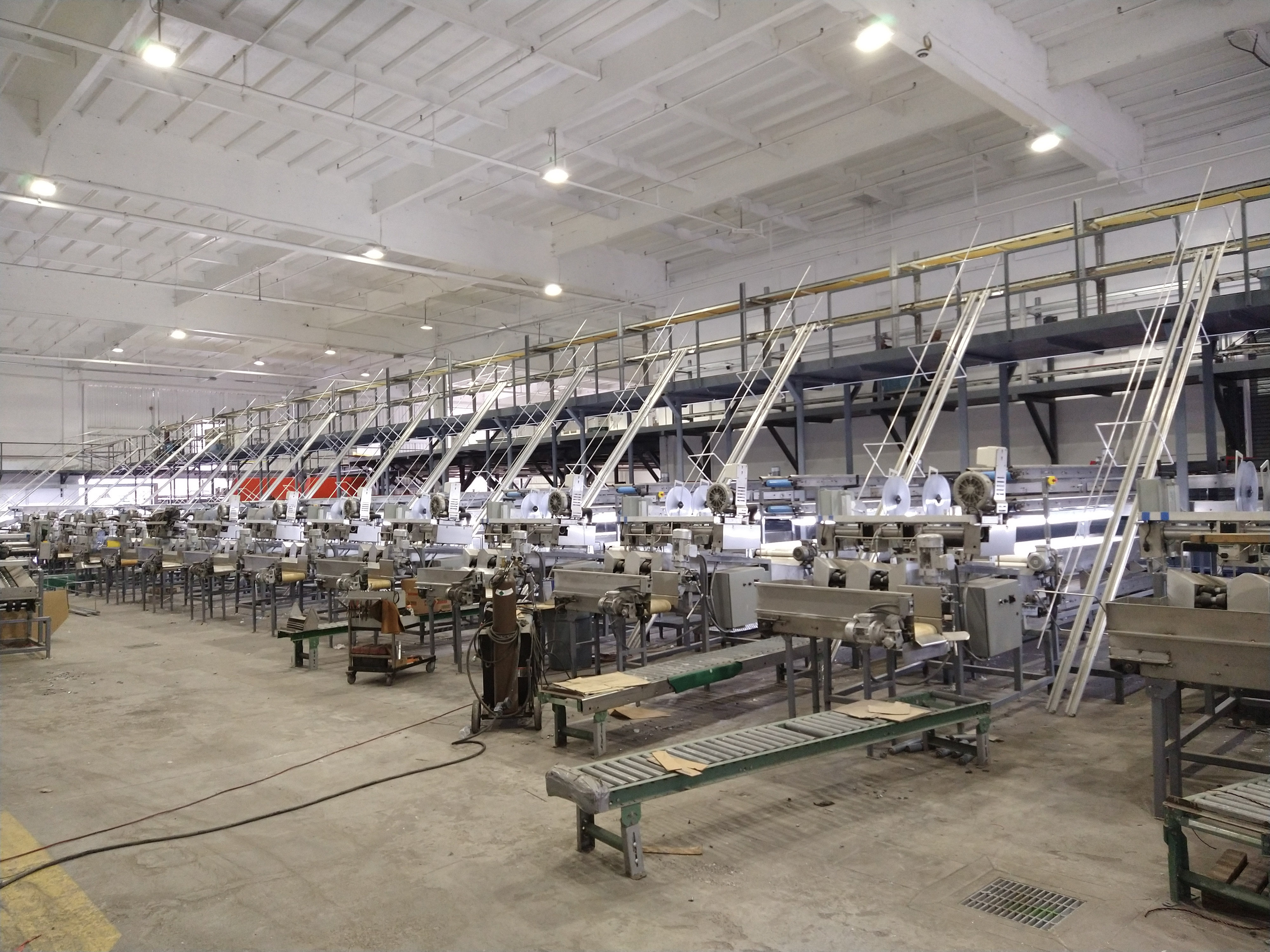 This unique concept is designed specifically to harness the power of technology for Prime Time’s product. Of course, with such a singular achievement, certain secrets cannot be shared—believe me, I asked.

As any good thrill-seeker knows, though, the twist is often best left to the imagination. And the Prime Time guys seem to be here for the rush.

“It’s exciting, and it’s just one example of how we are investing and ensuring that we are as efficient as possible, mechanizing as best we can as fast as we can,” Mike says, telling me that the improvements the team has made to its facility specifically have made Somis the burgeoning “Mother Ship” of Prime Time’s operations. “In this aspect, Somis has become our new home. In so many ways, that is a great sign of how our operations have grown, yet the changes to labor laws, and now the challenges with COVID-19, have made the upgrades we have been implementing more important than ever.”

With the increasing costs and complexities of the California workforce, automation has presented a strong solution for Prime Time. And of course, more automation and less human hands mean an easier environment to ensure both food and personnel safety in the face of COVID-19.

“THIS PAST SUMMER, WE INTRODUCED A NEW DESIGN THAT WE CREATED OURSELVES FOR OUR PACKING LINE.”

As if to one-up itself, the advantages of Prime Time’s work extend past the supply chain’s behind-the-scenes to ones retailers can bring directly to the produce department.

“Overall, we are certainly implementing a technology advancement that has given us an advantage, amid COVID-19 but, more importantly, has really ensured the pack quality of our peppers achieve the next level,” Brian explains, adding with a laugh, “and that is saying something! It was already very evident that we pack a superior product. Now, with the popularity of bags increasing due to consumer perception and the improvements we are making to our packs, we are better than ever.”

Whether you’ve been in the industry five years or fifty, it’s likely you’ve noticed the evolution of the pepper category, with each new option seeming to bring in even more consumers than the last. The latest in line are mini peppers.

“I see a lot of potential in the future of mini peppers. Already they’ve experienced incomparable growth year over year, with so much more room to excel,” Jeff shares, explaining that while some retailers are already seeing the power minis reap, others have yet to, leaving room for even more success.

Mike agrees in a way that I can see across a billboard: There are not many vegetables a kid will eat.

“I can’t tell you how much feedback we get on how well received mini peppers are among kids. Sure, they’ll eat fruit, but what about their vegetables? How many kinds of veggies can you put in a kid’s lunchbox and expect them to be eaten? They actually like mini peppers, and retailers can easily see that this is an item to promote. The success in the industry is proving them an item to bet on,” Mike tells me.

Still relatively new in terms of pepper offerings, who better to take betting advice from in the category than the team that has led its charge over the past 30-plus years?

“I SEE A LOT OF POTENTIAL IN THE FUTURE OF MINI PEPPERS. ALREADY THEY'VE EXPERIENCED INCOMPARABLE GROWTH YEAR OVER YEAR, WITH SO MUCH MORE ROOM TO EXCEL.”

While I’m not sure we are what we eat, I find a company is very comparable to what it might produce. In the case of mini peppers, Mike calls them a challenge that requires multiple regional relationships, patience, and skill— like all the peppers that have come before them. Likewise, Prime Time has built its infallible reputation on expansive relationships, patience, and skill that has inspired trust and opened doors to other items in the produce department.

“The pepper business has changed, with some new players in the game while others have come and gone. To be in the pepper business, you have to have a lot of moving parts in place, especially to do so year-round, which in turn has opened us up to more opportunities,” Mike shares.

But opportunities are shaped, not simply handed over, and the team at Prime Time is not one to wait for anyone to come knocking on a door they hold the keys to.

While the words that initially introduced me to Prime Time encompass the daring changes and willingness to get dirty for a chance to strike gold, this brand is anything but dusty. Solid and shining, it is a pioneer among compressing forces, a diamond forged among the dirt.

THEIR WEBSITE
Prime Time is committed at all levels of the production chain to providing premium quality bell peppers 365 days a year.