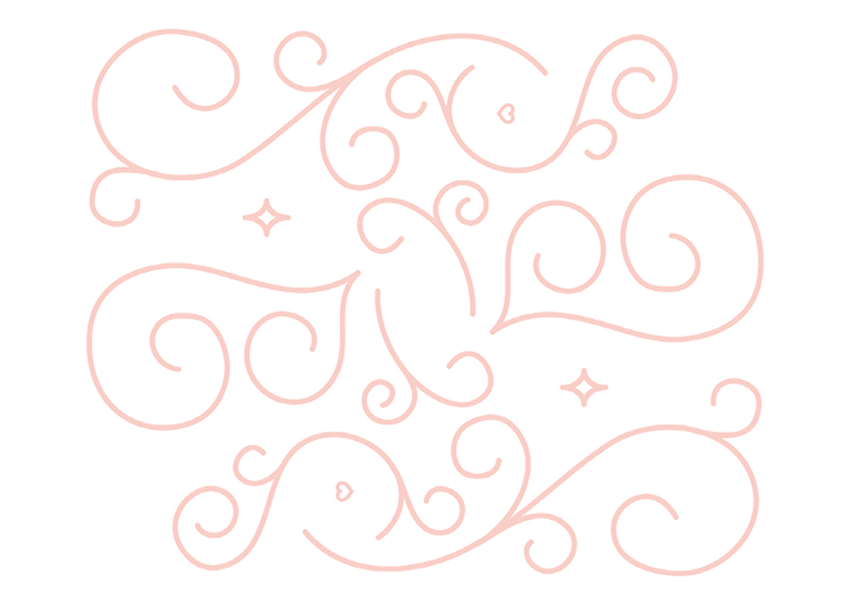 "Not one day passes where I'm not deeply amazed by the power of food and how it connects people."

Irene Wong begins at the heart of her story, and I feel like I already know the person I’ve just met on the other side of the phone.

"Gathering at the table to share a meal truly brings people together,” she reflects. 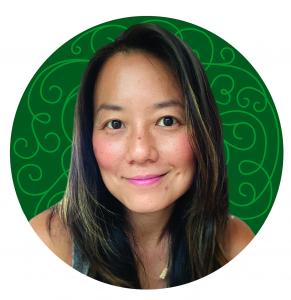 With creations like Everyday Italian, My Country My Kitchen, and Melting Pot for the Food Network under her belt before founding her own television production company, IW Productions—which has given us Man Fire Food; Food Paradise; and Unique Eats, among other popular foods shows—Irene has become one of the key storytellers of our industry, bridging the gap between foodservice and foodie.

But before traversing the world in the age of the celebrity chef, she was a daughter, a granddaughter, and, at her core, a lover of food.

"My favorite way of connecting with people is by feeding them. My family taught me this throughout my childhood. Exhausted after a long day at the office, they still prepared a home-cooked meal every single night," Irene says, painting a picture many of us can likely recall.

Cooking, it seems, has always been Irene’s love language, with the ingredients creating words better heard and felt when eaten.

“My love for food began in my grandparents' home and restaurant. My grandfather bought a building in Brooklyn, New York, in the early 1970s, where he lived upstairs with his wife and children. Downstairs, he had his own Chinese takeout called Bo Jen,” she tells me. “My parents had full-time jobs in Manhattan. My grandparents helped raise my brother and me. I grew up in their kitchen and around their food. As I got older, I would do my homework in the back room and step into the restaurant to help my grandparents. They didn't have a staff, it was all family-run—they did all of the food shopping in Chinatown, while also prepping and cleaning all of the ingredients.”

It wasn't a sit-down restaurant, and there were no deliveries. Irene points out that the pure takeout-style meant if you wanted her grandparents' food, you had to come to the restaurant and then take it to-go, creating true face-to-face interaction and extending that love language from her grandparents’ kitchen to the neighborhood they served. It’s an environment I can easily see living on in Irene, who swears she still feels the need to feed everyone in her life.

"I'm always feeding people, no matter where I am in the world, and I am sure that comes from my grandparents."

“When I'm on-location shooting a TV show, I always research the best bakery, the best café, the best restaurant. When we have a five-minute break, I'm out the door to pick up something delicious to bring back to my crew. I'm always feeding people, no matter where I am in the world, and I am sure that comes from my grandparents,” she laughs.

How far these moments in that Brooklyn building have taken the now powerhouse chef. Today, when Irene says, “no matter where I am in the world,” she genuinely means anywhere.

Irene has been helping to close the gap between the food industry and consumers through a television medium for more than 20 years, having helped maintain the star status of some well-known chefs while being a key part of what built that distinguished status for others.

“There is a reason we’re mesmerized by actors,” Irene says when I ask about producing and directing a chef. “Their performance transcends the screen, and you can't take your eyes off of them. Chefs, however, are trained to prepare delicious food that will draw customers to their restaurants. How to get critics to come in and write glowing reviews is very different from how to be a dynamic presenter on television. You can be the most famous chef in the world, but if you get stage fright and struggle to complete a sentence while the camera is rolling, that could be very damaging. It's my job to study chefs quickly in the short amount of time that we have together on set and to figure out what makes them feel at ease and excited so that I can help them deliver a four-star performance.”

And the chefs aren’t the only actors on set. In fact, they are co-stars.

“Because I work with a wide variety of ingredients for all types of cuisines, I know what their on-camera personality will look like on screen. Leafy herbs wilt quickly once the TV lights are on. Uncovered granulated sugar clumps easily. I provide a shot list to our featured chef guests which gives specific instructions on how the ingredients need to be prepped for our cameras. It’s my job to know the best lighting, camera angle, and dishes to use that will make the food look picture-perfect,” she emphasizes.

It’s a humbling moment, and yet also a kindred one, as Irene relives these experiences. Anyone who has shot a video interview with me can now compare their experience to the likes of Rachael Ray and Giada De Laurentiis, because I can’t count the times I have heard our own peers say, “I’m just the chef,” or, “I’m just the grower,” when I ask them to step in front of the camera. And every time I tell them, truly, people want to know them.

I can’t think of a better way to bridge Irene’s world and mine than through a mutual connection we all know from trade shows and television screens: Roger Mooking.

“I've been working with Roger for nine years now. I don't think either of us would have guessed back in 2011 when we started shooting Man Fire Food that we would have such longevity with this small but fun, exciting show,” Irene says.

She created the show pitch for Man Fire Food long before she had the opportunity to bring it to life because Irene and the Cooking Channel both knew that a strong host would be key. That host was Roger.

“We did 10 episodes for Season One, and then it just kept getting picked up—I believe it's still the longest-running original program on Cooking Channel at nine consecutive seasons,” she tells me, pointing out that the personality and work ethic Roger brings to the table cannot be overstated. “Roger and I have always had a very open line of communication. He wants to do the best job possible and I think, from day one, he noticed my passion and attention to detail. We have always been very collaborative and respectful of one another.”

Ironically, while the two have been close colleagues for a decade, it’s the pandemic, Irene says, that has helped them really get to know one another.

“Roger traveled across America with the crew and me for 10 years, but it was always a work environment. We've always been friends, but during quarantine, he would spontaneously reach out through WhatsApp or FaceTime almost weekly. Production was shut down, so our conversations focused on family and what was happening in the world. It was a much-needed silver lining,” Irene points out.

Another silver lining Irene has found is that she herself is cooking more, and with an increasingly adventurous spirit. The inspiration, she shares, lies in learning about different avenues and options she didn’t know prior to the COVID-19 shutdowns.

“I'm comfortable in any kitchen. Even if it's a Michelin star restaurant, I'm not intimidated. I'm fascinated! I just want to hang out with the chefs and learn from them and get excited by the food they create..."

“The pandemic introduced me to a network of food purveyors. Food companies, restaurants, and farmers had to pivot, so they started to deliver high-quality ingredients to home cooks.

Whether it was a large restaurant supply company like Baldor, or local farmers who I never knew about, I had access to impeccable seasonal ingredients and that inspired me to be more adventurous in the kitchen. I don't think I've ever developed so many recipes in such a short period of time. It really inspired me to cook differently,” Irene says.

And while she hopes her access to the supply will not fade, she says she has missed restaurants and is sure the demand is there for the long-awaited return.

“I know every restaurant is racking their brains trying to figure out how to survive. The few times I've had a restaurant meal, whether it's takeout or outdoor dining, I take a bite and think, ‘Oh, that's right. This is why I love restaurants.’ I'm a good home cook, but I could never recreate the emotions and experiences I feel in a restaurant," Irene reflects.

As for the trying times ahead, I don’t know that there is anyone better to talk to about one really tough year turning your life into a pile of ashes for you to rise from. In asking Irene to look back to the very start of her food career in 1999, I was dazzled by the symmetry of her past and our present.

“1999 was actually the best and the worst year for me,” she says. “I was working at Good Morning America at the time, and supposed to get married that fall. But the engagement ended abruptly and because my ex-fiance also worked there, I decided to quit. I started working at Food Network that summer and it turned out to be a dream job.”

Irene was hired by Bob Tuschman, who became one of the most prominent executives at Food Network.

“Bob mentored and inspired me. He gave me tremendous opportunities,” Irene continues. “During my seven years at the network, I learned how to produce and direct studio cooking shows. I traveled across the country and all over the world to shoot travelogue food shows. I worked with hundreds of chefs and home cooks. The year had started terribly, but it ended up being a very pivotal time in my life. Through work, I've met many fascinating, talented people from all walks of life, and I realized that this is what I want to do forever—just play with food, travel, and meet people.”

The desire to be in everyone’s kitchen eventually compelled Irene to leave the Food Network to begin her own production company.

"Through work, I've met many fascinating, talented people from all walks of life, and I realized this is what I want to do forever—just play with food, travel, and meet people."

“Towards the latter years at Food Network, I was a Director of Programming and supervised all the daytime instructional cooking shows produced by outside production companies. But I missed getting my hands dirty—producing and directing my own shows, being on set with my crew, staging all the food and working with talent, and clocking intense 15-hour days,” Irene says, sounding as crazy in love with the lifestyle as any produce veteran I’ve ever met.

So, Irene took a chance on founding her own company. And, while it took a few years of sweat equity, she eventually returned to doing shows for the Food Network on her terms, as well as Cooking Channel and Travel Channel, where she has continued to contribute for the last decade.

“I'm comfortable in any kitchen. Even if it's a Michelin star restaurant, I'm not intimidated. I'm fascinated! I just want to hang out with the chefs and learn from them and get excited by the food they create. I can do that for the rest of my life because that, to me, is home,” Irene says.

As simple and as strong as the ties of love itself.