Putting the 'Pro' in Proactive 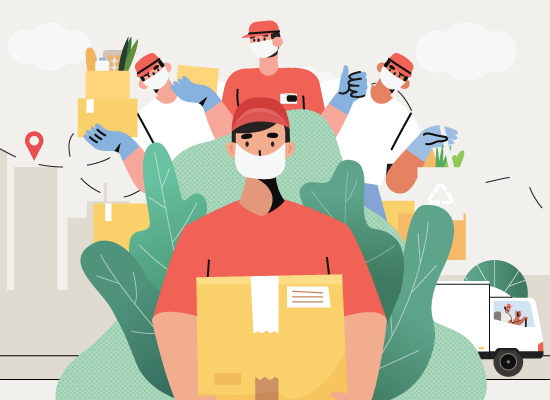 The beginning of 2020 gleamed bright with promise. I can especially remember the fervent hope for the new decade; a hope that steadily became fraught as the months flew by. In a scant few weeks, our industry came face-to-face with one of the most difficult challenges it has yet to tackle, and the call to batten down the hatches made some of us nervous.

PRO*ACT’s Chief Operating Officer, who has been with the company for 12 years now, knows that battening down the hatches is essentially second nature to this 30-year-old Salinas, California-based produce company. Founded by six independent fresh produce distribution companies, PRO*ACT has been on a trajectory to diversify its services, processes, and products. Ultimately, though, it’s been chasing after the diversification of its business while also adapting to the necessary shift needed to absorb COVID-19’s impact; one that has not deterred the company—or Brian—at all. 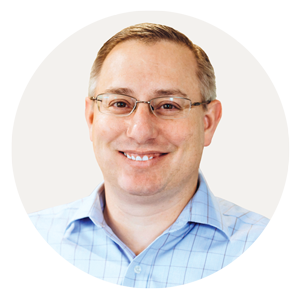 “Our teams are built to quickly problem-solve, adjust, and pivot to changing landscapes,” Brian begins, both of us viewing the other through the lens of a computer camera. It’s a stark contrast to how we might normally interview, but still, I can see the bright morning on Brian’s end, and he can see the glow of light on mine. “It happens dozens of times a year because this business has a harsh mistress in Mother Nature—but obviously, we had seen nothing on the scale of the COVID-19 pandemic. In the weeks leading up to the state-wide, shelter-in-place orders being handed down, we were reviewing business continuity plans, issuing safe handling advisories, and working with our supply chain on contingencies. This time has been extremely challenging for everyone in foodservice, but it has given us an opportunity to find ways to bring value to customers, suppliers, and distributors.”

Value was found quickly, as PRO*ACT launched its produceboxdirect.com campaign a mere four days after the nationwide shutdown went into effect. The company had even been enterprising at the beginning of the year, implementing in-depth training and a goal to improve its consultative approach to business for every team member. As each customer, supplier, and distributor has been affected in different ways, this training was an unknown boon of support, for it prepared PRO*ACT to respond accordingly to differing challenges. It also began selling thousands of boxes of repacked produce directly to consumers in 26 states, eventually partnering with multiple customers to offer boxes in their units, providing a social-distancing compliant space for communities to pick up fresh produce. 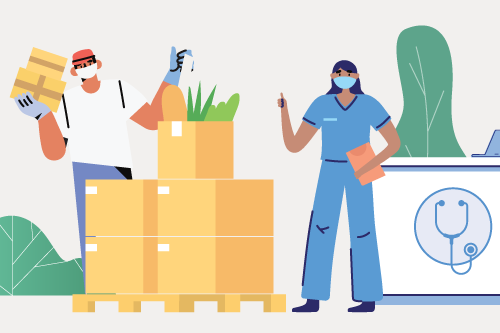 “We worked with distributors to shift volume to retail and established LTL and cross-deck consolidations to keep fresh produce moving across North America at drastically different volumes,” Brian remarks. “Working with key partners, we established ProducePartners.org with our supplier and distributor community. This helped bring 35,000 produce boxes through the Feeding Our Frontlines program to healthcare workers and economically disadvantaged families affected by the pandemic. Our sales team worked with customers to quickly establish new business priorities to keep their doors open, and then assisted in establishing protocols as they have emerged on the other side. We assisted our distributors in putting together bids for the USDA Farmers to Families program, securing over 120 million dollars in contracts. To be frank, there are times I have just been in awe with the tirelessness our team has brought to keep systems moving in the face of obstacles we have never seen before.”

“PRO*ACT has developed a certain level of agility in our business model to not just survive during periods of increased pressure—but to thrive.”

Brian is no stranger to our industry, so his awe is easily justified. His journey in fresh, as it does for so many, stems from humble origins. He began working in foodservice as a line cook to help pay for college, after which he moved into a culinary operation and then, ultimately, purchasing.

“Prior to joining PRO*ACT, I was the Senior Director of Purchasing with Rare Hospitality, where I was responsible for category management, commodity purchasing, and the management of broadline and produce distribution,” he explains. “We utilized PRO*ACT as our key produce supplier, and this is when I first started to note the team’s emphasis on flexibility and customer controls, which fit my company and personal ethos well. I remember visiting PRO*ACT headquarters as a customer, and seeing the way the team had the utmost respect for the supplier community, expected excellence from its distributors, and gave me the needed transparency on our spending down to the penny at the unit level.”

Intrigued by the chance to operate at the center of the supply chain, Brian made the jump and has never looked back. 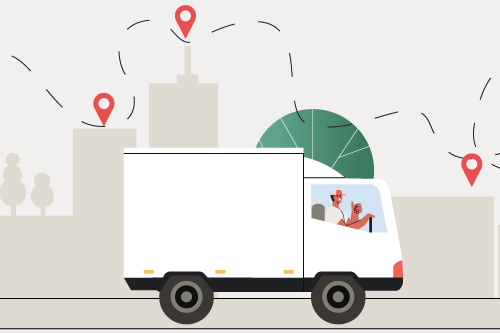 “It’s been a great ride,” he says, before pausing for a moment to reflect. “There’s something really special about having great relationships with suppliers, customers, and distributors—and providing solutions to make everyone’s business run better through efficient services.”

The produce industry seems uniquely built to attract this type of business mindset—and scare off its fair-weather counterpart.

“PRO*ACT has developed a certain level of agility in our business model to not just survive during periods of increased pressure—but to thrive. Much of this is due to the strong partnerships that we have formed across the supply chain, and the flexibility we have built by having not only a coast-to-coast reach but a local touch to our services,” Brian expresses. “This allows us to quickly pivot in many marketplaces to meet the moment that we are in, which has been a part of our DNA from the beginning.”

Naturally, a company rooted in the Salinas Valley has produce sown into its figurative skin. As it has grown to encompass a team that is nearly 100-strong, its consolidated procurement is provided to over 400 suppliers, alongside marketing, food safety, and sales services to 90 distribution companies across the United States and Canada. 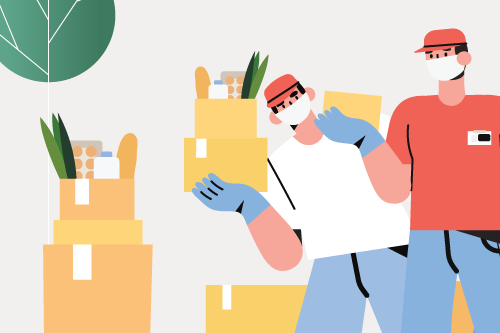 Throughout our video call, during which my black cat, Loki, is inserting himself into the dialogue through pointed nips at my feet, Brian and I have each expressed a tangible love for the industry in which we both operate. Perhaps it’s the sunny day affecting our moods, or maybe we see the forest for the trees—as so many produce partners do.

“The term ‘partners’ can be often overused as a fundamental business term to express two entities that are working together. But in produce, it’s different—and we’ve been grateful to see how deep these partnerships are despite the seemingly insurmountable obstacles,” Brian reflects. “As we look to the future, PRO*ACT is continuing to listen to the needs of our customers, and adjust and shift to fit those needs as business slowly comes back online. In a time of unprecedented change, we’ve been working harder than ever to show up and create stability for our supply chain in the way that they most need.”

So, am I yet again faced with a crossroads, one that pits me against 2020 and my hope for a successful year? After sharing my screen with Brian, I’ve gained perspective that opportunities are found even in the most uncertain of times, and that sometimes all you need to refocus your mindset is hopping on the computer with a friend.

Perhaps my hope for 2020 was not unfounded after all.

THEIR WEBSITE
PRO*ACT is America’s leading distributor of fresh produce to the foodservice industry. For almost two decades, PRO*ACT has been providing foodservice operators with the distinct benefit of streamlining the produce supply chain – offering significant cost benefits and an easy, one call solution to secure the freshest produce from over 70 third-party inspected distribution centers across the United States and Canada. As America’s Coast-to-Coast source for fresh produce, PRO*ACT contracts with the industry’s leading growers and shippers, providing the foodservice industry with the “PRO*ACT Advantage” in product quality, safety and value. PRO*ACT provides category cost management through commodity contract pricing, in-house consultation services, and integrated produce program distribution management – bringing optimal economic value and food safety to foodservice operators and setting new standards in the produce industry each and every day.