Cutting to the Core 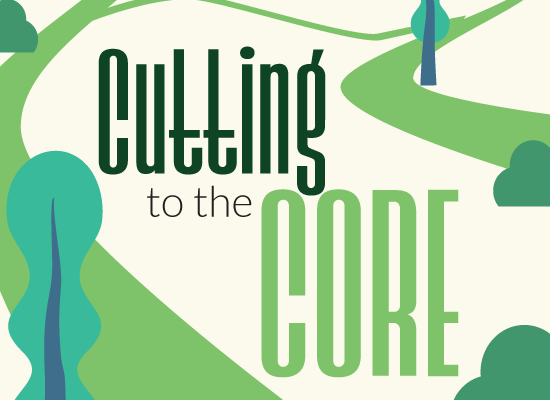 If you are willing to dive deep enough, there is a word for almost any feeling, experience, and emotion. There are even terms to describe a lack of language—alexithymia literally means the inability to express your feelings. When it comes to the individuals that call Progressive Produce home, frequent terms like commitment and solid come to mind. The team’s constitution is so deeply layered, it is nearly impossible to speak of one individual without encompassing the whole. As such, I felt I was hopping from stone to stone following the pathway of a company firmer than granite or marble. 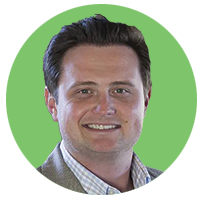 “The men and women working in our warehouses around the clock for weeks on end should be extremely proud of what they did to come together and feed a country in need,” says Scott Leimkuhler, Senior Vice President of Sales. “They are our Progressive heroes, and they should be yours, too.”

We first spoke of the groundwork for this piece before COVID-19 began to reshape us—back when the bonds of Scott’s team were challenged by the typical turbulence of providing fresh produce.

Like the industry we serve, though, the narrative evolved as Progressive Produce found itself adjusting to the COVID-19 climate. 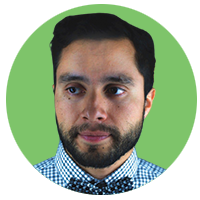 “Even though what’s currently happening is unprecedented, we cannot steer away from the fact that this brought us closer as a team and challenged us to be better,” remarks Oscar Guzman, Director of Marketing and Sales. “We’re dealing with an evolved customer in the wake of this chaos that requires the utmost attention to detail and empathy to understand their needs.”

To help me understand as well, Oscar walks me through a day inside Progressive Produce—all movement as things run in constant motion. From the facility in Commerce, California, the sales team calls customers, potatoes and onions are packed in the warehouse, and logistics are coordinated. In La Mirada across town, Progressive’s new 120,000-square-foot cold storage facility bustles with workers packing and shipping high-quality fresh produce. 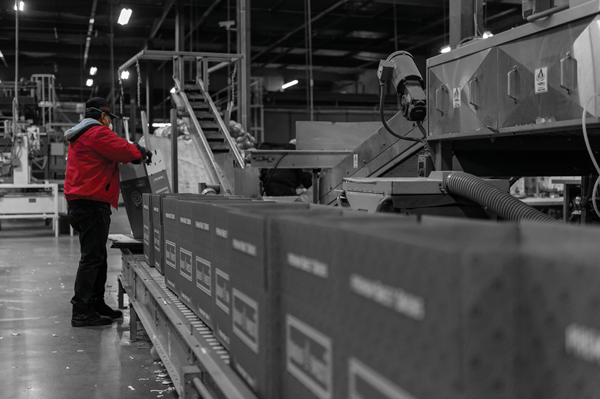 When lunchtime rolls around, Oscar emphasizes that you will inevitably hear team members chat about friends and family. When the day ends, calls of “Have a good night,” and “Drive safe!” ring out as the second shift rolls in. The only difference from any other day, he points out, is that, amid COVID-19, team members are wearing masks, socially distancing, and sanitizing constantly.

Food safety, packaging, and innovation have never been more critical as they are today. Progressive has always invested in being ahead of the industry’s needs, and this time’s no different as significant details that might have gone unnoted are brought to the surface.

“The men and women working in our warehouses around the clock for weeks on end should be extremely proud of what they did to come together and feed a country in need.”
-Scott Leimkuhler, Senior Vice President of Sales, Progressive Produce

“This pandemic galvanized the next generation of leaders, and Progressive has made sure the right people are in the right seats,” Oscar explains as we dig into a transition initiated well before the pandemic, but solidified throughout.

If we return to the idea that the people of Progressive are building a pathway that has become the company itself, Scott is the first stone and a foreshadowing of a grander theme.

First starting in 2010 as a Sales Coordinator and growing to become Progressive’s leading sales team member, Scott’s contribution to the path is a legacy. His father, Jim Leimkuhler, is not only the current Chief Executive Officer but one-third of the ownership that initially saw Progressive’s potential, acquiring the business from Chiquita in 2003.

“I’m excited to see where we can take things. The sky’s the limit because we have the best people in the produce industry working here,” Scott shares of what’s taking shape. “Everyone at Progressive is passionate about produce and taking care of our customers.”

His stone connects invariably to the next of those taking up the torch of Progressive’s future, Cory Stahl, Vice President of Sales for Progressive’s Asparagus+ division.

Cory recalls when Scott first mentioned a hiring opportunity that would be the beginning of a ground-up education in a whole new world. The two met at the University of Southern California and Cory, a year ahead of Scott in school, found himself graduating in 2009—just in time for the Great Recession. 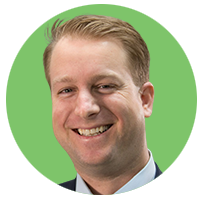 “There was something about Progressive and the ownership group of Jim Leimkuhler, Victor Rodarte, and Jack Gyben, that piqued my interest. That, along with being part of the beginnings of an asparagus program within a great company,” Cory begins. “It also helped to know Scott so well and trust him before getting into a world I knew nothing about.”

Now, among the leadership of the company, the two work together to strengthen the culture and ensure its core business segments continue to find innovative solutions.

"This pandemic galvanized the next generation of leaders, and Progressive has made sure the right people are in the right seats.”
-Oscar Guzman, Director of Marketing and Sales, Progressive Produce

“Scott and I know how to cut to the core of an issue and positively impact the entire company together. It’s been great having a longtime friend as your partner and leading the two produce divisions of Progressive into the future,” Cory concludes.

And, of course, there’s Oscar, who’s perhaps an opal or quartz in this strata leading us through the story—he ensures maximum shine for the rock-solid company. In his role as Director of Marketing and Sales, it falls to him to help outsiders, me included, understand the intangible essence that sets Progressive apart from all the rest. 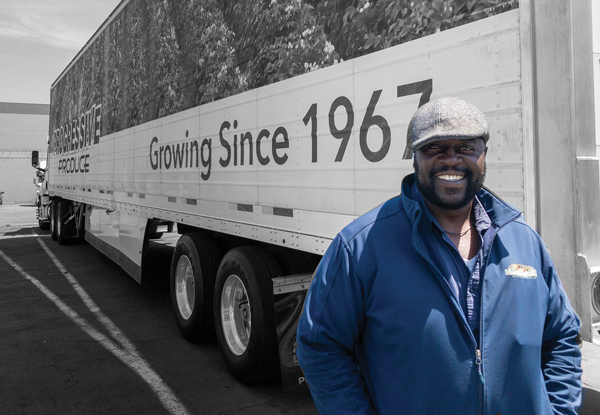 Oscar’s path was originally meant to diverge from fresh produce, with plans of being an educator rather than a lifelong industry member. But a fervor we all can relate to left that stone unturned.

“I thought teaching was going to be my future, but ultimately my passion is in produce and marketing. I found a home at Progressive, where I can be part of the industry and continuously challenge my creativity and problem-solving,” he shares.

Fresh produce is the ideal environment for a mind that continuously seeks to learn, and Oscar promises Progressive does just that.

“The education I received from produce veterans like Brad Martin, Pat McDowell, Jon Gerondale, Mike Rodriguez, and Jack Gyben has been priceless, and I owe a lot of my success and understanding of this industry to them,” Oscar says. “Because of that education, I believe I can be the partner that our team needs in our relentless pursuit of excellence.”

With this next generation of management, Progressive is more prepared than ever to continue being its customers’ problem solvers and innovators.

Perhaps there is no single word to encompass the unity of Progressive’s culture, much like no single stone can construct an entire path on its own. A mix of friendship, family, and purpose, each individual comes together to ensure that the trail taking form is only just beginning to show what it is capable of traversing. 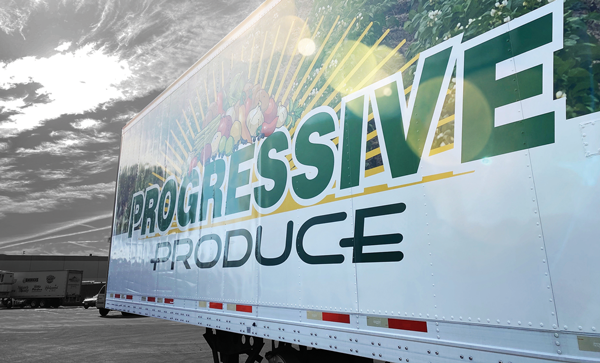 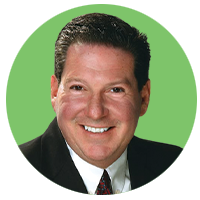 Howard Nager, whose produce career spans 37 years among brands like Fresh Del Monte and Sun Pacific, was drawn to Progressive’s strong culture and core values. He shares that, “There is terrific energy and enthusiasm amongst the team, along with a strong commitment to providing the most consistent quality products with superior customer service.” 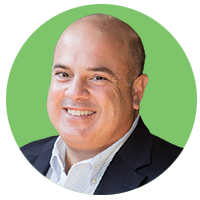 Dominic DeFranco, who brandishes nearly 30 years in produce with prowess at companies like Fresh Del Monte, is one, Scott says, who has rocked the boat in the best ways possible, commenting, “Dominic is a difference-maker and has hit the ground running to make a positive impact on our business. I’m looking forward to what we can do together for many years to come.” 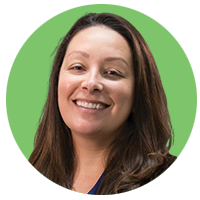 Veronica Rodarte is a third-generation-member of the industry, having started as a Dispatcher for Pathfinder Logistics before working her way up. “My dad always said that if you show up ready to work, ready to learn, and ready to make a difference, then your potential here is limitless,” she shares, clearly having followed her dad’s advice. Veronica’s dad, Victor Rodarte, now retired, began as a forklift driver and earned his way up to Senior Vice President of Sales and Part Owner following the path laid by his own mother, who started the family tradition by sorting potatoes on the packing line at the very same company. 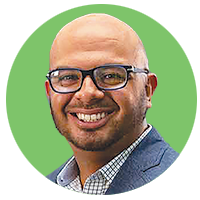 Jesse Montoya also has deep roots at Progressive, recalling, “I still remember my dad picking me up in the Progressive big rig when I was a kid and driving me around the block!” Now all grown up, Jesse has been instrumental in bringing Progressive to the next level. “Being on the front lines during the COVID-19 panic buying period was a whirlwind. But it was comforting that I could reassure my family that everything would be okay,” he shares. “I could see firsthand how the supply chain was still flowing and that fresh, healthy produce would continue to make its way to consumers.” 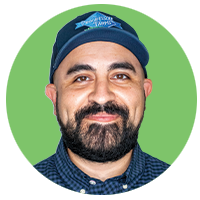 Gael Vazquez has held several roles within Progressive, including having spearheaded the company’s traditional organics division. Looking back, he says, “During my career, I’ve learned the many different sides of our business, and it’s helped tremendously in my growth at Progressive. Working in produce has been a rewarding challenge. It’s by far the most difficult challenge I’ve faced, but well worth it. The way I see it, we help connect people to good healthy food, and that’s an idea I can get behind.”

THEIR WEBSITE
Progressive Produce is a year-round grower/packer/distributor of fresh produce. We grow thousands of acres throughout North and South America of potatoes, onions, asparagus and other fruits and vegetables.