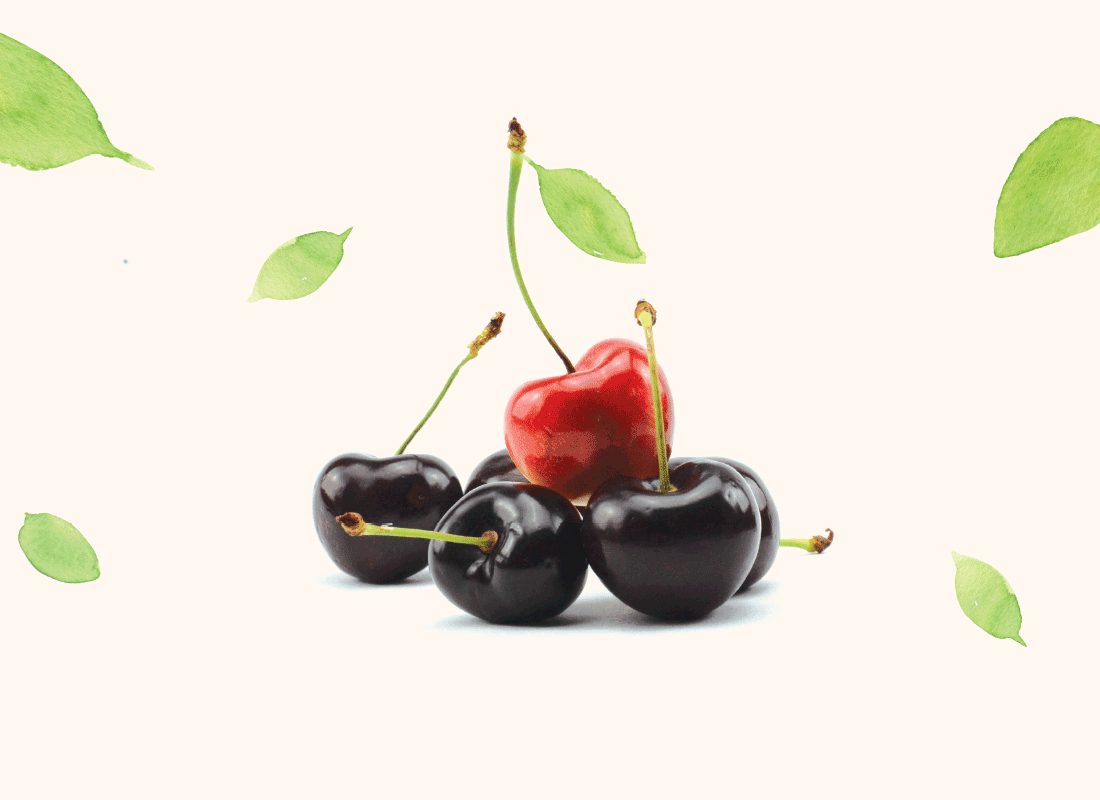 The interconnectedness of a family, chosen or otherwise, is infinitely complex. There is the path you choose, and then there is the one laid out for you, and each is as multidimensional as the next.

We often talk about the values passed down from generation to generation. Though we all pursue many of the same tenets of humanity—kindness, dedication, creativity—when it comes to familial bonds, each group’s pursuit will be informed by the culture they were raised in. 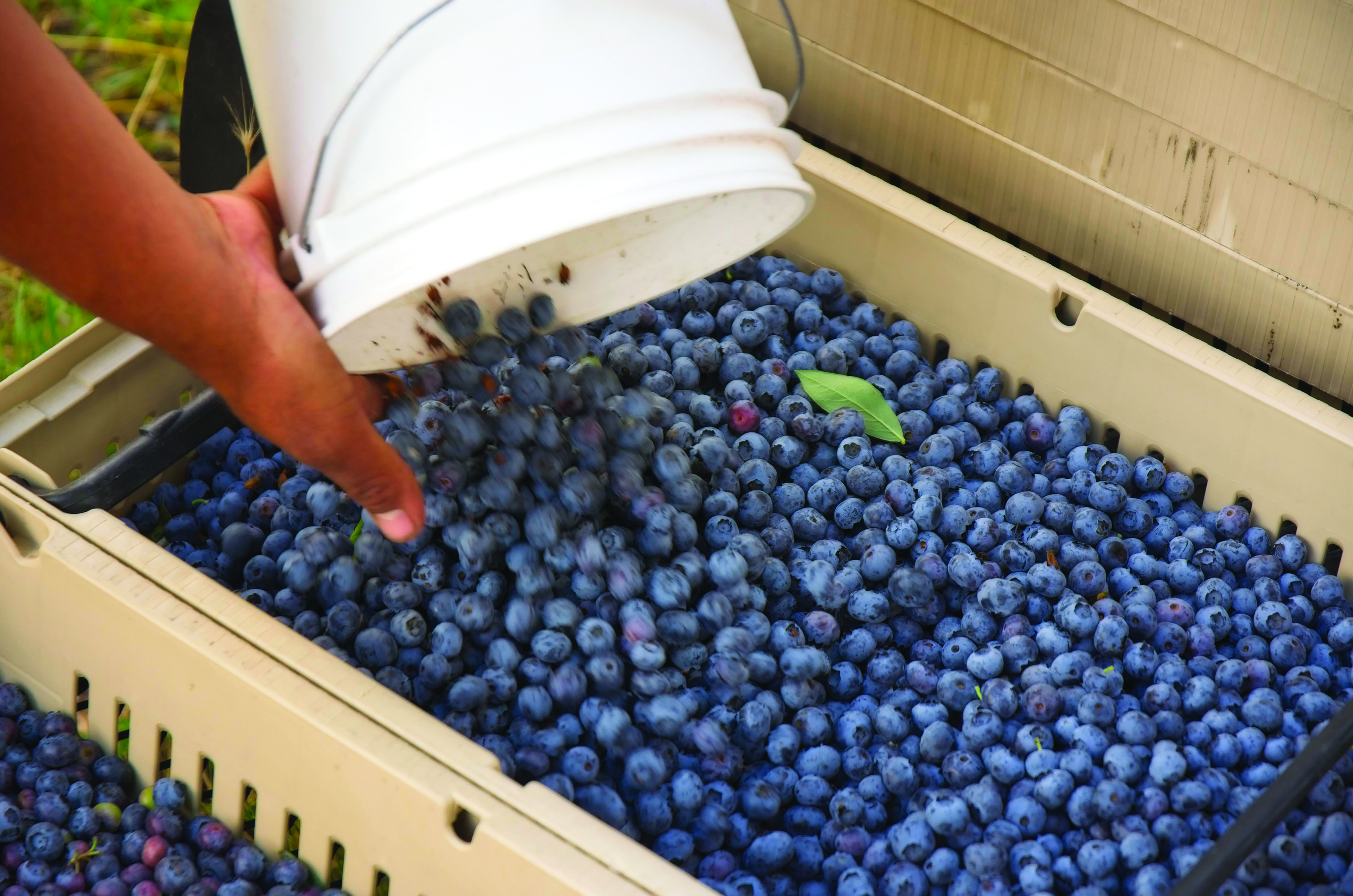 Rainier Fruit Company, for example, has a fierce drive that is firmly rooted in its upbringing. Though the company’s value proposition has evolved over the years, that familial framework remains the same. And a hunger for the truth is what allows such cornerstones to live on.

“The company wasn’t simply handed off from my dad to me,” said Chief Executive Officer Mark Zirkle, looking back on how in 2003 he took the reins from his father, Bill Zirkle, who officially retired in 2011. “I became part of a larger family that puts in tireless hours right alongside me. I never wanted to do anything else or even thought about doing anything else. This is it.” 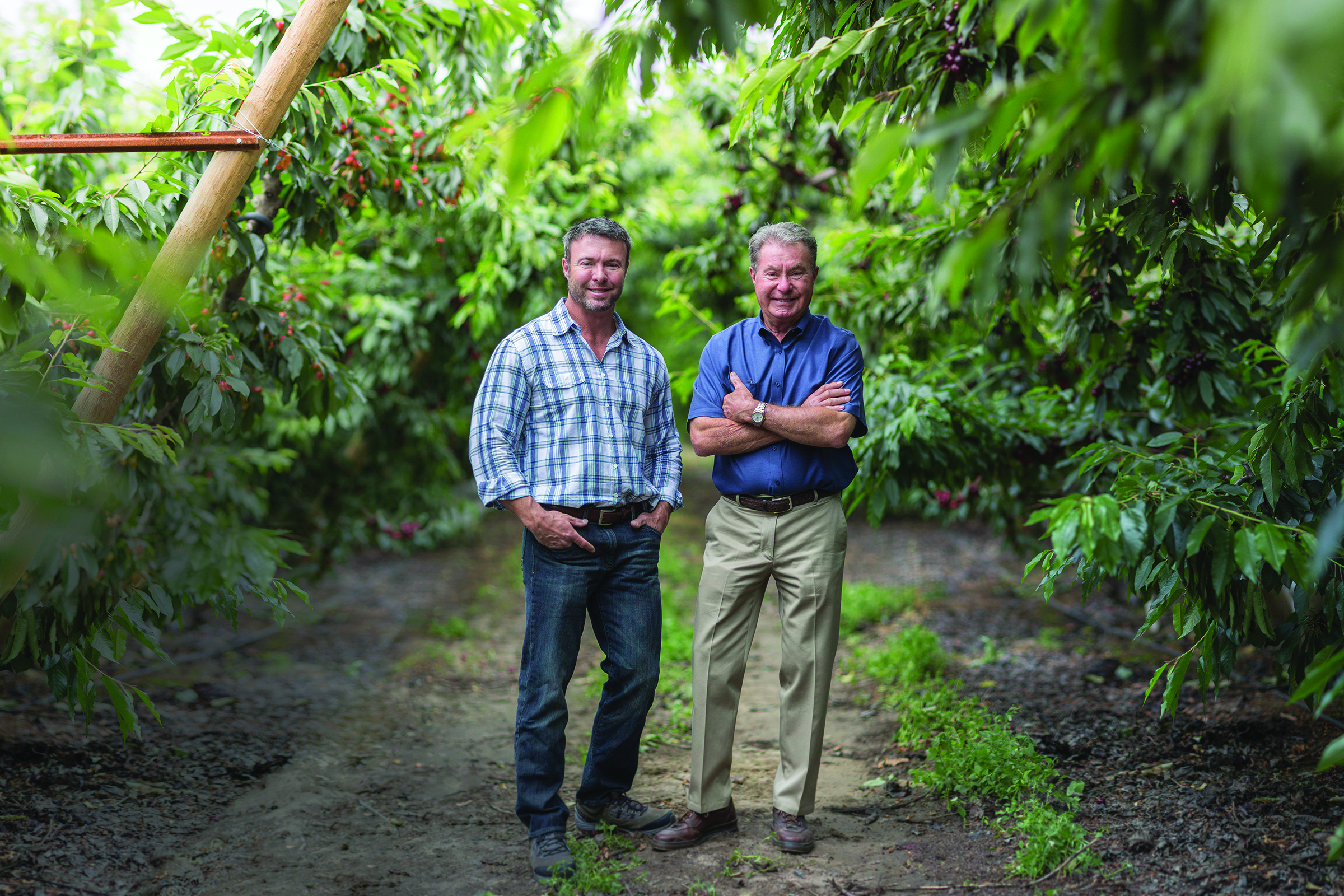 If you talk to anyone at Rainier for very long, you will notice a continuous thread of humanity demonstrated through acts of service, unspoken trust, and determination beyond words. These core values may be easy for a company to claim, but the fruits of such mottos can be seen in the company’s employees, as well as its products.

“Rainier was founded on service, that’s what sets us apart. Trust and responsibility were core beliefs of my dad’s, and that culture lives on to this day,” Mark continued. “The team here knows what to do—once the fruit is harvested, they take the wheel. We invest in people here, and that’s the best part.”

Rainier’s headquarters sits in the heart of Selah, Washington, while its ranches expand up and down the central spine of Washington State. From the ranches to the sales team, everyone at Rainier is well versed in their shared vision, and they can tell you why consumers taste the Rainier quality in every bite. 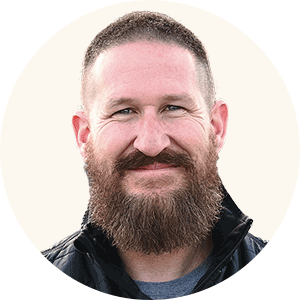 “There’s a kind of trickle-down effect here on the ranch,” said Aran Urlacher, Area Manager at the Mattawa ranch, where many of Rainier’s innovations, like its partnership with Equitable Food Initiative (EFI) and its Bee Better Certified™ program, originated. “It’s a matter of circular repercussions. Whether that’s to an employee or the ground, the care and effort that is put in, you’ll get back.”

Mark chimed in, adding that getting EFI certified was another form of support for Rainier’s people-first organizational culture. He explained that getting EFI certified was confirmation that the company has been on the right path all along, as putting people first and treating them with integrity is what the team has always done. With an organization like EFI backing that up, it goes to show how Rainier has made its mark on the industry.

Aran went on to explain that organic growing methods are more than a goal, but a necessity. Led by the company’s continuous expansion, organic operations are the foundation of all that Aran does at Mattawa, and he is always pushing the limits. 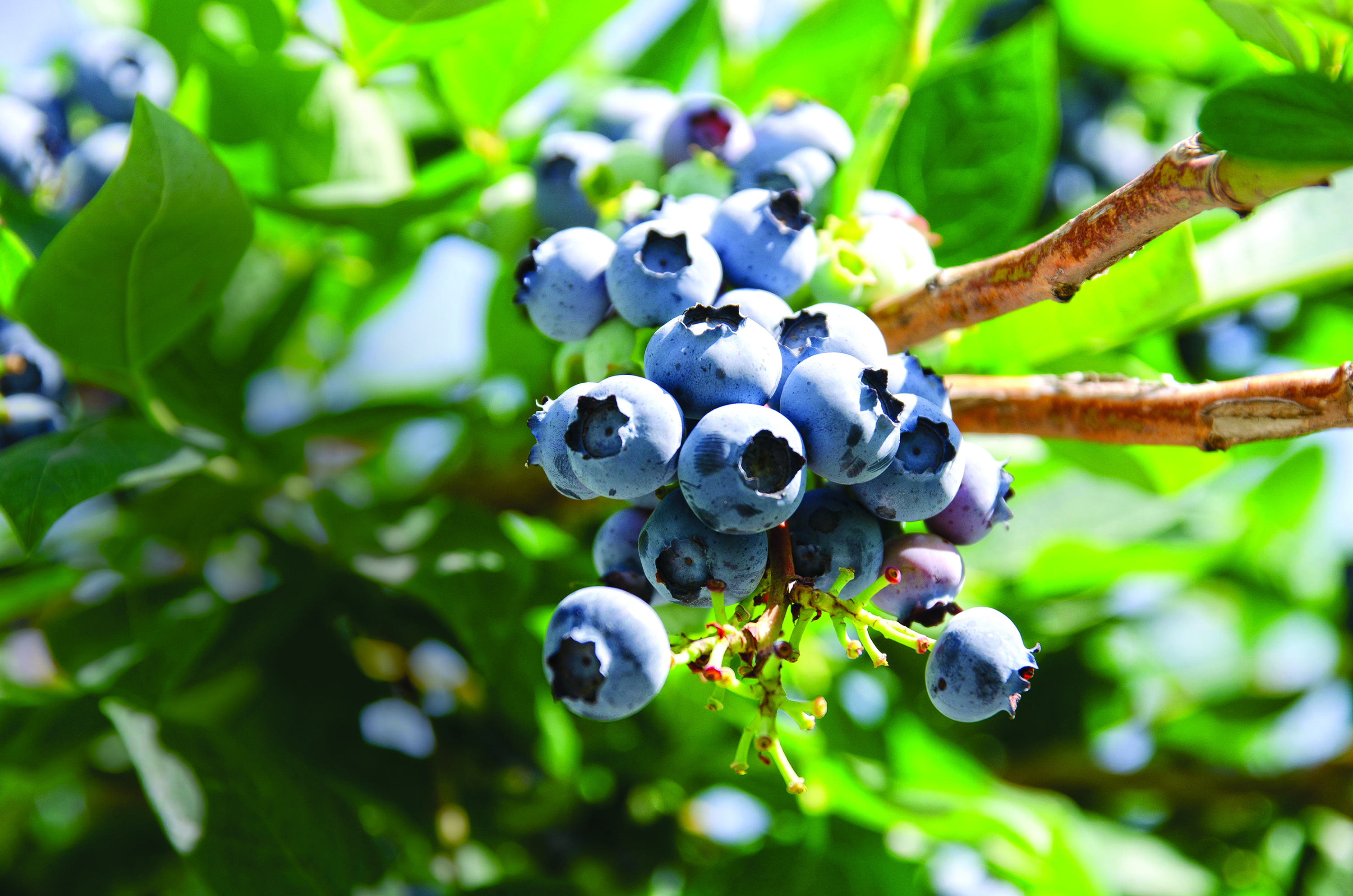 “I am very supported by everyone when I have ideas on how to grow produce organically or expand on our employee’s benefits,” he said. “If it supports our people or our land, Rainier will back it up, simply because it’s the right thing to do. I love working for a company that prioritizes having organics year-round. All of our organics are grown here in Washington, and we are going into our fourth consecutive year with those year-round domestic programs.”

Historically known as apple growers, Rainier expanded its lineup to include cherries and blueberries in the early 2000s. Though the Rainier team has their gaze fixed on these seasonal sensations, they’re also producing a year-round organic apple program for the fourth consecutive year. 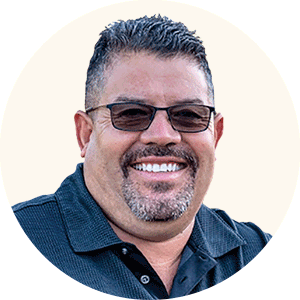 Ralph Garcia, one of Rainier’s original Field Managers, has been with the company since 1980. At 16 years old, he was working side-by-side with Bill Zirkle back when Rainier’s operations had not yet surpassed one hundred acres. Ralph is practically part of the Zirkle family, having seen both challenges and the wave of Rainier’s success. He now manages the Selah-based ranches where Rainier grows Honeycrisp and Gala apples, as well as several varieties of cherries.

“Cherries teach you things about growing other fruit. They’re in season for such a short time, so the opportunity for me to grow them is a privilege. Over the years, my team and I have learned how to read the trees and their needs—adjusting nutrition, watching how the trees react, and finding that balance of water until we finally find what our crop needs to thrive,” Ralph said. “To me, Rainier is the gold standard.”

Familial bonds seemingly extend beyond employee relationships, as Ralph explained the immense pride he experiences when he sees Rainier cherries on retail shelves. And, for a moment, I lost sight of the boundaries between the product and the producer.

“Trust and responsibility were core beliefs of my dad’s, and that culture lives on to this day.”

“Seeing the Rainier logo and the quality of the fruit in the store provides a huge feeling of pride for me and my team,” he continued. “We have worked together to optimize warehouses, sales, data, and everything in-between as we aim to grow what consumers are looking for. We rely on Rainier and our family of growers to hit the nail on the head every time.”

Utilizing the rain shadows of the Cascade mountains, Rainier’s blueberries are truly something to behold. Because of the extremely dry climate, the amount of water its plants receive is an exact science, controlled down to the last drop. On top of this, the supplier’s blueberries are all grown by one family, providing consistency all summer long. 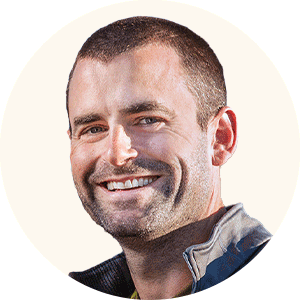 Brian Hoover, Area Manager for all of the company’s southern ranches, found his way to the ranches after attending school for another discipline entirely.

“I’m not a multigenerational farmer. I grew up in Yakima and had my finger on the pulse of agriculture in central Washington, but I went to school for business. I found my path to produce, and I’ve been on it for 10 years now. I really can’t imagine doing anything else,” Brian said. “Blueberry season is a grind. Kicking off in early June, it’ll overlap with our cherry season and early apple harvest, and will wrap up in late September. Then we head straight into late apple harvests for varieties like Pink Lady and Envy™, which will last into November. There’s no break for a solid six months.”

All of Rainier’s blueberries are organically grown, a commitment the family made to the land and its customers when it started growing blueberries fifteen years ago. And, without the support of growers like Brian, the continuation of that commitment would not be possible.

“It really is a labor of love,” said Brian. “The Rainier logo exemplifies quality; it’s not just a sales tool. These products are our babies, and the winter pruning takes true skill and hours of time. We watch our products bloom, see them leave the farm in their bins, and track them by the lot number all the way to retail.” 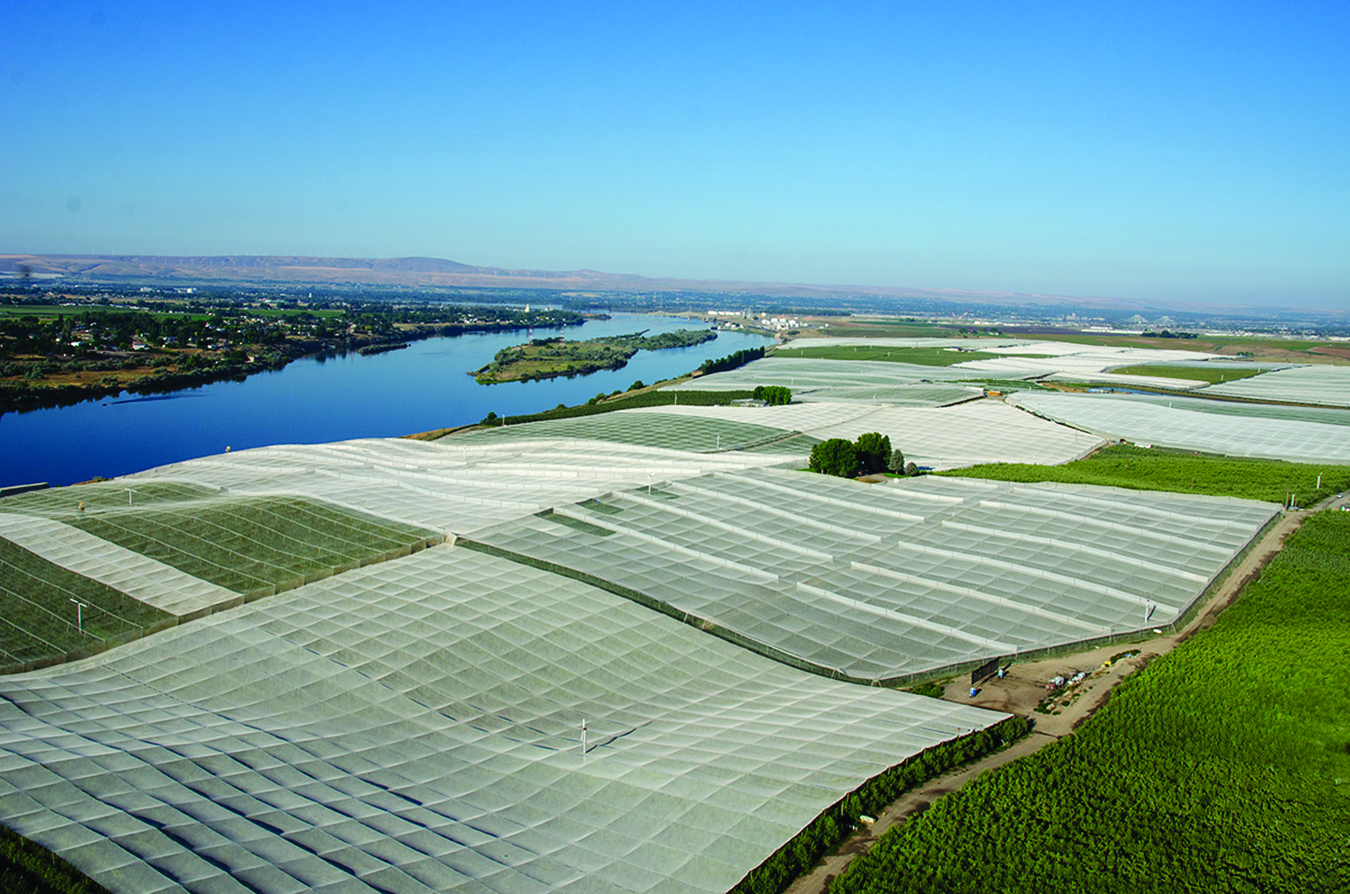 Brian is another of Rainier’s organic produce experts, explaining that Rainier’s journey isn’t seen as a well-worn path in the world of farming.

“We are setting the pace for growth in this sector, farming 100 percent organic blueberries in a location that traditionally doesn’t grow blueberries,” Brian told me. “There’s a lot of counterculture in what we are doing.”

Rainier’s team of produce players-turned-family-members is vested in these core tenets, which not only challenge the practices of others, but forge an incomparable footprint.

“To me, Rainier is the gold standard.”

Reflecting on this path built by the company’s Founders, Mark’s great-grandparents, is a practice in gratitude. If they could see Rainier’s premier operations as we enter the summer fruit season, I am positive that they would beam with pride.

In our conversations, I could see that Mark, Aran, Ralph, and Brian were returning to their roots, reminding themselves of why they rise every morning with the beating heart of Rainier inside them.

After all, without their earthly vessels, there would be no Rainier to speak of.

THEIR WEBSITE
Our family-owned company is one of the largest growers of both conventional and organic apples, pears, cherries and blueberries in the US.