Wherever Your Roots May Grow 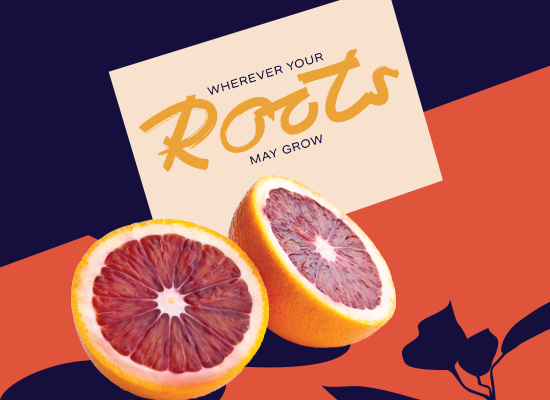 "Produce is the kind of career that takes you totally by surprise.”

This is a phrase I’ve heard many versions of since coming into the fresh produce fold. A unified sense of teamwork, pride, and belonging, as Julie DeWolf put it, are just a few of the qualities that enchant fresh produce pathfinders like herself. I, too, can attest to this feeling of togetherness, which has enveloped us all. But, once I crossed paths with the storied roots of this organically grown industry luminary, the simple yet resounding message took on an entirely new meaning. 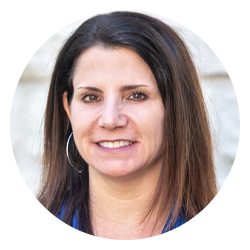 “The family and camaraderie I’ve found in fresh produce are unlike any other industry,” Julie told me as we sat down to unearth the history of her career. “We are a small, close-knit group of people, many of whom have generations of experience, with the same objective: We are not just feeding the world, we are making the world a better place with our nutritious fruit. We grow the healthiest products on Earth, and there is a huge sense of pride in that for me.”

Though the tree that is Julie is still firmly rooted in Southern California, Sunkist Growers’ Director of Marketing Operations has traversed a complex path that carried her far beyond the soil from which she first sprouted. Like water is to a plant, education nurtured endurance in Julie, beginning at the University of California—Santa Barbara, and extending to the University of California—Los Angeles. Newly certified and armed with expertise in Public Accounting, she then returned to where her wealth of passion was first planted.

"We are not just feeding the world, we are making the world a better place with our nutritious fruit."

“I’m a native Southern Californian, born in Redondo Beach and raised in Rancho Palos Verdes. I currently live in Redondo Beach, so I haven’t traveled far from my roots!” Julie explained. “During my nine years as a Certified Public Accountant (CPA), I was introduced to several different industries—healthcare, gaming, higher education, and nonprofits. After three and a half years, I moved on to a finance role at Twentieth Century Fox. There, I was responsible for the financials of our pay television division and accounts like HBO and Showtime.”

The food industry, however, had bigger plans for Julie. She took on the role of Financial Analyst in the beverage division at Nestlé, infusing brands like Coffee-mate®, Nesquik®, Juicy Juice, and Carnation® with her tour-de-force energy. Julie was then in full bloom as unmatched ambition and resiliency formed new branches to the colorful canopy of her ever-growing tree.

“During my time at Nestlé, I met someone who worked in what we called category sales development at the time, which would later morph into what we know as shopper marketing today. She had an entry-level position available, and I knew I didn’t want to be a number cruncher my whole career, so I took the leap of faith,” Julie told me. “That was 20 years ago now, so I’d say the risk paid off!”

Anyone who knows Julie has learned that magic happens when she mans the helm of an ambitious marketing strategy. Her pivotal move to the sector brought numerous new opportunities, including a more-than-two-year-long position building account-specific marketing plans for national accounts like Spiderman and X-Men with the video game company Activision.

“I learned a lot about financial statements and budgets as an accountant, which has proven extremely useful in my career as a marketer. Once I switched over to a marketing role at Nestlé, I worked with our teams and customers on a regular basis, creating programs that incorporated both in-store and consumer marketing elements,” said Julie. “That set the stage for my job at Activision, where I had autonomy for the first time as a manager who could build account-specific plans to drive revenue.”

"Managing a marketing campaign was the most fun I ever had in my career, and I knew that was what I wanted to do for as long as possible."

As her story built, I heard the devotion in Julie’s voice as clear as day. Her cup runneth over with life lessons, instilling in her the determination it takes to succeed in our industry. None of the paths Julie traveled have been taken without purpose, as with each step she took, her resolve continued to grow.

“Managing a marketing campaign was the most fun I ever had in my career, and I knew that was what I wanted to do for as long as possible,” she continued. “There is a lot of excitement in knowing you can directly impact sales even when you’re not a traditional salesperson. I got a lot of joy out of seeing the programs come to life and helping both our company and the retailer achieve revenue goals. I also learned about several marketing vehicles that transcended industries, and that knowledge traveled with me to the produce industry.”

A new branch emerged in the shape of fresh produce when Julie joined the team at Sunkist Growers, and she never looked back. Finally, Julie’s foliage was complete. 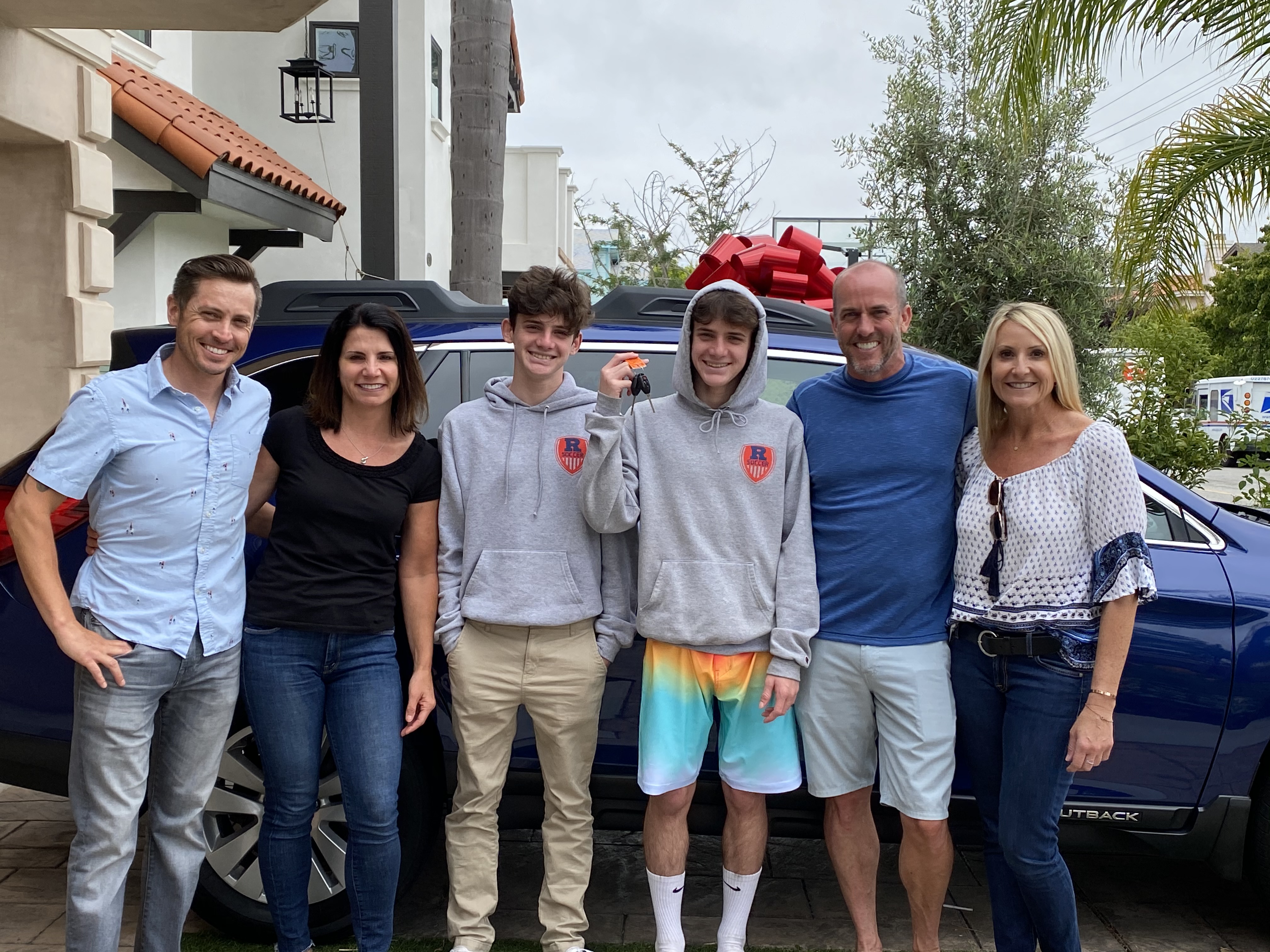 While many of the extensions of this proverbial tree are intertwined with Julie’s professional life, joy is not solely sprung from the seeds of a successful career. It also comes from our families, our friends, and all of the unique hobbies that make us who we are.

Julie is no exception. Though this headstrong working woman has roots spread in many soils, she still finds time to revel in the joy that is her life outside of work, which includes her two teenage sons with well-rounded lives of their own, as well as a penchant for killer workouts.

“One of my biggest passions is watching my boys play soccer on their high school and club teams. The best thing, as their mother, is watching them embrace teamwork on the field because they rarely embrace it at home!” Julie teased. “Other than that, I love the beach, cooking and baking, and exercise—I’m fairly addicted to kickboxing and have recently become a fledgling cyclist.” 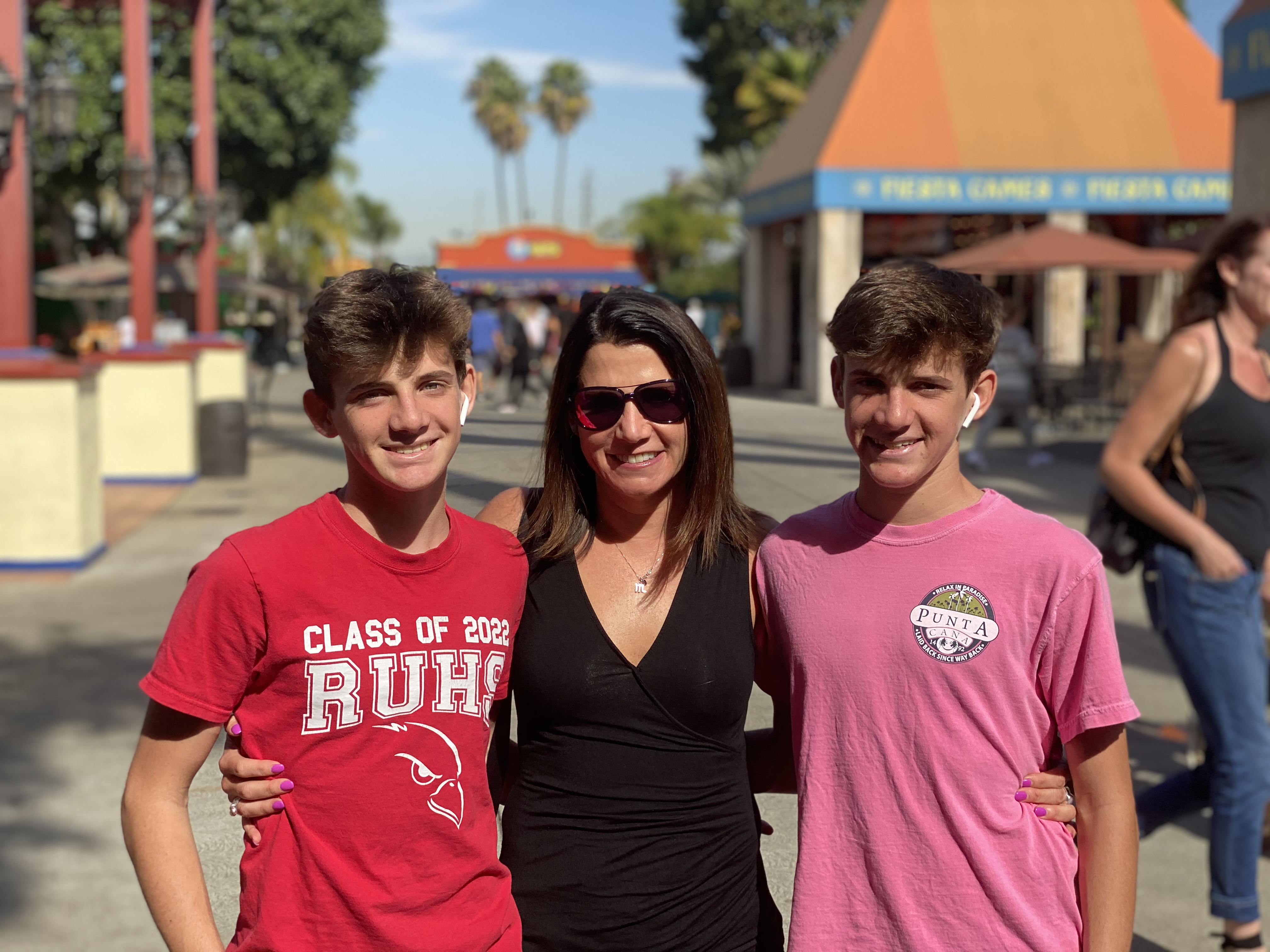 When Julie isn’t cheering her sons on from the sidelines or breaking a sweat of her own, family is still on her mind. For at Sunkist Growers, family is embedded into the very bedrock of its success.

With thousands of family farmers who support the cooperative, Sunkist’s values are practically parallel to those of Julie. Collaboration is always top of mind and, lucky for the company, it has just the woman who can connect the dots between the farm and the fridge.

“Working here is the best of both worlds. While Sunkist is a reasonably large brand, it was built on generations of family values and experience. Working every day in an environment where people are hard-working, honest, and concerned for the health and well-being of the human race aligns perfectly with who I am,” Julie remarked.

If we could map the root systems of both Sunkist and Julie, I imagine that we would find similar patterns—an emphasis on family is just one of their commonalities. Passing industry expertise from generation to generation, Sunkist has paired commitment with a love of nutritious fruit to bring a world-renowned brand to market. With Julie actively seeking out new ways to promote Sunkist citrus, these two are on a fast track for even further growth.

“While we already have very strong relationships with our buying community, I see us growing even more in that area in the coming years. Since we offer customizable programs, we are putting a heavy focus on account-specific marketing plans.

Along with that intention comes the discovery of valuable, cost-effective, technologically advanced marketing programs that drive purchase and convert shoppers into Sunkist citrus fans,” Julie divulged.

When Julie arrived at her position as Director of Marketing Operations at Sunkist, it was less of a meeting than a return. Her roots had grounded her in a place where individuals of Julie’s caliber thrive. And in that space, she found the infinite family that is fresh produce.

“Everyone has their own story. Some aren’t as clear-cut as others, but they inform every step toward the future,” Julie reflected. “Although I didn’t initially know what kind of career I wanted to pursue, I let my passions and intuition guide me to where I am today. There were challenges, of course, but they created the story that is uniquely mine.”

Perhaps that is the best way to look at the tree of Julie. With roots widespread and boundless determination waiting in the wings, Julie DeWolf’s fresh produce path is a story that was simply waiting to be written.

THEIR WEBSITE
unkist is an agricultural cooperative entirely owned by and operated for the California and Arizona citrus growers who make up its membership. When buying Sunkist® fruit, consumers are not only getting the Sunkist quality that they know and expect, but they’re also supporting family farmers, which we feel is a worthy cause to lend your taste buds to.