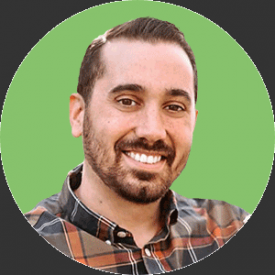 F rom my first conversation with David Dudley, I had the feeling we were picking up where we left off rather than starting at a beginning. I hear an open laugh on the other line—the kind you rarely hear outside your inner circle—and I’m immediately at ease. I have no problem believing this man, now a Senior Manager of Sales and Merchandising of Produce and Floral at Sprouts Farmers Market, will help several others find their footing in fresh produce.

“My stepdad, Mark Perez, worked for a local produce business, Perez Brothers, and I got to hang out at the office with him from time to time. I spent summers working at the tomato packing shed and learned quickly that I had a burning passion for produce that’s still with me today,” David shares with me.

His stepfather laid the first foundational bricks that gave David purpose through the hazy years of adolescence, assuring him of what he should do.

“I went to California Polytechnic State University and studied Agribusiness. So, I had an idea of what I wanted when I graduated in 2010, and I was very fortunate it was in the food industry—produce in particular,” David recalls as we both reflect on what it was like entering the workforce during the Great Recession. “Through Cal Poly, I had an interview with Markon Cooperative in Salinas, California, two weeks before I graduated, and I was offered the job post-graduation.”

Upon starting, David immediately became acquainted with the importance of relationships thanks to Joe Ange, now Director of Business Development at Eagle Eye Produce.

“Joe taught me so much about produce,” David tells me. “He was the Assistant Director of Purchasing and I was his first—for lack of a better term—apprentice as a Produce Buyer. He was a great mentor. For the four years, I was at Markon, my experience felt like an extension of college—I went to produce college, and Joe was my Big Brother. Everything I have learned since then is built off of the education I got there.”

While David’s experience on the foodservice-side of buying was invaluable to him, life happened in the most challenging way it can.

“My stepdad passed away in 2012 after a year-long battle with cancer. I stayed on with Markon for one more year, but realized it was time to come home,” he tells me.

Returning to California’s Central Valley, David entered a new circle of the industry by making the jump from foodservice to retail.

"All of these individuals really focused on my personal development..."

“I started working for a guy named Jim Corby, who was, and is, a very important mentor. Markon was all foodservice, so this was my first job in retail, and I was the only Category Manager for produce at Save Mart—a chain of about 90 stores at that time,” David laughs.

The relationship was a perfect fit. After serving as Food Lion’s Vice President of Produce, Jim joined Save Mart three months before David, making them a pair with produce acumen and a new company to navigate.

“It was just the two of us running 90 stores’ worth of produce—ads, item assortment, pricing...everything in produce retail—and Jim and I hit it off. He was at the end of his career and really taught me a lot of great lessons: how to treat people as far as relationships with supplier partners go, and how to handle challenging situations. We formed a really good friendship, and I still talk to Jim to this day. He’s still very much a mentor to me,” he tells me.

In addition to Jim, David met another mentor, who continues to be a strong anchor today, in Steve Junqueiro. Steve, who has since moved into consulting, was Save Mart’s President at the time.

“All of these individuals really focused on my personal development, but Steve helped guide the way as a leader of a privately held company,” David says, explaining how, thanks to Steve, he had the opportunity to prove himself at 27 years old as interim Director of Produce for Save Mart.

“It was definitely a sink-or-swim situation, but Steve had a lot of faith in me. When the President of the company is checking in with you on a regular basis, that means a lot. He always called me ‘the kid’ and set a strong example for me to follow,” David remembers.

It’s true that while Save Mart’s rich heritage added to David’s produce foundation, there was still more structure to build and an opportunity with the California Table Grape Commission (CTGC) presented David with a new building block—supply-side experience.

“I was on the other side of the fence now,” David laughs. “I wasn’t looking for a new job, but I was missing the pace of retail without realizing it.”

The realization came when David received a call about a position at Sprouts Farmers Market, asking if he wanted to throw his hat in the ring. Now, one year later, David is back on the buy-side and in the space that feels most like home.

“I didn’t know how much I missed it until my first day. Working for the CTGC was a great experience that still informs how I work with and maintain supplier relationships. But coming back to retail was the moment I realized that this is where I belong,” David tells me, adding that his mentors continue to be invaluable in these moments of clarity.

When I ask David how he identifies and enlists the help of such experience, he pauses.

“I’m forever a student,” he finally says. “I was constantly asking questions, and now, if anybody ever calls me a mentor, I will explain the ‘why’ behind the what. Too often we take for granted that the ‘why’ is obvious. When you empower people with the reason, they buy into it, then they execute. There’s no way I’d be where I am without the mentorship that I received along the way, and I’m humble enough to know that.”

I know, in speaking to David, I never hesitate to ask a question. In doing so, he teaches me to make a few more phone calls, talk a little longer, and that there is a lot of runway left for this rising mentor.

There are many styles and cadences to leadership, but there is one prominent characteristic to mentorship that stands out for me—a presence, one that invites others to make themselves comfortable.

And ask questions like David would—as though a legacy depends on it.

Here is what they have to say about David... 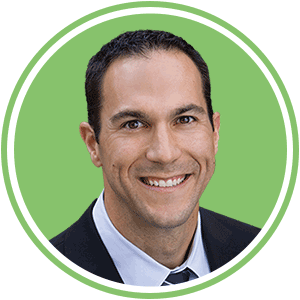 I have always thought of David as a guy with a strong work ethic who has never shied away from jumping into the thick of it to help get the job done. David is an open book, and my advice to anyone working with him is to ask as many questions as you can. He probably doesn’t know how much he knows. He’s so energetic and makes the job fun. We taught each other, and anyone learning from David should understand that is a great opportunity. Once they do, the quicker they will grow. 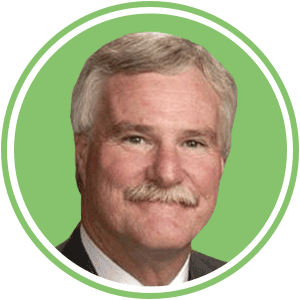 It was always a great pleasure to work with David. He has a very good head on his shoulders, a good sense of humor, and proved to be the kind of person you can always count on. He has a great sense of doing right by anyone, whether they are on the supply-side or the buy-side. David is great about staying connected with me and other former leaders from Save Mart; he is never afraid to reach out and get an opinion. We still talk about once a month, and over the years we stay in touch over new experiences in work and in life. I remember, at his wedding, I met his sister and she told me David has a young man’s mind and an old soul, which I think is a perfect line to describe him. He has always been a good, salt-of-the-earth kid. 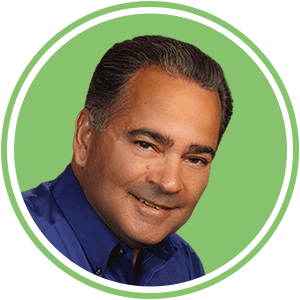 David is a very unique talent in our industry and was always a great young person to work with. He is one of those people who you can see will definitely make a difference. I think David has a unique quality—he incorporates the use of data and information with a real passion, desire, and instinct for the business that I don’t always see in today’s young produce individuals. It is an important attribute to look for. He embodies the old-school respect for relationships combined with the use of new technology that is becoming increasingly crucial. As a leader, David listens to and connects with others. He understands it takes a team to win. 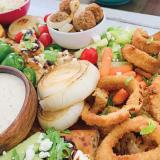 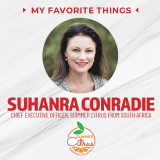 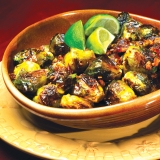 WTF Do I Do With 4Earth Farms™ Organic Brussels Sprouts ?!

WTF Do I Do With Bee Sweet Citrus Lemons?