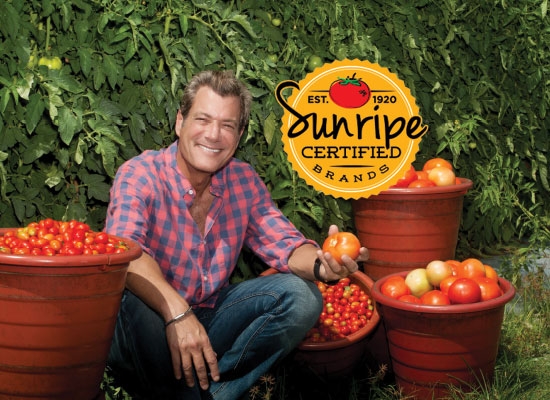 As the Chief Executive Officer at Sunripe Certified Brands, one of North America’s preeminent tomato providers, Jon oversees and is part-owner of a fourth-generation family farming operation whose presence extends throughout the eastern United States and Mexico, with outposts in Florida, the Chesapeake, and south of the border in Sinaloa and Culiacán.

Under Jon’s direction, the company has partnered with the Fair Food Program and Coalition of Immokalee Workers to ensure the best possible conditions for farmworkers at Sunripe Certified and throughout the industry. The company has worked with PrimusGFS and Eleven Rivers® Growers to meet customers’ needs for fresh, healthy, safe, and sustainable products. Sunripe Certified has expanded to new growing regions and built new facilities, and it’s done so with the utmost attention to sustainability and to meeting the needs of its farmworkers, its end-consumers, and its customers. 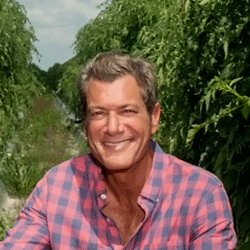 When people see Sunripe Certified Brands, we want them to have the confidence that their food is grown safely...

There’s a lot for Sunripe Certified Brands and its CEO to be proud of, but the word doesn’t quite fit. The word Jon is looking for is elusive and bears an almost uncanny resemblance to “proud”—a sense of gratification but not of self-satisfaction. I can hear him searching over the phone as we talk one morning in early winter.

“We are humbled—humbled to have had the opportunity to be a leader, in Florida and in the produce industry, in the area of doing the right thing as it applies to our relationship with our coworkers,” says Jon. 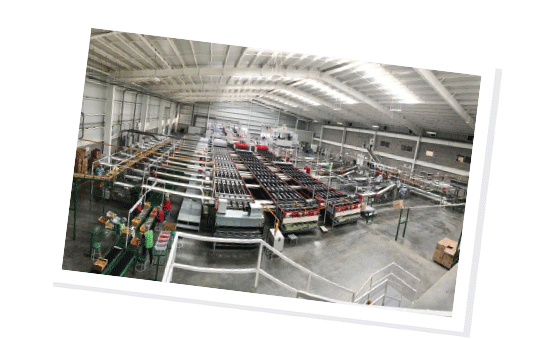 “When people see Sunripe Certified Brands, we want them to have the confidence that their food is grown safely, that people who have honored us with their work have had the opportunity to do that work in the safest and fairest workplace, that our product will always be consistent and of the highest quality,” Jon says. “And by the way, that land that we farm on is owned 90 percent by the Esformes and the Heller families, and we take care of that land.”

Sunripe Certified promises the utmost commitment to four pillars: food safety, social responsibility, quality, and sustainability. It’s perhaps the second of those pillars that Jon speaks most passionately about, but I soon find out, he’s loathe to describe it under the rubric of social responsibility.

“‘Social responsibility’ sounds like we’re doing something extra—when it’s doing what we’re supposed to be doing. Around here, we call that doing the right thing. What we’re talking about is paying people what they earn. We’re talking about those people having a safe and fair workplace. We have a responsibility to see things as they are and not as we’d like them to be. And in seeing things as they are, we saw very clearly that agricultural workers are by far the most vulnerable workers in North America,” says Jon. “We make every effort possible to eliminate sexual harassment, intimidation, and violence. Quite frankly, we owe that to our workers. All of those things are just wrong, and we have a zero-tolerance policy for them. That’s not the kind of environment that we’re creating here.”

‘Social responsibility’ sounds like we’re doing something extra—when it’s doing what we’re supposed to be doing. Around here we call that doing the right thing. 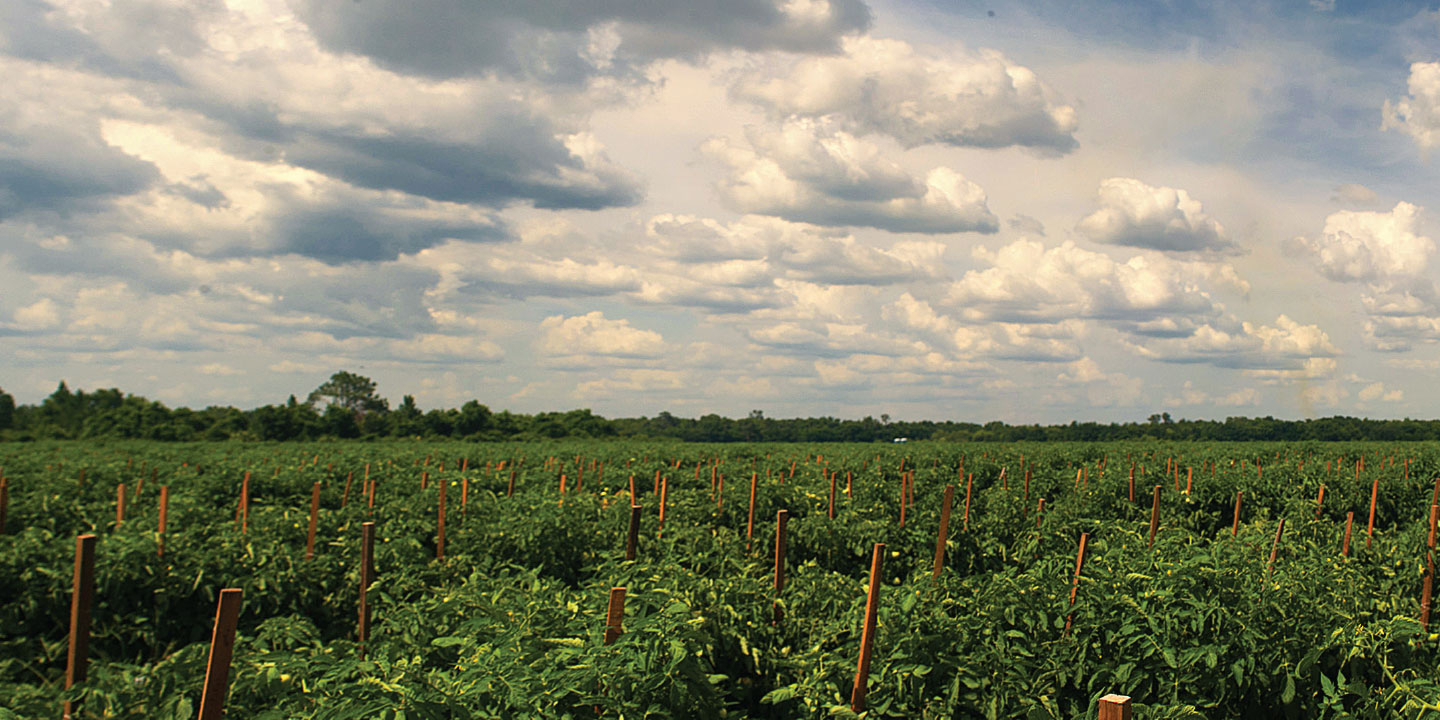 To truly understand Sunripe Certified’s commitment to “doing the right thing,” to these ethical pillars, it helps to understand the nearly 100-year-long history of the company and the partnership between the Esformes and Heller families. Jon’s family first immigrated to the United States just before the first World War, settling in New York City. After Jon’s great-grandfather was told by a doctor he could no longer work in a shoe factory because airborne glue had made him ill, he took to the streets with a pushcart full of watermelons. Eventually, Jon’s great-grandfather built up his fruit vending business and secured a spot in the Bronx Terminal Market.

Selling produce would eventually lead the family to enter into growing its own, first in Upstate New York, then in Florida, California—even pre-revolutionary Cuba. The family’s business would continue to grow throughout the next 50 years.

In 1982, the Esformes family partnered with the Heller family—another produce cart-turned-growing operation that began in New York City’s Washington Market. The two families would combine their resources and expertise to form a single business under the Pacific Tomato Growers rubric (the company was then growing largely out of California, where at its peak, it farmed more than 7,000 acres).

Throughout much of the 20th century, Jon has noted elsewhere, the family business—along with other produce providers—took an “adversarial” stance to worker organizations like the UFW and the Coalition of Immokalee Workers. This all changed in the 2000s, though, when Jon agreed to meet with representatives from the Coalition.

Inspired by the teachings of Jewish faith-based recovery program Beit T’Shuvah, Jon approached the meeting with humility and a willingness to do everything in his power to improve Sunripe Certified’s operations and approach to farm labor.

Jon quotes from Rabbi Abraham Joshua Heschel, a preeminent theologian, moral thinker, and human rights activist who was a friend and contemporary of Martin Luther King, Jr.: “Morally speaking, there is no limit to the concern one must feel for the suffering of human beings, that indifference to evil is worse than evil itself, that in a free society some are guilty but all are responsible.” 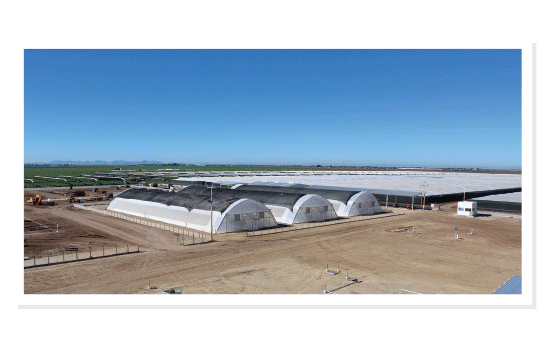 Within months of their first meeting, the Coalition and Sunripe Certified had reached an accord, and the company had become a standard-bearer for the cause of farmworkers’ rights.

“Our relationship with the Coalition of Immokalee Workers allowed us to very quickly become a model for what the industry could become,” Jon adds. “It was a model for the future in 2010, and we still believe that we have the highest level of standards in the produce industry.”

That high bar has even seen the company come to odds, recently, with some of produce’s largest industry organizations.

“You will not see the Sunripe Certified name signed on to the PMA and United Ethical Charter, and that was deliberate,” says Jon. “Because if you don’t have a secure system of complaints and investigations that is fair, even-handed, and separated from the authority of the company, it’s nearly impossible to effect the real kind of change that we’re after given who our agricultural workers are and how vulnerable they are.”

Jon points to the enormous distrust agricultural workers may feel toward growers and authorities—particularly migrant workers who may not be accustomed to the kinds of protections the Ethical Charter aims to uphold.

“Over the last eight years, our workers have gained a great deal of respect for and trust in our company, and therefore they can call our company hotline to make a complaint,” Jon notes. “But for many years we had a hotline and never received any complaints because people were afraid to call.”

Jon is quick to point out that Sunripe Certified’s commitment to agricultural workers’ rights and to the integrity of its operations extends to its Mexico operations as well. The Esformes Family has been farming in Mexico since 1959, and Sunripe Certified is currently in its second year of production out of a new state-of-the-art facility in Sinaloa, Mexico.

“All our core values are expressed in that facility. It’s the highest level of technology and food safety. We took our extraordinary packing facility in Wimauma, Florida, and we replicated that in Mexico,” Jon notes. “We have a very unique situation there where, once we purchase a seed, it doesn’t leave the property until it’s a packaged tomato headed for the border. We grow all of our own plants; all the packing and all the farming is done within the property lines of our operation. I love that. The less we can impact the environment by transporting product over the road, the better it is for the product, the better it is for the environment.”

And as in the company’s U.S. operations, Sunripe Certified’s employees in Mexico are of paramount importance. 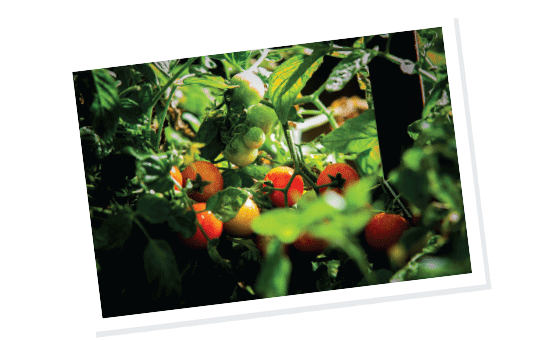 “Each of our workers, everyone who works for our company in Mexico, is a direct employee. We don’t work with any labor contractors, and all our employees are from the local communities, which has given us the opportunity and ability to build a long-term relationship with the folks who work for us there because we live and work in the same communities,” Jon says.

We don’t work with any labor contractors, and all our employees are from the local communities, which has given us the opportunity and ability to build a long-term relationship with the folks who work for us...

In the spirit of perpetual improvement, Sunripe Certified is constantly pressing forward. From changing the geography of its growing operations to reduce distance friction to its latest venture, introducing new value-added capabilities at its Wimauma facility, the company continues to evolve, to put forth the best iteration of itself, and to carry ahead at the vanguard of the industry. 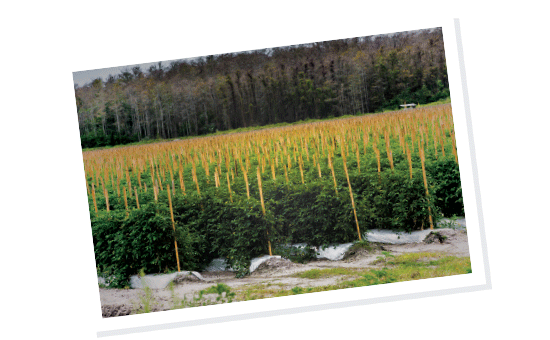 “As our customers’ needs have evolved, we as a Florida grower have recognized and identified the value-added category as a critical way of meeting our retail and foodservice customers’ changing needs,” Jon tells me. “We retooled our Wimauma facility, where we had traditionally operated from October till July handling all our snacking tomato varieties. We built a freestanding facility on that property to take care of all of these different types of packaging and spec requirements that our customers have. So we can essentially be a one-stop shop for your Florida tomato needs.”

Because, from its employees and owners to customers and end-consumers, Sunripe Certified is a company first and foremost invested in better serving and meeting the needs of its constituents and in learning how best to do so.

“We are always learning; we are always developing, and we don’t live in a vacuum,” Jon says. “We are absolutely learning from every interaction we have with every professional in our business.”

It’s a process, Jon explains, one to be approached with humility, the knowledge that responsibility knows few bounds, and a certified commitment to being the best one can be at each juncture.

THEIR WEBSITE
Sunripe Certified Brands is serving customers from coast to coast year-round with an extensive line of tomato varieties.