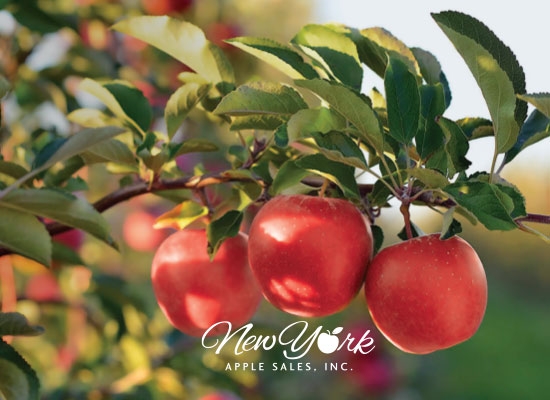 I’ve said it before, and I’ll say it again: There is no joy like a fresh slice of crisp apple dipped to perfection in smooth caramel sauce. That, my friends, is heaven. Offering a literal take on the term “crunch-time” during the holidays, New York Apple Sales is enjoying a great season that will see the debut of new crop varieties. 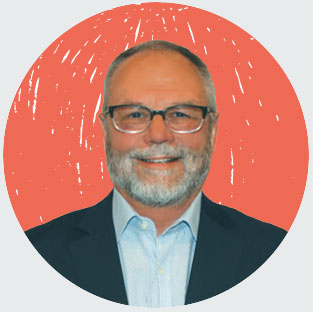 At the root of New York Apple Sales’ current efforts is Jim Allen, Vice President of Marketing, who sheds light on the company’s newest movements in its KORU® expansion.

“It’s a New Zealand-based apple that we have been importing for about five years. We actually are in a partnership with two other major shippers in Washington State—Chelan Fresh and Starr Ranch Growers. We have been selected by Coast-to-Coast Growers Co-Op, which is a group that manages the imported KORU and the growing and marketing of KORU stateside. We work with the grower co-op to sell the KORU apple. We harvested the variety in October—240,000 packs of bushels,” Jim tells me.

"Buzzwords like ‘a great healthy snack,’ ‘low-calorie,’ or ‘digestive-aid’ work really well when merchandising apples to this health-conscious crowd."

The company’s goal is to create a continuity throughout the season. It imports KORU from New Zealand in April, and that season runs into October. Now, New York Apple Sales is diving into its stateside-grown KORUs for the fall harvest. The Braeburn-Fuji cross offers a unique and firm crunchiness beneath its bi-colored exterior, with a sweet and tart flavor and a hint of honey. 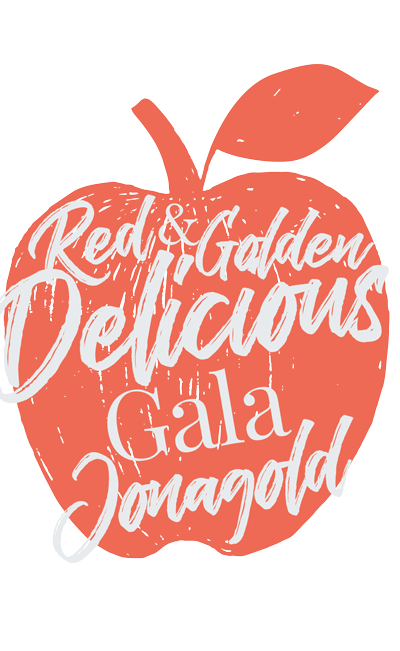 As we make our way through the holiday season, there is a need to recognize the suppliers offering staples to festivities’ spreads. To this point, Jim notes that New York Apple Sales is steeped in tradition as it steps out on a limb, so to speak, with its recent KORU developments.

New York Apple Sales is never one to settle, though, and Jim jumps right into the proprietary varieties that have created a momentum for the company and the partnerships it has forged to boost accessibility to the varieties’ flavors. 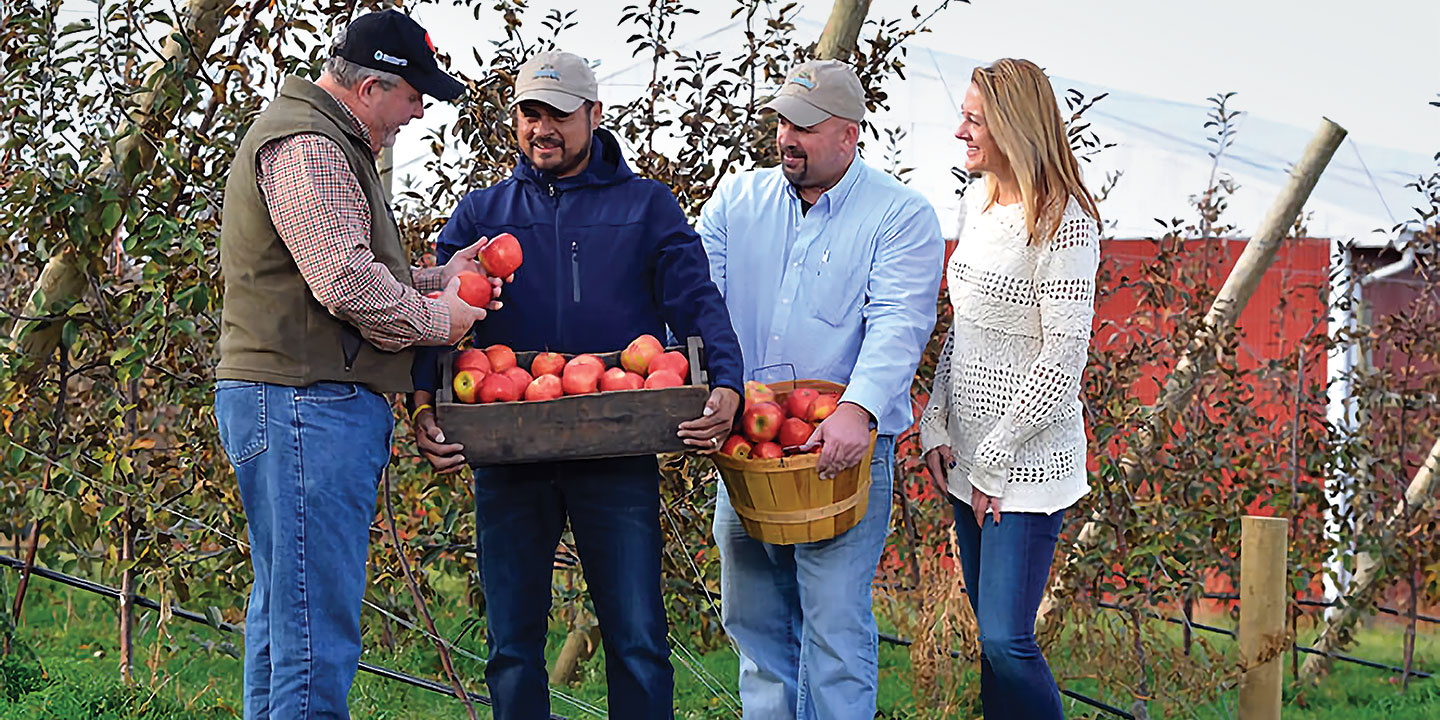 “We’re also really pleased to be able to offer some proprietary varieties—managed varieties or ‘clubs.’ New York State has two specific proprietary varieties called SnapDragon® and RubyFrost®—both developed and released by Cornell University. While they are managed by Crunch Time Apple Growers, we grow and pack them at our facilities, and we have a region in which we can market them. So, that’s been an exciting addition. Another proprietary variety that we have the rights to market, as well as grow and pack in-house, is the SweeTango®, which is managed by the Next Big Thing grower cooperative.”

Moving forward, New York Apple Sales is looking to 2019 and beyond—after all, we have those “New Year, New You” resolutions looming right around the corner.

“Apples are a huge portion of the fruit category—they are a leading influence in produce. There will be a lot of momentum with apples coming out of the fall harvest, and retailers can look toward baking aspects for the holidays. You can utilize and highlight the many ways to use apples in recipes and baking. Once you get through that holiday season, the trend seems to be focusing on good health,” Jim shares.

“The apple business in retail is based on networking, relationships, and service. Service, dependability, quality—how a supplier supplies is what counts."

But how can retailers capitalize on the swing from holiday apple pies to New Year’s resolutions? Jim puts the shift into concrete terms for me.

“In December, consumers eat all of these delicious apple pies. But in January, they want to lose the weight. Buzzwords like ‘a great healthy snack,’ ‘low-calorie,’ or ‘digestive-aid’ work really well when merchandising apples to this health-conscious crowd. The other avenue that needs to be followed—especially with the proprietary varieties, where there is such a wide range to select from for consumers—is the use of demos and taste-testing. Put an incentive at the point of purchase to buy the apples and a lot of special displays to call out the apple so that it doesn’t get lost in the shuffle,” he suggests. 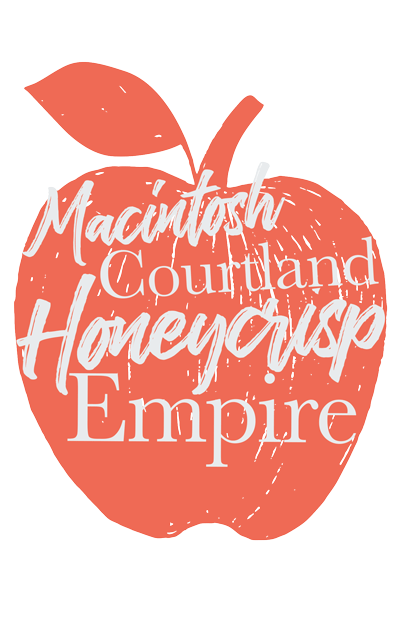 Fear not—Jim also provides a strategy to shine a light on key apple varieties and those proprietary apples consumers are not quite familiar with yet. Much like meeting a new friend, there needs to be some common ground. But once consumers meet their new favorite proprietary apple variety, the minor bump in price won’t seem so daunting, he explains.

“Merchandising new apples is very important. A lot of these new varieties carry the stigma that they are more expensive than the other apples,” Jim shares. “And, if you don’t know that variety, you are probably going to have a hard time paying $.40 or $.50 more per pound for an apple you’ve never heard of. We need to focus on getting the word out with in-store samplings at the store level and through ad buys beyond that.”

“Facility-wise, we continue to invest with equipment and machinery," he says. "We have our second high-speed packing line —a $5 million investment, in our largest facility. The other packing facilities have continued to upgrade and add new and better equipment. The real foundation of our business is the over 75 apple growers throughout the state that we deal with. They are investing all kinds of money in the orchards, with new varieties, new planting systems, and new innovative growing practices and techniques. Each day, we’re a little bigger than we were the last.” 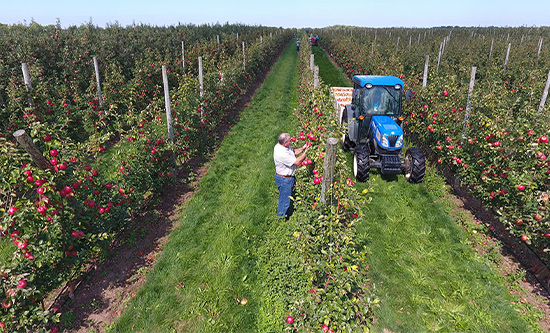 Increases in apple offerings, boosts to staffing, and investments in facilities have carved out a path for New York Apple Sales unlike any other. As the company continues to push onward and outward with tireless gusto, it looks to its relationships within this constantly changing industry for strength and motivation.

“The apple business in retail is based on networking, relationships, and service. Service, dependability, quality—how a supplier supplies is what counts. As we know, the size of these accounts is changing, with many of them consolidating and merging. That’s what you have to specialize in. We’re going to assume we have the best quality apples and best tasting apples. If you don’t have that level, you don’t even get through the front door. The next step is how we service that account.”

Jim explains to me that you’re judged and graded on everything you do in life. Because the company is aware of this truth, New York Apple Sales welcomes the hard work that is necessary to bring more fruitful seasons and successful endeavors. 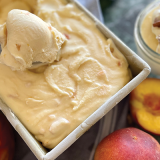 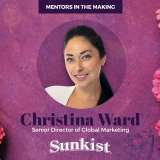 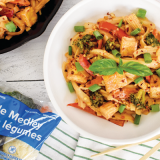 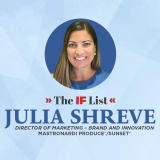 The IF List: Julia Shreve, Director of Marketing – Brand and... 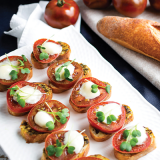 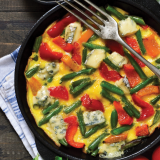 WTF Do I Do With Prime Time Bell Pepper, Green Bean, and Cheese... 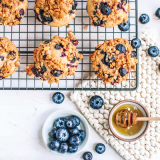 WTF Do I Do With Family Tree Farms Jumbo Blueberries ?! 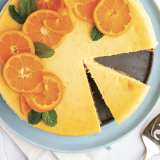 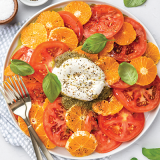 THEIR WEBSITE
New York Apple Sales is the largest, most geographically diverse sales agency in New York, partnering with the finest growers and packing facilities in all major growing regions of the state. This diversity means we can deliver the best selection, competitive pricing, and superior fruit all year long.