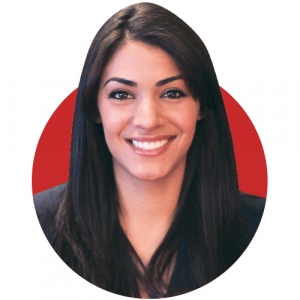 This up-and-comer is smart, edgy, and a mentor in the making. When we want someone to really invest their time in something like our IF List, we knew that we would find kin in this Vice President of Marketing and Communications. So, we asked... and she did not pass. Now, find out the inner workings of this produce gal and what makes her tick, even if just a what IF...

IF you could be born in another century or decade, which would it be and why?

I would have to say during the time of the Mayan Civilization. I am so fascinated by that culture. They were farmers who went on to build some of the most complex systems of cities and incredible temples, some of which still stand today. And their historical significance is undeniable.

IF you could be a character in any book, who would it be?

The first one that immediately comes to mind is Elizabeth Bennet in Pride and Prejudice. I admire her mind, spirit, and strength in a time where it was not commonplace for a woman to be known for that.

IF you had a super power, what would it be?

Right now? I’d have to say telekinesis. Ask me again in 10 years.

IF you could enhance one aspect of your intelligence, what would you improve?

That’s a tough one, but there would definitely be some Sriracha 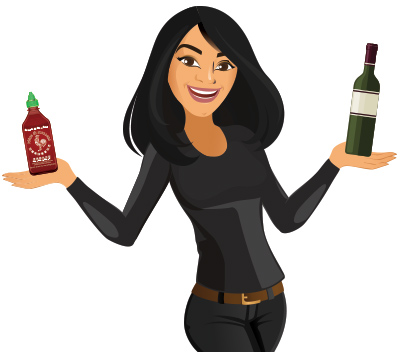 IF you wrote an autobiography, what would be the title?

Well, This Should Be Interesting.

IF you could join a musician, dead or alive, on stage, to sing along or play an instrument with, who would it be and why?

IF you could have an actor play you in a movie, who would you want?

I would say Zoe Saldana. I feel like she would capture my essence quite well.

Athleisure wear. I pretty much live in it already.

A wolf. You can be part of a pack and a loner at the same time.

IF you could redo one moment or event in your life, which one would you choose and why?

This isn’t really answering the question but, I don’t believe in redos. With each moment and event, you live and you learn. Use that experience to be better.

Against the Odds: A Balancing Act

All in the Details

WTF Do I Do With Zespri® SunGold® Kiwifruit ?!

WTF Do I Do With DelFrescoPure® Euro Beans® ?!

Putting the Tech Back in Your Local Farmer's Mar-Tech