Every End is Just a Beginning 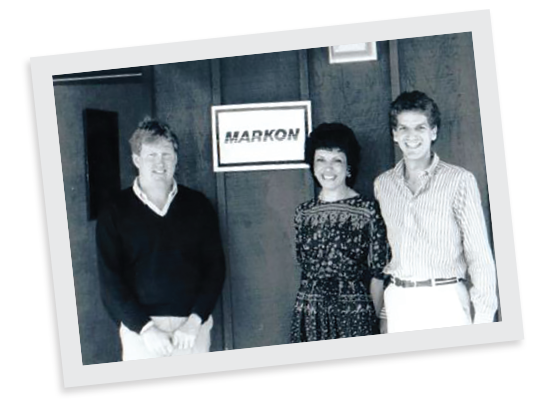 Values drive everything. Never lie, cheat, shade the truth, or hide your mistakes, and you can go far in this world.

Tim York shares these words with me as we sit back and chronicle his days in fresh produce. As Tim approaches his departure from his seat as President of Markon Cooperative, a tale begins to take root. To some, he may appear as the polished executive behind a broad oak desk peering over steepled hands. To others, he is the energetic advocate planting the vision of where we can be in order to reinvent who we are today. Above all else, Tim is, at his core, all heart—with an unwavering passion that resides in his expressions, his relationships, and his hopes as much as his fears. Undoubtedly, he has built a legacy that comes through in his actions and his contributions—offering a profound pool of knowledge that will keep on giving. 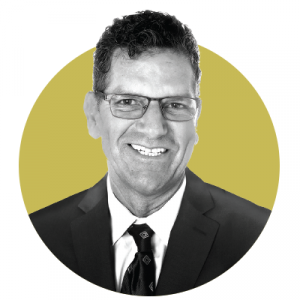 “This is a relationship-driven business, and what others think of you is critical. Your values are your brand, and they will be put to the test time and time again,” Tim says, letting a pause linger in the air for a moment before his thoughts take flight again. “With as much money as there is flowing into the business from venture capital, one might think the produce business is more about numbers, but it’s really about working with others who want to do business with you, and know that your word is your bond. I believe core values, common sense, and street smarts will take you further than any MBA.”

And doesn’t this industry visionary know it. Tim carries more than three decades worth of stories in his back pocket—nothing less than a tome would suffice to cover this journey. Yet, we try to allow the pen to take its course, letting memory drift back to the origins of a career that started long before his tenure at the Markon Cooperative, kicking off on the sandy beaches of Southern California.

"This is a relationship-driven business, and what others think of you is critical. Your values are your brand, and they will be put to the test time and time again."
— Tim York, Departing President, Markon Cooperative

“While I was going to school at San Diego State University (SDSU), during a summer break I worked on the dock at Dave Walsh Co. and Stewart Packing Co. My uncle, Howard Hall, was the General Manager for Walsh, and I had called him looking for a job,” Tim says, adding that after graduating from SDSU, he didn’t know what he wanted to do. So, off he went back to Salinas, California, where he worked for Uncle Howard for another eight years.

Tim spent the winters working the vegetable deal in Oxnard, California, and in 1985, heard about a job at Markon that sounded, well, “interesting,” as he puts it. With Tim knowing nothing of foodservice distribution, I would have thought that he would be skeptical, a young man with reservations, but he was ready for a change. Tim interviewed and was hired as a Purchasing Manager, eventually taking over as President in 1990 when CEO Dave Eldredge moved on. 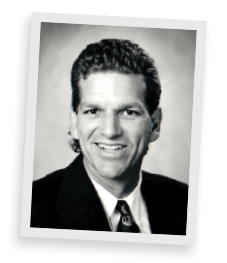 And Tim has been there ever since—the definition of a hop, skip, and a jump, I’d say.

Running one of the first produce procurement cooperatives founded in the U.S. for restaurants, cafeterias, and other foodservice operations, Tim was taking on a significant amount of responsibility in a very short time, but the man was game. If perspective means everything, then Tim excelled.

The roots of Markon itself are as energetic and driven as Tim is, founded by a handful of the largest regional broad-line food distributors in the nation who were tired of receiving retail’s “seconds” in quality. The team’s mission became synonymous with excellence during Tim’s career, giving their foodservice customers access to the best-of-the-best in fresh produce, which became a key point of differentiation for Markon member companies.

The pace of change is a measurement of time, and Tim took each challenge and hurdle in front of him as chances to pivot his heart and mind and find a better way to do business. In his element, he is always on his toes, seeing roadblocks as opportunities to find new ways of refreshing old beliefs.

"Understanding and staying a step ahead of change, issues, trends, competitors, even Markon owners, is part of my DNA."

“Understanding and staying a step ahead of change, issues, trends, competitors, and even Markon owners, is part of my DNA. That’s why I often start out meetings with a look at emerging issues. It’s also why I join groups like Food Foresight, which is a trends intelligence group put together by Nuffer, Smith, Tucker of San Diego,” Tim reflects. “This group of uber-smart people helps me look for opportunities to differentiate Markon and make the industry better. Food safety, sustainable products and practices, reimagining the produce culinary experience at restaurants or cafeterias, food waste, hunger, and food bank initiatives are just a few of the priorities I’ve identified by being part of Food Foresight.”

You would think that the man had it all planned out but, like many of us, the curves in the road were, at times, more valuable than the path laid out ahead. When I ask Tim about some of the key moments in his life that changed the course of his journey or forever changed the way he moved through the business, he gives me another one of those introspective pauses.

“I was being asked to make customer presentations and feared public speaking, so I took the Dale Carnegie course to learn more about getting up in front of people and presenting a point of view. Carnegie recruited me as a graduate assistant and I spent many years driving from Salinas to San Jose, California, to teach weekly classes,” Tim says, noting that great rewards come from lots and lots of effort. “Practice, practice, practice. What I took from Carnegie was the ability to think on my feet and make impromptu adjustments to any presentation.”

For Tim, this was a period of time that helped steer his course and change the way he faced the world. Another life-changing experience happened for Tim back in 2010.

“In 2010, as Chairman of the Center for Produce Safety, I interviewed Dana Dziadul, a young woman who, as a child, had been sickened by an outbreak of Listeria monocytogenes. She put a face to the food safety movement and why our work is so important. This was a defining moment for me because I had been working to improve food safety for many years, and Dana made my work real and important,” Tim reflects.

"I don’t know what my future in produce looks like, but I’m excited to find the opportunities."

Markon was among the first ventures to act strategically in 1998 with the initiation of food safety requirements for brand suppliers, Tim reveals. A year later, the company introduced its branded Five Star Food Safety program. By 2001, all suppliers were required to have, at minimum, a third-party passing grade food safety audit. By 2002, Markon eliminated 25 percent of its supplier base because they had no foundational food safety program.

“Later, with the help of our public relations counsel along with the Produce Marketing Association (PMA) and University of California, Davis, we focused on founding the Center for Produce Safety (CPS). To date, CPS has funded 22 million dollars to address food safety vulnerabilities in produce. I am proud to have served as its first, and third, Board Chair,” Tim shares with me.

Tim’s deep appreciation for the work our industry does for food safety, the supply chain, and the retail conversation between growers and buyers cannot be overstated.

This appreciation has motivated him in the work he does both as President of Markon and as an industry leader. Tim has had great examples to follow throughout his journey and people who have helped shape his gratitude for each experience and challenge along the way. 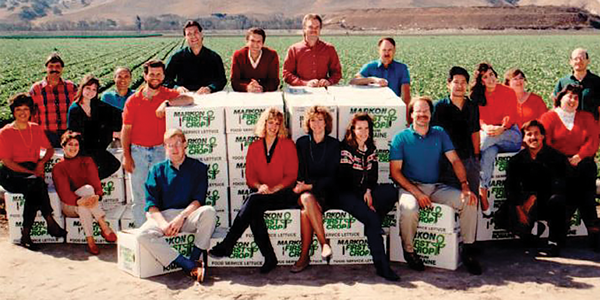 Uncle Howard, who we spoke of as we began to tread down memory lane, was one of Tim’s first guiding lights who told him early on that the family was going to run the business as if his mother—Tim’s grandmother—was at his side.

“This meant we would run it with integrity, honesty, pride, and civility,” Tim expresses. “Being taught to fix these ideals in my core before I had formed other less gracious value systems and unbreakable habits made me a great fit for Paul Gordon, President of Gordon Food Service and Markon’s first Chairman. Paul was a strong Christian with integrity and a sense of service. Paul was a phenomenal innovator and leader, and what a wonderful opportunity it was to work for the food industry’s greatest company.”

“I am truly grateful for what I learned from Bob and Bryan about running a member organization, as well as Bryan’s mentorship over the years,” Tim adds. “My biggest takeaway from all of these people was a focus on core values and the expectation of these great leaders that their organizations would live out these values.”

Tim loves this business and how it is always changing.

“Just when you think you have it figured out, you get a big surprise. I thrive under pressure, so this is a great business for me,” Tim says. “And thinking about next steps—I don’t know what my future in produce looks like, but I’m excited to find the opportunities.”

Smooth sailing is for the faint of heart, and the produce industry is definitely not the breeder of such individuals. Our industry bolsters the courageous, the intrepid, the strong spirited. So, does Tim see retirement as a course set to cruise control? I think not. Then again, Tim is not the type to get tied up in the semantics of retirement, anyway. For Tim, this is more of a departure, a bridge to cross, a chance to find a new opportunity waiting in the wings.

And maybe, just maybe, we will pick up the pen again much sooner than we think. 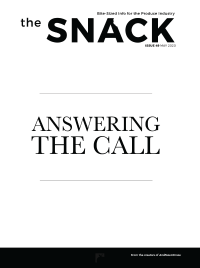 WTF Do I Do With SunFed Calabacitas ?!

WTF Do I Do With Nature’s Bounty Organic® Baby Red Potatoes ?!

WTF Do I Do With Mucci Farms SUN DROPS™ and SUN BLISS Grape Tomatoes ?!

THEIR WEBSITE
Markon Cooperative, Inc. consists of eight independent, broadline foodservice companies in the U.S. and Canada. Although we are called Markon for short, we take the cooperative part of our name very seriously - for it is our spirit of cooperation that has made this group successful for more than 25 years.