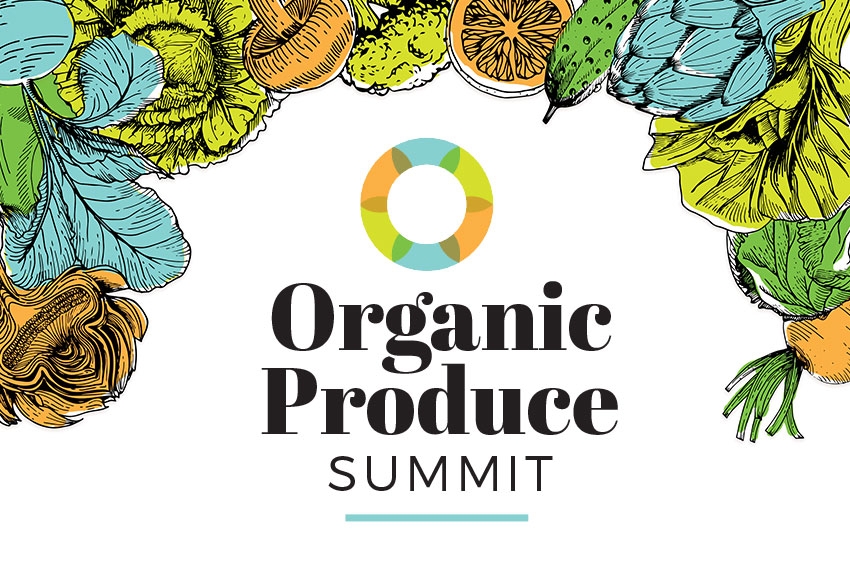 The concept has skyrocketed for all things produce, and the industry is still working to catch up to its rapid growth spurt.

It’s with this in mind that the Organic Produce Summit (OPS) was conceived: to achieve a meeting of all sides of the industry to educate, connect, and leverage the growing method that has become its own facet of produce.

The unveiling of this organic-focused affair drew over 800 attendees to Monterey, California, last year, as well as 72 exhibitors. Over 150 buyers from 70 different buying groups made the inaugural event, representing over 50,000 stores across North America that are purchasing organics. 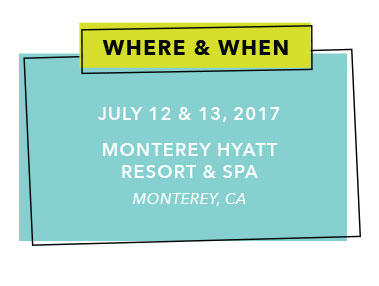 On July 12th through 13th of this year, organizers Matt Seeley and Susan Canales promise even more with 120 booths of growers, shippers, and processors of organic fresh produce. The Monterey Hyatt Resort & Spa show floor itself was sold out well in advance of this year’s July show, but worry not–if anything this promises to mean more for those who attend.

Susan, Director of Operations for OPS, tells me there will be a series of educational breakout sessions focusing on excellence of organic produce merchandising at retail. Those of you who made it to last year’s might recall that every session was not only relevant and resonating, but packed to the brim with eager industry members.

An overview of the current debate on growing organics hydroponically and in enclosed environments, as well as a look at robotics and automation in organic fresh produce production, are also on the agenda for this second annual summit. 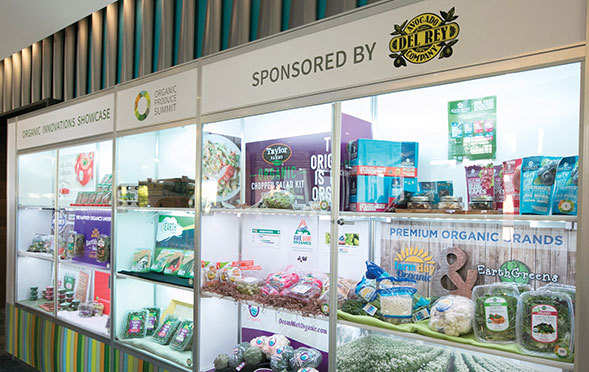 The buy-side will be present in force, it seems, with Susan sharing that over 200 retailers/buying organizations representing over 80 different companies confirmed their attendance as of late last month.

“I am attending the Organic Produce Summit in an effort to improve organic offerings for our consumers,” Ed Pohlman, Produce Category Manager and Senior Buyer for Schnuck Markets, tells me. “I hope to do this by conversing with current and maybe future suppliers on specific programs.”

Ed is far from the only one, it seems, as Susan looks forward to topping last year’s numbers. 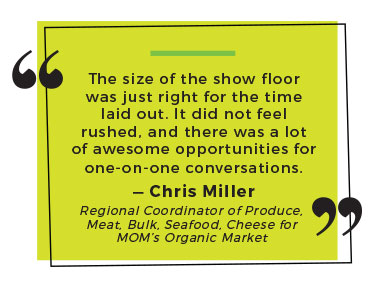 As retailers and foodservice providers continue to work on catching the still-rising organic wave, the summit also brings insights from those on the buy-side doing it best. Susan and returning Master of Ceremonies Tonya Antle tell me that a retailer roundtable is one of the key highlights on the docket. The event will feature executives of three of the nation’s largest and most progressive retailers–Wegmans, Costco, and Sprouts, all of whom have managed to stay ahead of the curve on the trend.

“I am delighted to once again be Master of Ceremonies of the Organic Produce Summit this coming July,” Tonya, who is also Co-Founder and Executive Vice President of Organic Produce Network, says. “The general session on day two will be the main highlight of the OPS education agenda. We will be bringing together leading authorities in their fields of expertise, to share and discuss issues and opportunities for the organic category, organic retailing and what the organic consumer is demanding.”

The retail roundtable will include Dave Corsi, Vice President of Produce and Floral for Wegmans Food Markets, Heather Shavey, Assistant Vice President of Global Produce of Costco Wholesale, and Chad Miller, Vice President for Produce Procurement, Sprouts Farmers Market. “These three panelists are highly regarded as thought leaders in organic produce purchasing and merchandising. They will be sharing their insights, as well as what the future of the organic category looks like for their companies moving forward,” Tonya adds.

In fact, a few notables from Costco have gone on to dive even deeper into organic and, as such, are making sure to keep OPS on their calendar. 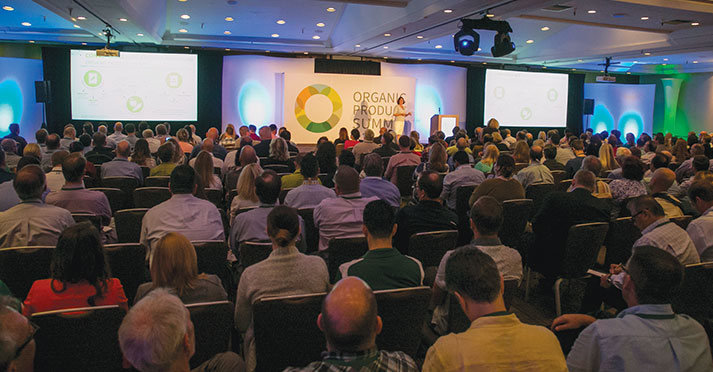 Erica Welton, a former Organic Milk Buyer for Costco, and former Costco executive Dennis Hoover, have teamed up to create The Organic Coup, a chain of now nine retail locations throughout California’s Bay Area and plans to open more throughout 2017, including AT&T Park.

Both Erica and Dennis will be at OPS to share not only their passion for organics and The Organic Coup’s conception, but the summit’s importance as well as they look to engage and inspire productive talks at the event.

“OPS is a tremendous opportunity to share our story with those responsible for producing and marketing organic fresh produce,“ Erica shares. “The future of food come from people with deep courage, powerful voices, and unwavering vision who want to make a positive impact. It’s rewarding to connect with others who share our mission and we look forward to being a part of OPS 2017.”

And they are far from the only ones in the retail sector counting the days until the second OPS.

“It was great to be a part of the first annual Organic Produce Summit Last year. The show offered a concentrated look at the full organic selections from many grower/packer/shippers,” Chris Miller, Regional Coordinator of Produce, Meat, Bulk, Seafood, Cheese for MOM’s Organic Market, tells me. “The size of the show floor was just right for the time laid out. It did not feel rushed, and there was a lot of awesome opportunities for one-on-one conversations. I was impressed by the organic centric programming that allowed for lots of great discussions. It was also great to have a happy hour event where everyone had interest in organics!” 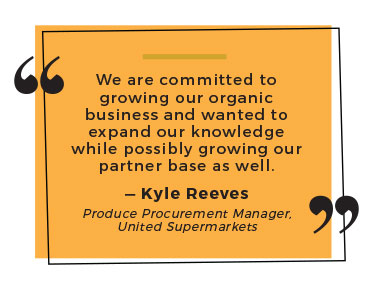 And as for whether or not he’ll be there for round two? Absolutely. “I am looking forward to seeing new organic offerings from the many brands exhibiting at the show this year. It will be great to get in on the educational sessions while catching up with old friends and meeting new ones!” Chris adds.

Last year’s success has also spread to include new faces from the buy-side, bringing first-time attendees to get in on OPS while it is still new and growing.

“We are looking forward to a great show,” shares United Supermarkets Procurement Manager Kyle Reeves. “We are committed to growing our organic business and wanted to expand our knowledge of the business while possibly growing our partner base as well. We heard a lot of good things about the show last year and decided that we should attend. We are looking forward to the tours and all that OPS has to offer this year.”

Also attending for the first time will be Greg Corrigan, Senior Director of Produce for Raley’s.

“I am looking forward to this year’s coveted Organic Produce Summit as both a first-time attendee and supporter of growth in the organic fresh produce sector,” Greg says. “Last year wrapped up with rave reviews, and I am eager to experience this unique trade show first hand and see what new and exciting items our industry’s growers, packers, shippers, processors and distributors are bringing to the table. See you all in Monterey!”

In addition to The Organic Coup, keynote presentations will include an overview of organic fresh produce sales, trends, and drivers by data company Nielsen, while noted Dietitian Ashley Koff and food industry analyst Robyn O’Brien will discuss the key factors impacting consumer demand for organics today and in the future. 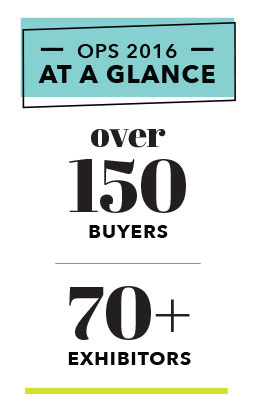 “The audience will also be wowed by two of the leading experts in nutrition and the food movement towards more organic consumption, Ashley Koff and Robyn O’Brien,” Tonya says. “We are sure to be all enlightened and entertained with their hot TED Talk-style. Both are sought-after speakers and influencers of consumers everywhere.”

With last year’s inaugural event keeping all it promised and beyond—packed sessions, heavy presence from key buyers, insights into consumer demand, and genuine networking—I can only imagine what this second round has in store for us.

So block off July 12th and 13th, book your ticket (travel advisors say six weeks out is the ideal time to buy) and meet us at The Crown and Anchor for a drink before we head to all things organic.

THEIR WEBSITE
The Organic Produce Summit is the best place to network with industry leaders, educators, and innovators in the fresh organic produce segment.