A Tapestry of Trust 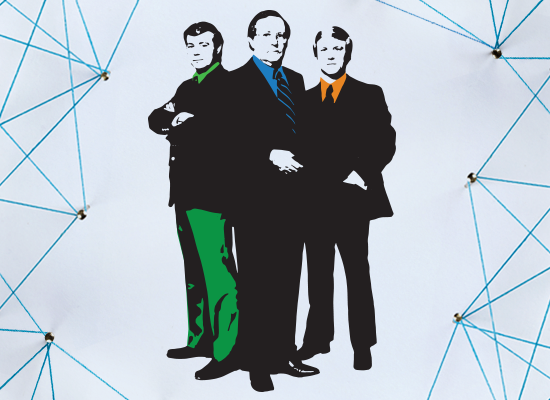 Through stories we learn, we identify, and we grow. Stories stitch together our history and culture, weaving our experiences into a colorful tapestry of life.

Tom Lange Family of Companies (TLC) is a brilliant brocade of faith, fun, and people, all sewn together by trust. Found woven throughout its sixty-year history, trust has brought out the best in each layer to strengthen the whole. 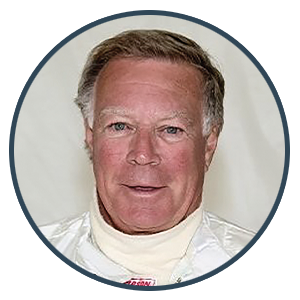 “That’s how we grew our business, by having confidence in our people. We hire the right fit, we train them, and send them out into the world to open something new. Then we repeat the process. We trusted that when we sent them out, they would do what was right,” Phil “Rock” Gumpert says simply.

He should know—he was the first stitch to this pattern.

“I was working for the Wabash Railroad on the produce terminal, where TLC had rail cars that would come into the market,” Rock, now Chairman and Chief Executive Officer, recalls. “The only thing I knew about produce was that those rail cars were filled with it. At the time, Dutch was moving his family to Springfield, Illinois, to open the next location, and I was hired and sort of thrown into sales—that was August of 1964.” 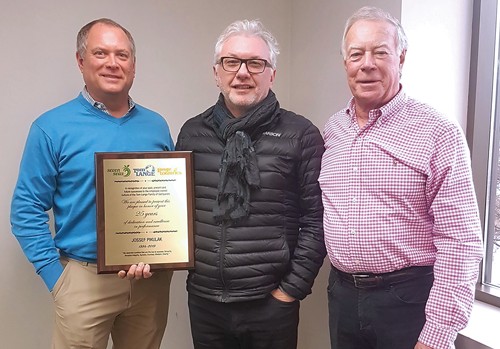 He details a time of railways, telex machines, and conducting sales confirmations with shippers via Western Union. This was Rock’s world, leagues from emails and text messages, where he learned and trained under company Co-Founders Farrell “Dutch” Gay, Paul Biser, and Tom Lange himself. In telling the earliest stories of the company he helped build, Rock begins countless anecdotes with one of the Founders calling out to him, “Hey kid!”

“Hey, kid! Get on the phone and start making some calls.”

Before long, that kid was sent out to set up his own branch, this one in Indianapolis. 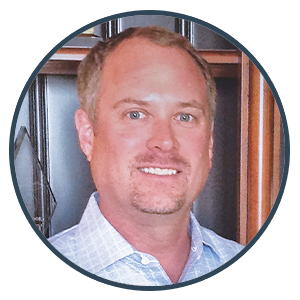 “Tom Lange really believed in that entrepreneurial spirit of saying, ‘Look, I trust you. Take the keys and develop the business,’” Greg Reinauer, President of TLC, says. Greg knows only the legend of Tom Lange—one he says continues to resound within the company and propel it forward. “We still live by that mantra to let people take risks and do the things they need to do to grow the business.”

In an industry of tradition, this simple but powerful philosophy sets Tom Lange Family of Companies apart. Where trust is usually earned by the salt on your brow and the dirt—proverbial or literal—under your nails, here it is the vehicle. The needle tying together all the threads of this company’s success.

"One day, Dutch said 'Hey, you know you're like the Rock of Gibraltar. I'm calling you 'Rock' from now on.' I've had the nickname ever since. We became TDR—it was Tom, Dutch, and Rock."

“We gave our team the tools they needed to grow our business and our successes,” Rock recounts, telling me it is a strong streak of the right people that has brought the brand to this point. “We are a result of the hard efforts of so many people who have worked for and have been fellow associates of the Tom Lange Family of Companies. We couldn’t have done it without a great group of customers and a great relationship with a lot of growers, shippers, and transportation providers.”

All of this leaves me to wonder if trust breeds trust—if having the keys tossed into your hands inspires you to rise to the occasion, to be what is needed for the story to go on. Tom Lange Family of Companies certainly tested that philosophy in 1980, putting every employee at the table when it decided to give ownership to everyone in its business. 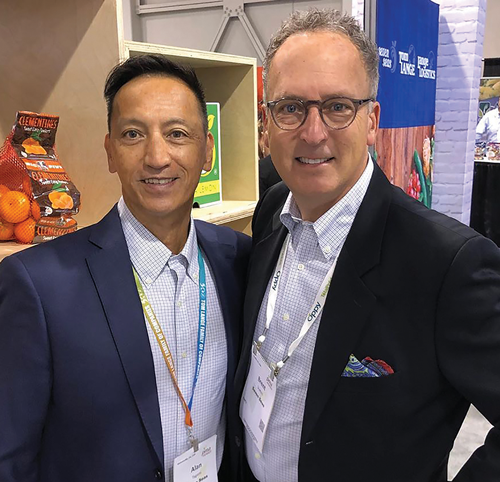 “We’re 100 percent employee-owned and, even as we continue to grow, it helps keep us grounded in the fact that we are family-focused,” Greg says. “As an employee stock ownership (ESOP), we create a unique opportunity for people to feel like they belong and have an impact on the business.”

Having joined that family at a crucial turning point, Greg can share firsthand experience of coming into an established culture and navigating how to add to it. In 2012, TLC was reaching for the sewing needle yet again, weaving new technologies and process updates into its operations.

“TLC was deeply rooted in the industry, which was very appealing to me. The brand was very solid and continuing to grow. It was a great opportunity to be able to come in and help improve upon what it was doing and help manage growth so that the company can hopefully go on another 50 or 60 years, or more,” Greg tells me. “Technology is changing so rapidly; it has become one of those aspects that now has to remain on our radar. And being a part of the transition has been fun—we’ve brought in and developed a lot of younger or newer people that were here, and now they’ve developed into our most successful leaders, salespeople, logistics providers, and administrative and corporate staff.”

No matter the position, Greg tells me that a team mindset is encouraged right from the interview. The company culture is unanimous in its strategy of working together and building operations with a familial approach—a thread first braided together by the leaders that started it all. 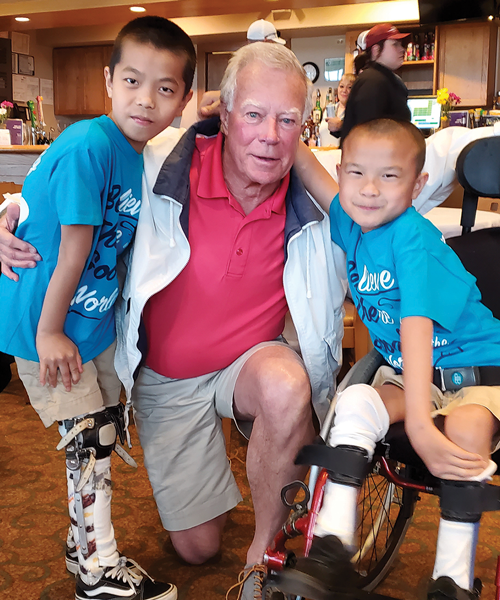 “Tom, Dutch, Paul, and I always looked after everyone, making sure that we always did the best we could for our fellow associates and employees—whomever worked with us. That was foremost in our mind—to ensure people were happy in their daily lives,” Rock says, emphasizing that this thoughtfulness extended far beyond company walls. “We started a foundation—30 years ago, I think, now—and have given back to the communities where we have offices through charitable organizations. We are extremely proud of that, and will continue to do those things for as long as there’s a need.”

This altruistic approach runs deeper than corporate duty, stemming from Tom Lange’s own belief system, which he instilled in the company’s foundation.

“Tom Lange made it very clear to me there was a code of ethics in the industry: Your word is your bond, and when you tell a customer or shipper/grower something, you had better honor that commitment and damn well do it. The same holds true today just as it did then. The Tom Lange Family of Companies continues to honor those principles of trust, honest ethical business dealings, and service to the industry,” Rock shares. “We have always treated our fellow associates as if they’re a part of our family. We take a personal interest in each and every one of them. Quite frankly, I wouldn’t ask somebody to do something during their day that I wouldn’t do myself.” 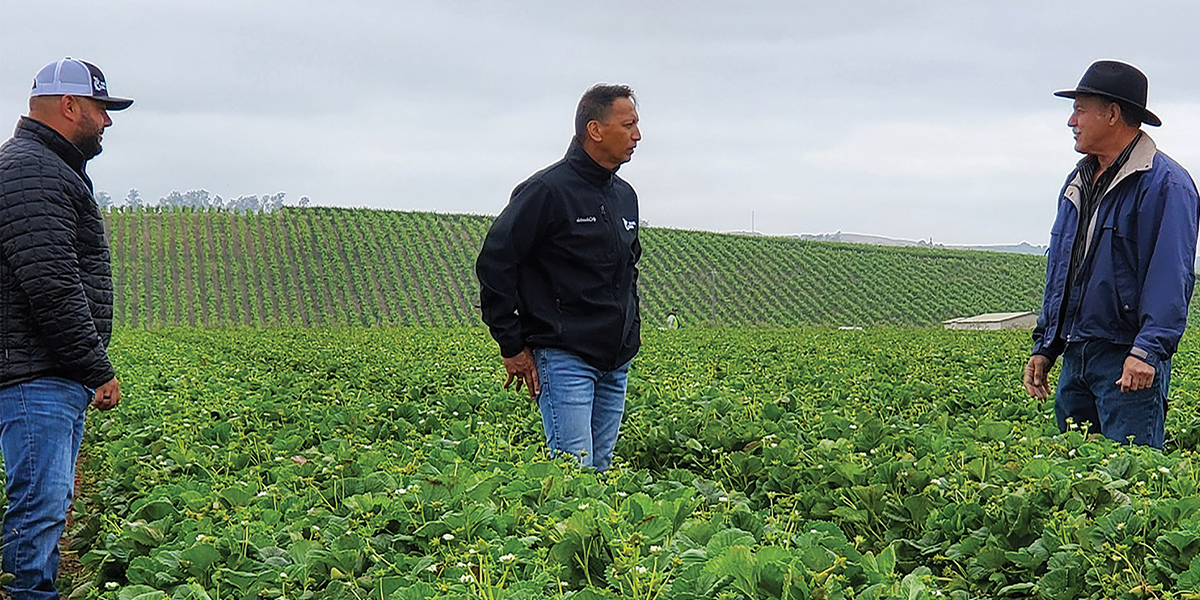 Because, truly, anything Rock might request he has likely already done.

Which brings me to asking how he went from “Phil” to “Rock,” and I am so grateful I did. It turns out that much of what embodies a Tom Lange protégé can be found in the one word that became this name.

“I would be at the office for whatever time was required, and when I wasn’t I could also do what needed to be done from my house. I had a phone set up at home and at the office so that I could make any call that needed to be made 24/7. One day, Dutch said, ‘Hey, you know you’re like the Rock of Gibraltar. I’m calling you Rock from now on.’ I’ve had that nickname ever since. We became TDR—it was Tom, Dutch, and Rock,” he tells me.

The giving of a nickname, from what I hear, was one of the many ways the Co-Founders brought in that familial feeling of belonging—along with more than a few fun practical jokes that are still retold in office lore today.

"It's important to us that those in our industry understand not just where we came from, but who we are. Produce isn't just about doing business. It's a passion and a way of life."

“We want to continue to tell those stories. It’s important to us that those in our industry understand not just where we came from, but who we are. Produce isn’t just about doing business. It’s a passion and a way of life,” Greg says.

Our conversation is catching up to the present now, though the tapestry, I feel, is far from finished. It continues to be woven together with brilliant colors of fruits and vegetables, playful pranks, and that familial focus both Greg and Rock say can only be attributed to the people. 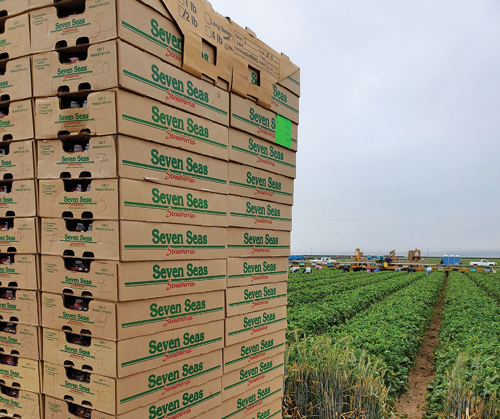 “The larger you get, the more difficult that tossing of the keys becomes,” Greg reflects. “As a company, we have believed and focused on the right things—the people and the ethics of the business. Everything we do is about service. And so it was very nice to come in and join this culture as it was ready to make a transition from those who have been here from the beginning, or close to it, to the opportunity of starting to bring in the next generation of Tom Lange Family of Companies.”

What I will leave you with is how Rock actually greeted me, which is to say that, no matter where you are in life, or where you will be, every day is a good day.

“That’s my attitude every day,” he says. “When I get up in the morning, I tell myself, ‘No matter what, nothing’s going to aggravate me today.’”

How is that for trust?