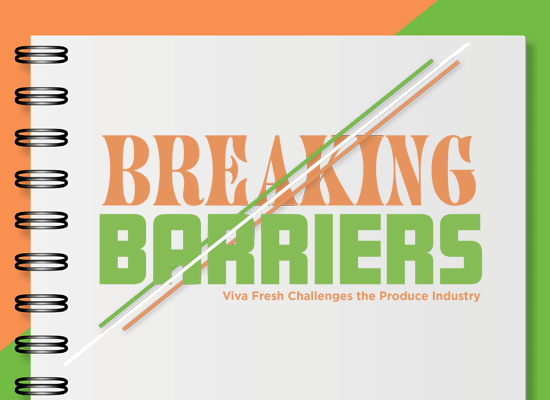 I considered opening this story with all the motivational rhapsody the internet can provide, but it would only come down to one single thought: No one can beat you but you.

This frame of mind dissolves outside competition and can breed within us the strongest motivator...or the most combative demons. Much of the fresh produce industry has created within ourselves that internal struggle—we have erected a wall, separating what we sell from what we eat.

We sell produce. We push it, we tout it, we sing its praises. But we come together over steak dinners, break bread (literally), and enjoy our drinks heavy with anything but fruit and veg.

Four industry members—Ed Bertaud, Michelle Cortez, Tommy Wilkins, and Jed Murray—took up a hammer and began making holes in the barrier we have built between our trade and our plates. Now hanging there is a large mirror in the form of the inaugural Viva Fresh Clean Eating Challenge.

In a move that seeks to push our industry to practice what it preaches, the Texas International Produce Association (TIPA) enlisted four produce veterans to undertake a first-of-its-kind public journey to eating healthier for the rest of us to follow. People we know—the very ones we go out with to those steak dinners and hotel bars—were now documenting videos of their pursuit to being the truest of fresh fruit and vegetable purveyors. 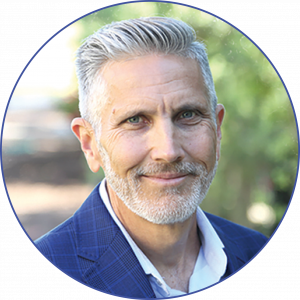 “As with any great movement, now is the time for a call to action,” Craig Slate, TIPA Chairman and President and Chief Executive Officer of SunFed, announced to viewers as the challenge reached its conclusion. “When we started this, we had no way of knowing how well things would turn out, how emotional it would be, and how attached we would become to these stories of our peers. But now it’s time for you to make that commitment to participate in this lifestyle change: Can you live it? Can you be an example of what eating more fresh produce can actually do for us?”

It’s a brave gauntlet to throw. As TIPA President and Chief Executive Officer Dante Galeazzi pointed out, the challenge was a tough decision for the Viva Fresh committee to pursue. 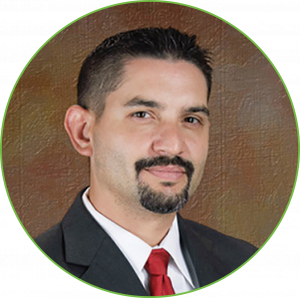 “Frankly, we didn’t know if others in the industry would support the effort,” Dante remarked. “But then our participants rocked this competition, and the support from the industry has been overwhelming. I cannot tell you the number of people that have reached out about wanting to do something similar on their own. This is so exciting because it goes beyond the ‘message’ that fruits and vegetables are healthy. Instead, it shows people’s actual results—not from celebrities, but from industry peers—in seven short months of eating what we sell.”

To map out that journey, TIPA enlisted the help of Dr. Ian Smith, best-selling author, Medical Contributor and Co-Host of nationally syndicated The Rachael Ray Show, and formerly appointed by President Barack Obama to a second term on the prestigious President’s Council on Fitness, Sports, and Nutrition. 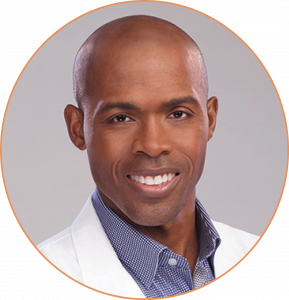 “This has been a wonderful experience. I have been doing this a very long time and worked with many people all over the world—and this [challenge] has been the highlight of my career. Participants were so motivated, so dedicated, and so honest and true to themselves, to me, to the program, and to the association,” Dr. Smith shared.

These four participants, Craig pointed out, came from very different walks of life, are of different ages, and brought a variety of experiences to the challenge—meaning no one need be exempt from joining in this journey. Amidst Thanksgiving and the holiday season, New Years, and even a global pandemic that shut down gyms and shook patterns, they triumphed. See for yourself what any of us are capable of were we to commit to the lifestyle we so often implore others to live. 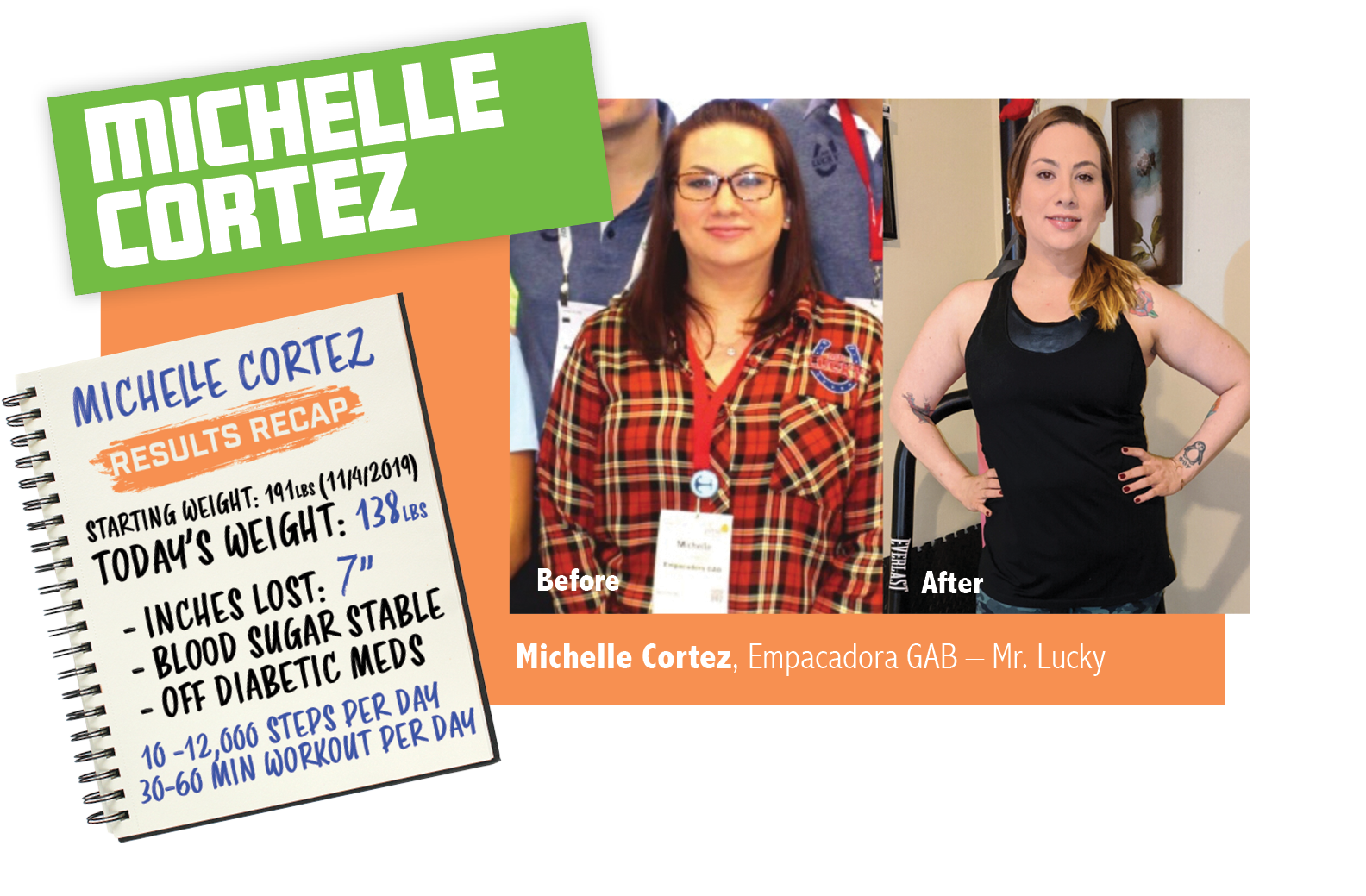 “I didn’t know that I was walking around with diabetes until I got the screening for this health challenge. The books Dr. Ian gave us helped me learn what sugar really does to the body, and it gave me the tools to help find out what I had to do for me because everyone’s body is different. My case was so severe I had to be on two heavy medications that were wreaking havoc on my body. Now, I have been off both those medications for several months and have never felt better in my life. I wish more people would look at what they’re eating instead of automatically taking these medications that could have potentially dangerous consequences. What you are eating is half the battle right there.” 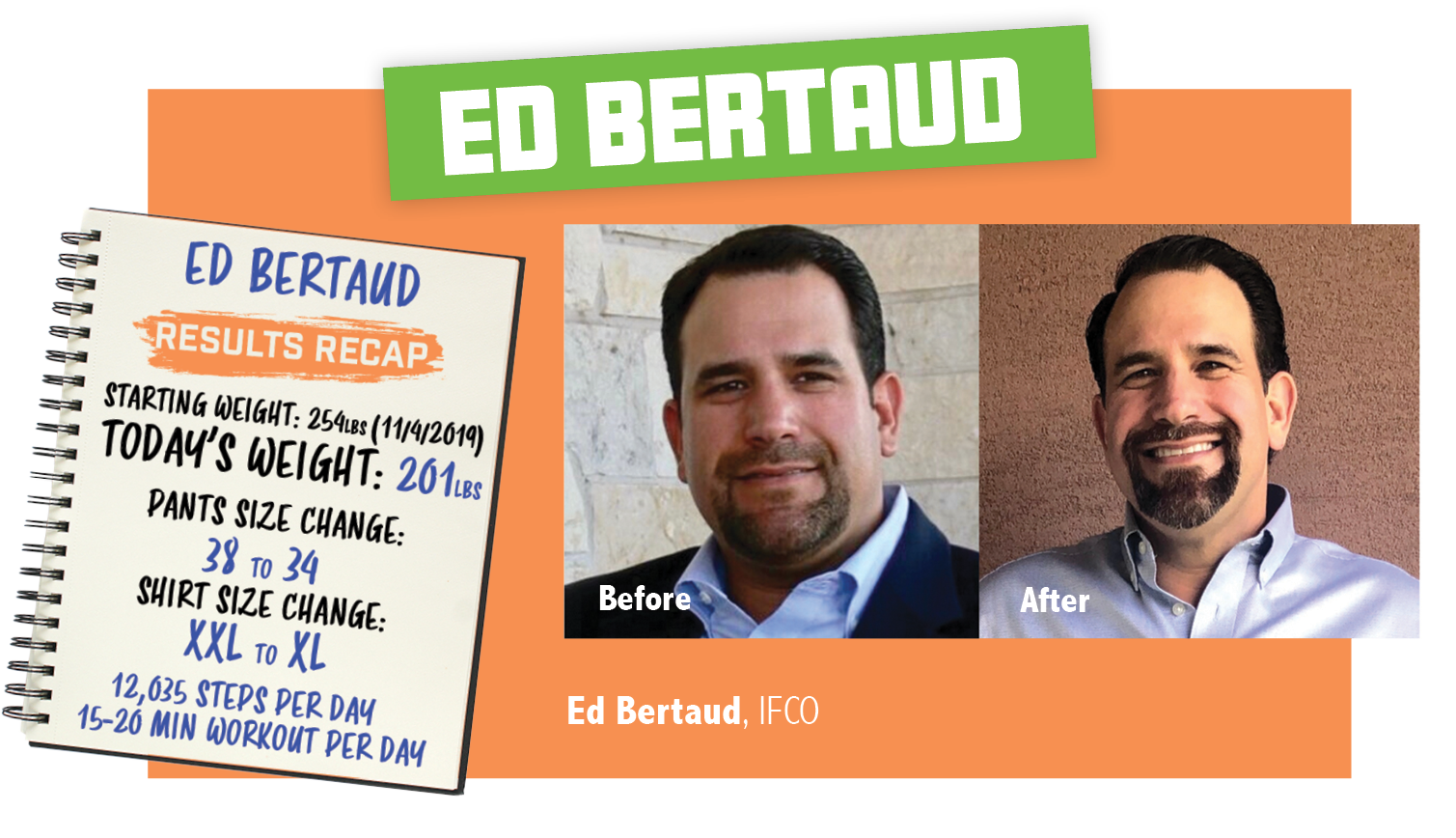 “A lot of our success had to do with how we started. Dr. Ian’s enthusiasm and everyone’s commitment really helped me start out. It was hard for me to begin with, but you have to pay attention to that as it will really set up how you go on. I, for instance, started out with a goal for weight loss that I didn’t hit per se, but I feel fantastic! I turned 47 a little bit ago, and I feel better than I did when I was 27. I had some health issues I thought I would have to live with, and I didn’t want to come to terms with the fact that I needed to look at what I was really eating. It’s pretty obvious now, the way I feel, I was killing myself with the way I was eating. If I can live with this amount of energy the rest of my life, I’m more than okay with that.” 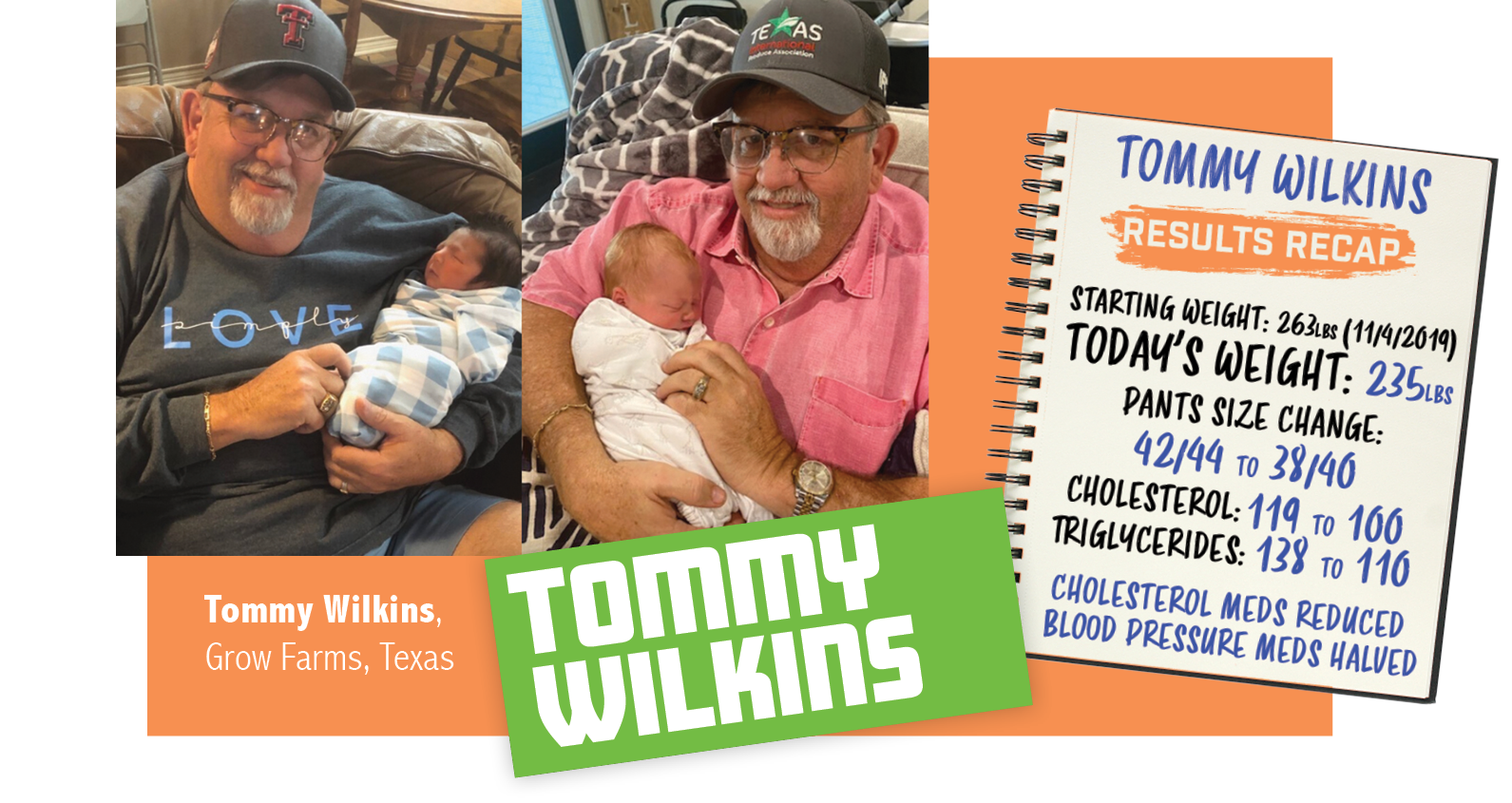 “The check engine light had come on a couple of times, and I realized I wanted to be around for my children and my new grandchildren more, but needed the motivation. God bless Dr. Ian and TIPA for giving me that motivation. They gave us a roadmap to shock the system, clean it, and to get rid of the ice cream, hamburgers, and Pop-Tarts® that stop us along the way. I anticipated this not being fun, and I have to say this was the opposite. It’s not a diet—it’s a lifestyle change.” 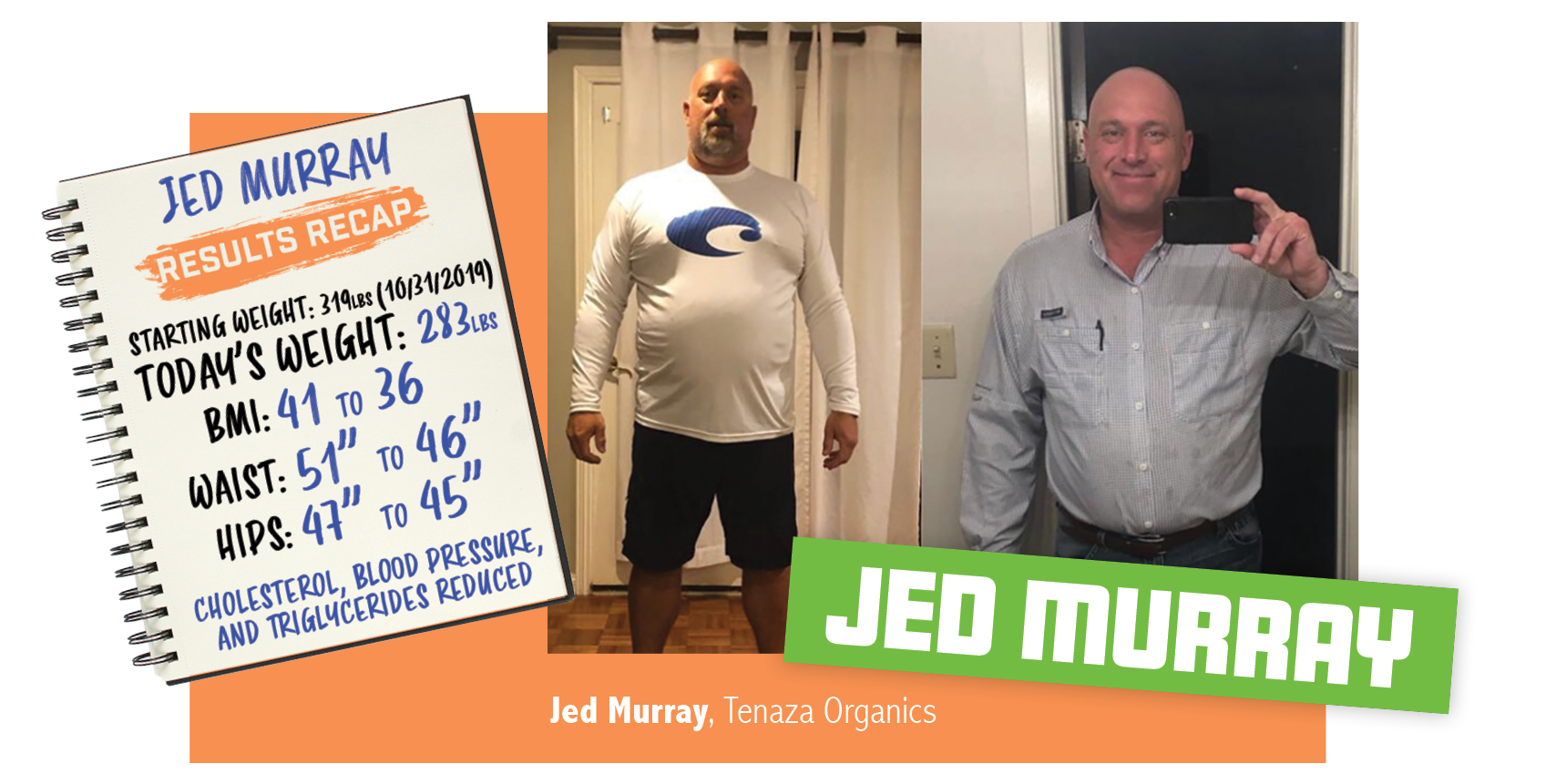 “I joined the challenge because I felt out of step and a lot older than my 45 years. Now, I’m walking eight to 10 miles a day and am feeling healthy, strong, and lighter. I’m eating healthier, but I don’t feel like I’m sacrificing flavor with the use of fresh herbs, spices, and fresh salsa. My balance is better, I’m down 36 pounds and am feeling great.”

After following these produce heroes and their journeys, I can't wait to see the potential ahead for our industry as more of its members answer the call.

THEIR WEBSITE
The Viva Fresh Produce Expo was created in response to our industry’s need for better opportunities to create meaningful networking opportunities that highlight products and build relationships.