Making a House a Home 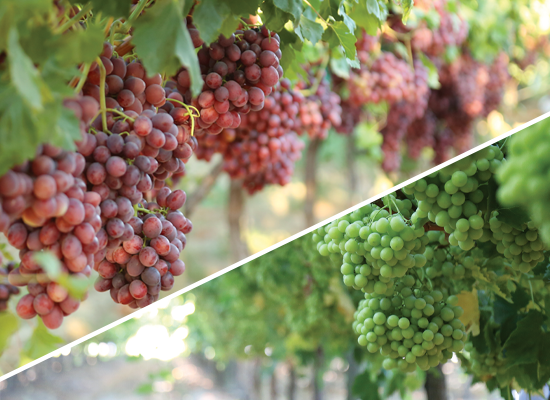 To build a house, you first must lay a sturdy foundation. Pay close attention to the materials you use as each will be integral in achieving your vision. Next, construct the frame—the infrastructure of any building. And from there, use the knowledge you’ve gained to bring the home to its fruition.

Starting a business in fresh produce is much the same. And George Bravante was the perfect foundation, full of unrivaled confidence that quickly catapulted him to the forefront of the industry. His foray into the table grape and citrus industries may have happened by chance, but the frame of George’s business, Bravante Produce, was designed with intent. 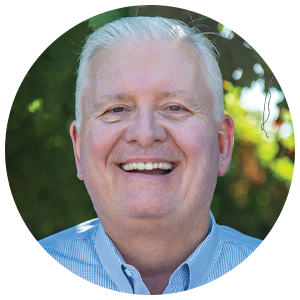 “I started in public accounting out of college and landed in the real estate business. Around ’92, my wife and I made some friends in the Napa Valley of California and we quickly decided we wanted a place up there. We bought a 25-acre parcel and planted some Cabernet Sauvignon grapes for fun,” explained George, Founder of a now fully-realized fresh produce business. “Three years later, everybody wanted to buy our grapes—it turned out that Howell Mountain was a great spot for growing premium Cabernet Sauvignon. With so much interest in the supply from premier producers, we decided to take a shot and produce our own wines and started the Bravante Vineyards label. That was our first exposure to the ag business, and I had a visceral reaction—I loved it.”

One of the greatest attributes of Bravante’s unshakeable foundation is George’s aspiration to be the best of the best. From the beginning, George’s focus was on growing high-quality grapes—the wine was secondary. His extensive real estate experience was also integral in the process of building Bravante as he extended his network beyond wine country, linking up with a citrus farming family in California’s Central Valley.

“Now, we’ve got a really great business and are considered a high-quality producer.”

“I came across a 320-acre citrus ranch in Ivanhoe, California, and I got a fantastic deal on it. Because I enjoyed working the ranch so much, I soon bought my second—a 780-acre network of ranches,” George told me. “Soon afterward, we added another 400 acres, then started looking into our own packing operation. We purchased 14 acres of land in Reedley and designed and built a state-of-the-art packing and cold storage facility. The business really took off from there.”

Bravante’s first packing house was completed in 2006. Once George’s vision of a first-in-class supply chain began to take shape, his foothold in the citrus category became rock solid. The walls of this fresh produce home were being erected, and George wasted no time in expanding his burgeoning business.

“My next move was to build out the table grape program, so I got in contact with Gary Pitts who was a legendary industry innovator of that time,” George said with a grin. “He had a beautiful portfolio of roughly 750 acres of premium table grapes, and part of it was on the highway with further commercial development potential. It was in the middle of Fowler, California, and I learned that the land and water were superior. I made him an unsolicited offer—he literally took it instantly.”

George quickly brought the land up to his standards, reworking the grape varieties and, soon, investing in his next build-out, this time expanding Bravante’s lineup of premium fresh produce.

“We purchased more citrus and table grape varieties, as well as some cherries. Now, we’ve got a really great business and are considered a high-quality producer,” George reflected.

His word choice in describing Bravante struck me. And all in the same breath, I understood what truly drives this company. George isn’t in it for the money. He’s in it to build the most successful company he can.

Now that Bravante is a full-fledged produce player, George is looking to leverage another of his foundational strengths: relationship building. Close partnerships with buyers are the key to George’s continued growth plan; the sentiment that home is not a place, but instead, the people you surround yourself with, reigns supreme in his mind.

“Establishing personal relationships between suppliers and buyers is crucial. I feel a greater sense of pride when I send product to a friend, and I believe it’s something everyone in the industry can benefit from.”

“Establishing personal relationships between suppliers and buyers is crucial. I feel a greater sense of pride when I send product to a friend, and I believe it’s something everyone in the industry can benefit from,” George divulged. “We give our vendor partners the freshest produce they can imagine, and in return, their customers get a great value for their purchase, we get a good return on our investment, and that buyer relationship continues to get bigger and better.”

Building out retail relationships isn’t the only growth opportunity on Bravante’s horizon, as George also teased that further physical expansion is already underway.

As he scouts out his next plot of land, premium soil and water are once again top of mind. He also insists on being within driving distance of all Bravante assets, further solidifying his belief in taking a hands-on approach.

“We’re currently expanding our Reedley, California, facility by increasing the cold storage and building more space for our table grape packing line. We’re very eye-on-the-ball all the time and are skilled at researching how to do things,” George concluded. “We also have a lot of new grapes in the ground—some are producing now, but we’re continuing to evaluate and add newer varieties that we like. On top of that, we have planted a lot of mandarins and lemons in the last three to four years.”

From the cleanliness of Bravante’s packing facilities to the trucks that its employees drive, George ensures that everything the company does is of the highest quality. There is no ceiling to the house he is building. Perhaps that is the simple difference between a business and what George has created with Bravante Produce. The same difference which makes a house a home.

THEIR WEBSITE
We are a medium sized grower, packer, and shipper of premium California table grapes and citrus based in the great Central Valley of California. A strong commitment to taste and quality drives everything we do. Being a vertically integrated company we farm our own fields, pack, and market our own fruit enabling us to be one of the premier fruit companies in the United States.