The Threads of Legend, The Fruit of Myth 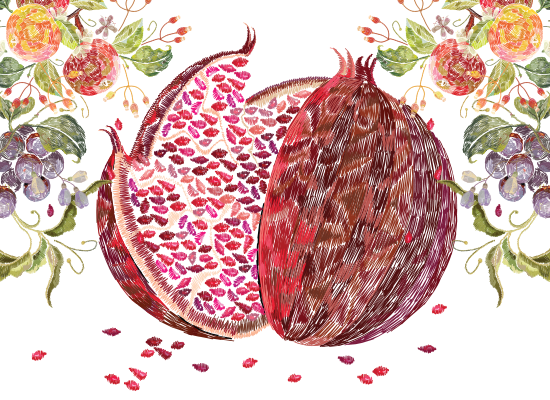 The pomegranate figures prominently in world mythology. To some, it symbolized the soul’s immortality; to others, the promise of a bountiful harvest. But to all, it has woven a tale of sumptuous luxury bewitching enough to hold human consciousness captive for generations.

Within these scant pages, I will attempt to take my place next to the bards of old and weave a story, inspired by—as many stories are—a simple happenstance.

The every day is ripe for the unexpected; perhaps even more so when you work in an unpredictable industry like ours. Maybe I shouldn’t have been surprised to see Angela Hernandez on the trade show floor of a specialty foods event, as I was bombarded with the scents and wares of distant lands. But it was in this meeting that the seeds of pomegranate inspiration were sown, and I’ve been hooked on sharing this story ever since.

Innovative thinkers are necessary when looking at a storied piece of fruit and molding it into something new. Those minds saw the last chapter in The Book of Pomegranate, and thought, “Why don’t we add another?” Enter Trinity Fruit’s new SweetHeart dried pomegranate arils, whose delicate and tart flavor stopped me in my tracks. 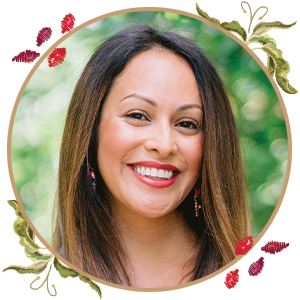 “Change is always a challenge,” Angela, Trinity Fruit Company’s Director of Marketing, remarked to me, sprinkling a dash of conflict into our shared narrative. Her own flair for storytelling was clear from the start. “The industry isn’t what it used to be, and the challenges always come when change occurs. But change is a never-ending process that allows us to continue to grow as individuals and as a company.”

In 2019, Trinity Fruit Company was taking change in stride, too busy laying down the mosaic stones of its own history to be bogged down by the weight of the everyday. Having just celebrated its 20th anniversary, the grower, packer, and shipper had bespelled the pages of its success with everlasting customer relationships and a commitment to evolving with the industry.

With challenges come hard-earned wins, and Trinity Fruit Company has had its fair share of those. Throughout its relatively short lifetime, it has climbed into the hallowed halls of premier California growers. Its full line of California-grown fruit is supported by a network of suppliers across the world, allowing Trinity Fruit to service the needs of its partners year-round.

"I believe food is one of the greatest forms of communion."

But, before we lose ourselves in the groves of Central California, let’s properly introduce our story’s protagonist: Angela.

Her industry beginnings occurred over 20 years ago when a fledgling ag-business-major-turned-liberal-studies-major cast her eyes toward the produce world.

“I was 16 years old when my parents taught me the value of earning money. I worked at Sun Valley Packing in the summers and that’s when I realized the beauty in our agriculture industry. Though my college degree is in liberal studies—my destiny led me to work for companies in the industry that would create in me the desire to learn other parts of agriculture—which led me to where I am today,” Angela reflected.

The overlap between Angela’s start with Trinity Fruit and the company’s introduction of new products does not go unnoticed, but Angela’s vision firmly places fresh food as the catalyst. 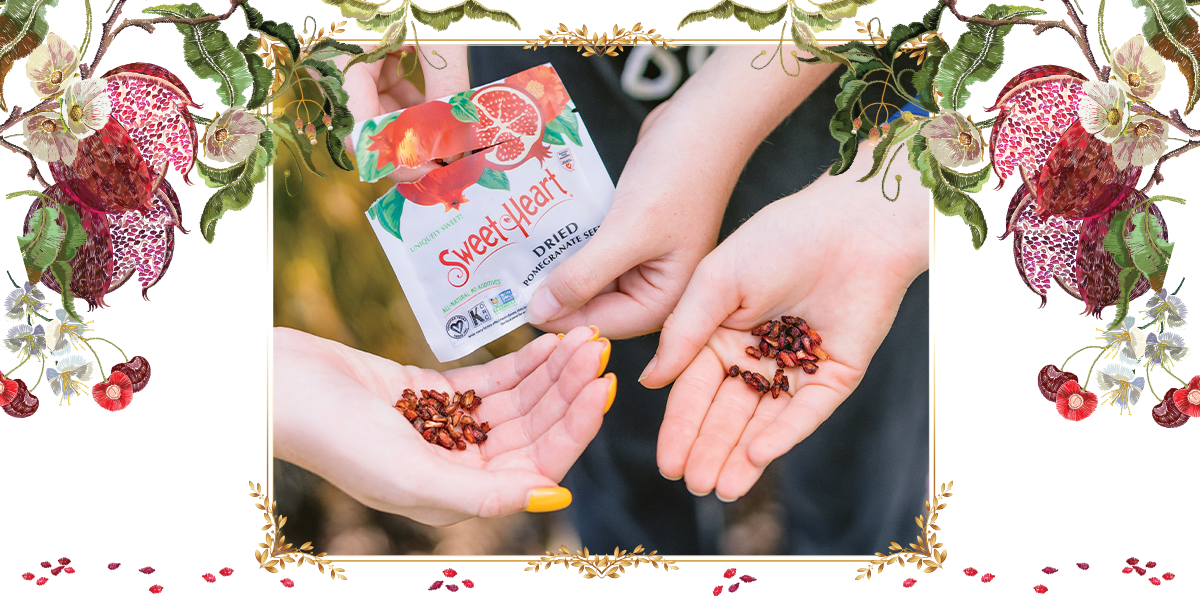 “I believe that food is one of the greatest forms of communion,” she reflected. “And being able to share our fresh produce with others all over the world allows me to bask in the beauty that our Earth gives us.”

In my eyes, a fitting symbol of this vision is the pomegranate. Its deep red hue and arresting flavor pounce on the senses; it’s little wonder that it has meandered through myths for centuries. But, in the modern era, its meaning has bloomed into something more.

As consumers continue to look to fresh produce as their go-to meal, companies like Trinity Fruit are reinvigorating revered categories of old with concepts for a new era. The SweetHeart dried arils do exactly this, blending decadence with convenience and health with flavor. It’s little wonder that this product resonated with such force that the echo would ripple out and give a certain writer pause as she wandered a trade show floor.

“Our SweetHearts are a result of Trinity Fruit’s ingenuity as it looks toward capturing the attention of key consumers. For instance, millennials are smarter than we think they are,” Angela noted, pausing here to comment on the most prominent shopper in today’s retail age. “They have become more intelligent and deliberate with their shopping choices, which has played an important role in what Trinity Fruit is doing today.” 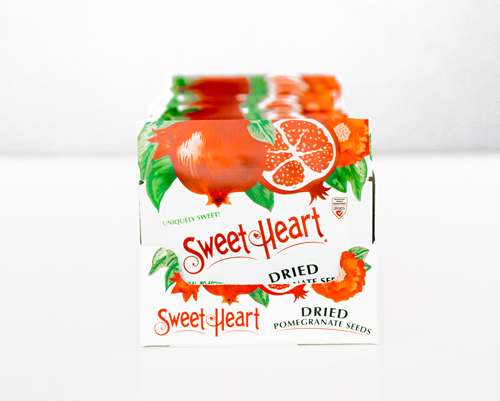 Though the vertically-integrated company has not expanded simply with the millennial in mind, its growth trajectory follows patterns that adhere to the values of a changing world.

Committed to upholding the strictest standards of sustainable agriculture and production practices, Trinity Fruit has walked side-by-side with, while staying in front of, some of our industry’s top-of-mind issues. As with any story, further change looms in the background—here is where I imagine the writers penning Trinity Fruit’s newest chapter, “No Change, No Gain.”

Angela shared just enough of these upcoming changes to pique my interest, but, like any good writer, she knew when to hold back. I pressed her slightly for details, and she did reveal that an expansion of the company’s pomegranate aril facility positions it exactly for a triumphant celebration before the next inspiration strikes.

Produce stories, it seems, are like mythical ones: You’re left wanting more.

THEIR WEBSITE
Located in the San Joaquin Valley of Central CA, we are a grower/packer/shipper of fresh fruits, specializing in commodities year-round.