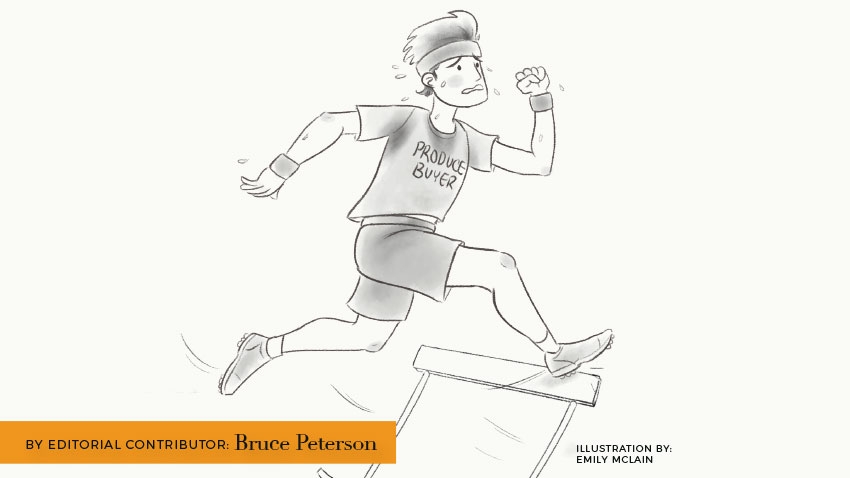 The evolution of today’s produce buyer is thick with nuance and at the will of an ever-changing retail landscape. From big box stores and leading national chains, to independent, regional operations, competition is heating up as differentiation becomes key and demands change for the consumer’s shopping experience. This all translates to a produce buying culture that must adapt. In Part 1 of this series, we addressed how retailing has gone from a privately-held, regional business, to a publicly-held, international business sector, as well as how the responsibilities of the produce buyer have changed. In addition, I shared my observations of how educational pedigree was becoming prioritized over experience and how produce at retail is becoming a numbers game. As we look ahead to evolving our buying culture, I’m going to touch on a few other points of debate and some of the lessons I have learned from the front lines—because we are all in this together.

The importance of mentorship...

I’d like to expand on the perspective I shared before in Part 1 about experience vs. educational pedigree, this time with a closer eye on mentorship. The mentorship factor in business today is not as widely valued as it used to be for many—especially in large corporations—when compared to pedigree. This by no means suggests that an advanced degree is not valuable, as it certainly is. But it’s increasingly evident that the value of mentorship and experience is becoming less appreciated. Two factors come into play with regards to mentorship in the produce business. First of all, merchandising is not a purely objective exercise. There is an art to merchandising that is honed by time and experience. This really manifests itself in produce because the grade and condition of fresh fruits and vegetables is in a constant state of change. So, while the objective numeric of a particular item might suggest one set of merchandising techniques, the state of the product at a given time might dictate a different course. No two seasons of any item are the same, and seasoned judgment, coupled with objective financial matrices, can optimize the result. Mentorship doesn’t necessarily make the difference between a good solution and a bad solution, but it can absolutely impact the difference between a good solution and a BETTER solution!

The necessity of staying on the front lines: a story from Sam Walton, Founder of Walmart...

Another important factor that has evolved is the appreciation for first-hand knowledge of what is actually going on in the stores. Sam Walton truly believed that if you really wanted to know what needed to be done in the stores, you needed to go ask the people who were doing the work in them. There is this story about how Sam constantly used to walk through different departments carrying around a yellow legal pad and writing down what needed to be fixed at the store level. He talked to the store managers and the associates to see what was working and what was not.

In 1998, when I was promoted to SVP of Perishables, we needed to address some challenges in the bakery department, so I did what Sam did best: I grabbed a yellow legal pad and went to visit one of our lead bakery managers. She walked me around the department and shared the areas where she felt corporate was doing it wrong. We identified 63 different areas for improvement. I went back to corporate, and we put our heads together and addressed every single concern. Walmart went from being on-track to lose 6 million dollars to achieving a net 1 percent. That was no small feat.

In my mind, it is axiomatic that those who are closest to the store level day-to-day actively know more about the challenges and dynamic, much more than someone rooted to a corporate office might. It is becoming more apparent that decision makers are spending less time walking stores and taking counsel from the people who are actually doing the work. What “looks good on paper” does not always translate into what works well in the stores. And it’s been my experience that the best leadership has always come from individuals who actually worked in stores. Retail has always been operationally driven. Now, it is absolutely fair to say that the “digital age” has totally caused retailers to rethink how products are best represented. But as long as there are physical stores, there will be the need to get out of the office and spend time in them.

The dynamic between the buyer and seller has changed, which means only one thing: adapt...

This leads me right into buyer-supplier relationships. I have always believed that it’s the supplier who knows best when their particular items were at their peak for sale. Let’s face it...before an item ended up at my DC, it came from their packing shed. Part of the genius of Walmart in the early days was to create transparency within the supply chain. There was a drive to help the supplier understand that Walmart was not their customer! It was the person who shops in the store that was our mutual customer. It was true then and it is true now, that the end user (the consumer) is the only place where value is added to the supply chain, as they have to be willing to pay more than the supply chain cost of bringing that merchandise before them. My constant focus was to help producers better understand consumer behavior and collaboratively work to change their purchasing behavior. I think this is largely lost today. I wonder aloud how often buyers even get into stores, let alone get into stores with their suppliers. Again, with the proliferation of digital merchandising, the way consumers are shopping is evolving.

I still suggest that it is more critical than ever for retailers to have a collaborative environment with their suppliers. The definition of retail is changing quickly, and having the suppliers on the same page with you is more important now than ever. Bruce Peterson is the Founder and President of Peterson Insights, Inc., a consulting company specializing in helping fresh food companies successfully navigate through a wide variety of complex challenges. Bruce is a 45-year veteran of the produce industry and is best known for his role as Senior Vice President of Perishables for Walmart Stores, Inc. He joined Walmart as the Produce Director in 1991. During his 17-year career there, Bruce saw the company grow from six Supercenters to over 2,300; 117 Neighborhood Markets; and established 42 food distribution centers. He became Vice President of Produce/Floral in 1994, and in 1998 was made Senior Vice President of Perishables. In addition to his Merchandising and Procurement responsibilities, Bruce was the Chairman of the WalPac Advisory Group, which is Walmart’s Political Action Committee (P.A.C.). He actively represented Walmart in Washington and lobbied on a wide variety of agricultural issues. Bruce retired from Walmart in 2007 and later joined Naturipe Foods LLC as its President and CEO, where he applied his retail perspective and business acumen to a grower shipper organization. In 2011, he took the responsibility of CEO for Bland Farms, a position he held through 2012. Currently, Bruce is a guest lecturer at six major universities and speaks at a wide variety of industry events. He currently resides in Bentonville, Arkansas, with his wife, Maggie. 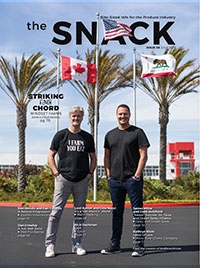 THEIR WEBSITE
40 years in Supermarket industry, specializing in perishable food.