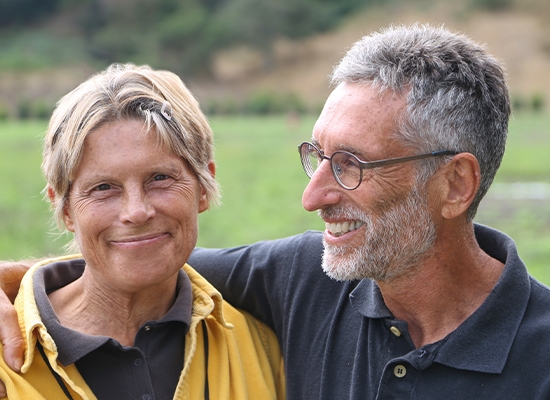 In retrospect, I’ve been using the phrase “down to earth” all wrong. It might be because the dictionary definition isn’t quite right. It’s lacking fresh dirt underneath its fingernails and a description of how sunlight filters through trees and a list of every shade of tomato, from seed to fruit. Because to be down to earth is not just to possess an aura of humility, practicality, and realism, but to be of the earth, for the earth, and with the earth—the unofficial vision of Jacobs Farm del Cabo.

The official mission of Jacobs Farm del Cabo is “healthy soils, healthy plants, healthy people,” which also serves as the grower cooperative’s spirit and key differentiator in an increasingly populous organic category. Because, while much of the industry is moving toward sustainable growing practices, Jacobs Farm del Cabo has long since seen no other way of producing food. 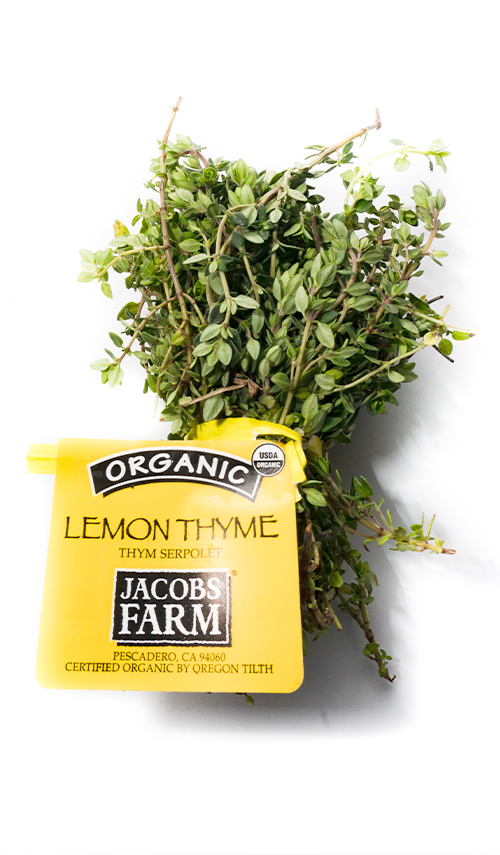 “Our goal of farming isn’t the bottom line, but taking care of people, the crops, and the earth. We are committed to this core mantra and believe in promoting health from the ground up, since organic farming is the best choice for farmers, their families, and all the lives we touch,” Sandra Belin tells me as we tour Jacobs Farm del Cabo’s Watsonville, California, greenhouse. “Healthy soil produces healthy crops, which in turn promotes healthy lives.”

Following a year ripe with rallying cries and picket lines demanding the earth be valued as a living, breathing being rather than something to profit off of, it seems obvious to stand by this core mantra. But what truly distinguishes Jacobs Farm del Cabo is not that it believes in this mantra so wholeheartedly, but that it practices what it preaches, and has been since 1980—the year Sandra and her husband, Larry Jacobs, founded Jacobs Farm.

At its start, Jacobs Farm was but a small, organic, family farm—one of the first to be certified organic in California—dedicated to growing fresh, high-quality produce without damaging the environment. Five years later, however, after a trip to rural Baja, Mexico, Sandra and Larry added another division to their operations upon meeting a community of farmers who were struggling to make ends meet. By 1986, Sandra and Larry had helped launch the Del Cabo farming collective with eight farmers. Today, the partnership between Jacobs Farm and the Del Cabo growers provides over 1,200 farming families and their communities with environmentally sustainable economic operations.

“When we step back to see where this operation is going, I see us continuing to build on the reasons we started this business in the first place.”

“We started the Jacobs Farm division because there was a demand across multiple demographics for more alternative options to conventional growing practices,” Larry shares with me. “In fact, the paradigm of growing food in a way that promotes healthy soil for today’s consumers and future generations just makes sense.”

As Larry recounts their journey in a soft voice full of earnest passion, a bee flits toward Sandra—too close for comfort, in my opinion. Sandra, however, nudges it in a new direction and away from our conversation, with a quiet, “I think it likes the colors of our shirts.” At this moment, wrapped in the honey hues outpouring from Larry and Sandra, their compassion manifesting in an unbridled devotion to the natural world around them, I realize the glaring difference between “down to earth” on paper versus in practice—doubly reinforced as Larry continues his tale of Del Cabo.

“With the Del Cabo collective, we were focused on the people on this planet who work really hard, but who are just not in the right place to make a good living. Del Cabo helps connect these communities with good products and teaches them how to grow food in a way that’s healthy for them and the consumer,” Larry says. “Today, we look at Del Cabo—which has since extended to over 14 communities in Mexico, spanning the length of the Baja California Peninsula and into mainland Mexico—as a Latin American project, but really it can be done in any community in the world.” 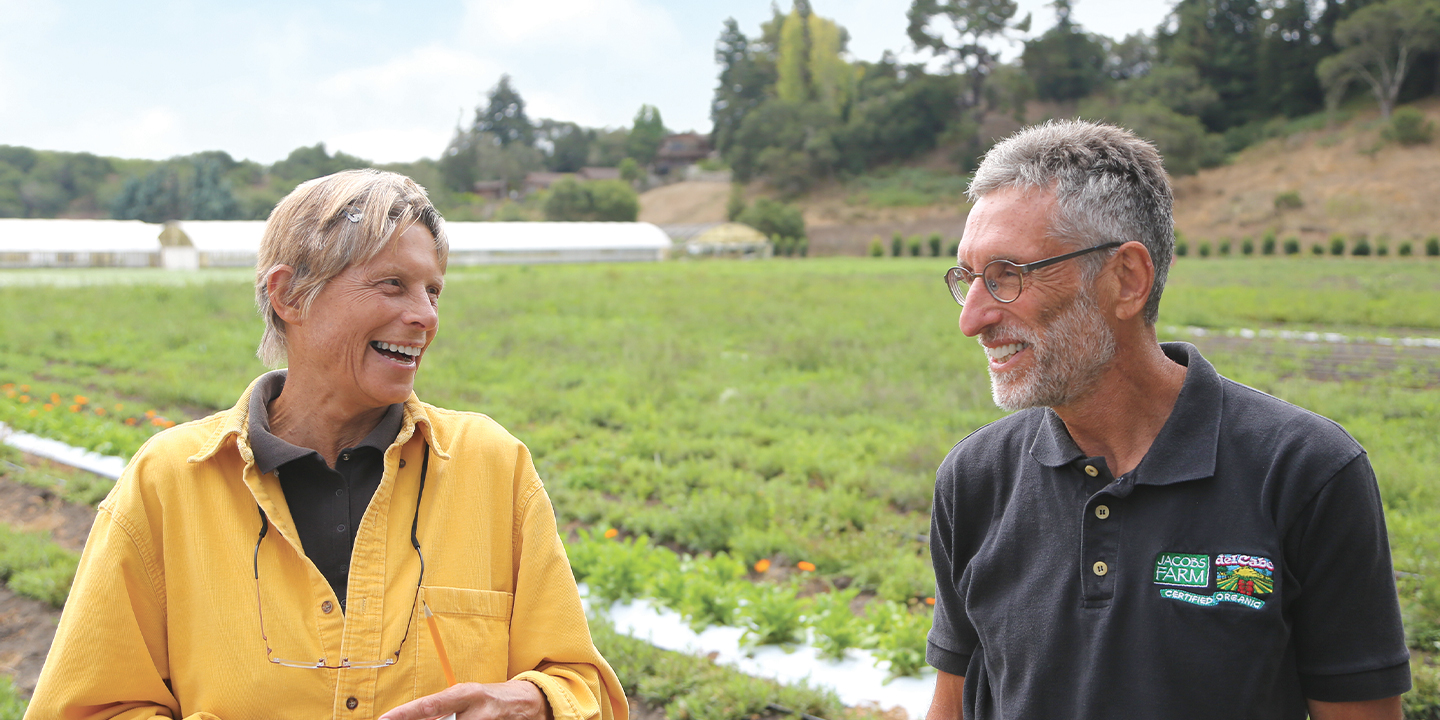 Specifically, the company provides Del Cabo farmers training in organic growing, harvesting, and handling, in addition to start-up funds, farming technology, administrative training, and consistent distribution channels. On top of this, Sandra and Larry have built it into their business model to invest the value of their products into the communities their produce first came from—which harkens back to Sandra’s initial point about Jacobs Farm del Cabo’s focus relying less on its bottom line and more on the community it grows and operates in, as well as the larger community (the world!) it feeds.

And what the grower collective is feeding this community is just as unique as the rest of Jacobs Farm del Cabo. As Sandra and Larry continue the tour, we stop in front of trees I can’t identify—the theme of the tour, really, as at this point, we’ve stopped in front of countless herbs I’ve only ever handled bottled. Sandra pulls a few leaves from the branches and motions for me to lift them to my nose. The fragrance is as bright as if I was holding an actual lime. I try to spot the citrus on the tree, but there are only more leaves.

“Makrut lime leaf,” Sandra supplies. “We’re one of the few growers that offers it.” 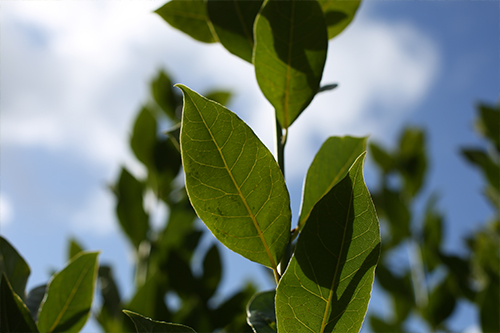 While Jacobs Farm del Cabo specializes in a wide variety of crops, its niche is the…well, niche categories, like that of the Makrut lime leaf. This has led the company to cultivate both popular and uncommon herbs and produce varieties alike, with unique ones like epazote, lemongrass, marjoram, sorrel, and Thai basil adding extra value to its offerings simply by setting the grower even further apart from traditional herb providers.

“We’re constantly open to anything. If a seed company has a funky new variety, they know we’re always looking for new flavors and better quality in any category,” Larry notes. “And our relationship between our California and Mexico growers allows us to provide our customers with consistently fresh products year-round.”

“Our goal of farming isn’t the ‘bottom line,’ but taking care of people, the crops, and the earth.”

That’s not to say, however, that Jacobs Farm del Cabo doesn’t hold its own in a few of the industry’s biggest categories. On top of being leaders for frontrunner product categories like organic cherry tomatoes and basil, the grower stays competitive in the market by producing several varieties of tomatoes, peppers, and squash, in addition to other vegetables.

Thus far on the tour, I’ve gathered that Sandra and Larry are to farming as a tomato is to a vine, but when I verify their backgrounds with them—seeing no other possibility than the two growing up in the ag community—both are quick to reveal their journey to produce wasn’t exactly cut and dry.

“Larry’s family has some background in farming citrus. My dad farmed with horses when he was younger,” Sandra starts before Larry muses: “Everyone’s family has some kind of agricultural background. I don’t think we were influenced by it, though. We grew up in an era where there was less focus on what you wanted to do. There was more serendipity.”

Sandra adds that Larry does have a background in soil—which later became a foundation of Jacobs Farm del Cabo’s mission—while her background is people and development. 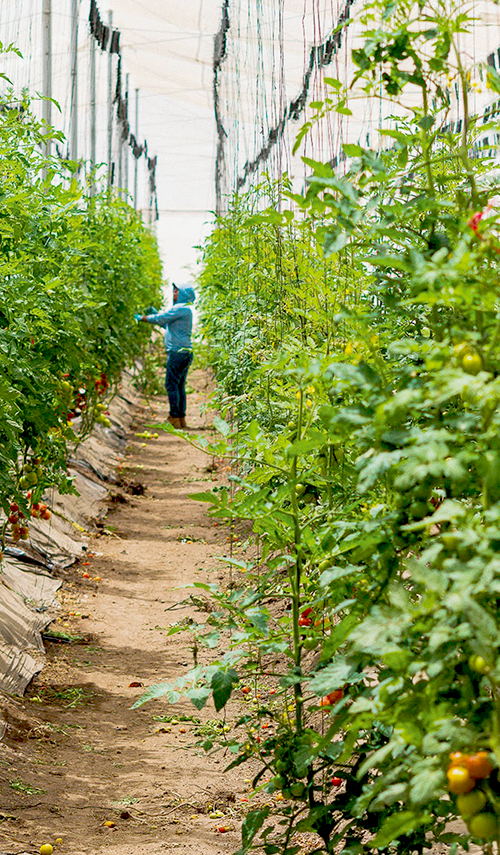 “We actually met while working on a farm, but at the time we didn’t know we were going to end up running our own. Jacobs Farm del Cabo really started because we felt a pull,” she reflects. “There was a ‘back to the land’ movement in the late ’70s and early ’80s in which young, urban, college-educated people were looking for something to do that was more connected to the land.”

A “back to the land” movement that Sandra insists is entering a new cycle with the next generation—which doesn’t seem that far off of a prediction, considering the frequency at which more and more are answering the call of the wild and lending their compassion to the earth. And as the sustainability movement continues to rise, Larry and Sandra both confirm that they’ll keep on keeping on with what Jacobs Farm del Cabo has always done.

“When we step back to see where this operation is going, I see us continuing to build on the reasons we started this business in the first place,” Larry concludes. “In the beginning, Jacobs Farm del Cabo was really set up along the lines of a nonprofit to look at how you can change income levels for people who don’t have any money. Today, and as we continue forward, we want to build on this while really drilling down into reducing plastic, optimizing our energy and water use, and considering our impact and how we can get more money to the people who make the least.”

At that, I have no further questions—what more can you ask when the answer is so simple: to be of the earth, for the earth, and with the earth, now until forever.

As Sandra and Larry wander away into the greenhouse and out to the fields to finish their day, I make my way back through the overcast of Santa Cruz County with one thing in mind: Jacobs Farm del Cabo may have taken the road less traveled, but when Sandra and Larry leave this world behind, what will remain in their wake will be a legacy. 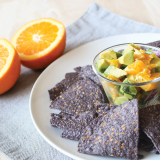 WTF Do I Do With Bee Sweet Citrus Oranges and Lemons ?! 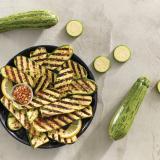 WTF Do I Do With Mucci Farms Zukies Mini Zucchinis ?! 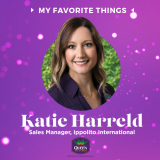 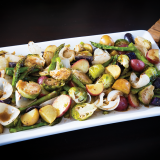 WTF Do I Do With Progressive Produce's Fresh Fall Veggies ?! 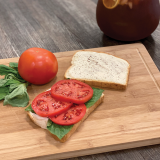 WTF Do I Do With Sweet King™ Vine Ripe Tomatoes ?! 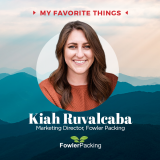 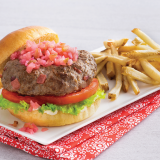 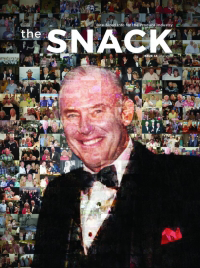 THEIR WEBSITE
Jacobs Farm Del Cabo was founded in 1980 as a small organic family farm dedicated to growing fresh, high quality, delicious food without damaging the environment. Today, our unwavering pursuit of social change in sustainable farming and business practices remains at the core of our company.