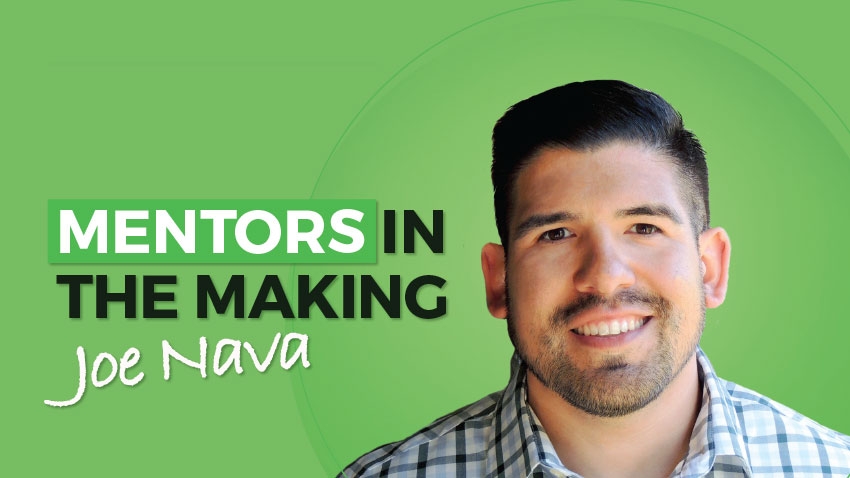 That’s the sentiment I took away from my first phone conversation with the Senior Account Manager at Calavo. Joe exudes charisma; he’s the kind of friendly, humble, happy-go-lucky person who is effortless to talk to. And, having had his first foray into the world of produce as a student attending a PMA Fresh Summit alongside a produce heavy-hitter like Dick Spezzano, President of Spezzano Consulting Services, you can clearly see the good fortune he’s started a notable career on.

Since that fateful trade show where he got “bit by the produce bug,” mentorship has been a crucial component of Joe’s professional path. Having come from outside the industry, that first Fresh Summit and the people he met there changed his life. As someone who benefited immensely from mentorship at the dawn of his career, it’s now a cause he’s passionate about passing along, speaking at every Center for Growing Talent event he gets invited to—of which there are many.

“It’s my duty to share my experience and entice people to join this incredibly sincere and welcoming community,” he tells me. “People outside of produce may have an idea of what it might be like; but until you are actually in the industry, you don’t realize there is a whole world to explore, from agtech to accounting.”

And Joe has explored much of it. He has traversed a variety of roles from Famous Software, to Driscoll’s, to Mission Produce, to his current position with Calavo. Along the way he’s had many mentors. Alongside Dick Spezzano, Joe mentions Heather Hammack, President of Famous Software, and Rob Wedin, Vice President of Sales and Fresh Marketing of Calavo Growers.

“Dick is the quintessential ‘produce guy,’” Joe tells me. “At that first PMA Fresh Summit he took me to every single dinner, session, and event. It was incredible. He knew everybody, and wasn’t shy about introducing me to them. I made so many connections. To this day he checks in on me and shares his expertise freely. He’s like an encyclopedia. He made sure I was set up for a great career.”

When Joe talks about his experience with Heather Hammack, you can hear the reverence in his voice. As one of his earliest mentors after starting to work in produce, he clearly holds her in high esteem.

“Heather has been such a great mentor and sets the bar high for professionalism. The presence of women in leadership has grown in recent years, and she hasn’t let a single challenge ever stop her. Heather demonstrates what it means to do business with class,” Joe says. “She has been a great role model and has given me so many opportunities.”

Then we land on his current role at Calavo Growers. Rob Wedin comes up, and Joe smiles.

“I call him the Avocado Guru because he is such a legend!” Joe shares. “He groomed me to be a better person and sales professional. Thanks to him, I’ve evolved to understand the avocado industry so much more than I ever could have dreamed. He is unbelievably knowledgeable.”

While the industry notables Joe was fortunate to meet early on gave him a springboard for his career, his authenticity and attitude have clearly carried him this far—with no signs of stopping.

And, in this industry full of genuine people, luck is really just about showing up.

Here is what they have to say about Joe Nava...

"I’m proud to say I’ve had some influence in Joe’s life and career. Joe was my student at the 2005 Fresh Summit’s Career Pathways program. We spent a lot of time attending workshops, events, and on the convention floor. As we walked, I introduced him to Michael Hollister of Driscoll’s and Steve Barnard of Mission Produce, among many other leaders. We talked and talked about the opportunities in this industry, and I encouraged him to follow up with the great connections he’d made during the weekend. He did follow up, and soon he was an intern at Driscoll’s. He has been in the industry since, moving on to a full time sales position at Mission Produce, where he worked hard, and now to Calavo. When we see each other, we always catch up about his life and career. During a Center for Growing Talent by PMA event,  I asked him to speak to 12 students, and he did an outstanding job conveying the magic of this industry. I can say I’ve learned a lot from him too, about how millennials view work and life as consumers."

"Joe Nava is simply one of a kind.  His enthusiasm is contagious; he’s always wearing a smile, and is willing to go the extra mile. Watching his career over the last decade has made me very proud. I met him back when he was still attending Cal Poly at San Luis Obispo, and have known him through his summer internship with Famous Software to his current position as a produce professional with Calavo. He has such an amazing work ethic, and his future is limitless. He’s been a fantastic produce industry advocate, spreading enthusiasm everywhere he goes. He’s just fun to be around. I always look forward to catching up with him at industry events."

"Joe Nava is a great fit at Calavo—his words—and they are quite true. Joe loves to sell, there is no doubt about that! Together, Joe and I are taking the time to help deepen his understanding of our avocado business and our team. It’s really working, and we’re having a lot of fun while we’re at it. His ambition and courage are key traits leading to his current success." 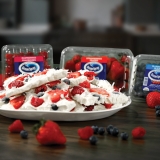 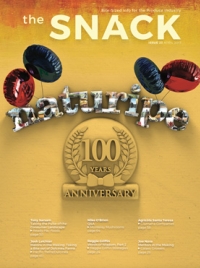 THEIR WEBSITE
From proud California origins, Calavo has built a brand that is recognized and respected for the finest avocados in the world.