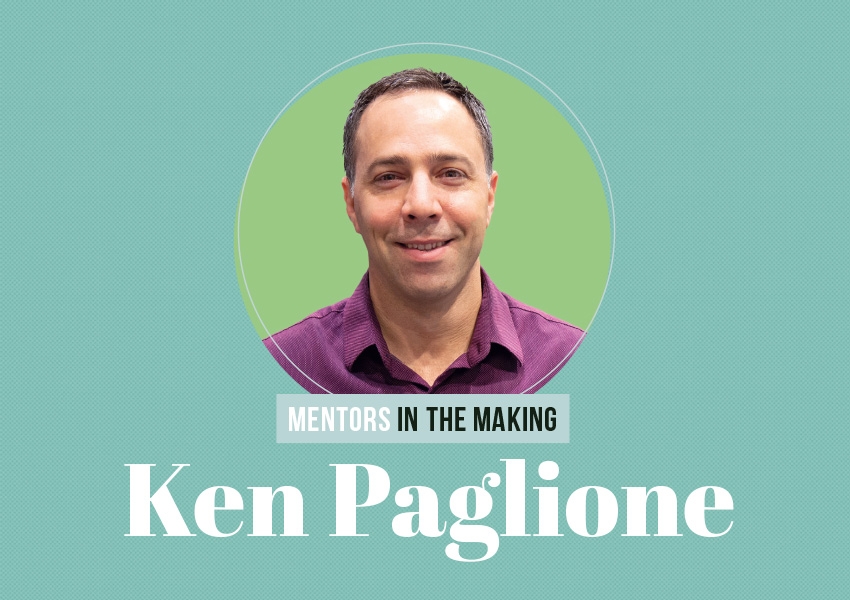 "To get to how I ended up at Pure Flavor®, I have to start with when I was a young kid…” Ken Paglione hooks me into his tale in one sentence. The Key Account Manager has been with the greenhouse vegetable company since Valentine’s Day, 2006, and it sounds like the road has actually been hearts and flowers—but we’ll get to that.

“My mother, Lucy, would bring me to my grandfather’s business to work. He was the Joe of Joe Policella Produce. I had to learn quickly, starting young, with just general labor. Over time, I began to understand the business, so my grandfather entrusted me with more key roles each summer season. Unknowingly, he was layering into me a foundation to build a future produce career: hard work, trust, loyalty, and integrity.”

After graduating from the University of Windsor, Ken didn’t jump immediately back into fresh produce.

“I learned another side of the greenhouse business by working for my uncle, Cole Cacciavillani, at CF Greenhouses, which was an amazing experience. He continued building my hands-on experience and added more layers to my career growth. I was a Junior Salesman for holiday flowers, dealing with a wide variety of retail partners throughout North America and learning a great deal about the industry season-over-season,” Ken shares. “We would gradually build up to the holiday season, and as we got closer, the pace went from 0 to 100.”

It wasn’t long after a holiday season push that childhood-friends-turned-business-partners Matt Mastronardi and Jamie and Jeff Moracci, were looking for someone in sales to join Pure Flavor. The three had started a greenhouse vegetable company and were growing their business to warrant the need for more sales people.

“I had already been in sales for a number of years, and produce was in my veins. I enjoyed a fast pace, but produce was steadier compared to holiday floral seasons. It was a tough and emotional decision, working in a family operation, but I wanted to take the chance in my career. I made the move and haven’t looked back since,” Ken shares.

“Years ago, I was training for the NYC Marathon and tied my training efforts to a cause dear to me—autism. I had yet to publicly share my goals: raising money and training for the 26.2 mile race. One day in talking about it with Mimmo, he took me by surprise in genuinely wanting to know about the cause, even following up to donate and support it. I saw the kindness in him and, regardless of business, we have always maintained a relationship and respect for each other,” he shares. He adds how inspiring Mimmo’s work as a mentor in the industry is to him. “I often see Mimmo involved with a variety of panels and steering committees, constantly pushing for the betterment of the fresh produce industry. These, to me, are volunteer efforts to look up to and personally get involved with. Mimmo is always open to my questions on how to help me improve myself, and I appreciate that.”

"Our future is heading in the direction of healthier lifestyle choices, which leans heavily on eating more fruits and vegetables. When you start having a family, you begin to care more about what’s on the plate and going into those lunchboxes."

Another mentor that sets a strong example in the industry for Ken is Nancy. “I really look up to her for many reasons. Some that quickly come to mind are the energy she devotes to helping women in produce and the strong network she has built. Anyone you ask has nothing but great things to say about Nancy. Another is how she challenges her vendors: When our company wanted to increase our business on the foodservice side, she would explain what it meant to be a vendor, prep me, and challenge me. When someone does that for you, you can’t help but have a great deal of respect for them. There are buyers that are cut-and-dry, and there are ones who challenge you to make you better. If I could have the knack she has to challenge positively, I would aspire to have that.”

The most multifaceted mentorship he mentions is that of Joe Sbrocchi, who Ken has continued to look up to in various produce roles.

“I have a really interesting relationship with Joe in that I initially worked for him when he was in a retail buyer position years ago. Joe then went on to a local greenhouse company and became a competitor, which added another dynamic to our relationship,” he tells me. “Now, as the General Manager for the OGVG, Joe and I get to work together on the grower/marketer side of our business.”

This, Ken says, is the beauty of business and why it’s important not to burn bridges.

“It can open up opportunities down the road—now Joe and I work together and it’s great, including being members of the PMA Membership Committee, which we both take part in,” he shares. “Something I would say I pride myself on, that Joe has helped me with, is networking; whether they are a competitor, teammate, or someone neutral, who knows where you’ll both end up?”

It is a valuable lesson as he’s made Pure Flavor his home, something which one of Ken’s biggest mentors of all had approved of—his grandfather.

“I was really close to my grandfather and still look up to him to this day. He was very successful and left hard shoes to fill,” he tells me. “When I started working here at Pure Flavor, he came to visit me. We took a picture together that I still have, and he gave me his blessing. It was shortly after that visit he passed away.”

In his stead, Ken carries the things his grandfather and all his mentors since have taught him, and he is eager to pass them on to those joining our industry.

“Our future is heading in the direction of healthier lifestyle choices, which leans heavily on eating more fruits and vegetables. When you start having a family, you begin to care more about what’s on the plate and going into those lunchboxes,” Ken says."

As Ken puts it, the way the food business is going, it all comes back to fresh produce. With rising mentors like Ken and those he has learned from over the last 12 years working at Pure Flavor, who could want it any other way? 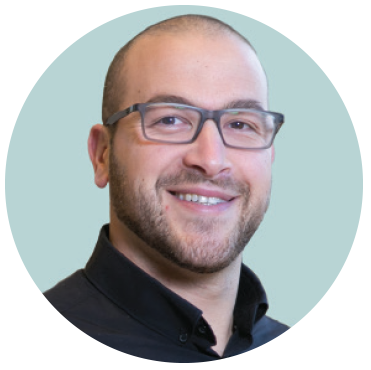 It hasn’t been that long since I met Ken, but in about eight short (produce) years it feels like a lifetime…not that I’m complaining! Pleasant, sociable, and kind-hearted are some words that describe him—you would never think he was in sales! All kidding aside, Ken’s knowledge of the produce industry is second to none, and with every conversation there hasn’t been a time where he wasn’t educative, regardless of the topic.

Understanding his passion and drive to better himself both personally and professionally is something we could all benefit from. Whether it’s stretching himself to get that extra marathon in before the season is over, or working with his peers to break grounds and innovate in our very competitive industry; he bleeds energy and motivation. It’s traits like this that will continue to make Ken a staple in the produce industry and grow as a leader, along with mentoring the up-and-comers. 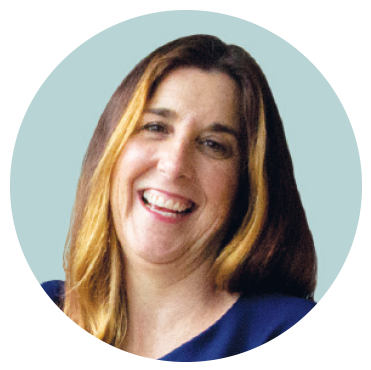 Over the last several years, I have been lucky enough to have a front row seat in watching Ken’s career in the produce industry grow. When Pure Flavor decided to dip its toe into the foodservice industry eight years ago, Ken took on the challenge and took the lead in growing this category for them. Ken’s attitude has always been positive—he has been like a sponge, taking in everything we have taught him about foodservice. I told him an order for six boxes is a win because that six boxes will turn into pallets if you treat your customer right; Ken took that to heart.

He has really worked hard on creating great relationships with his customers as they are not only customers to him, but great friends. Ken is always prepared to take anything on and will constantly work hard to help find a solution to any issues his customers may have. Ken’s expertise and knowledge of Pure Flavor and this industry as a whole, in addition to his eagerness to continue to learn and grow, is a strong foundation for taking our industry to the next level and being able to lead others in the future. 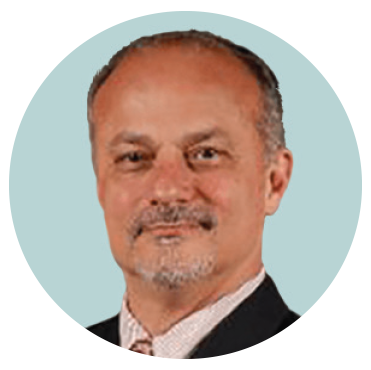 Over the last 12 or so years, in three different careers, I have come to know Ken well enough to know that he could play on my team anytime. I have come to understand Ken as a solid supplier in my days as a retailer, a fierce rival while at a major greenhouse competitor to his firm, and now as a person who combines a great mix of skill, experience, and, most importantly, passion to his daily life in my current role at our industry association. I have been very impressed with his willingness to express his position so that we are best served as an industry. The importance of ‘raising the entire tide so that all boats can lift’ is never lost on Ken. He melds his salesmanship, experience, and skill, bringing a solid effort at all times. As such, he distinguishes himself as a true professional in our sector, and in fact the entire produce industry. His ability to nurture the next group of young people is a key need within our industry and I believe Ken will excel in doing just that.