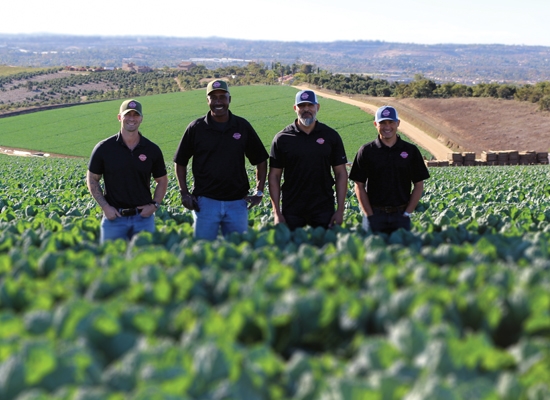 What does it mean to be a good steward? As an industry of growers, stewardship evokes our call to care for the land, water, and air that produce so relies on. But, as an industry of people, many have come to understand stewardship as the process of standing alongside our fellow man for the betterment of all—a process that the team behind the Oceanside Pole brand not only integrates into its company operations, but embodies to an extent that suggests there is simply no other way.

“At West Coast Tomato Growers, we value hard work, dedication, and commitment,” Priya Singh, General Manager, tells me. We are talking about the company’s commitment to hiring military veterans, which—like most work that accomplishes inclusion—boasts obvious benefits, yet is still outside of the norm. “It’s really important to our family to hire veterans because we are immensely grateful to them for the sacrifices they—and all members of the U.S. military—make so the rest of us can enjoy everyday freedoms.” 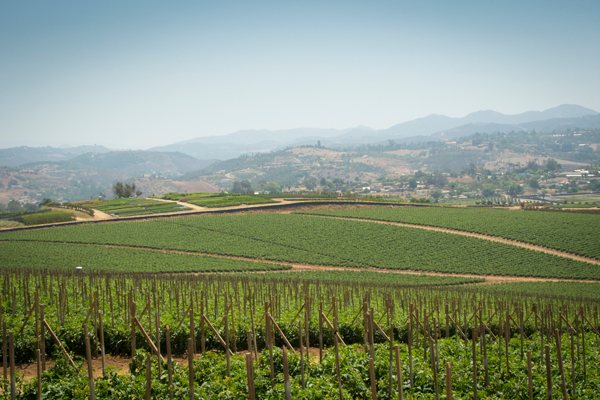 West Coast Tomato Growers currently employs three military veterans, with a fourth in the wings. In addition to welcoming veterans onto its team, the grower collaborates with nearby Marine Corps Camp Pendleton on an internship program that provides civilian work experience for soldiers leaving the military.

“Our values are really demonstrated by the people with military experience who have joined our team. We have a lot of respect for veterans and the work they put into coming back to society, which isn’t always easy for many,” Priya says. “They’re looking for a sense of drive and belonging, and we feel compelled to support that process any way we can.” 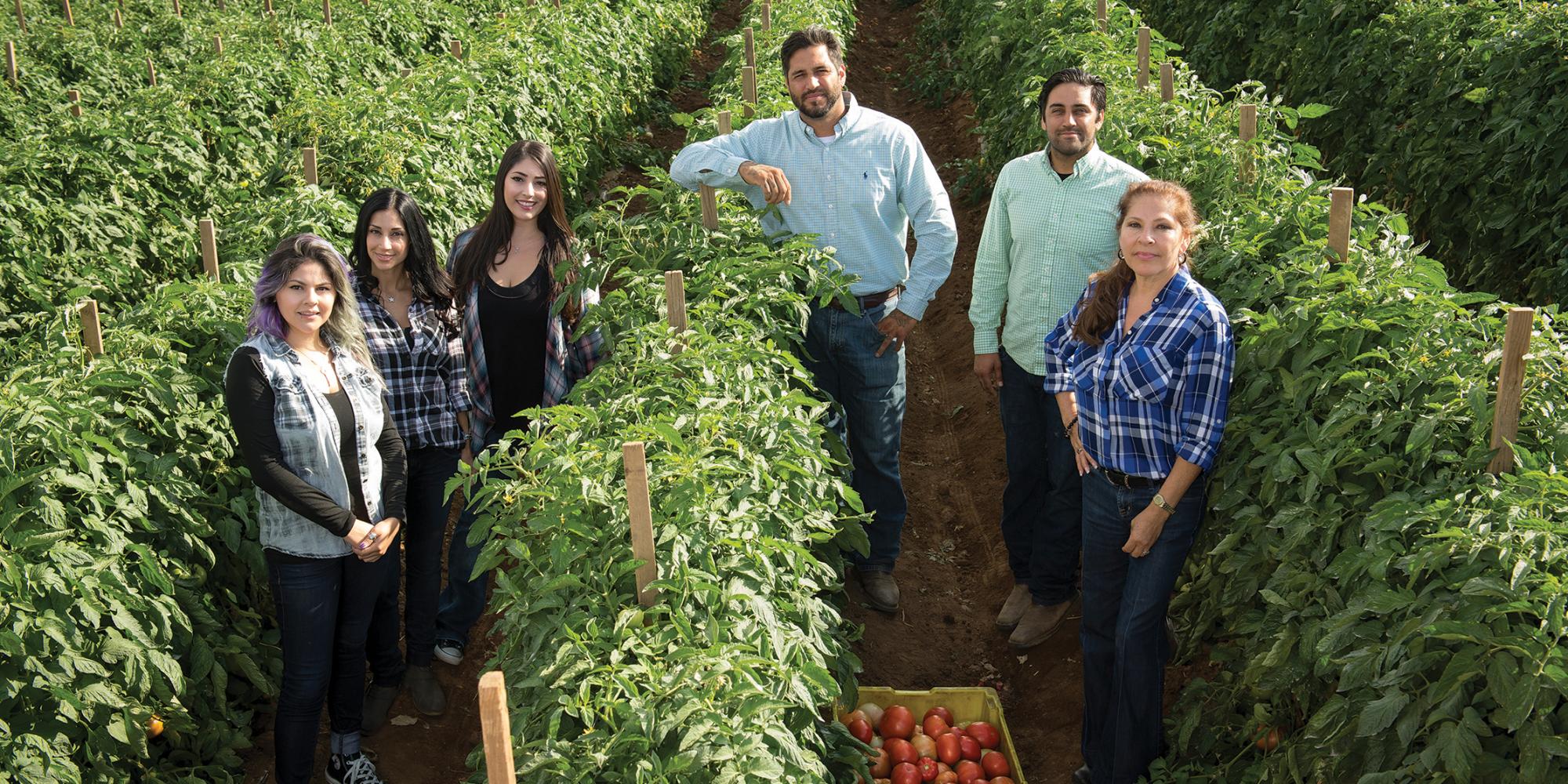 The Singhs, the family behind the Oceanside Pole brand of tomatoes and Brussels sprouts, are one of the last remaining pole-grown tomato growers in Southern California. In 1939, as Harry Singh, Sr. began laying the groundwork for the company now known as West Coast Tomato Growers, he established a relationship with the military by leasing farmland from Camp Pendleton. A year later, Harry Singh and Sons was born, which continued to lease farmland from the Marine Corps base until early 2011—the year that Harry’s son, Harry Singh, Jr., restructured the company as West Coast Tomato Growers. Today, the third generation of Singhs, including Priya and his siblings, run the farm.

While it is an obvious accomplishment to still be operating their grandfather’s business 80 years later, it is, of course, not without growing pains, which Priya notes have been eased by the military veterans on staff.

“Having veterans like Neville McGillvery, Derrick Platz, and Andino Beniquez and veterans’ family members like Orven Zaragoza ensures we do a better job. The first veterans we hired over twenty years ago are now managers dedicated to doing everything the right way,” Priya says. “Not to mention, veterans bring an immense structure from their time spent in the military, which, as a result, has helped improve our structure.”

“These guys have been nothing but excellent to me and are truly top-notch human beings. I have no problem saying that because it’s true. I’ve watched the third generation grow and learn how to run things on their own, which is amazing. This is like my family.”

One of the first, if not the very first, military veterans the Singh family hired was Neville in 1996.

“Neville works hard and embodies exactly what we want to achieve as a quality grower,” Priya remarks. 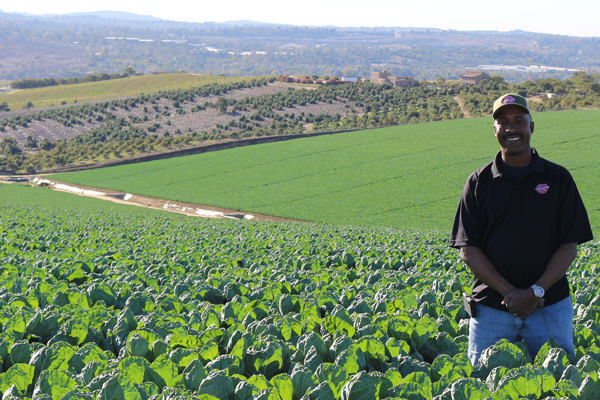 Neville served in the military for eight years, starting as a Private and finishing as a Sergeant. He is one of the few recipients of the Navy Marine Corps medal. While it’s an honor that Neville is proud of, he also reveals to me that it was an honor earned not without trauma and, ultimately, what led him to retire from the military.

“Toward the end of my time in the military I worked at the jail, which gave me a lot of free time,” Neville begins his story. “So, I joined the police force as an undercover cop. But, when it came time to join the police academy I wasn’t hired, which really messed with me mentally and financially. I felt like a failure, and I didn’t know what to do. While I could have stayed with the military, and was in a position for a promotion, I was ready to retire. At the time, I learned about driver training for Harry Singh and Sons, so I went and was hired.”

Neville worked his way up through the ranks and today mans the helm as the Transportation and Logistics Coordinator. When I ask Neville what has kept him working alongside the Singh family for the last 20-plus years, he answers before I finish the question.

“If it was terrible, I wouldn’t be here,” Neville jokes. “These guys have been nothing but excellent to me and are truly top-notch human beings. I have no problem saying that because it’s true. I’ve watched the third generation grow and learn how to run things on their own, which is amazing. This is like my family.”

“I went into the military straight out of high school. During my service, I went on four combat tours. After I left in 2012, I wondered how I was ever going to be that great again. But I found that purpose yet again when I got into agriculture." 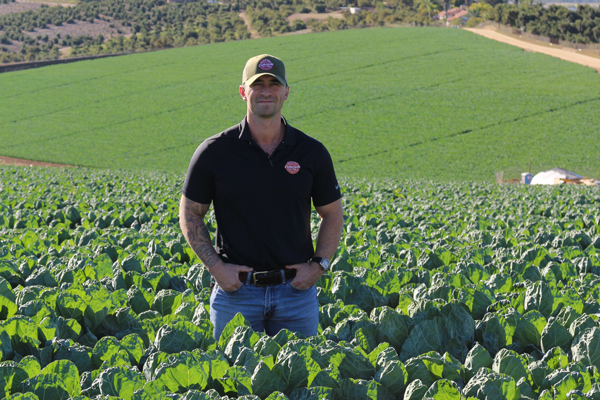 “I went into the military straight out of high school. During my service, I went on four combat tours. After I left in 2012, I wondered how I was ever going to be that great again. But I found that purpose yet again when I got into agriculture. We’re growing food for everyone, and so I found that purpose once more because we’re not just working for ourselves,” Derrick tells me. “Being with the team at West Coast Tomato Growers feels like being back in the service, razzing each other out in the field. It’s fun.”

Derrick started off helping Priya monitor and evaluate tractor usage and labor. For four years and counting, Derrick has contributed to building the company’s field management program—all while going back to school to work on nursery management, crop production, business, and kinesiology degrees, and earning licenses like CCA and PCA. Today, his title is Field Manager.

“Derrick was brand-new to operations when we brought him on in 2015. He worked very hard seven days a week and went to night school to study on his own. Derrick showed the same drive as Neville and the others, which began showing us the true work ethic and drive of our veterans on staff,” Priya explains.

Andino is West Coast Tomato Growers’ newest veteran addition after he joined the company in 2017. He started as a Packing Shed Manager and now serves as a Specialty Packaging Manager. Over the last 12 years, Andino has also worked as a Field Radio Operator, a Marine Corps Radio Chief, a Safety and Environmental Manager in Japan, and a Staff Sergeant for the military. 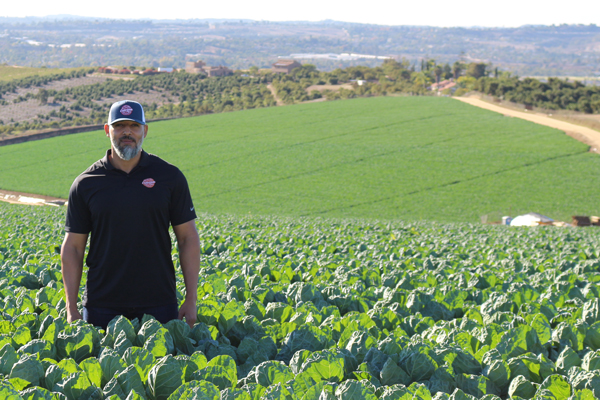 “I was going to school when Priya asked if I wanted to come help out in the summer temporarily, and the rest is history,” Andino reveals to me.

Priya readily confirms that Andino has already left his mark on the company, stating: “Andino came on to do logistics and warehousing. We put him in charge of special pack operations, keeping track of our inventories and making sure customers are getting what they ask for. On his first day, he wrote everything down and it didn’t take long before he’d made significant improvements to our system. He also helps our customer relationships and, thanks to him, we’re never late.”

I’ve said it once, and I’ll say it a thousand times more: The power of produce is nothing without community—which many of West Coast Tomato Growers’ staff can attest to. Orven is one such employee willing to bear witness to the strong community that West Coast Tomato Growers, and the produce industry at large, has built to benefit its employees, both veterans and civilians. 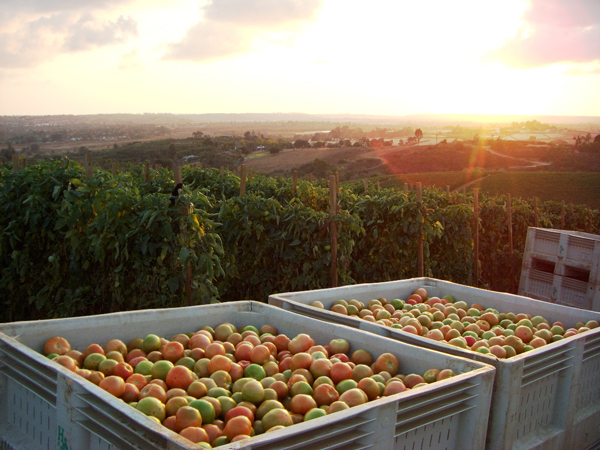 While not a veteran himself, Orven grew up in a military family, with his father serving in both the Marines and the Air Force. He tells me that he still learned a lot from the military growing up, including acquiring skills that help him relate to the veterans on staff.

“Growing up in a military family gave me a mindset of meeting expectations of hard work and determination. Working at West Coast Tomato Growers was a natural transition from how I was raised. Many vendors and peers have a mutual understanding because they also grew up in military families but didn’t enlist,” Orven says. 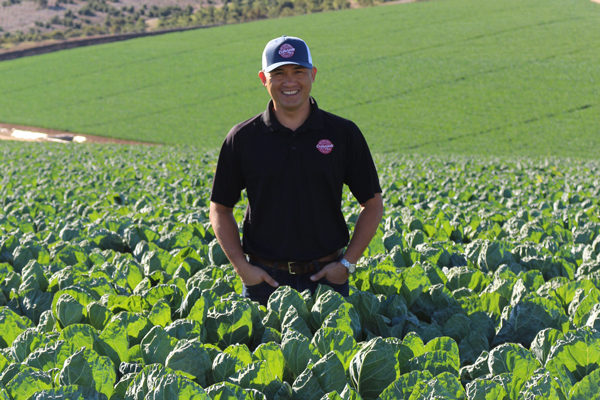 Orven worked as a land planner for the city of Oceanside, which eventually led him to West Coast Tomato Growers, where he started on the Safety and Land Use team in 2012. Today, he serves as the Safety and Regulatory Compliance Manager, improving efficiency on the farm by navigating, reviewing, and negotiating land leases and regulations at the state and local levels.

“At West Coast Tomato Growers, it’s a team effort, not an individual effort; it’s everyone’s job to work together just like it is in the military.”

“Since joining the company, I have helped West Coast Tomato Growers get ahead of the curve in food safety, particularly in 2015 when food safety policies changed,” Orven explains to me. “I’m still learning a lot. Every season is different, and I continue to learn.”

Over the course of our conversation, it becomes clear that the respect between West Coast Tomato Growers and its veterans on staff is mutual.

“The family business makes you feel like part of the team and helped me adjust to an environment that felt similar to the military,” Andino says. “At West Coast Tomato Growers, it’s a team effort, not an individual effort; it’s everyone’s job to work together just like it is in the military.”

Orven adds, “The experience of working at West Coast Tomato Growers is very rewarding. The scope of work I get involved in covers almost every aspect of our operation. With that, challenges are ever-evolving, but fortunately company resources and support are in place to ensure we develop solutions.”

Over the years, with the help of its veterans, the company has cultivated a reputation for high-quality tomato and Brussels sprouts flavors. The Oceanside Pole brand, offered exclusively by Oppy, is the result. Last year, Oppy and the Singhs introduced new brand positioning, “On a Mission, since 1939,” to further articulate this commitment to the land and its community. 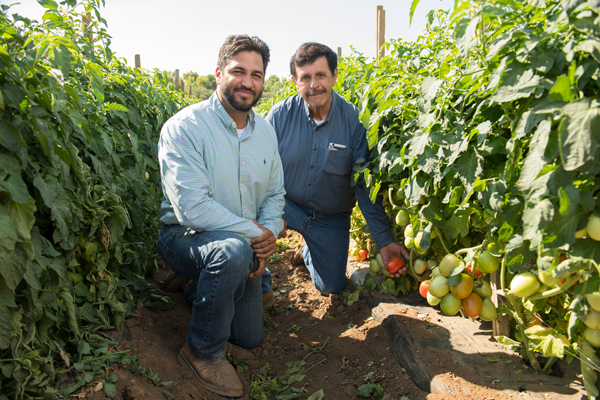 Our nation is a proud one, and after speaking with veterans and veterans’ relations like Neville, Derrick, Andino, and Orven, it is easy to see why. Not only do they exemplify what it means to be good stewards, but also what it means to work in produce, which is pretty interchangeable if you ask me.