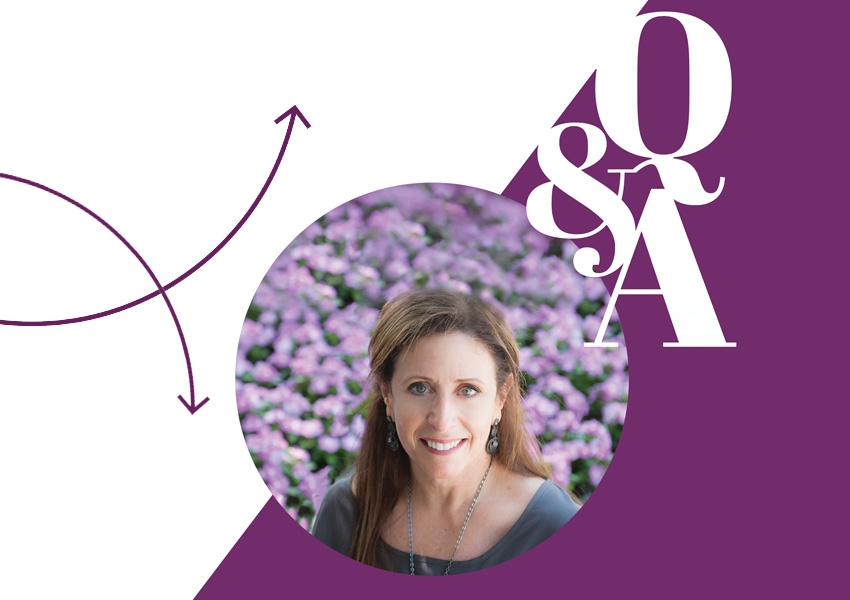 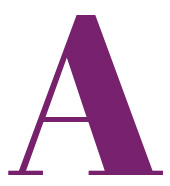 s the President and CEO of Frieda’s Specialty Produce, Karen Caplan can tell you a thing or two about tapping into so-called trends. Frieda’s has an impressive track record of bringing previously unknown items to household ubiquity over the course of its 55-year existence. The company boasts a compelling portfolio, having carved out categories in everything from kiwifruit, to tropical fruits, to Stokes Purple® sweet potatoes.

Propelling the company to its current success, the multi-generational Caplan family seems to have a preternatural knack for understanding what will compel consumers to flock to an item, and giving retailers the right tools to sell it. For this reason, many in the industry might consider Karen a produce prophet who knows how to stay ahead of the curve.

But, while most companies want to be the first to predict what is going to be hot this year, Karen is here to tell you why that might be a bit short-sighted.

How would you define a

trend versus a movement?

KC: Some trends are like fads, are fickle, and may die out by the end of the year. Some longer lasting trends suffer a backlash like kale has. Luckily, I believe that putting more vegetables on our plates is not just a flash in the pan, but our new way of living.

More specifically, I would equate a true trend to the beginning of an ocean wave. It starts low and slow and gains momentum. As the wave swells…it becomes a movement. An example would be Meatless Monday, which started as a campaign to reduce meat consumption and save water. But really, it was indicative of the underlying trend of eating vegan or vegetarian. Now, nobody blinks an eye if you go vegetarian once a week, and the movement has become the norm. Root-to-stem cooking really started with the trend of chefs wanting to make their vegetable dishes look more rustic and to be unique. That trend ended up merging with the movement around reducing food waste.

Could you give an example of what backlash against a trend looks like?

KC: When kale was a unique menu item, or made popular for juicing, consumers welcomed and seemed “surprised” to see kale featured. But when kale shows up at your local fast food restaurant (e.g. Chick-fil-A, Wendy’s, or McDonald’s), consumers react with kale backlash! “Kale…really?” When Kale became ubiquitous, consumers got kale fatigue.

Why has vegetable-centric cooking and eating suddenly become a trend?

KC: Actually, it isn’t “all of a sudden.” Like all other food trends, the veg-centric trend has been gradually simmering for years. It has just now reached the boiling point. 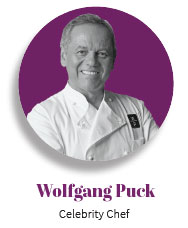 A food or cuisine reaches “trend” status at the confluence of media attention, chef attention, and supermarket or CPG attention. But with fresh produce, a trend rarely happens overnight. Take kiwifruit, for example—it took 18 years to trend. Although our company, Frieda’s Specialty Produce, brought it to the U.S. from New Zealand in 1962, it wasn’t until the 1980s that it really took off, with the help of Wolfgang Puck and Alice Waters, who put it on their menus. 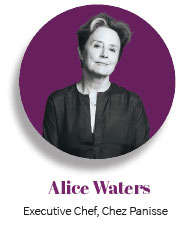 I have witnessed the ebb and flow of produce trends over the past 55 years. It took kale almost 20 years to achieve its celebrity status, starting in 1996 with a poem in the Los Angeles Times called “Oh, Kale.” Turmeric is another “gradually, then suddenly” trend example. Frieda’s has been marketing fresh turmeric root since 2003, and only in the past year or so has it reached a tipping point as the next superfood, appearing everywhere from Google’s Food Trends Report to Parade Magazine.

Interestingly, back in 2013, Frieda’s declared it “the year of purple produce.” So, you might say we were a bit ahead of our time.

What are the reasons behind this produce-centric movement?

KC: Almost ten years ago, Michael Pollan told us to “Eat food. Not too much. Mostly plants.” Today we are finally heeding his call with veg-centric eating.

Here are three reasons for this focus:

Health benefits aside, we eat with our eyes first, and our eyes are attracted to vibrant colors. Food Instagrammers are using fresh, colorful fruits and vegetables in their compositions, because—let’s face it—produce is just prettier to look at than meat or grain. Brilliant purple sweet potatoes dotted with bright red pomegranate arils. A crudité plate featuring gorgeously-red beet hummus and a rainbow variety of radishes like Easter egg and purple ninja. In this social media world we live in now, one great photo can boost a trend.

We’re an image-conscious culture of instant gratification. Sure, we can preach about how eating more fruits and vegetables will make us live better longer. But honestly, we are not all eating healthy to extend our lives—we’re doing it for the now. When you eat well, you feel well. And when you feel better, you look better. So, we want to look good now, to feel good now. We’re going to eat fruits and vegetables now to look good in our selfies.

Just look at the recent report from NPD Group: Millennials and Gen Zs are driving growth in fruit and vegetable consumption. They probably do it because they are supposed to, but they also eat more veggies because they want to look good—whether in their swimsuits, or on Snapchat.

Speaking of eating well and feeling good, comfort food is still a popular trend although the focus has shifted to include more fruits and vegetables. Spiralized vegetables are replacing pasta for a lighter, yet still comforting, dish. Vegetable-loaded soups are more satisfying than sipping bone broth by itself. And more people are discovering that vegetables like hard squash, celery root, Sunchokes®, and sweet potatoes are hearty, comforting, and filling. 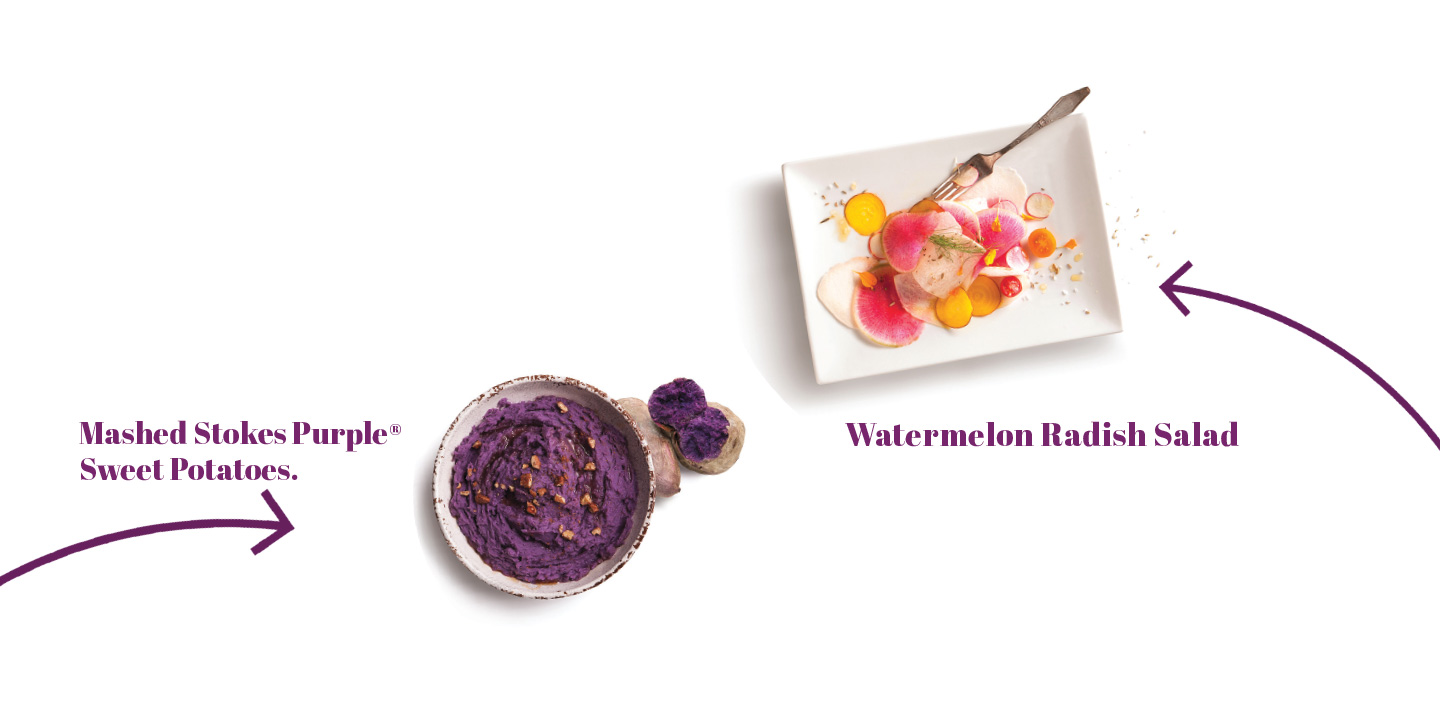 How do you keep your “ear to the ground” on produce trends and movements?

KC: Read, read, read! Everyone at our company is empowered to share what they notice. And it’s not always about ingredients. For example, we noticed the popularity of “bowls” as main dish meals a few years ago, and began to integrate this into our recipe development. Funny thing, though, anyone remember the fast casual restaurant Yoshinoya from 30 years ago? That’s probably when the “bowl” trend first started!

How can retailers and restaurateurs utilize this information?

KC: It really depends on the philosophy of the enterprise. If a retailer or restaurateur creates a culture that respects and appreciates innovation and creativity, then they can more easily utilize this information and make it actionable.

So, as we move through the next year with a focal point of fresh, keep your eyes towards the horizon.

And if you take a page from Karen’s book, be sure to set your sights a little farther.

THEIR WEBSITE
Since 1962, specialty produce wholesaler Frieda’s Inc. has been famously innovating unusual and exotic fruits and vegetables in supermarket produce departments.