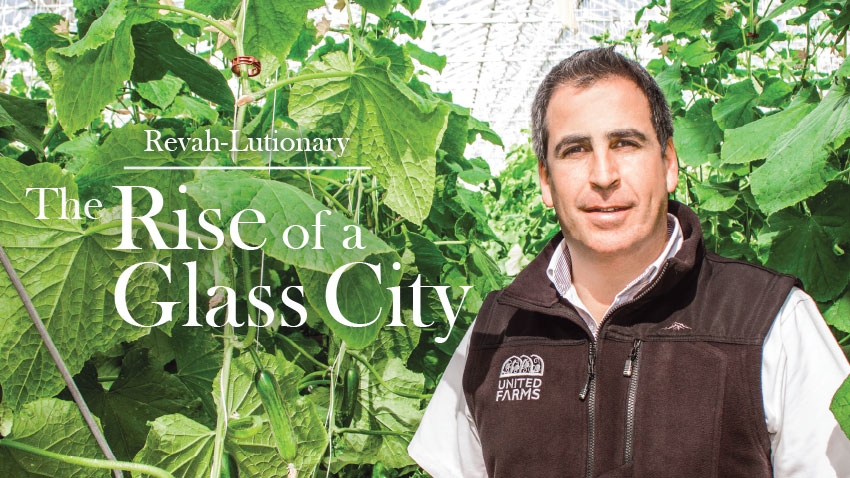 uerétaro, which I am quickly beginning to know as Mexico’s “city of glass,” may be one of the country’s smallest states, but also one of the more mighty forces in greenhouse innovation in Mexico.

Sitting amongst them and quickly climbing to the top is United Farms, which operates five different locations within the technologically-advanced Agropark.

“We are one part of the many different types of projects that operate independently,” Mauricio Revah, the company’s Chief Executive Officer/General Director, tells me, calling United Farms one of the larger of the 10 to 12 companies that make up the Agropark. And the company has an eye on growing even further, with 150 productive hectares of protected agriculture projected to be built by 2026 for the Energy Greenhouse Park, 15 of which should be built by 2017. 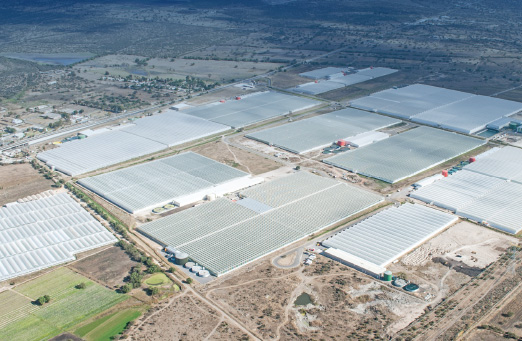 While the company is currently focused on tomatoes and cucumbers as its flagship products, Mauricio tells me that he and the team are eager to grow, with many other opportunities on the radar.

“We are certainly open to other options that we have not done yet, but we don’t currently have anything solid in the works. Some things we are looking into are organics and strawberries to see if we can develop those in the near future,” he shares, which piques my interest in what else the company might be zeroing in on.

Last February, United Farms was awarded 5th place amongst the top 100 growers in the world, only ten of which were nominated for the Tomato Inspiration Award for 2015 in the field of Crop & Process Technology. And with state-of-the art tech platforms that are well-known in the ever cutting-edge of the Agropark collective, it’s no wonder that Querétaro is said to be one of the highest tiers in glass house tech for Mexico.

“It is the people behind the collective,” Mauricio tells me when I ask how the area has come to be such a force to be reckoned with. “The background of the people here fuels our production. In order to be more complex and more integrated into the market, we need to expand on what we know. Experience from people with state and educational training, to those who have grown up working in ag, gives us more knowledge to be more innovative.” 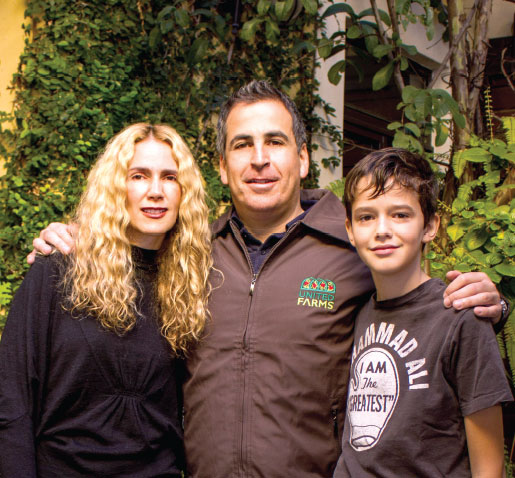 Mauricio himself has held the position of Chief Executive Officer since United Farms’ inception in 2007, bringing with him experience in assessments, operations, and in the design of agroparks and other greenhouse projects–with a focus on high-tech.

He offers not only an impressive portfolio in the glass city of Mexico, but also a mix of education from Cornell University, including a Bachelor’s in Economics and a Masters in Ag Economics.

“After Cornell, I started with a lettuce project and realized the overall challenge in ag was water,” he tells me, explaining how he set out to provide a more consistent source of the elixir of life, as well as electricity and gas.

“Mexico’s water operations are a complex process,” Mauricio continues, giving me a lesson in Mexico’s ag history that ended up with a need for farms to have their own wells. “The rules and regulations are not very transparent, making it a challenging situation for growers.” 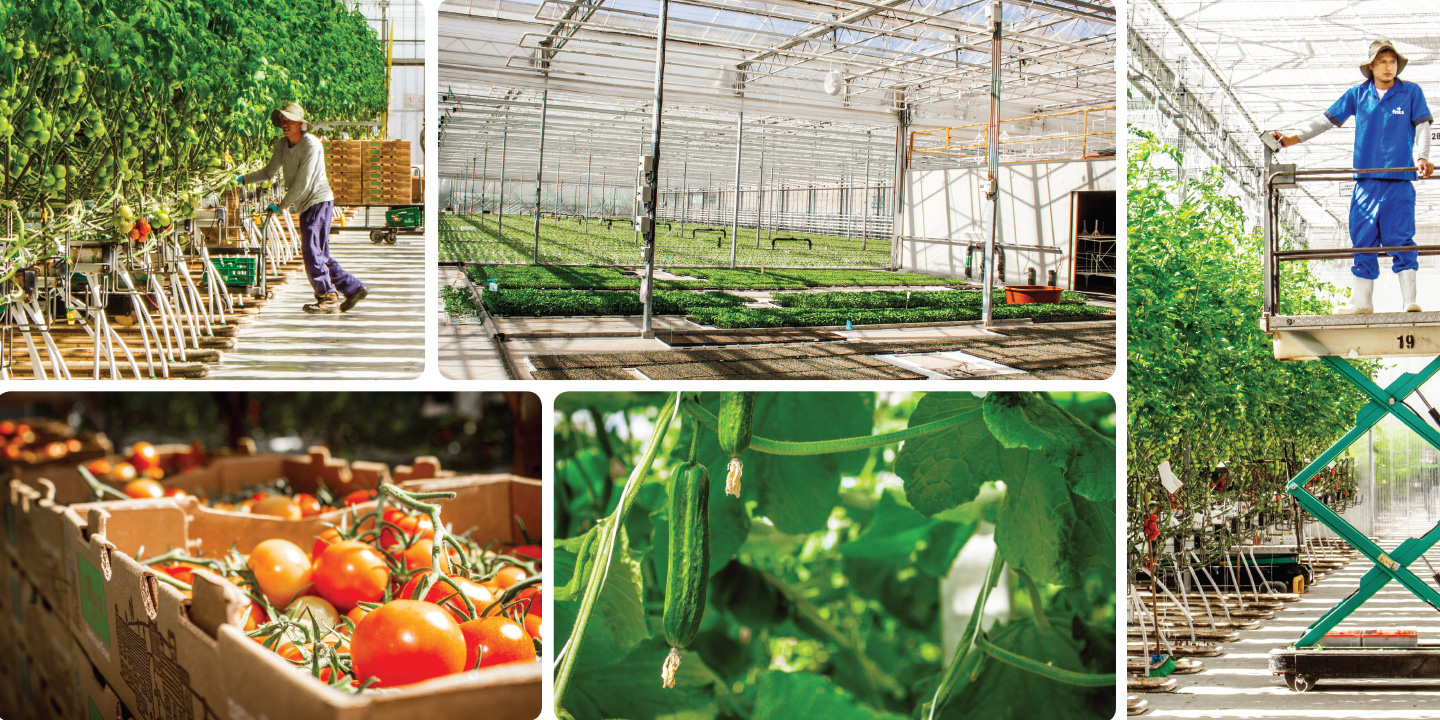 And so, with engineering knowledge and determination to better this situation for the country’s industry, Mauricio set out with a team and was able to make a structure that gave them more control in growing.

Tracking down the right materials to put the perfect formulas together turned out to be quite an undertaking, prompting the team to get creative. “We ended up having a contest to search for a piece of glass,” he laughs as he explains one part of finding the right pieces to the puzzle. The winner of that contest then became the “glass” in glass house growing, helping to develop the now Mexico powerhouse Agropark. 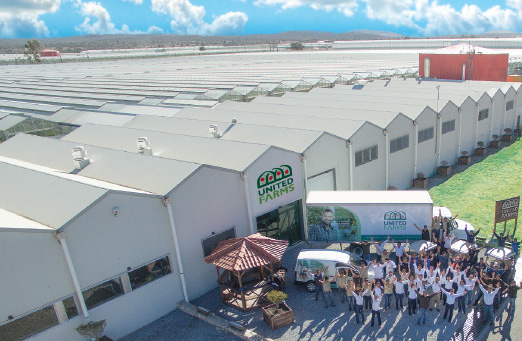 But if there is anything I have learned in this industry, the people matter just as much as the product, and a leader often comes with a strong foundation of teammates. Mauricio assures me that United Farms is no exception, but adds a little bit of extra Querétaro flavor to the mix.

Not only does the company celebrate birthdays at the end of every month, but the end of the year comes with a big close out for the company’s 1,300-plus workers. The executive assures me that this is a cannot-miss fiesta of music, food, and, of course, dancing.

“We need to do everything possible to keep workers interested,” Mauricio explains of the industry in general, calling labor a consistent challenge. “Here it is more available because those surrounding us come from an ag background, so they are accustomed to this kind of labor. We also offer better conditions than most field ag, like permanent employment, transportation, comparable salaries, social security–we for sure stay competitive with others in the industry.”

Experience from people with state and educational training, to those who have grown up working in ag, gives us more knowledge to be more innovative.

Is this why the region seems to be so blessed in providing one of the highest tech glass industries in Mexico? It’s one of them, he shares.

“We are one of the highest elevations in the region, with very favorable weather and the ability to have good production in winter,” Mauricio says.

But of course, it always comes back to culture. And that is something Mauricio tells me was key in crafting United Farms. 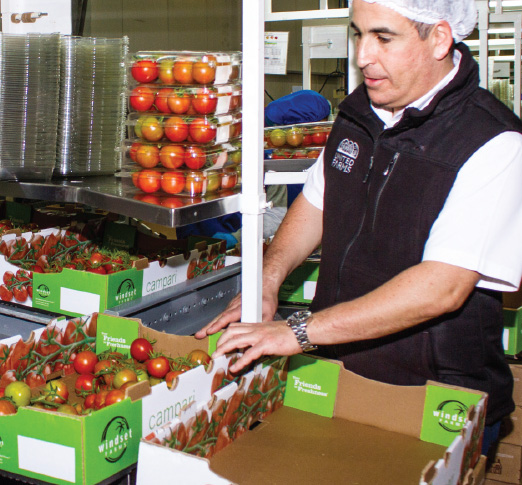 “We want to be different in things like organic, but if we have the wrong culture, greenhouse, or operation...we want to make sure we collaborate with another group of greenhouses,” he explains, calling Agropark and United Farms’ role more of a cooperative.

So, what is next for this ever-growing network?

“We are taking the experience of the last ten years to make the energy for a greenhouse park that generates electricity to conserve energy and use its own engine to produce in the greenhouse,” Mauricio shares, calling it an energy project similar to the construction of the Agropark.

On a broader scale, the greenhouse designer and leader says it is trying to learn and adapt to changes in the U.S.

“We are always looking to refine what’s going on down here,” he says, giving just enough for me to be curious of what else might be in store.

For the man who helped create a city of glass, what more can we expect?