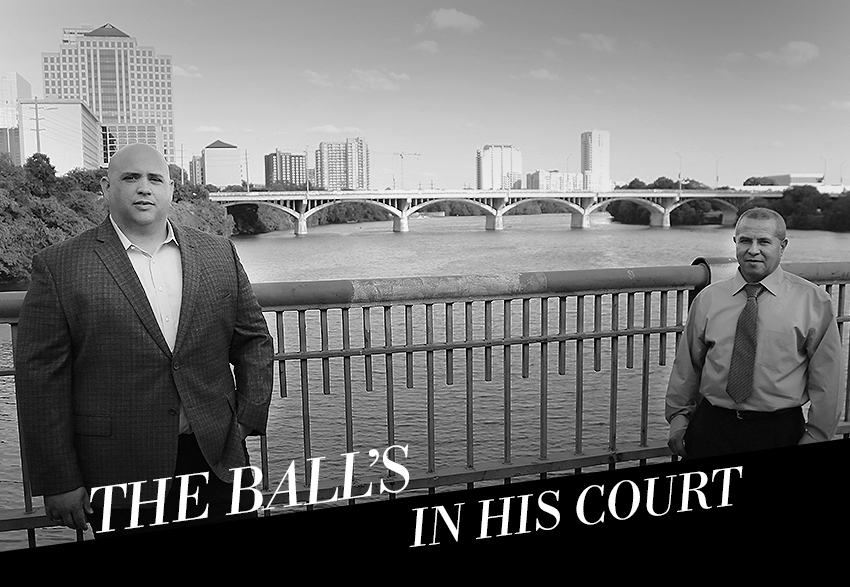 don’t want to sit around and react, I want to lead—I want to be the one creating the change. It’s about quality, freshness...and a little bit of the unexpected.” This is how the new Director of Produce and Floral for Balls Foods, Jonad Galan, introduces me to the modern update that he has brought to the retailer’s produce program.

Having just joined the Kansas City, Kansas-based retailer last summer in his first ever Director role, Jonad’s knack for bringing out-of-the-box ideas to the produce department is what inspires me to expect big things from a program just finding its stride.

“Evolution requires innovation and change,” Jonad declares with a conviction that makes you confident he knows exactly what this entails. “Balls Foods has always aimed to exceed its customer’s quality expectations and provide the freshest product, and we’ve increased our promotional activity to deliver great value. We want to amaze our customers through key sourcing and grower/vendor partnerships that allow for a ‘wow factor,’ such as Jet Fresh peaches and nectarines for Thanksgiving and Christmas holidays—both of which have never been seen in the Kansas City market before.” 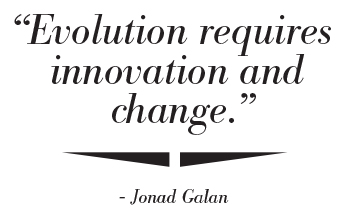 Taking the reins of a produce department for the first time, all eyes are now on Jonad and how he plans to revitalize the Balls Foods program. A fan himself of the near century-old retailer, Jonad’s plans don’t lay in a rebranding or expansion, but rather in fortifying the core of what the business does well, refreshing and remodeling current stores, retraining teammates, visiting all locations, and carefully reviewing that the team has all the tools to make them successful, one store at a time.

Jonad’s eagerness for this task is evident as we chat about his future plans for Balls Foods.

When I ask Jonad what about this industry makes him so passionate, he shares that as a produce professional, he has had an opportunity to directly impact a marketplace and the consumer eating experience.

“It brings me lots of joy to see our customers experience the sweetest grapes they have ever eaten, the freshest and crispest greens for their salads, a December peach that reminds them of summer and makes our guests want to bake a pie,” Jonad smiles and says. “My passion is simply delivering joy through produce.”

Jonad seems to have it all down to a science, or more specifically, the alphabet.  He shares with me that it circles back to the ABCs of his program: apples, berries, and cherries. These key segments help drive growth, impulse purchases, and cultivate loyalty with repeat shoppers. These categories also offer differentiation if you can access the right varieties, consistent quality, and vendor partners.

And one member of the produce team Jonad works particularly closely with to make these words a reality is right hand man Antonio “Tony” Albor. Tony is the Produce Merchandiser for Balls’ Hen House and Sun Fresh banners. With the company since 1993, Tony rose up the ranks from Produce Clerk, touching on roles with the salad bar, bulk food, and the floral department. Taking various management roles until 2012, he was then given the opportunity to shine as a Produce Specialist for all the Hen House and Sun Fresh stores. When I ask him what it’s like working with Jonad and the Balls Foods team, he quickly mentions the company’s deep commitment to the end consumer. 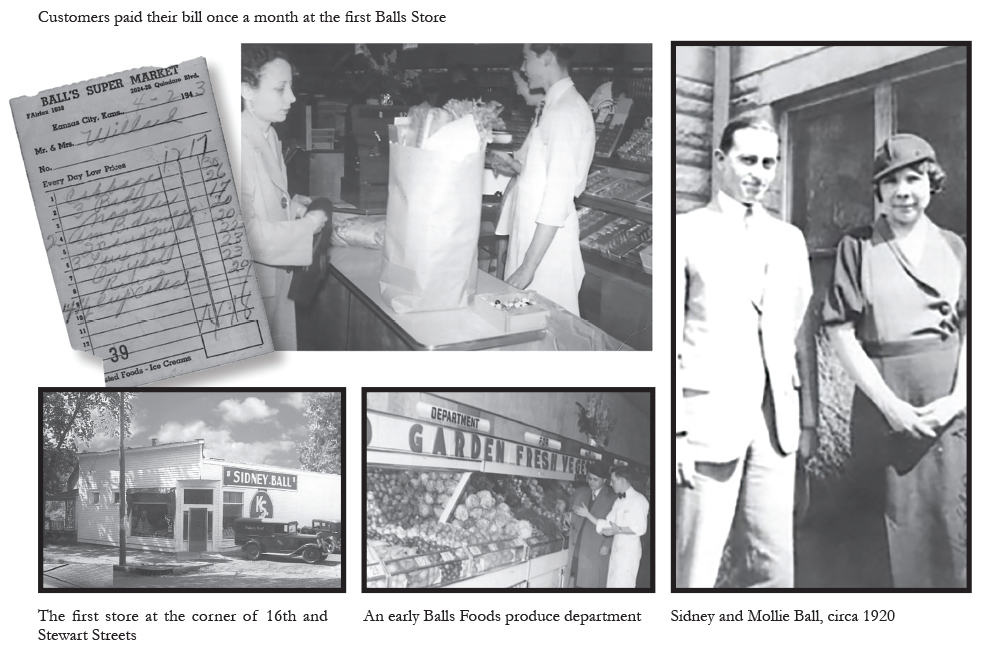 “I think what really sets the Balls Food’s produce program apart from others is the connection that we all have with the consumer. We have our Buy Fresh, Buy Local program, where we choose to sell local product because not only are we providing fresher products to our customers, but we’re also supporting local customers,” Tony says.

Along with Tony in Jonad’s premier produce family is Chris Franklin, Merchandiser for the Price Chopper banner and CJ Harle, the company’s Director of Produce Procurement and Distribution. Chris has been a teammate for 40 years as of this May, and CJ is a one of the key leaders in keeping Balls Foods at the forefront of the Kansas City marketplace, with a knack for acquiring high-quality, great tasting product at fair costs.

Established following World War I, and a survivor of The Great Depression, Balls Foods is a company familiar with beating the odds. Sidney and Mollie Ball, newly married in 1923, were able to scrape together $1,000 for a building on the corner of 16th and Stewart Streets in Kansas City, Kansas. This would become the foundation for a company that would eventually span four banners—Price Chopper, Hen House, Payless Discount Foods, and Sun Fresh—and 30-some-odd locations throughout the Kansas City area. Throughout the decades, the dynamic Ball duo, and later generations Fred and David Ball, were able to bring new innovations to the area’s retail landscape—things like cash and carry buying, large scale supermarkets, streamlined warehouse-style shopping, and its Buy Fresh, Buy Local produce program. 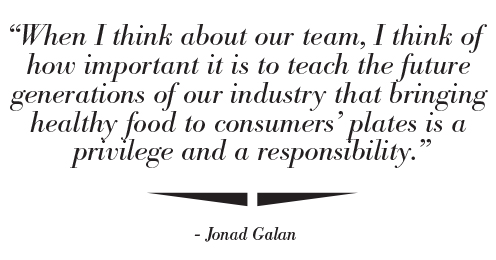 Just like that of the family that started Balls Foods, Jonad's story is filled with ambition. After immigrating from Cuba to South Florida in 1995, his career in the industry started in 1998 at Publix Supermarkets during his high school and university years. In 2005, a great opportunity presented itself with The Fresh Market as Jonad took on his first Produce Manager role. In this position, Jonad had the opportunity to become a Produce Certified Trainer, opening several new stores throughout the East Coast during some of the company’s fastest growth years. He was then promoted to Category Manager of Retail for the South East region, wrapping up his most recent role with The Fresh Market as the Category Manager of Procurement.

During his tenure at The Fresh Market, Jonad was able to work under two men who became his mentors during his produce journey. One was the much lauded Lee Arthur, the then Merchandising Vice President for Produce, Floral, Gift, Candy, Coffee, and Bulk, and the other was Art Beaudet, the retailer’s Senior Procurement Manager.

“Learning under Lee’s leadership was a lot of work,” Jonad laughs. “He is a very hands-on coach, and I was able to learn a lot about the strategic view of things. He knows this industry back and forth, and from him I learned to plan ahead and be proactive. This is where I learned I want to lead. Art, on the other hand, has an incredible memory and access to so much information. From him I really learned to pick up the mentality of what’s important—how to get the most valuable information during vendor meetings and conferences, and how to develop and grow business relationships. Working with that team was incredibly valuable.”

Under the guiding principles of these two mentors, Jonad learned an appreciation for spreading knowledge to the next generations of produce professionals. Balls Foods has a rich company culture that values each and every one of its staff. In fact, the company doesn’t even use the word employee, but instead ‘teammate,’ as a way to show appreciation for each and every cog and linchpin in the well-oiled machine.

“We call our people teammates, because without them we can’t have our support office; we can’t have anything. They are truly part of the team, and we wouldn’t be able to accomplish anything without the hands-on service our teammates provide in the stores,” Jonad explains. “I feel like I owe it to the future of the industry to work with everyone on a mentorship level. When I think about our team, I think of how important it is to teach the future generations of our industry that bringing healthy food to consumers’ plates is a privilege and a responsibility.”

And taking the Balls Foods team under his wing is no easy task. Working with four different banners is no doubt difficult, but Jonad is answering the call. In fact, one thing I love about Jonad is that he refers to his trusty truck as his office—meaning he’s always on the road traveling back and forth between store locations to make sure each teammate is well-trained, and both merchandise and market are tailored to meet shopper’s needs. 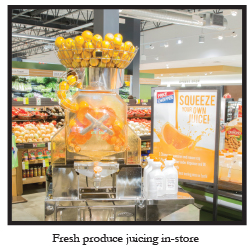 “During the past few months working together with the Produce Team and Merchandisers, I have gained local market knowledge of our customers, seen the reaction on promotions, and continue to learn the key triggers that get customers excited under the different retail formats,” Jonad shares with me. “We have also established spec differentiations between banners, what products go where, and proper merchandising to provide the best shopper experience.”

Jonad tells me the Balls Food Stores’ vision is “To be the best-run, friendliest supermarkets in town, where teammates are passionate about providing excellent customer service and where customers love to shop.” And that vision is lived daily, he assures. These words are not just letters on a paper or a frame hanging on the wall—they are embraced and practiced by the company’s highest leadership and results in the great experience found at each store.

“From my time here, I can gather that Balls Foods has been, and still is, heavily involved and invested in our community. We are innovators in programs to make produce more accessible to those customers that need it the most, pioneers of local agriculture back before it was a trend or movement, and now we are continuing that philosophy with ideas such as local kombucha on tap and creative store layouts that exceed customer expectations,” Jonad says. “These are all ways we are addressing functional aspects for efficiencies, and catering a positive, fair, and functional work environment for our teammates.”

Jonad is a prime example of the possibilities yet to come from this next generation of Produce Directors implementing their strong and fresh perspectives. And as he comes into the fold at this already pioneering retail family, there’s no doubt in my mind that big things are in store.

THEIR WEBSITE
Our vision to be the best run, friendliest supermarkets in town, where teammates are passionate about providing excellent customer service and where customers love to shop.