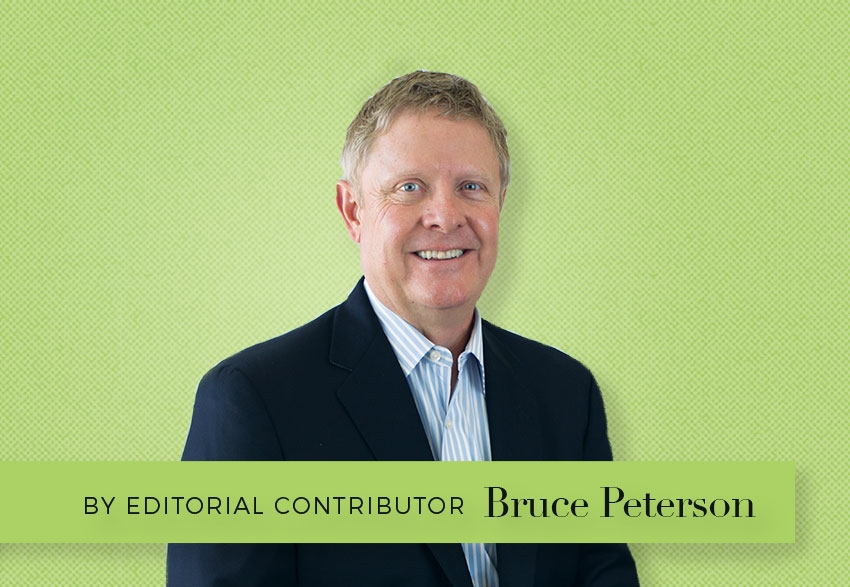 One thing you can always expect in this business is change, and the retail industry has seen it in spades. From the nature of relationships between the buyer and the supplier, to the diversification of the vendor landscape, I believe that a great way to understand and gain insight into today’s retail climate is by looking at its rapid evolution over the past ten, even twenty, years. Much has changed during my career, and I have seen both sides of the buyer-supplier relationship beginning with my 17 years at Walmart, through my role as the company’s Senior Vice President and GMM of Perishables, to my position as President and CEO of Naturipe Farms.

As a disclaimer, please understand that I am not bemoaning or criticizing the evolution of today’s produce roles; I am simply offering my observations in hopes that we can all understand and adapt to this next chapter of produce retail.

So, let’s dig in as I share some of my experiences in the changing retail arena today.

The produce business has gone from a privately-held, regional business, to a publicly-held industry.

This is the big overriding concept for me—the observation that supermarket retailing has changed from privately-held, regional companies to a national and/or international publicly-held business. The produce industry has always had a history of being comprised of family-owned, or at least privately-held, types of enterprises. The produce buyer has evolved primarily because of the way the structure of retail companies has been evolving. Much of this has occurred through mergers and acquisitions, IPOs, and in Walmart’s case, through organic growth. The demands that are put on a buyer today, and the responsibilities that the buyer is given, are different in many respects than the roles they may have held ten or twenty years ago.

The responsibilities of the produce buyer have changed.

The previous point brings us to my observation that the buying and selling dynamic for today’s produce buyer has changed immensely. At one time a produce buyer would not only negotiate price and quantity for goods, but they would establish the retail price for those goods, the location of those goods in the produce department, and decide how they were merchandised. They were as much merchants as they were buyers.

Walmart is a classic example of what has changed, but this is not limited to Walmart. Often, the person buying the goods isn’t the same person pricing the goods, or the same person that decides where they fit in the store modular or plan-o-gram. So, the buyer’s responsibilities, and what they are held accountable for, have been evolving. In essence, as a supplier, you may not be dealing with a single “partner” anymore in your transactions, but a group of specialized individuals.

Pedigree prioritized over experience, for a produce buyer, is emerging more and more.

Again, the key to addressing change is finding a way to adapt—and a large part of that is understanding the changes in how a buyer is brought into the fold. Clearly there has been an effort throughout most, but not all, of the publicly held retailers in the United States to appeal to a younger individual who is highly educated as opposed to training them from when they are “wet behind the ears.” Educational pedigree is a very important qualification in hiring today’s produce buyers, as is diversity in terms of gender and international exposure. For multinational companies like Walmart, we are seeing a very diverse group of people, which is wonderful, but what is sometimes being sacrificed is experience. At one time, having experience in the produce business was the number one criteria when you were hiring a buyer on the retail-side or a salesperson on the shipper-side of the business. Since experience is no longer the number one criteria for many large-scale retailers, we must develop and evolve our expectations to advance today’s relationships.

The art and romance of produce merchandising is changing into a numbers game for many.

Today, we have the most highly educated, diverse group of people I have ever seen managing the buying sector, but they cannot merchandise their way out of a paper bag.

I say this in good humor, but there is truth to the observation. Many of today’s buyers are making their decisions almost exclusively on numerics and not necessarily on what is the prime-time for a given item or a given variety to be merchandised front-and-center in the produce department. As a result, some of these smaller independent and regional operations are developing a niche for themselves. They can respond more quickly to varietal and seasonal changes and can pivot on a dime, which gives them a competitive advantage in the mind of the consumer. Many folks say that managing retail needs to be a combination of art and science, knowing the numbers in partnership with the art of merchandising to create a response to an understanding of consumer insights and how to influence behavior. I am still of that school of thought today.

In Part 1 we began to pull back the curtain on the changes occurring in today’s buying community. It is these types of changes in the role of the buyer, where the discussion will not only lead to the continued evolution and education of the produce buyer, but can lead to better ways to support the buyer-supplier relationship and redefine how we address today’s
retail dynamic.

As we move into Part 2 of this feature, I will discuss the advantages and benefits of mentorship in the rise of a produce buyer, how a story about Sam Walton helped me understand the importance of staying connected to the front lines, and the benefits of buyer-supplier collaboration. Till next time… 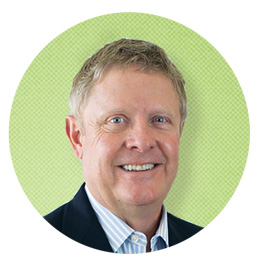 Bruce Peterson is the Founder and President of Peterson Insights, Inc., a consulting company specializing in helping fresh food companies successfully navigate through a wide variety of complex challenges. Bruce is a 45-year veteran of the produce industry and is best known for his role as Senior Vice President of Perishables for Walmart Stores, Inc. He joined Walmart as the Produce Director in 1991. During his 17-year career there, Bruce saw the company grow from six Supercenters to over 2,300; 117 Neighborhood Markets; and established 42 food distribution centers. He became Vice President of Produce/Floral in 1994, and in 1998 was made Senior Vice President of Perishables. In addition to his Merchandising and Procurement responsibilities, Bruce was the Chairman of the WalPac Advisory Group, which is Walmart’s Political Action Committee (P.A.C.). He actively represented Walmart in Washington and lobbied on a wide variety of agricultural issues. Bruce retired from Walmart in 2007 and later joined Naturipe Foods LLC as its President and CEO, where he applied his retail perspective and business acumen to a grower shipper organization. In 2011, he took the responsibility of CEO for Bland Farms, a position he held through 2012. Currently, Bruce is a guest lecturer at six major universities and speaks at a wide variety of industry events. He currently resides in Bentonville, Arkansas, with his wife Maggie.

THEIR WEBSITE
40 years in Supermarket industry, specializing in perishable food.