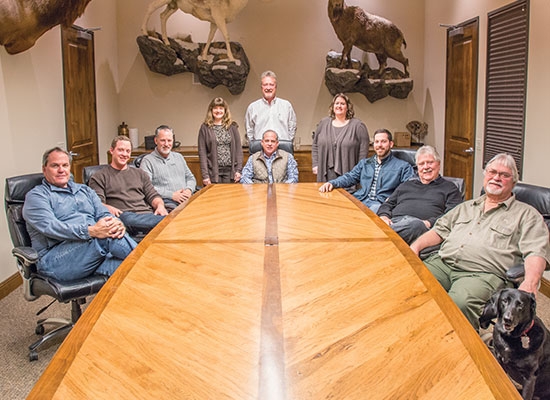 One of the greatest challenges of sitting down to write someone’s story is fitting the pieces together in a way that brings the vibrant, passionate picture together, hopefully lifting off the page and taking on a life of its own. In the case of Western Veg-Produce (WVP), the image is bright, fun, and is a cornucopia of people and produce.

Anyone who’s delved into puzzling knows to start with the edges. For WVP, these are a few key voices that represent its past, present, and future: Founder and CEO David Ollivier; his longtime Sales Leaders Dennis Slater; Roger Privett; and Ross Kirkorian; his son Grayson Ollivier; and third-generation strawberry grower Bobby Jones.

“We just started growing and doing different things, building and building up,” David tells me as he looks back to the beginnings of his Bakersfield, California-based operations. “I’d grown up in farming. My dad was an agricultural water engineer. I was driving tractors before I had a driver’s license.” 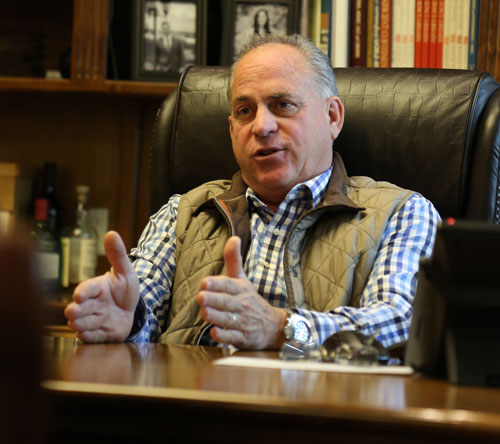 A string of serendipitous events and a strong entrepreneurial spirit found David calling a former sales associate, Bud Crow, about opening a branch of his business, Veg-Pro, on the West Coast.

“It’s been a lot of fun.” A grin spreads across David’s face as he takes me from his office to meet the sales team. Maps—new and seasoned—decorate the walls, and men—also new and seasoned—criss-cross each other, fluidly moving between razzing one another and making sales calls.

It’s clear immediately that every member is a core piece of the WVP puzzle, with Dennis, Roger, and Ross helping hold together their areas of the greater picture—each of their stories brings together how the diversity of Western Veg-Produce’s offerings came to be.

The first few times I interviewed David in my produce career, we talked carrots—the debut product of a portfolio that now spans 40-plus categories.

“We started out with just me, and then Dennis came on board,” David explains of those first days.

The business started in 1994 as a marketing arm for growers in Kern County, California, where Dennis began as, and remains today, WVP’s main carrot man.

“Carrots have been my specialty for the last 35 years or so,” Dennis recalls. “I went to work at Kern Ridge in 1984; I was just a child with no clue what I was getting into. But this has been a great deal to get into and joining this team came at just the right time.”

Since then, the company has grown into a large network of growers and strategic partnerships across North America.

“About 20 years ago, we started in a small strawberry deal and, as we kept growing out, Ross came on board,” David tells me.

Ross had moved back to Bakersfield from New York City in 2001. He’d always known David, who asked upon his return if he was interested in joining the group to start promoting table grapes. 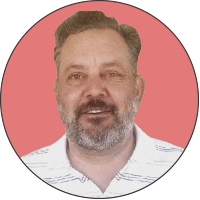 “I have been with Western Veg for over 15 years, and the rest is history,” Ross shares. “My background has been in table grapes since I was a young boy. My family owned a full table grape operation, El Rancho farms in Arvin, California, and we have been marketing my family’s grapes along with a few others since I joined. I really understand the field-level and know how packing schedules will go, along with being able to size up a crop. That experience and knowledge of all the other growers in the industry is a big help. I have a lot of friends who grew up doing the same thing—it is hard at times to deal with friends. You don’t always get what you want in this industry. But it can be a lot of fun.”

Ross shares that he in turn has learned a lot being a part of the Western Veg-Produce team.

“We all get along very well and have been together for some time,” he says. “Everybody here has a certain specialty item that they concentrate on and everybody helps each other if need be. WVP does everything from strawberries and grapes to carrots, vegetables, turnips, onions...we even have a vegetable/fruit juice specialist.”

While this category has been on Western Veg-Produce’s books since the beginning, a recent deal made strawberries one of the company’s most prominent offerings almost overnight.

“This last year we took on a big program and we went from about 150 acres of strawberries to upward of 1,500. So, we went from 1 million to 10 million-plus boxes, which was really something,” Roger explains. He has been with the company from the beginning, always in strawberries, which means his job has gotten a bit busier in the past several months. “It’s exciting; it has evolved to establishing relationships with all the big strawberry buyers, and now we are in about every single state as far as our reach.”

“There is so much to this that you can come in and think you know, but there’s always something new to learn.”

“I was born a third-generation strawberry farmer, and I’m growing the strawberries Western Veg-Produce is marketing.” Bobby Jones says it simply, but the fact is he is part of a legacy. “My grandfather’s ranch is where the first strawberry was planted in Ventura County, California.”

The Jones family founded the vintage berry label Bobalu, a representation of two pioneers in California berry growing and the pinnacle of that familial spark David and his team seem drawn to.

“My grandmother started in floral school with her sister and met this roughneck cowboy she ended up marrying. When she got pregnant at 40 years old she retired and loaned this crazy cowboy husband of hers the money to start farming with the proceeds from her flower shop. Hence the name Bobalu, for Bob and Lupe,” Bobby shares with me.

The Bobalu brand was first boxed in 1962 and went on strong until 1994. Now, Western Veg-Produce is bringing the Bobalu label back with its reputation, its flavor, and its history.

“The Jones family has done an unbelievable job growing berries. The old produce guys will tell you, ‘I can sell it once; I can sell it twice; the grower sells it the third time.’ They’ve always grown consistently, and the quality has been fantastic, so it makes our job easier,” David shares.

But, with volume booming, it also meant that it was time to bring all hands on deck. 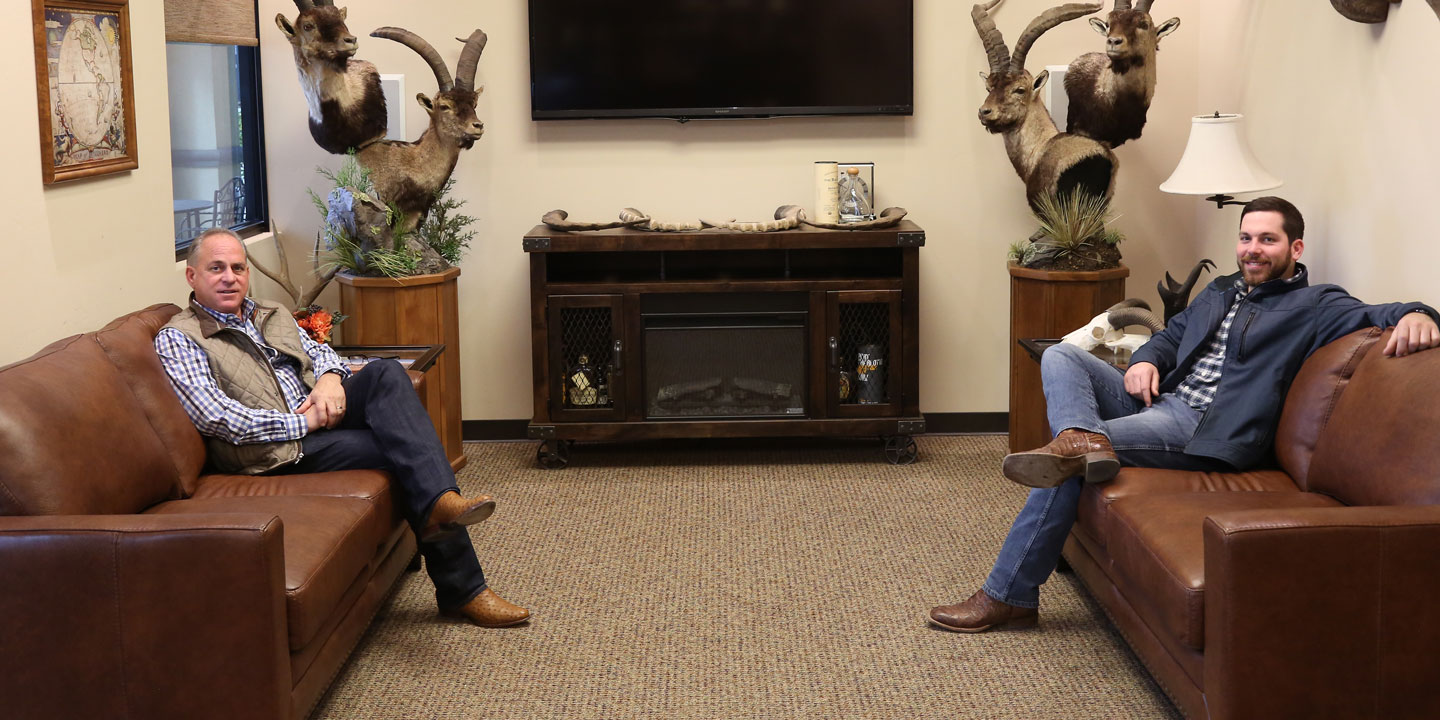 “Grayson’s been here for almost a year now, and he’s really been working hard,” David says.

Grayson previously worked with a separate business David and his brother inherited from their father, so he was familiar with produce in the way that you’re familiar with a hobby your parents bring home often. 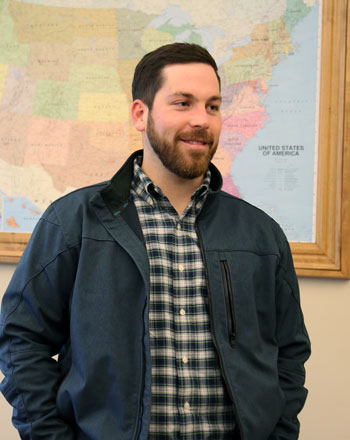 “There is so much to this that you can come in and think you know, but there’s always something new to learn. From the customer-side to everything it takes to get the product from A to B, learning all that has been pretty fun,” Grayson tells me. “It’s got its ups and downs, but it’s different every day. And it’s nice to not just work with these guys but to be friends with them.”

Truly, it seems Grayson and the entire team has peers and mentors in each other. And of course there is his dad, who Grayson says gives him every opportunity to learn more. When I ask what he feels he has learned from David that no one else could have taught him, Grayson’s answer reflects a philosophy that can be seen in all of David’s business decisions.

“Sometimes your first idea on how to do something isn’t necessarily the right way to do it. Everything the company has gone through just in the time I’ve been here...there have been so many changes. That’s something I’m learning in produce is that everything changes. So, how important it is to wait before you react is probably the biggest takeaway I’ve learned so far,” Grayson answers.

“We’ve raised our kids while doing this, and now they’re coming into the industry. And then we act like a family here
as we grow.”

Weather changes, David sums up, adding that it’s all part of the fun.

“I love it, the lows can’t be lower and the highs can’t be higher, and that’s produce,” he says simply.

Truth be told, I saw I was missing a big piece of the puzzle, and when David told me what it was, I felt like it had stared me in the face through all these conversations. When I ask him what the common tendril is between the many categories Western Veg-Produce has picked up over the years, and even in the variety of businesses David himself has taken on, it’s a simple, but strong, common factor.

“I just love working with my family,” he shares.

Roger echoes this, sharing with me that he has passed his fervor for the business on to his own son. 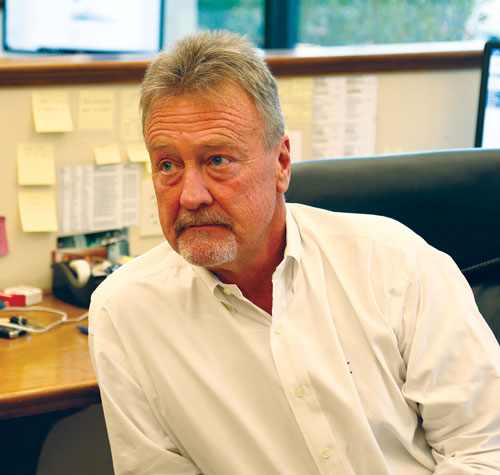 “We’ve raised our kids while doing this, and now they’re coming into the industry,” Roger shares, before hitting yet another nail on the head. “And then we act like a family here as we grow.”

The term family is a flexible one. It can be seen in the sales office banter, in how they know each other’s stories, and in how they learn from one another.

“We have, as you can see, a very mature salesforce,” Roger says amidst the jokes and life lessons going on around us. “We’re very well-seasoned, but we have got the young guys, too. It’s a good vibe.”

Grayson echoes this. “It’s great to get to a place where everyone is so close; everyone here is a part of the family.”

A premium strawberry brand, 400 percent category growth over 25 years, and a team that’s more like family—what could the future hold for this company on the rise? According to David and Grayson, it’s solidifying relationships and fine-tuning the path they’ve carved out.

From what I saw behind the scenes, whatever bumps that path serves will be taken by this team with a joke and refusal to take ‘no’ for an answer.