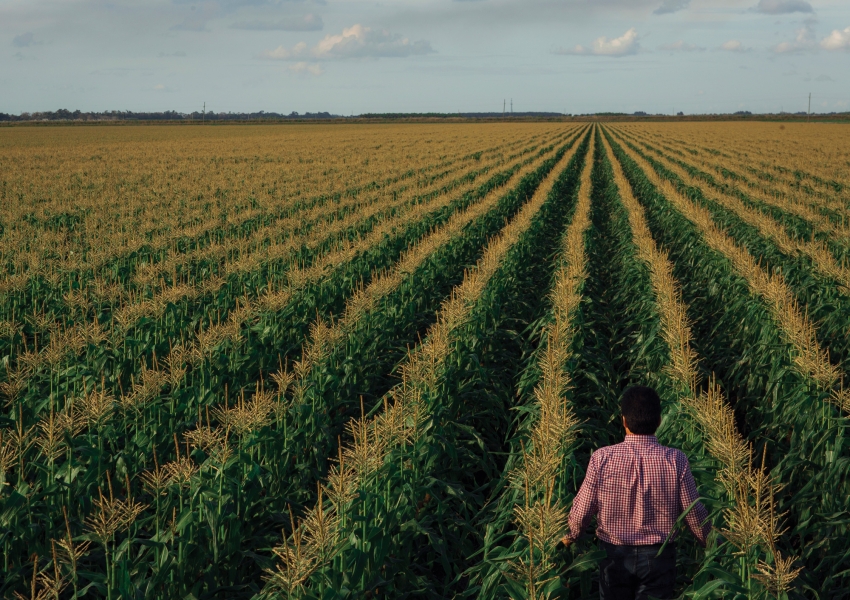 Just before sunset, Vice President of Eastern Operations Jessie Garza walks through one of Duda Farm Fresh Foods’ cornfields in Belle Glade, Florida—a region that sits just south of Lake Okeechobee, in the rich, deep black-brown earth for which the state is known. Call it “muck” if you’d like; Jessie will take it by the handful. He stops to talk to a team member while pulling back the husks on Duda’s Super Sweet Corn. You can tell that Jessie feels at home here—a quiet rustling and open sky sweeping out towards the horizon.

“The best fertilizers on a farm are the footprints embedded in the soil.” As a steward of the land, this is more than just the mindset and principle with which Jessie approaches his work each day. For him, this means to be present—and also as grounded and committed to the land as he is to his vision. It is that continued vision he has for the future of Duda—encompassing the passion, culture, growing model, and inspiration for ingenuity—that has already helped the company thrive. 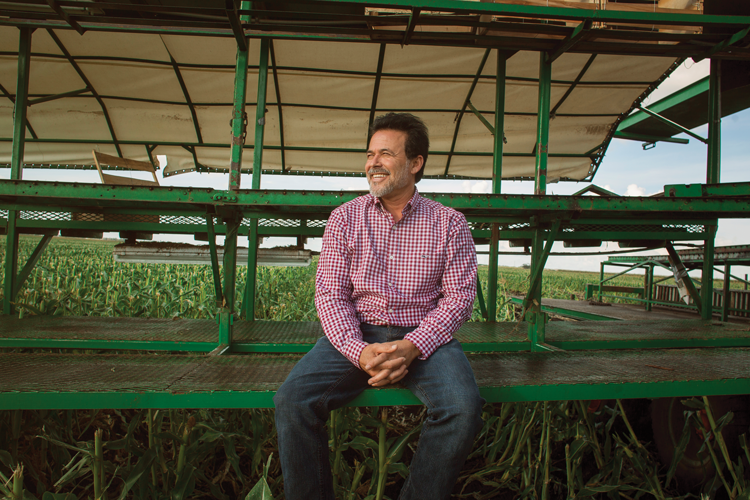 But, inside the calm cool that Jessie exudes is a mind in constant contemplation of what Duda’s future can hold, and part of that vision is being cultivated there, right where he plants his footprints.

“Our plan is to grow with the needs of our customers and build those relationships we value most, and part of achieving that is by keeping our finger on the pulse of the changing consumer environment,” Jessie tells me. “One of the major goals for Duda Farm Fresh Foods is to increase our ability to respond to consumer desires for locally and regionally grown produce. Duda Farm Fresh Foods has its sights set on leading the market with the freshest, most widely available celery in the country, and we are already responsible for a third of the celery consumed in the United States. So, this is more than a great jumping off point.”

Already flourishing on the celery front, what does this next step in Duda’s growth model look like? While the company has been growing corn since the early 70s, Duda is evolving its Super Sweet Corn program into a value-added, tray-packed corn operation to accompany its bulk offerings.

“Our plan is to grow with the needs of our customers and build those relationships we value most, and part of achieving that is by keeping our finger on the pulse of the changing consumer environment.”

“Duda Farm Fresh Foods has long been a pioneer in fresh produce, and this recent evolution of our corn program aligns with those pioneering efforts and goals,” Jessie reflects. “We recognize that some recent corn varieties have posed a challenge to consumers as they are concerned about GMO products and also appreciate convenience when trying to include more fresh produce into their lifestyles. At Duda, we choose not to use any type of genetically modified seed or crop to grow our corn.”

As the always-king of celery, Duda also recently invested in research to add four more patents to its celery varietals. To build upon unmatched celery leadership, Duda looks forward to continuing the necessary research to ensure its products are more flavorful and appealing to consumers.

With a new wave of consumer demands, and as an extension of Duda’s commitment to delivering high-quality products, the decision to elevate its offerings by bringing the value-added element to its year-round Super Sweet Corn product line, made absolute sense. 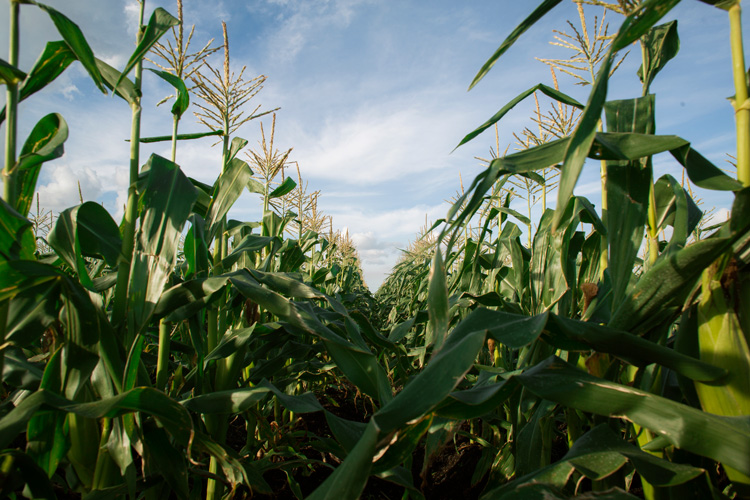 “In addition, the product comes pre-shucked and ready-to-eat in the industry’s first 100 percent recyclable trays for value-added corn,” Jessie tells me. “The trays hold the corn in place better during transit as well, decreasing the likelihood that the product will be damaged during transportation.”

Overall, the product cuts down on prep time, and offers that convenient solution consumers are looking for—an added bonus and another extension of Duda’s commitment to the relevancy of today’s consumer needs.

“We are always aspiring to build a program that consistently brings more value to our customers. In this way, increased production outside of Florida in our other growing regions, simply complements the vegetable supply coming from Belle Glade and is now an essential part of Duda Farm Fresh Foods’ East Coast program,” Jessie adds.

During growing seasons outside of Belle Glade—the main hub of Duda’s East Coast program—the company sends teams out of state to Michigan and Georgia to support programs that include food safety, forecasting and projections, harvesting logistics, production, quality assurance, and quality control for its grower partners—a nice warm blanket to further comfort those companies that Duda has welcomed into the fold. These partnerships outside of Florida, along the eastern half of the United States, allow Duda to harvest vegetables year-round, providing a consistent supply for consumers. 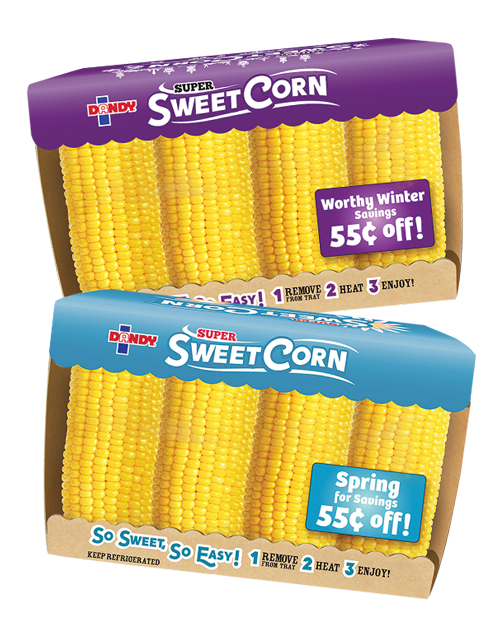 “Our Eastern program is extremely diversified and consists of locally-grown products, which ultimately results in transportation savings,” Jessie shares, connecting the dots of Duda’s elaborate network of resources. “To support our corn program, we are offering romaine hearts grown on the East Coast. Romaine hearts are a typical western veg item so this is another way we differentiate during the season. We grow and market a full line of leaf items on the East Coast as well, including green, red, and butter lettuces, as well as endive, escarole, and romaine, in addition to romaine hearts.”

“All I know is, it runs through my veins,” he tells me. “The people involved in the farm industry are very humble, from the farm worker all the way to the owners of large corporations. Duda has that gravity and our values align.”

When Jessie says that the industry is in his veins, he means it, having spent much of his adult life walking the fields with Duda. Jessie joined the company’s Florida operations right after graduating from Glades Central High School in Belle Glade. In October of 1984, he became a Grab Loader operator in the Sugar Cane Department, and by January 1985 he had moved into Duda’s Quality Control Department. Jump ahead to February of 2003, and he had moved deeper into the fields, joining the company’s Harvesting division. By July of 2011, Jessie became the General Manager, and in September of 2016, he was promoted to the Vice President of Eastern Operations. 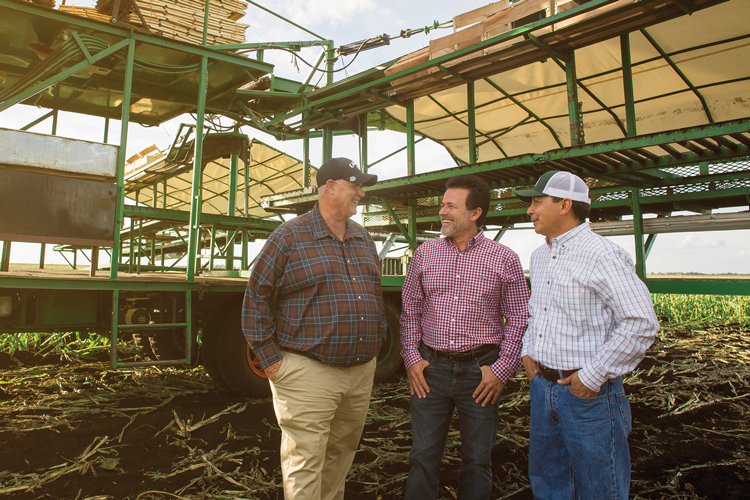 It was Jessie’s commitment to people and his love of the land that truly helped him excel.

“Treat people as you want to be treated. I know it is simple, but not everyone lives by these values,” Jessie expresses. “We were given one mouth and two ears for a reason—to listen twice as much as we speak. I think our relationships have changed and what is missing is that listening factor—truly understanding the complexity of personal dynamics and just taking it all in.”

One of Jessie’s favorite quotes is from Mother Theresa, which goes a little something like, “We ourselves feel that what we are doing is just a drop in the ocean. But, the ocean would be less because of that missing drop.”

I imagine Jessie might stand on that parcel in Belle Glade and recognize each tiny kernel of corn, on the cob, in a husk, in a field, in an operation—and recognize each small contribution. If that does not make a good leader, I don’t know what does.