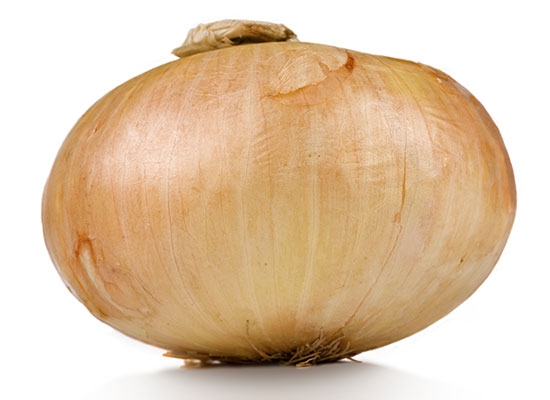 “All sweet onions are not Vidalias,” Bob Stafford tells me with pride, “but all Vidalias are sweet onions.” For Bob, these words are more than a strong note of distinction—they are words to live by.

For those who know Vidalias, an onion has never been just an onion.

The Vidalia onion today has won over many across North America and has since abandoned its reputation as being just a “southern thing”—which Bob says is all thanks to the committee’s new partnership with marketing firm Porter Novelli.

“Collaboration is key when it comes to staying current with trends and movements in today’s industry. Right now, the big word you hear is ‘millennials’—I wonder if I even know what a millennial is; it’s been twisted around so much,” Bob jokes. “But right now, I think millennials are people who don’t know as much about the Vidalia onion as they should. So, we’re making sure we’re meeting those people and working with the right firm that knows what we have to do to familiarize all consumers with our onions.” 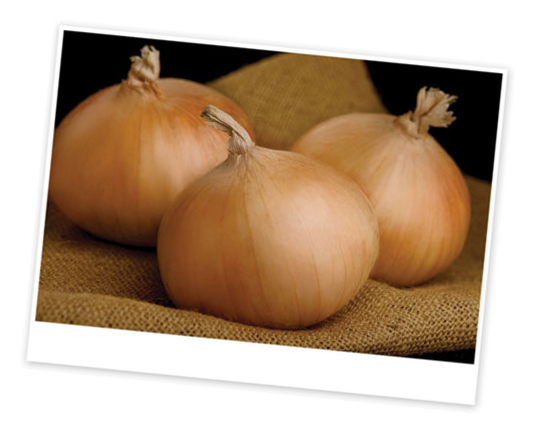 Despite having only worked with Porter Novelli for a year now, 2017 was still a fruitful one for the committee and the onion.

“This past year, through the marketing order and our marketing firm, we have increased our share of the sweet onion category,” Bob tells me of the committee’s recent achievements. “We’ve cranked up our new logo to give it a more modern look and we now use the phrase, ‘Only Vidalia,’ over an image of an onion, and it looks really good.”

After 2017’s success, the committee’s vision moving forward remains concentrated on its efforts to boost the Vidalia’s consistency as the top in flavor, appearance, and shelf-life. However, Bob points out, retailers nowadays have access to many different products, which is making it harder for suppliers to satisfy retailers. But, with ‘different’ in its roots, and years of experience under the Vidalias’ belt, Bob also assures me the committee is gaining ground in 2018 and looking to further differentiate within the sweet onion category.

“I’d  like to say we’ve got the best onion out there, no doubt about it, but there’s a lot of competition, which has helped keep us on our toes. Our goal for 2018, and the next five to ten years for that matter, is to keep producing the best sweet onion. Over time, it’s important to keep working with our onions to make sure the taste continues to excel. Through our research and development program, in tandem with the University of Georgia at the Vidalia Onion and Vegetable Research Center, we have continually improved our varieties, and we’re always getting feedback from consumers through our buyers. We know the taste we want, as does our taste panel with the University of Georgia, and we’re now trying to hone in on that taste while also positively impacting the shelf-life. Some onions will stay on the shelf for a long time, but they won’t have the same flavor over that time. We want an onion that will stay on the shelf and still have the mild flavor that makes it a Vidalia,” Bob tells me.

"I’d like to say we’ve got the best onion out there, no doubt about it, but there’s a lot of competition, which has helped keep us on our toes."

And its flavor is truly what separates the Vidalia from the other onions in the barrel. While many around the world have attempted to recreate the iconically sweet, juicy taste, Bob confides that sweet onions grow the best in Georgian soil. The low sulfur content, as well as the right climate and rainfall, just produces a sweeter onion.

“The Vidalia onion is a favorite because of the flavor,” Bob tells me. “Its name is well-known and highly respected, and, according to our studies, is considered America’s favorite sweet onion. At the end of the day, when consumers buy our Vidalias, take them home, remove the label, and all they’ve got is an onion on their plate—that’s when the truth sets in: this is a good-flavored onion.”

With a better tasting, stronger onion always in the works, I ask Bob what we can expect in the Vidalia Onion Committee’s future. 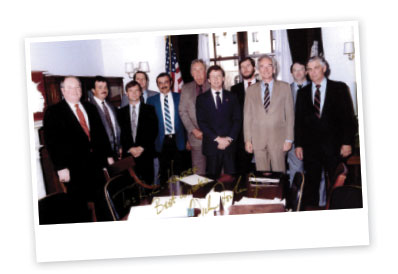 “Come spring, you’re going to see something more exciting in the Vidalia onion and sweet onion industry overall—more than you have in some time. We challenged our marketing firm to come up with some new things to catch the eye, and we’re convinced that it’s going to be great,” Bob says mysteriously.

There’s a lot to be proud of when talking about this famous, barbecue-friendly treat, and Bob’s own history and journey with Vidalias began thanks to this reputation in the world of fresh produce. Bob first kicked off his produce industry career with the USDA, where he spent 34 years as a fruit and vegetable inspector. In retirement, Bob one day received a call from an old friend—Shirley Manchester—who Bob had previously worked with on the Avocado and Lime Committee—asking for help with the Vidalia Onion Committee’s compliance plan and labeling.

“I came into the Vidalia onion industry back in 1994,” Bob shares with me. “I liked that it was a trademarked product and I liked that they had something going for them. When I received the call from Shirley, I figured I would come over here for a couple of weeks, and that would be that. But then I met some of the best growers I’ve ever dealt with. I liked them, and they liked me. I did a little work for them, and the next year they asked me to do twice as much. 24 years later, I’m still here doing what I can for the Vidalia onion trademark.”

The Vidalia legacy began less than a hundred years ago when farmers in South Georgia unknowingly planted sweet onions and sold them at local farmers markets in the area. Immediately, word started to spread; people requested their relatives bring the sweet onions when they visited, and corporations handed out the unique produce as gifts to clients. Amidst all the hullabaloo, grocery store chain Piggly Wiggly, also headquartered in Vidalia, Georgia, recognized the potential of the sweet produce and helped farmers from the region get their onions from the fields to store shelves. With local and national support booming, there was nowhere but up for the onions to go. By 1977, Vidalias had their own annual festival in Glennville and Vidalia, Georgia, and in 1990 Vidalia onions became the Official State Vegetable of Georgia. 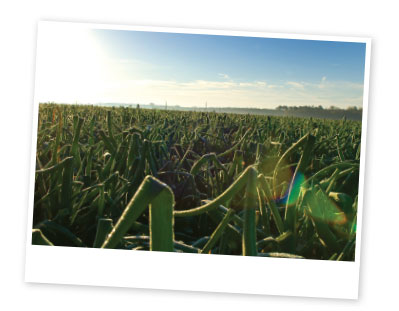 The eight-member Vidalia Onion Committee grew out of a need to unite and legally protect Vidalia onion farmers, the crop, and its name. Under Federal Marketing Order No. 955, established in 1989 to stipulate how and where the crop can be grown and sold, the committee helps reinforce Georgia state laws and the Vidalia trademark, as well as authorizes production and marketing research, development, marketing promotion programs, and grower funding.

“We, the committee, support growers,” Bob assures me. “We do research and promotions specifically for their benefit. The marketing order is how we determine that we are spending money wisely. We also work with the USDA, and every five years they expect us to do a fair study to see if the marketing order is working for the growers. We’re in the process of getting another fair study out by June.”

As part of its dedication to the growers and their wellbeing, the Vidalia Onion Committee is focused on keeping the Vidalia onion a front-runner. With such a storied history and a steadfast presence in the onion category, the committee’s fearlessness in evolving with the industry while maintaining the Vidalia legacy is a balancing act that continues to keep Vidalias Vidalias.

With new things coming soon, that the committee can’t wait for retailers and consumers to bite into, you heard it here first: the future is sweet for Vidalia onions.