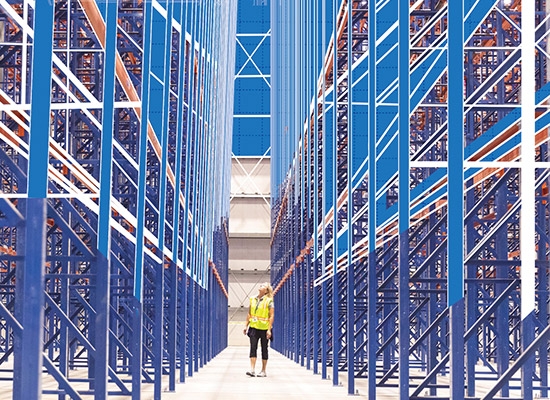 Life is what happens while we are busy making other plans. In the case of Chelan Fresh, life came in the form of a fire.

“With great loss comes great beginnings,” Dale Davis, Director of Special Projects for Chelan Fruit, says as we look back on a sad blow that began a new generation of technology and operations for the treefruit cooperative.

“On Friday, August 14, 2015, at approximately 9:00 a.m., there was a lightning strike to the south side of our Plant 1. The fire it created traveled to the west, towards the city of Chelan, Washington, and directly in line with a school and residential district,” he recalls in detail for me—a terrible day in the grower cooperative’s recent history. “By late morning, several borate bomber planes were flying over the town, saving the school, residences, and business. Around 2:00 p.m., the winds shifted and brought the fire back to our Chelan Fruit facility Plant 1.”

Several hours later, the building was fully engulfed. It’s a pain we are too familiar with in the west, which touches all aspects of our industry and beyond. But the tragedy united two buildings that previously stood separately and became the start of a new story for Chelan Fresh—one of strength and rebuilding. 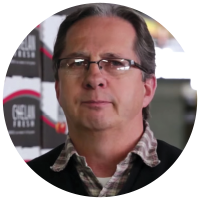 "We are poised for the future just as the same growers were nearly 100 years ago.”

“When you look at the positive side of the tragedy, the right facility burned—it was the oldest and had the most issues from a building, mechanical, and operational standpoint,” Dale shares. “Immediately, we started excavating both above and below ground in preparation for building back an entirely new facility that would replace the same processing volume we lost. We knew we were building the future of Chelan Fruit Co-Operative.”

Life may have happened in a way that drastically changed Chelan Fruit Co-Operative plans, but a hop, skip, and a jump over at Borton Fruit, partner grower at the Chelan Fresh sales desk, a similar construction stands for the future. This one, Director of Business Development Eric Borton tells me, is a long-awaited realization.

“Borton Fruit is a fourth-generation family business that has been farming since 1912. The new Borton Packing Center has been a huge investment not only in terms of a cap-ex cost, but it marks a distinctive evolution for our company,” he explains. “Every detail of this facility has been planned for a purpose and in a manner to achieve maximum efficiency, quality, and output. The new facility is an investment that will pay dividends for our company for generations to come. It provides a platform for continued growth and equips Borton Fruit with entirely new capabilities and cutting-edge technology for the production and storage side of our business. It is a state-of-the-art showcase facility and, in addition to our quality horticultural focus, it is a cornerstone for the success of our company going forward.” 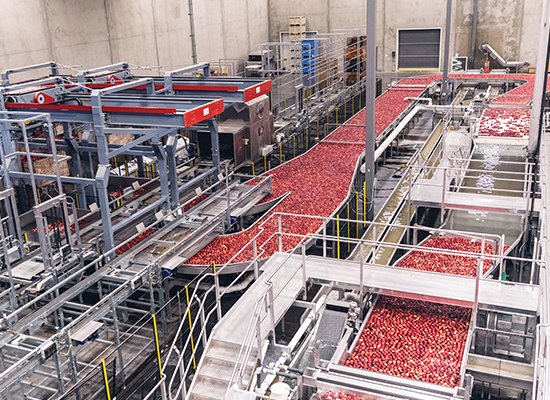 These two companies’ buildings stand apart as separate operations within the Chelan Fresh organization, but with a common purpose: to enhance and expand the treefruit industry with cutting-edge technology and resources. The investment by these two partner firms, they explain to me, equips Chelan Fresh with industry-leading facilities and the ability to meet customers’ ever-changing needs and requirements at the highest level.

“This Borton facility has been thought out and designed very carefully. Our goal was to build a facility where we could consolidate all of the company’s production operations to one site that could not only handle our current needs, but also be set up for our growth on a 50-plus year timeline. The objective was to design a space that handled our total production capacity and, at the same time, achieve maximum efficiency for our business,” Eric tells me.

In addition, he explains that with both labor and input costs continuously rising, it’s essential that Borton implement more automation and technology into its production ecosystem.

“Technology has advanced to a state where we can achieve these goals in virtually every aspect of the production process. This facility is a culmination of several years of research and development and planning to achieve what we feel is a next-generation facility in the treefruit industry,” he continues.

When I ask about the importance of moves like these, Dale explains the necessity of resources and strengthening both companies’ capabilities as partners to each other and to retailers. 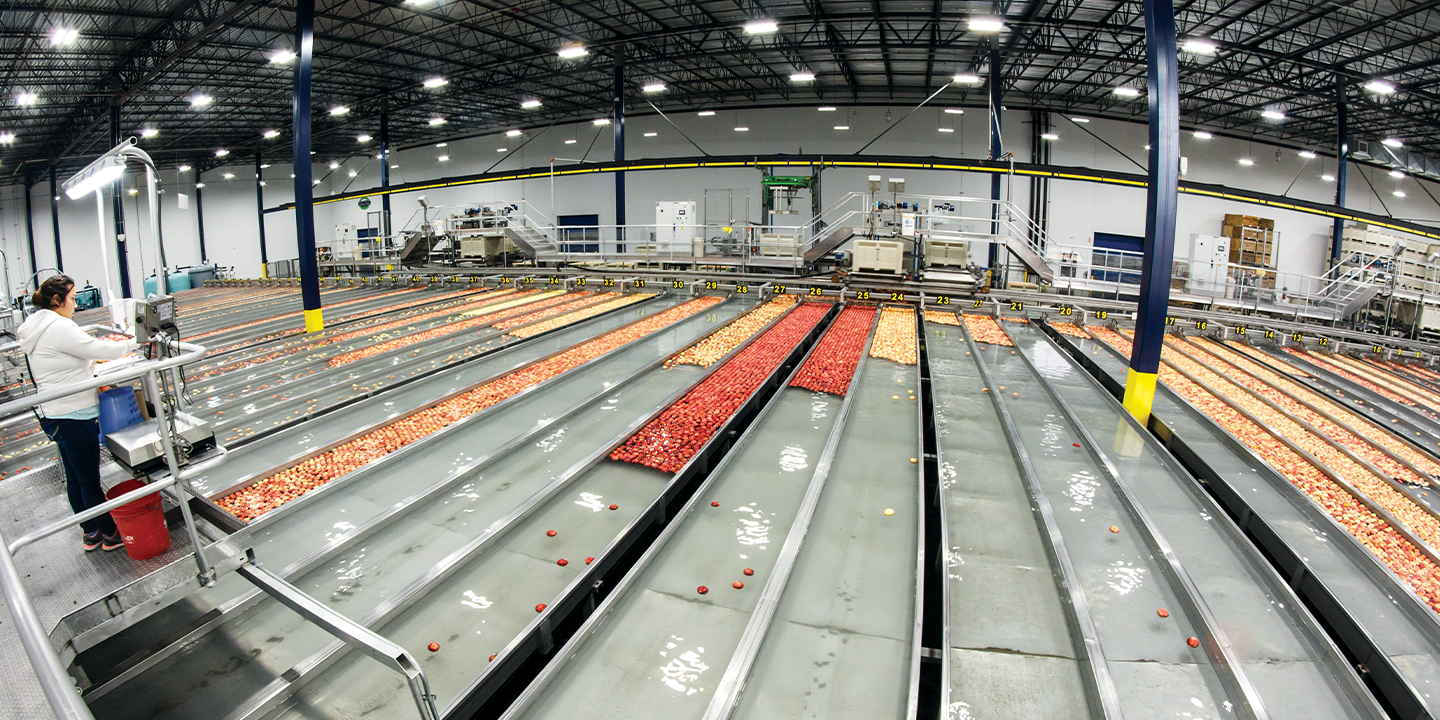 “We are a large supplier to most of the major retailers and club stores. Large retailers are targets of consumers for litigation reasons. These retailers require that their supply will be consistent, on time, and meet federal food safety regulations. To do that, you must have facilities that are constructed, maintained, and operated in the most professional manner,” Dale says. “Going forward, this will be done at lower packaging costs. These retailers visit our facilities no less than annually and have audits for our processing system, storability, grower audits, and ethical audits on how we treat employees. It is very extensive. Facilities and operations are very important to the retailers we are doing business with. We can affect their operation in a positive or negative way, and they must have more than confidence in that relationship between processor and retailer. We are on the way to full automation or as close as any packer/shipper can get. We are strategically planning to achieve the automation goal as soon as possible for all these reasons.”

Eric explains that Borton’s facility strives to be at the leading edge of its food safety approach, unique in how it achieves sanitation, even including self-cleaning automation within the operation.

“This facility, and specifically the packing line, was built from the ground up with a food safety focus, to be cleanable and as accessible to sanitation needs as possible,” Eric shares, explaining it was designed in a way where Borton can access every part of the line easily and be able to clean it in an efficient and comprehensive way, using sanitation-ready materials throughout the construction of the line.

In addition, the team has built into the packing line several Clean-In-Place (CIP) systems to provide the capability to automatically and systematically sanitize areas of the line that are both traditionally hard to clean as well as take a lot of manual labor to clean. 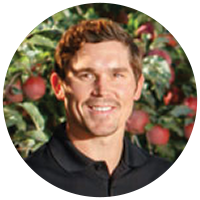 Every detail of this facility has been planned for a purpose and in a manner to achieve maximum efficiency, quality, and output. The new facility is an investment that will pay dividends for our company for generations to come.

“Another aspect of the facility that will provide efficiencies and reduced environmental impact is our Centralized Sanitation System, the first of its kind in our industry. We estimate at least 20 percent labor and time savings directly relate to the Centralized System, and it will also allow us to reduce our chemical and water use by approximately 25 percent. In addition, the system provides detailed data that essentially verifies and validates our sanitation program at this facility and allows us to monitor it in real-time what activity is occurring,” Eric explains.
It’s a project close to Eric’s heart as his role with the Borton team has developed over the past several years.

“When you look at the positive side of the tragedy, the right facility burned—it was the oldest and had the most issues from a building, mechanical, and operational standpoint”

“When I first joined the company in 2011, as part of the fourth generation to be involved with Borton Fruit, I was heavily involved in the management of our sales department, with a large focus being in the trenches of our export sales program. It provided a great platform to learn and understand the business from a global perspective. We merged our sales and marketing operation with Chelan Fresh in 2017, and my focus has transitioned away from the sales side of the business into the warehouse production and strategic development aspects of our business,” he tells me. 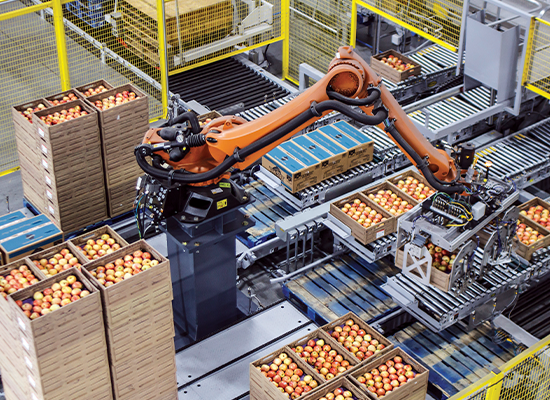 Dale’s background is even more extensive, having completed 37 years of service with Chelan Fruit Co-Operative, though he didn’t technically start with CFC until 2004.

“Through three Co-Operative mergers, I have remained with this company. I started in refrigeration and quickly moved to the packaging and production side. Through the three different companies I was an Operations Manager, Production Manager, and was Plant Manager at several points in those 24 years of production processing management. In 2012, I was offered the role of Projects Manager because of my involvement with production processing and a mechanical background, and I took the new opportunity. Currently, I have constructed all three cherry lines, four apple/pear packaging lines, and one pre-sizer. There is only one packing line that I have not modified or replaced with a new one based upon new design requirements at Chelan Fruit,” Dale says.

Both Eric and Dale have been with their respective teams long enough to recognize the huge steps the new facilities mark for each of their companies, and the fruit industry as a whole, as they work toward establishing the foundation for more sustainable practices ready for generations to come.

“With this rebuild, our key customers have seen firsthand our commitment to the future with the buildings, the type of building construction, and the automated packaging lines. I believe most retailers, and people in general, would say this is a world-class operation,” Dale assures. To put it simply, he adds, “We are poised for the future just as the same growers were nearly 100 years ago.”

Despite such different beginnings, both companies’ operations mark a continued evolution of where we can expect the team to go next. I think that it is safe to say that, even if lightning strikes twice, the idea that fuels Chelan Fresh and its grower partners will not just remain standing, it will strengthen.